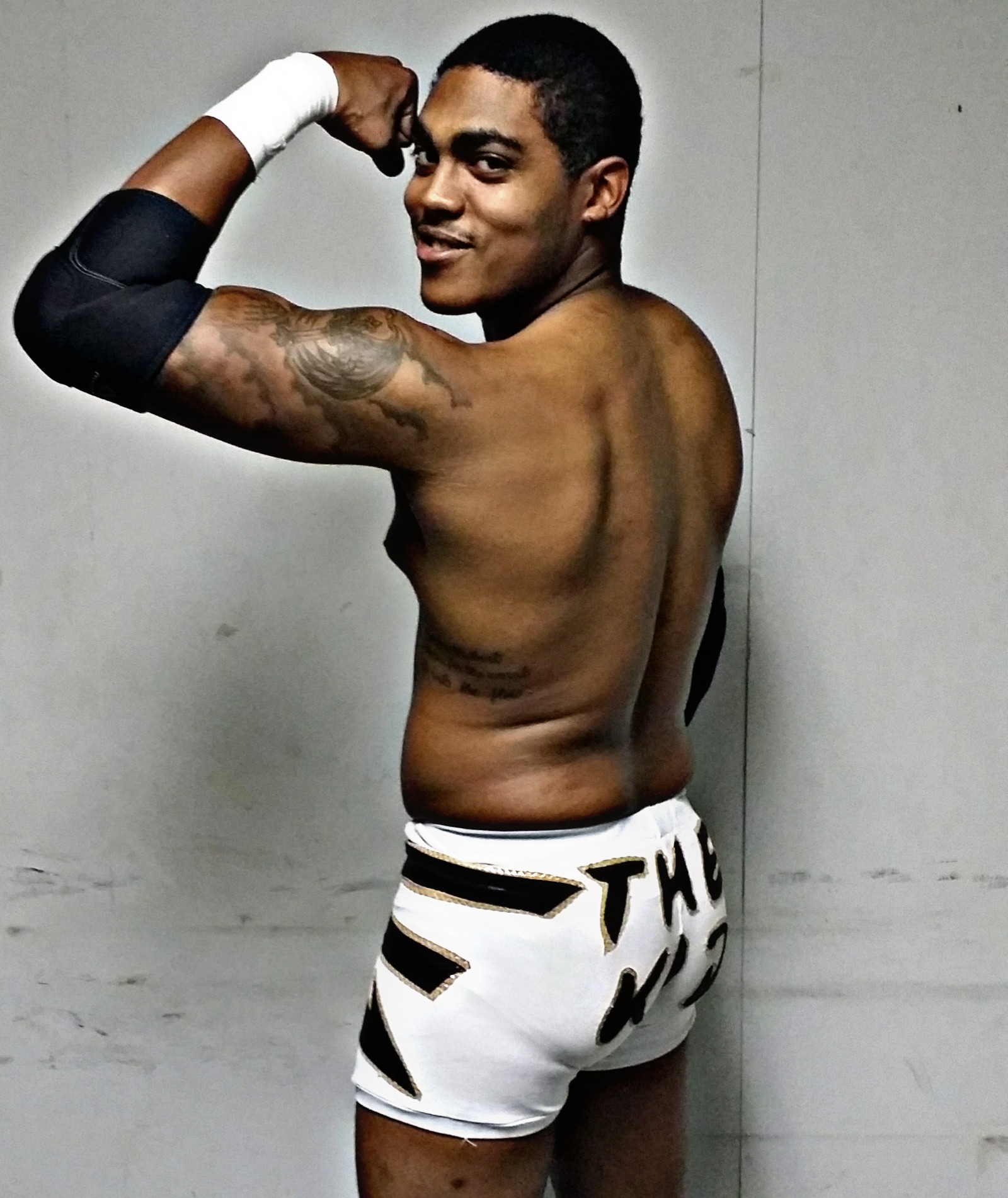 As everyone know by now, VCA’s September 4th show is this week and the stars of VCA have been training and studying hard in preparation of the event. One star on the come up and loved by many is VCA star Chris Evans.

Chris Evans, also known as Da Kyd, recently broke into the company and has been proving naysayers wrong every since. Evans was trained by fellow VCA star Allen Dalton but broke free from the Juniorvative champ in order to begin writing his own story. Since being employed by the company, Evans has constantly bumped heads with the VCA CEO Terra Rae.

Terra claims that Evans wanted to sleep his way to the top by making unprofessional advances at her, but lately Rae’s actions have shown differently. Most recently, Terra was seen kissing an unconscious Evans after Xander Raines laid the newcomer out. Rae insists she only kissed Evans because she wanted him to see what he was missing but would never have.

Just like many others in the company, Evans opponent this Friday, Raines, said Evans was nothing more than a “johnny come lately” who’d no one would remember in a year or two. Raines informed fans he was tired of guys like Evans and Kaptain Justice entering his sport and showing a lack of disrespect for the business. Raines insists Evans is only in wrestling to try something out and Justice is nothing but a paper champion. Raines continues to remind everyone he didn’t get it easy and won’t have anyone else getting it easy.

If Evans doesn’t beat Xander this Friday, Evans will be fired! The same doesn’t apply to Raines, but Terra made it clear that Evans must defeat Raines in order to stay employed with her company.

This Friday make sure you’re in attendance for the best wrestling in the area from the best company in the area. This Friday tickets for adults and kids are only $10. Bell time is 8pm. Location is 3035 Directors Row inside the Directors Plaza II Suite E Memphis, Tn.