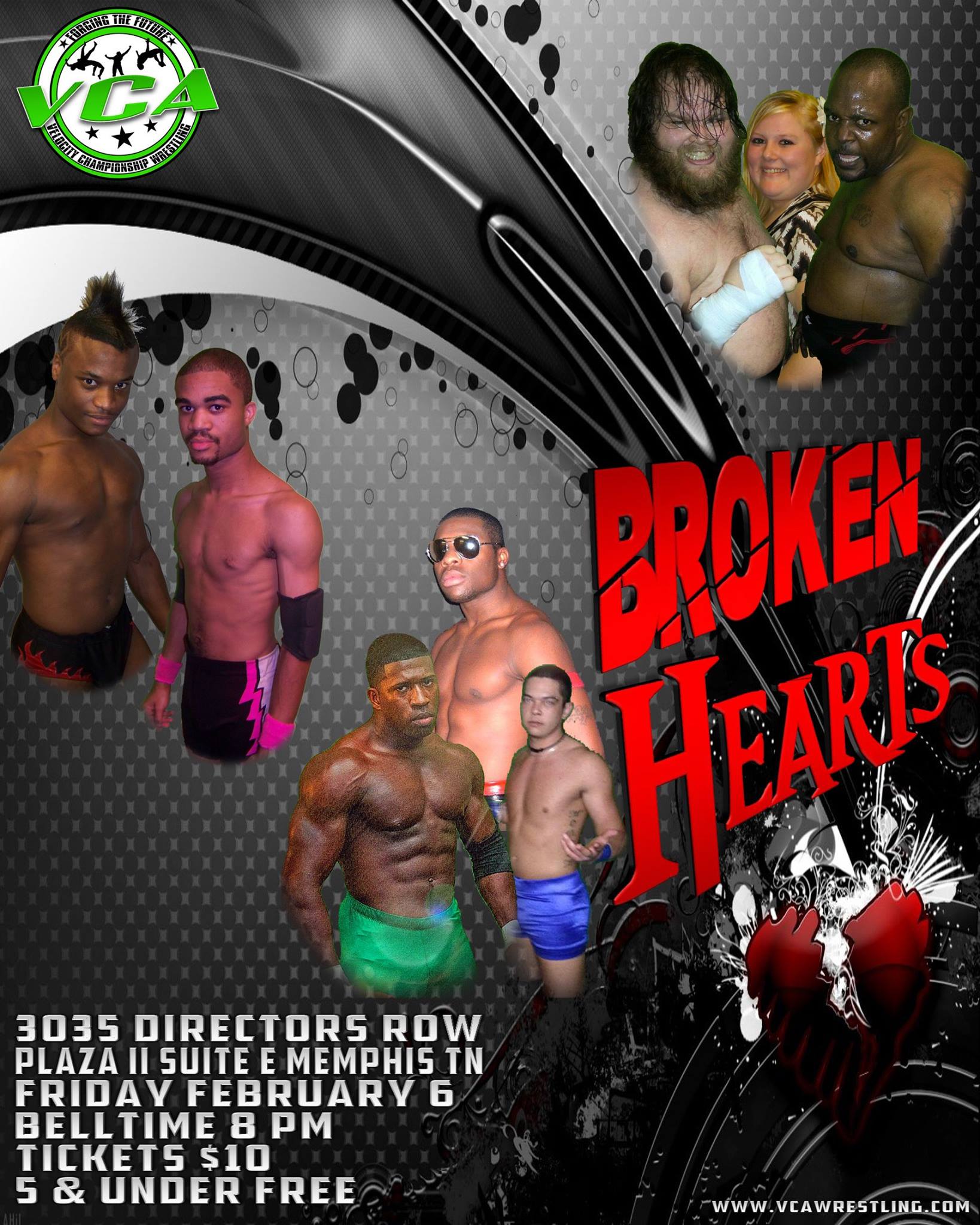 VCA’s Broken Hearts takes place Friday, February 6 at 8pm. Tickets for the event is only $10 and kids under the age of 5 get in free. The match headlining the event and that has everyone talking is the Buried Alive match featuring Kaptain Justice and Crazy Jack. The match was made after the new owner, Terra Rae, insisted that she would make Justice pay for sticking his nose in her team’s business. Justice and Jack had already been involved in a heated feud so this new added stipulation only added fuel to the fire. Jack has promised to not only break Justice’ s heart, but to drag the American hero straight to hell. The Kaptain has continued to stay on the path of righteousness insisting that he has the fans on his side and that’s all that matters. The objection of this match is to dump your opponent in a grave and bury him with dirt in order to win the contest. Justice has the fans on his side, but lately Jack has been on an impressive winning streak not to mention the Buried Alive match is Jack’s type of match. Also appearing that evening, Malik and Allen Dalton will team in taking on Big Country in the best 2 out of 3 series. As of this moment, Big Country leads the series with 1-0. If Malik and Dalton don’t win match 2 of the series next Friday the series will be over and the two teams won’t make it to Broken Hearts. Malik and Allen have to find a way to get back in this series or their chances of competing at Broken Hearts is over. The Juniorvative champion, Brooks, will defend his championship title against a young and hungry David Morton. This match is for sure to be one that fans won’t forget. Brooks has stated that he’s the Juniorvative champion and it’ll be that way for a long time. The former champion, Anthony Payne, who many say was cheated, will also be in action against the powerful Shawn Hoodrich. Payne will definitely have the odds stacked against him as he tries to put away Hoodrich. Also scheduled to appear is Andres Sanchez, Terra Rae, Mike Cobbs, and more.