The 2015 Charlie Awards was a night filled with excitement and celebration honoring VCA stars for their many accomplishments.

The award show wouldn’t be an award show without action so Crazy Jack kicked off the show by facing VCA legend Cymba. 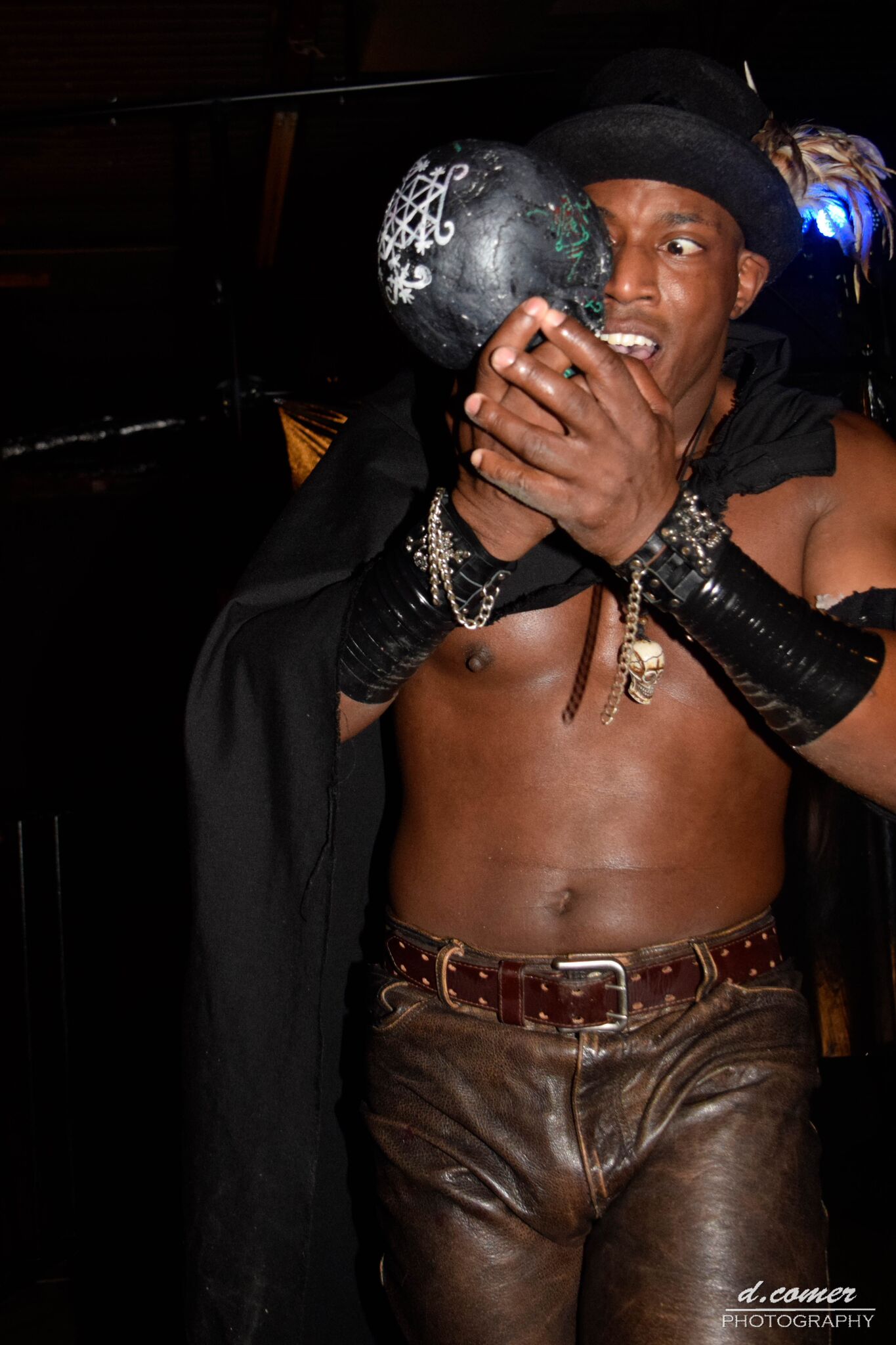 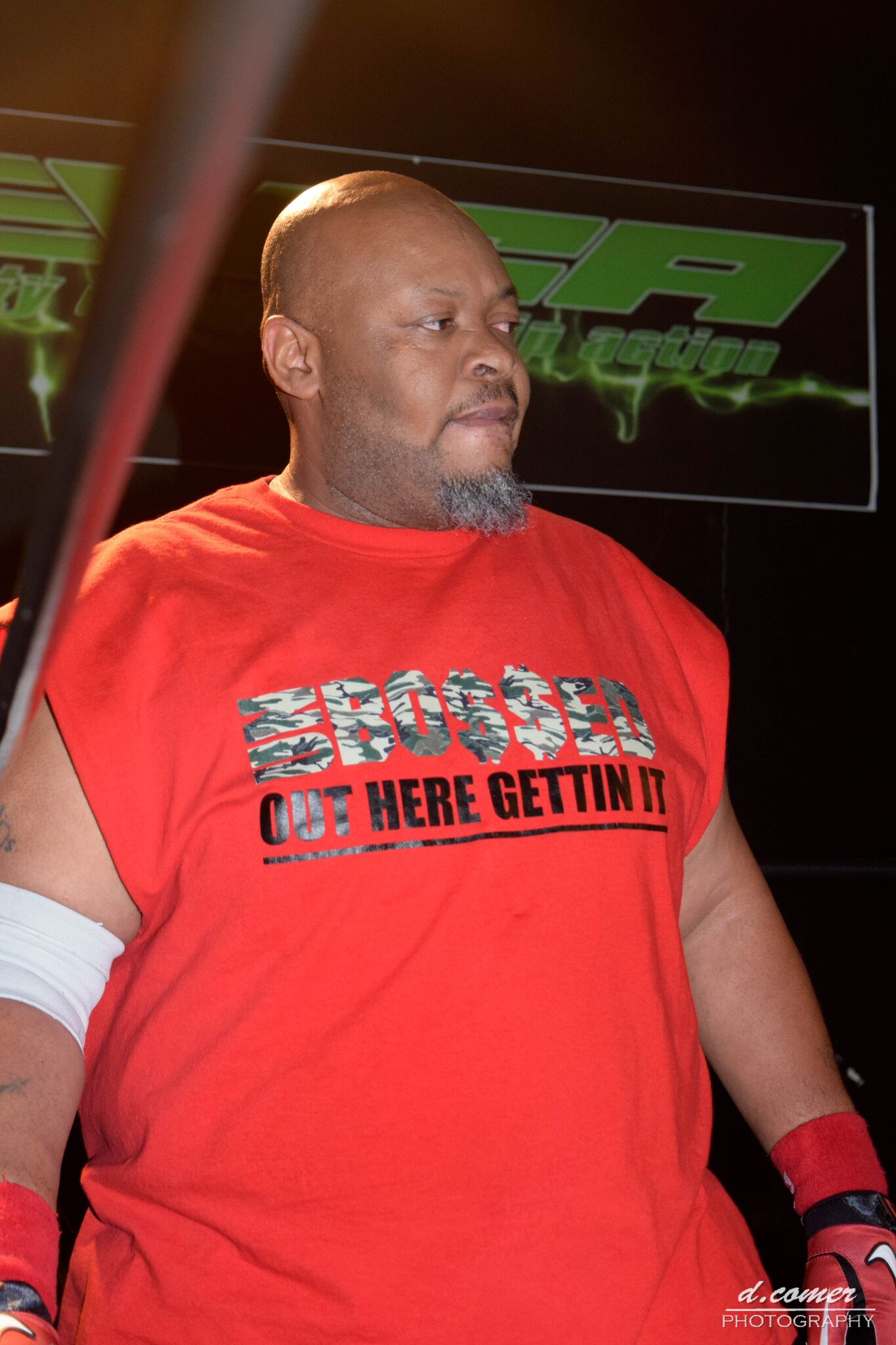 Jack felt he had something to prove by not only taking on the vet, but by proving to everyone that Cymba’s days as a competitor was over and that the days of Jack had just begun. 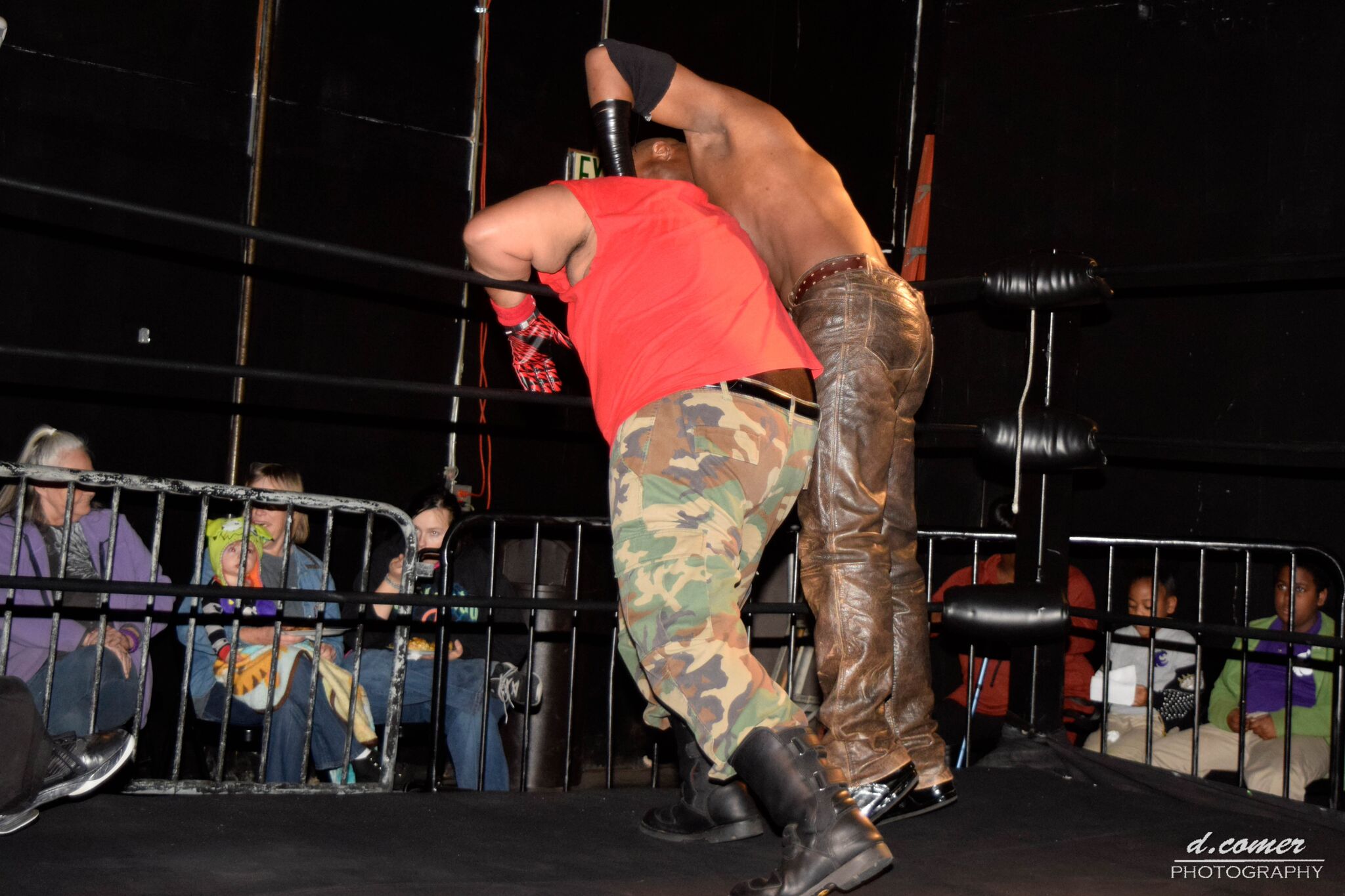 With all that twisted and evil things Jack threw at Cymba, Cymba was able to fight his way back and defeat Jack after applying the Japanese Bend back. 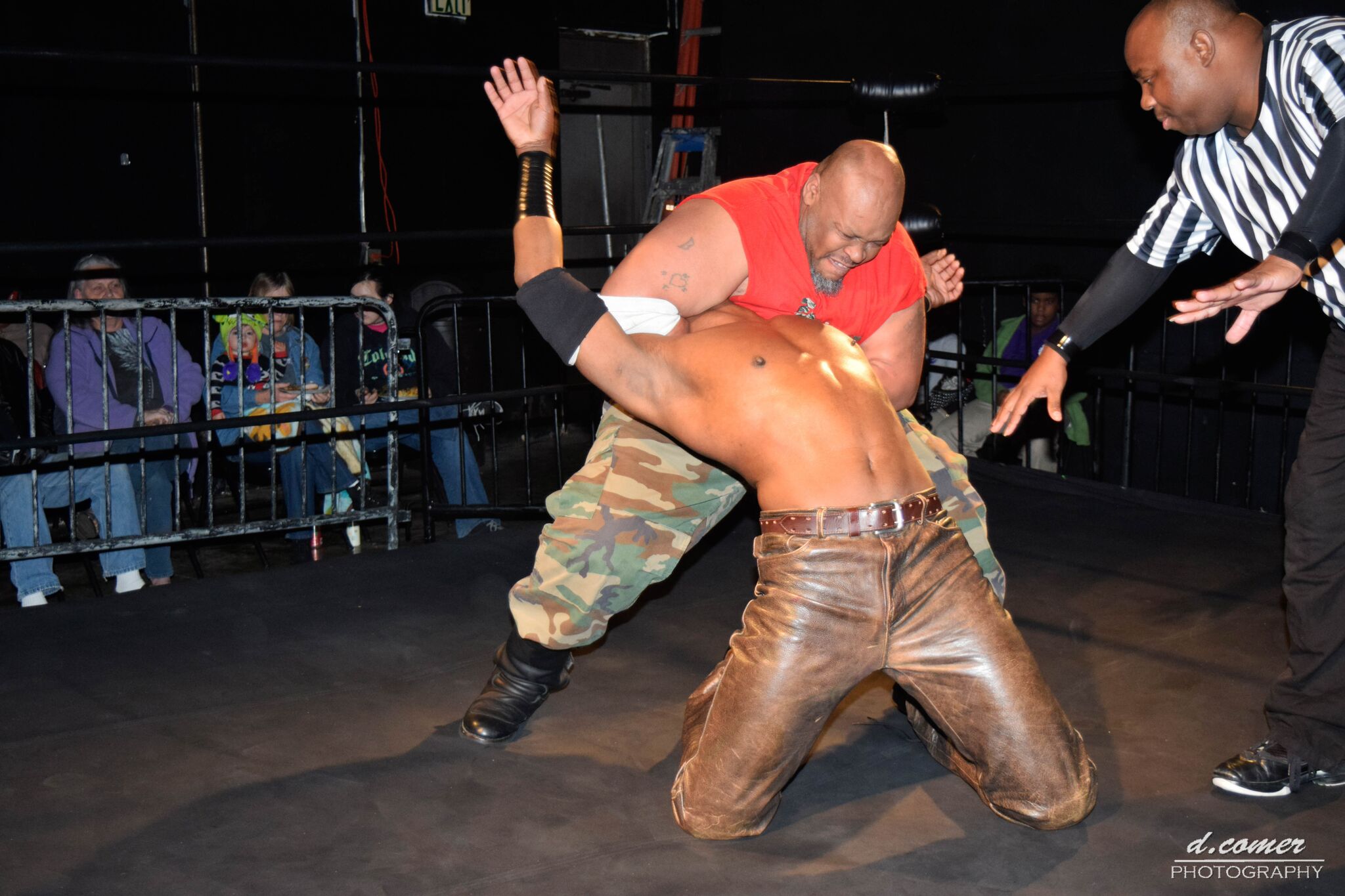 Between matches fans were treated and served to some good southern home style eating. And get this, the food was free! 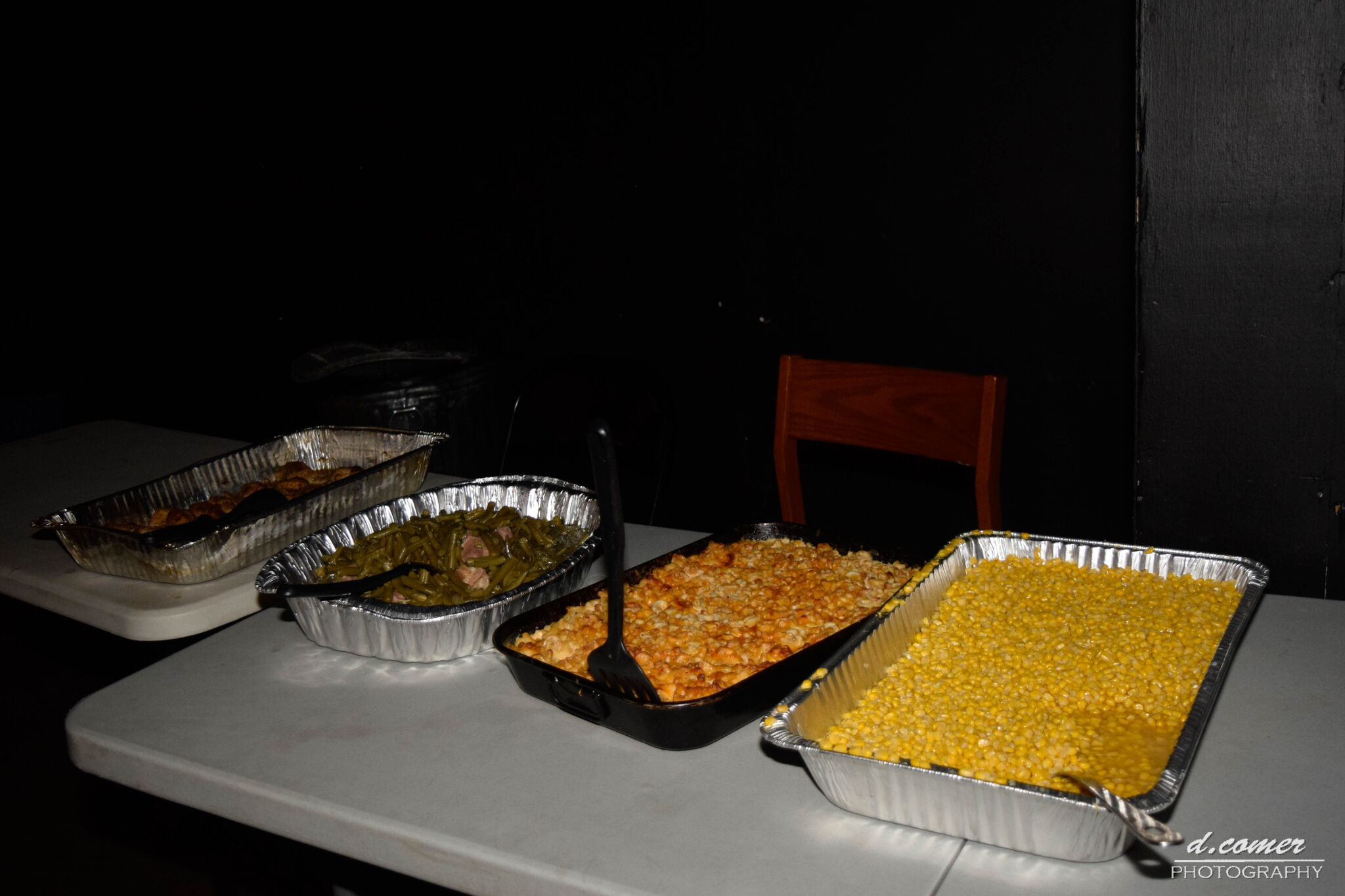 Malik’s team consisted of Allen Dalton and Chris Evans whereas Brooks implemented the services of Syn and the VCA heavyweight champion Big Tiny. 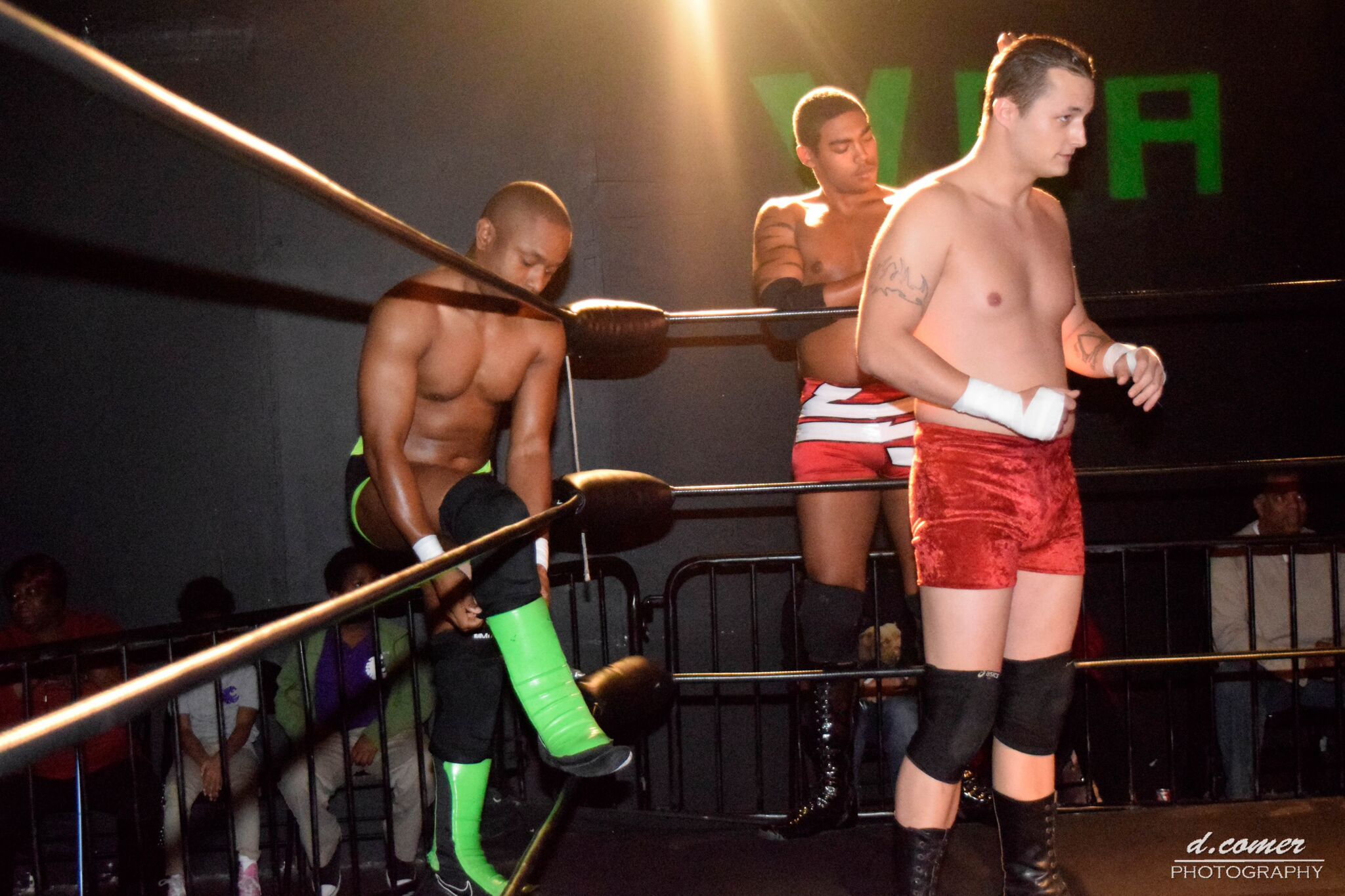 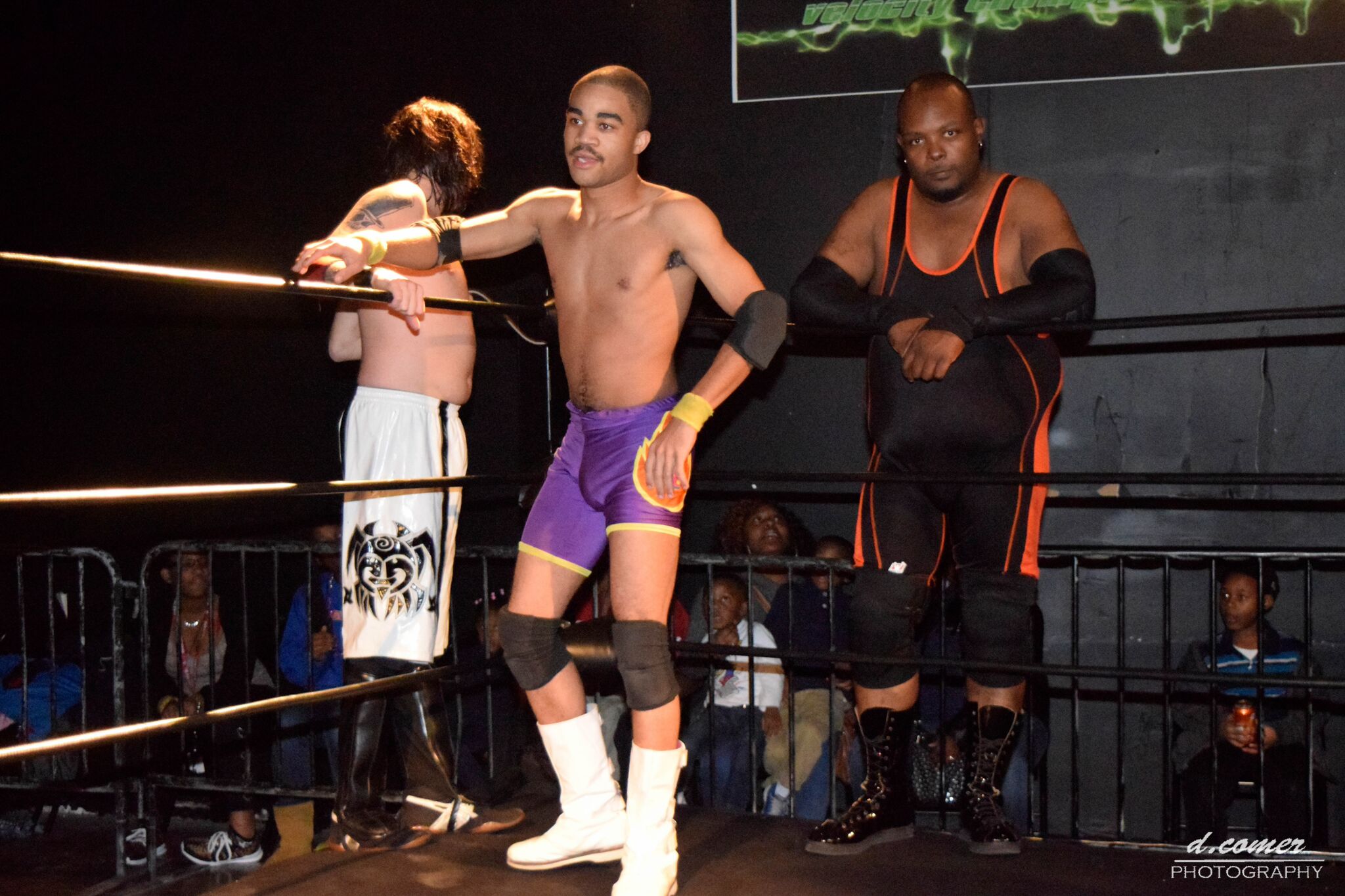 The match had fans on their feet from start to finish with a shocking first elimination.

Brooks was the first to be eliminated from his team followed by Malik who was shortly eliminated next forcing the match into a regular tag contest. 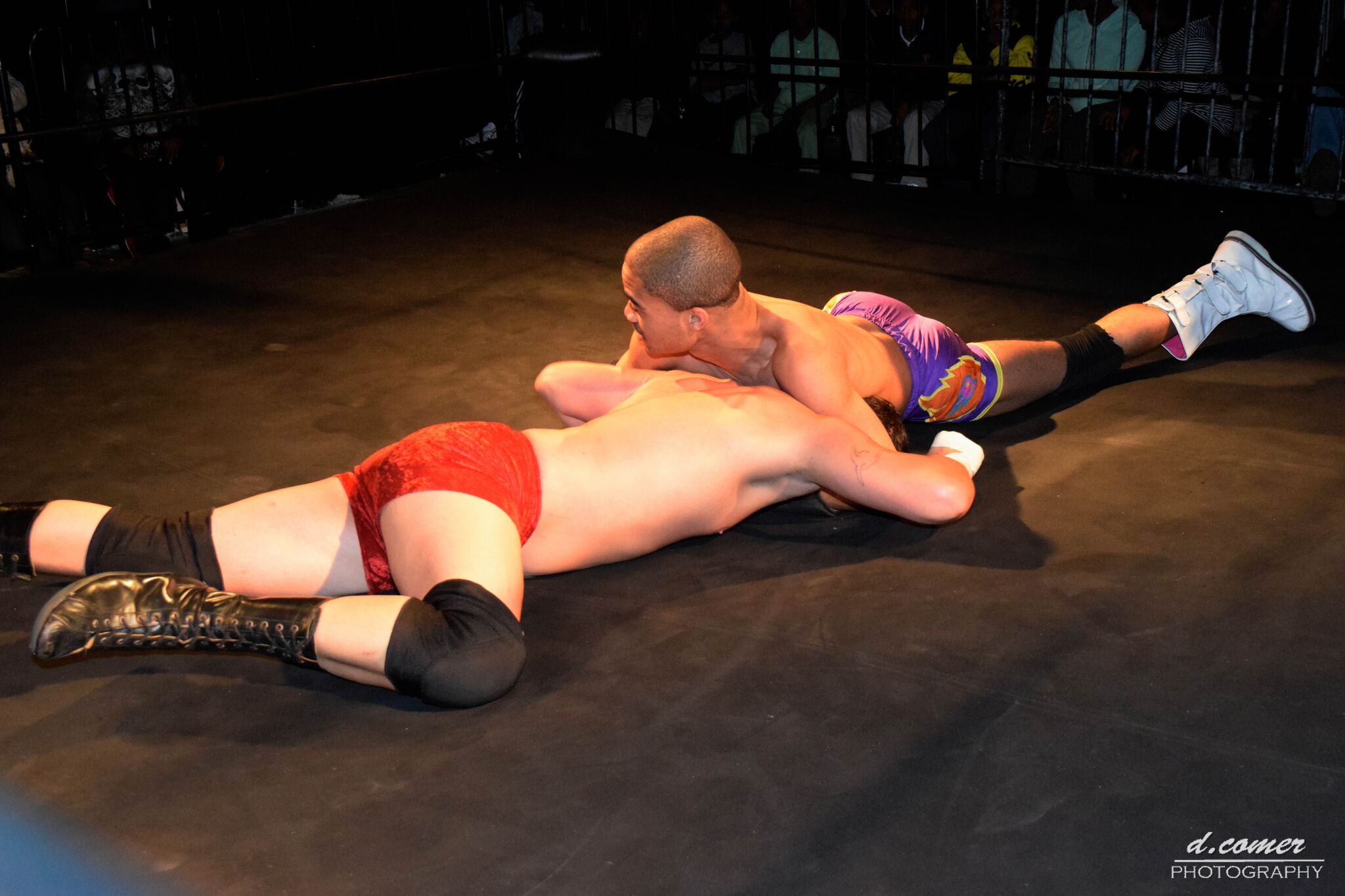 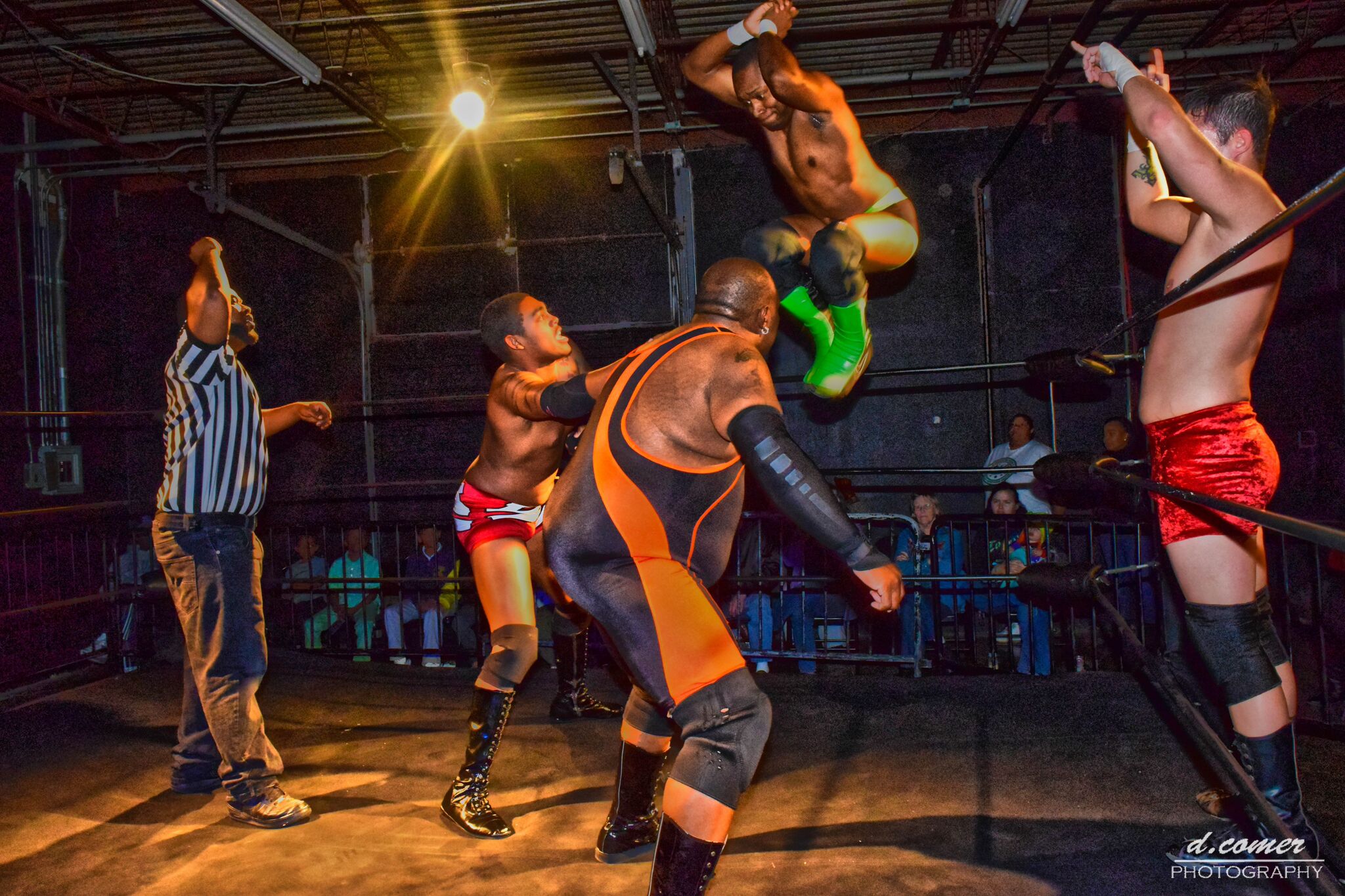 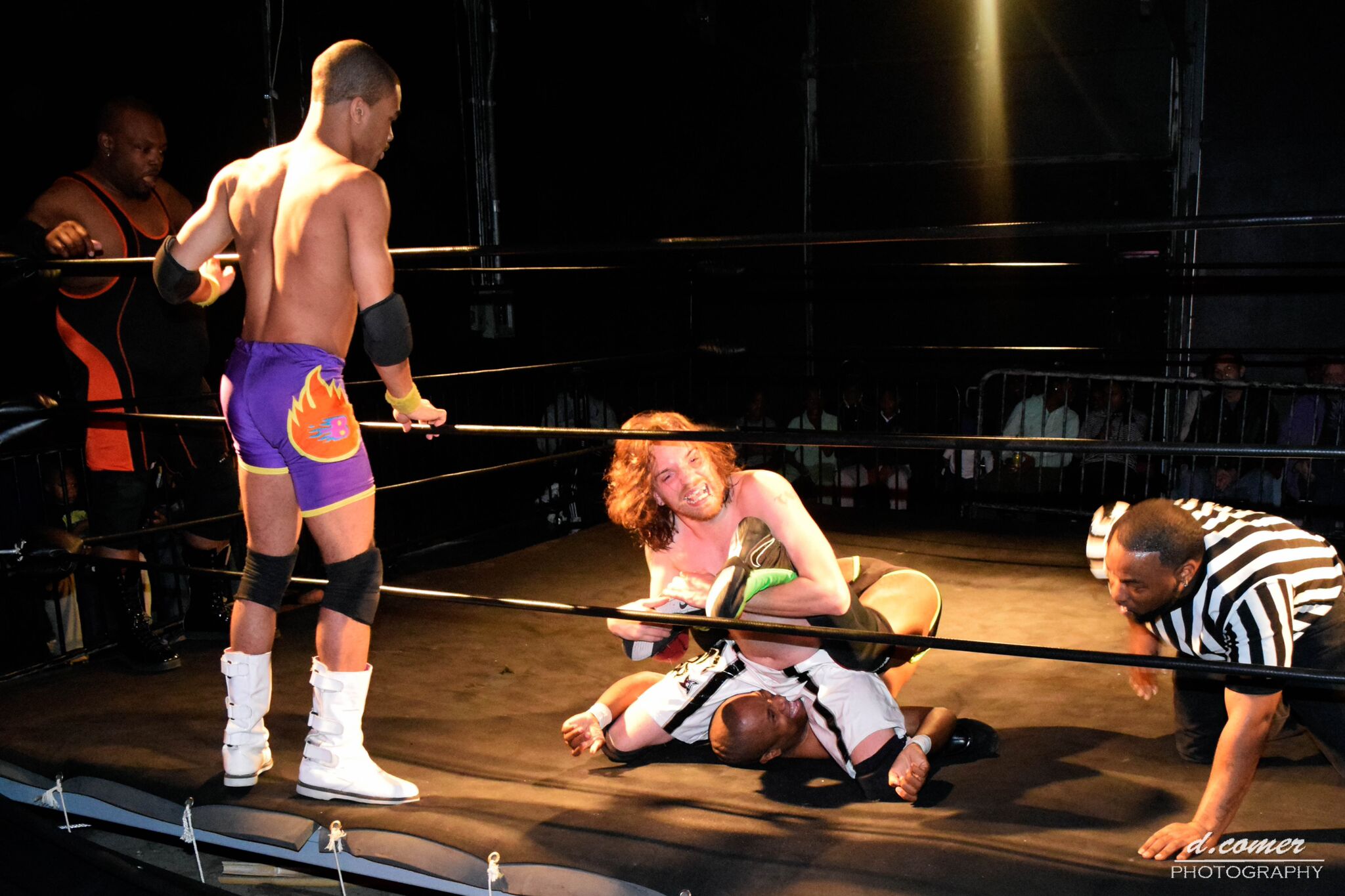 The final four battled for their teams hoping to survive and become the victors in the contest, but Evans was soon eliminated leaving Dalton as the sole survivor for his team. 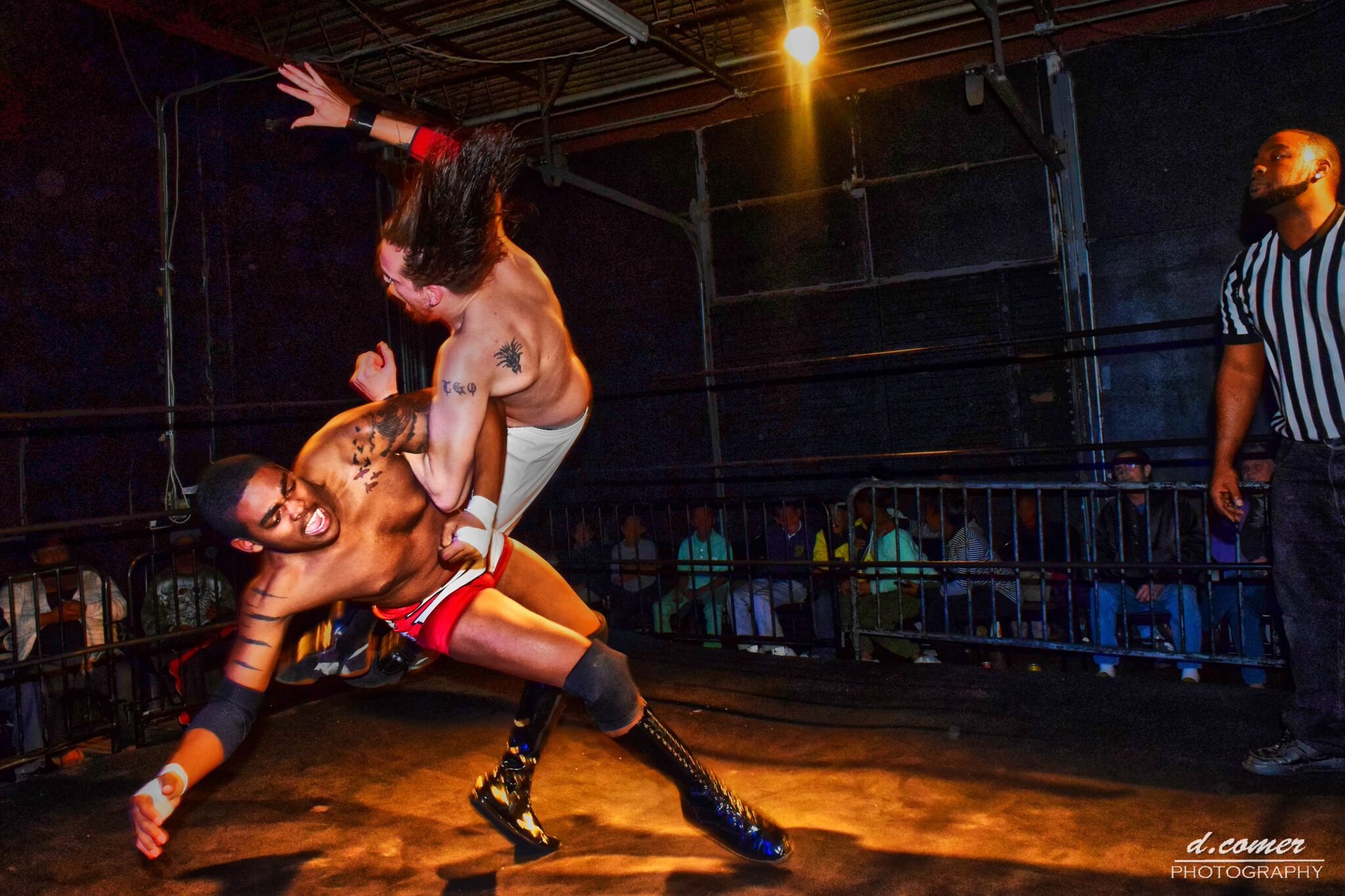 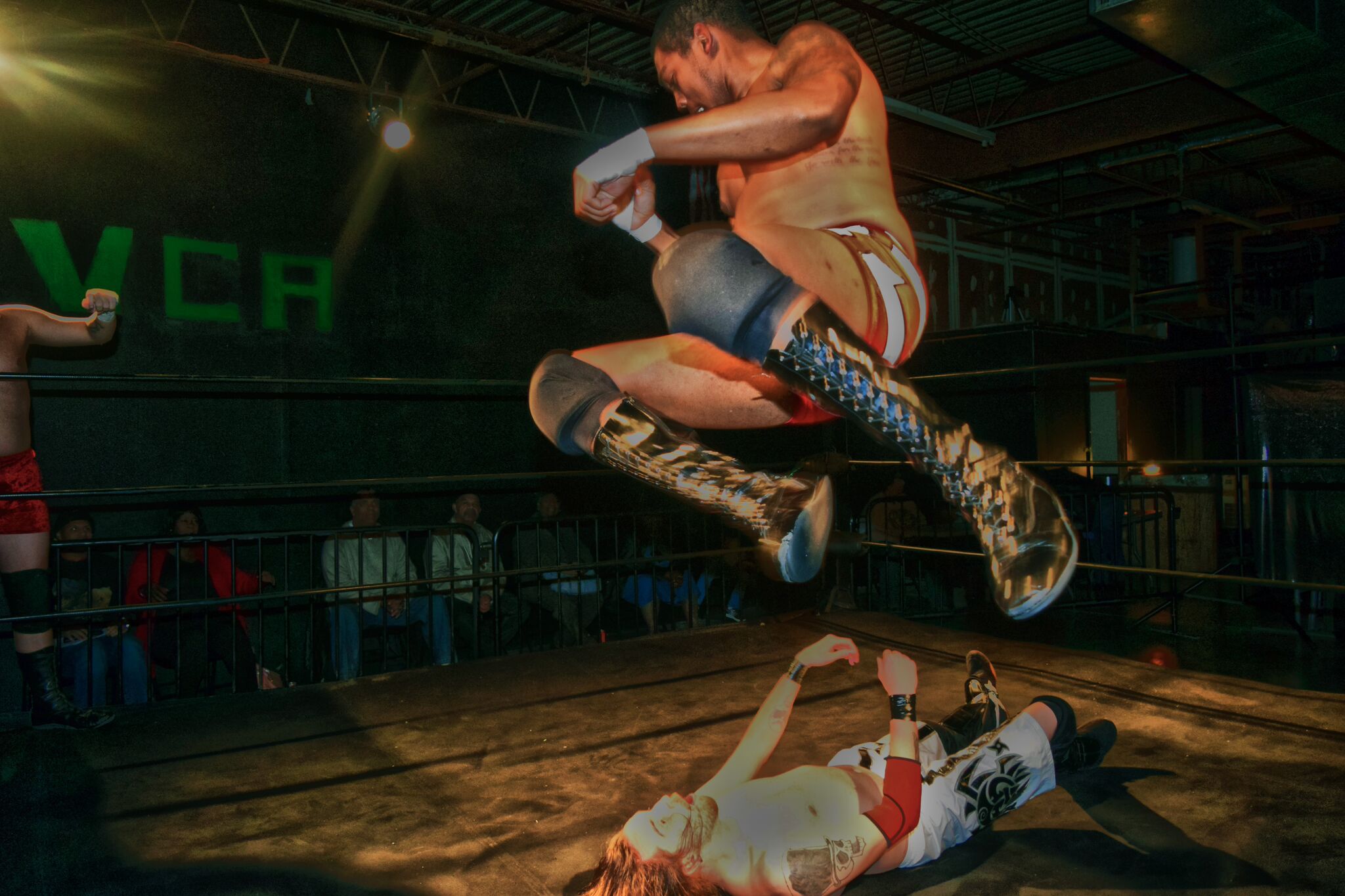 Seeing that Evans had been eliminated, Syn and Tiny saw this as the perfect opportunity to crush the number one contender.

After pumbling Dalton back and forwards, Dalton found an opening and eliminated Syn from the contest after Syn missed a Swanton. 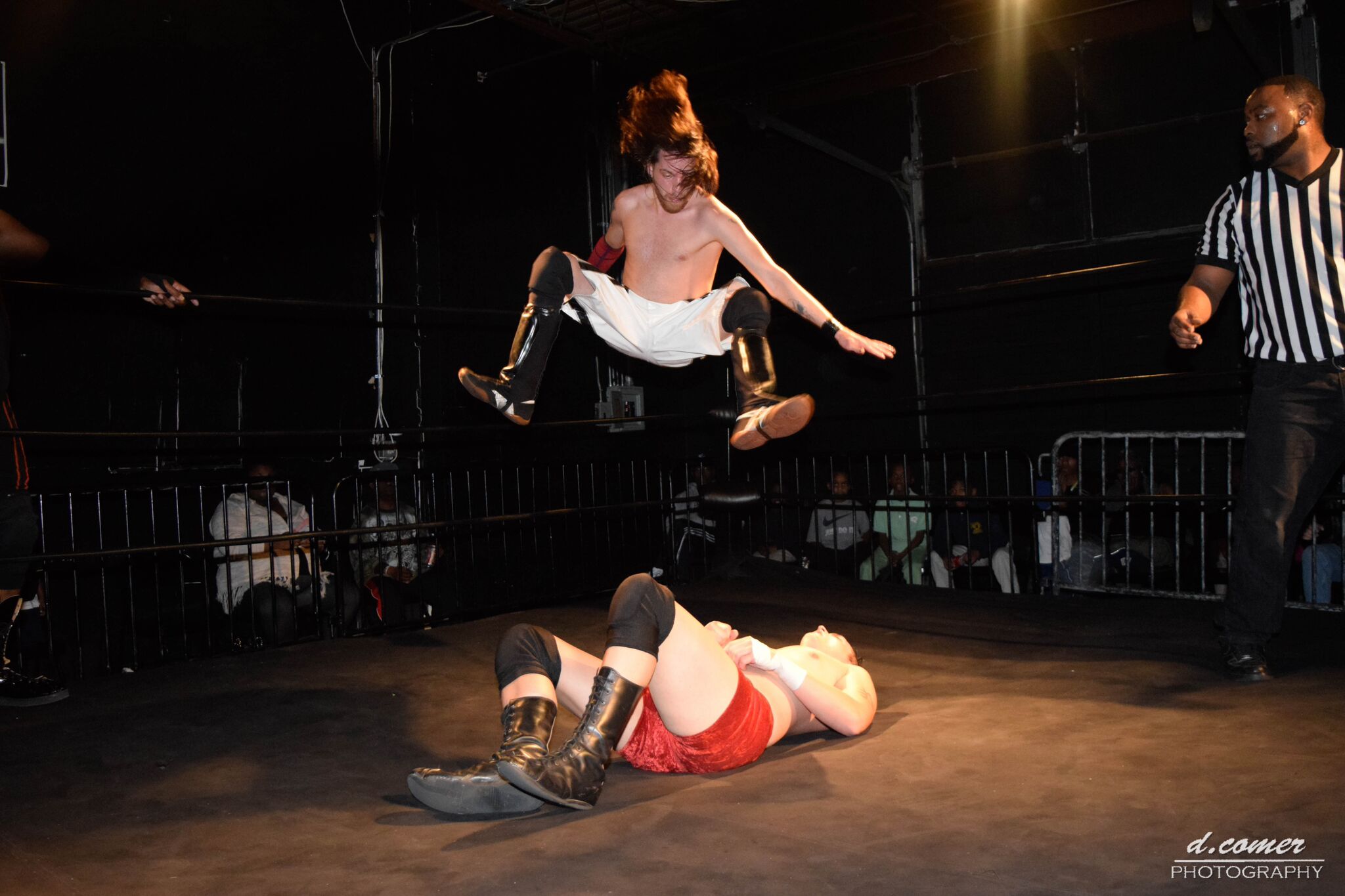 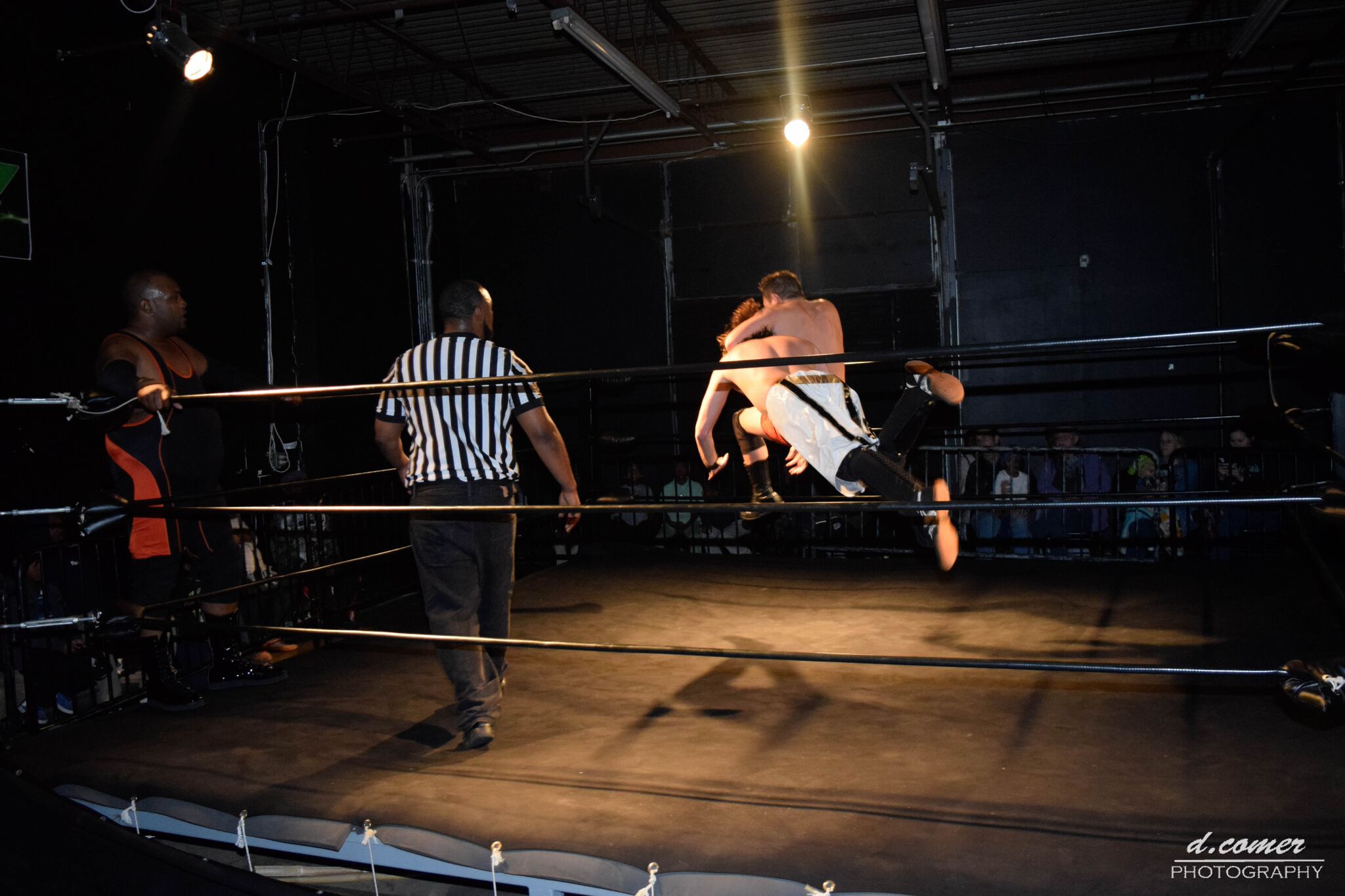 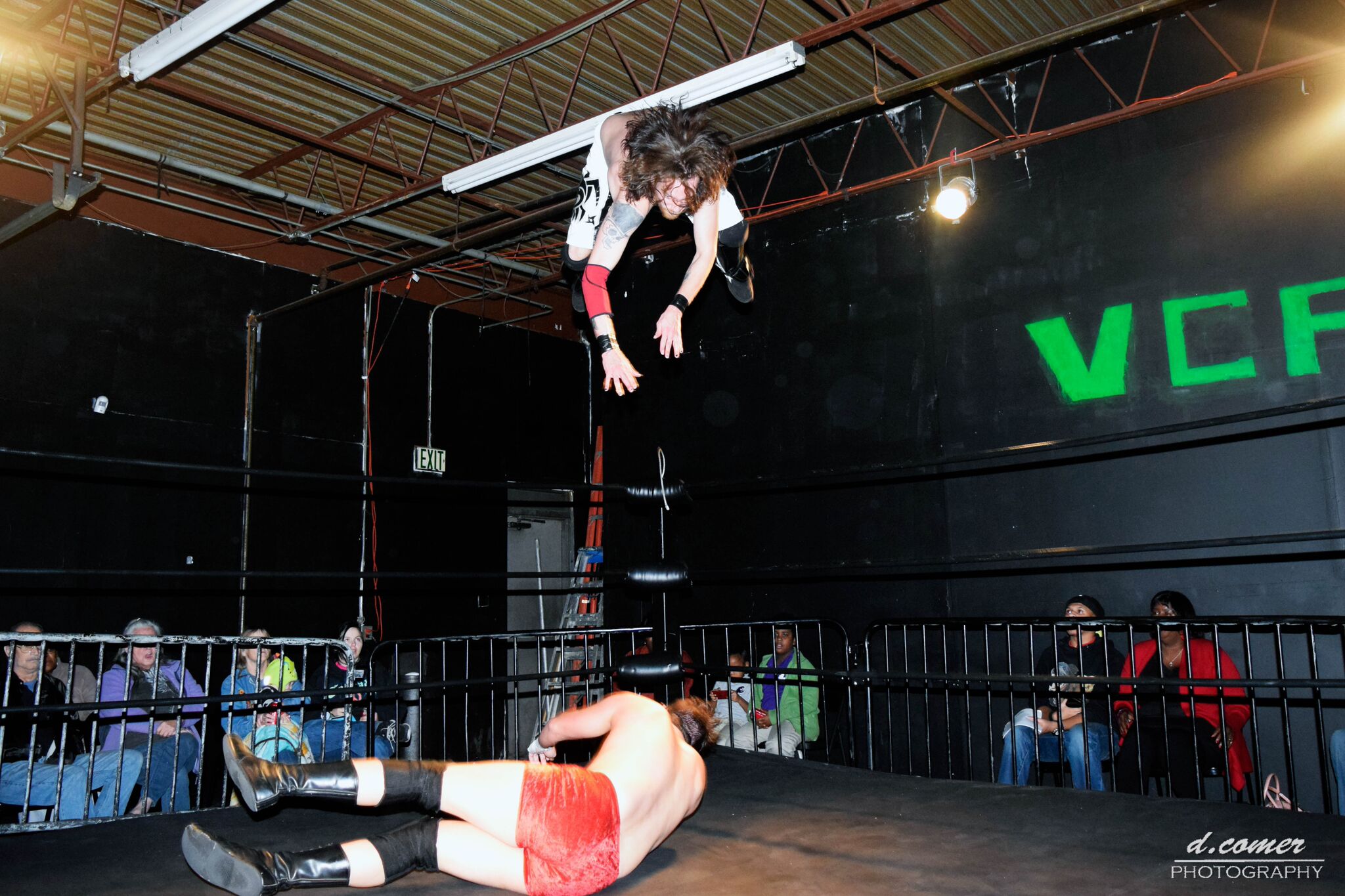 The match then came down to Dalton and Tiny, but Dalton was no match for Tiny as Tiny plowed through the number one contender getting the win for his team. 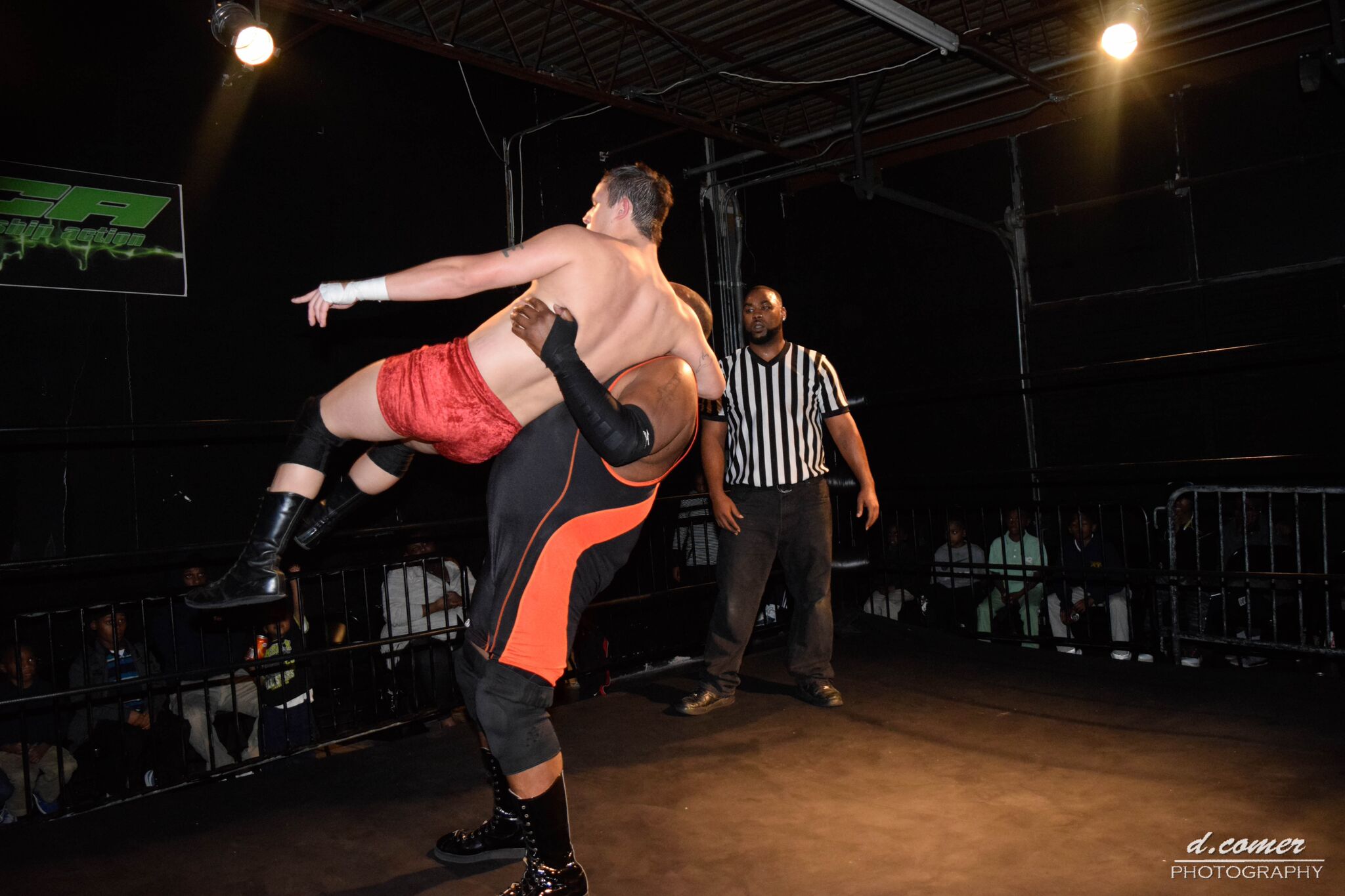 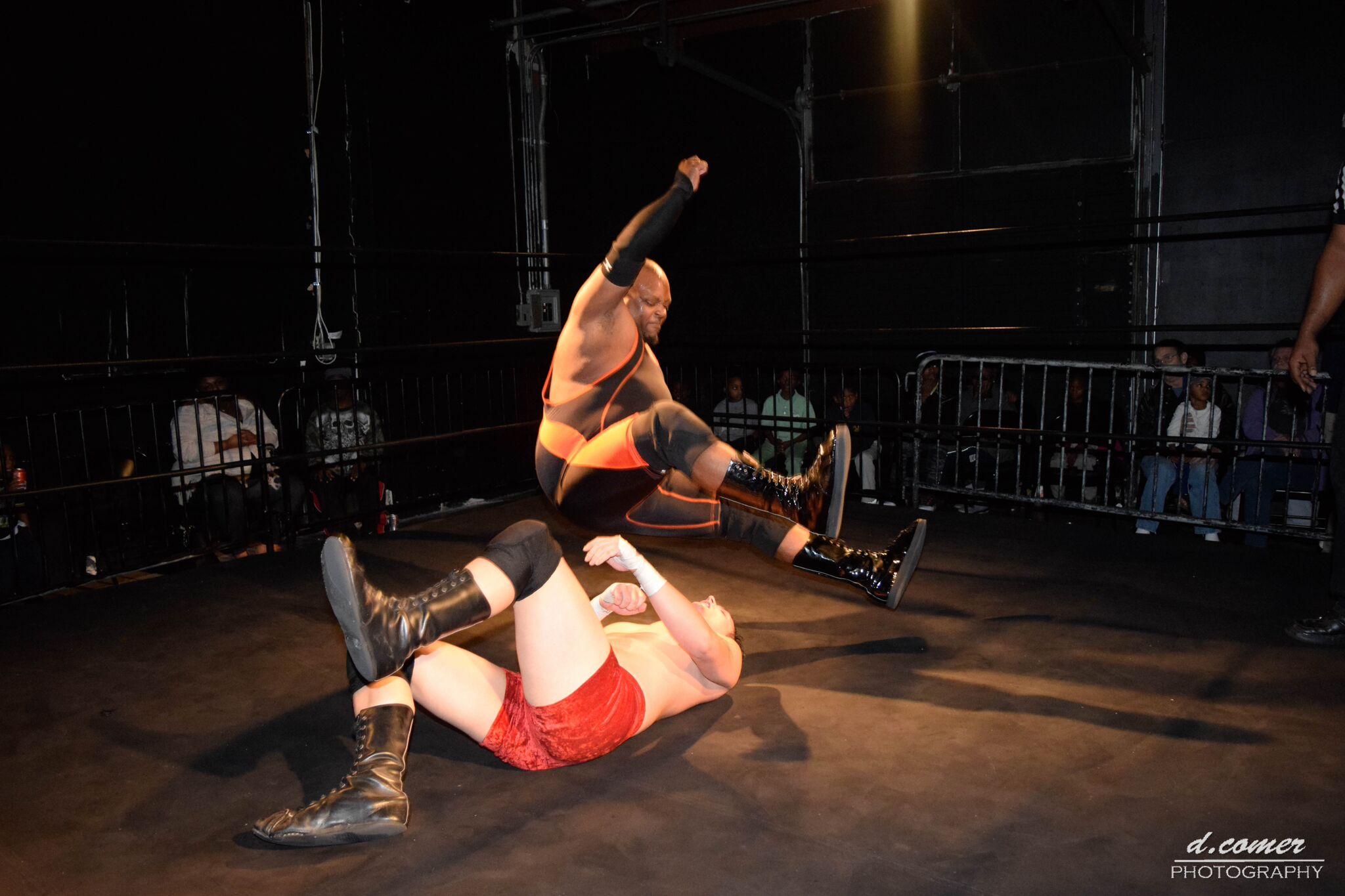 After the match Tiny informed Dalton that he will suffer the same fate at Extravaganza Sunday, December 27th. 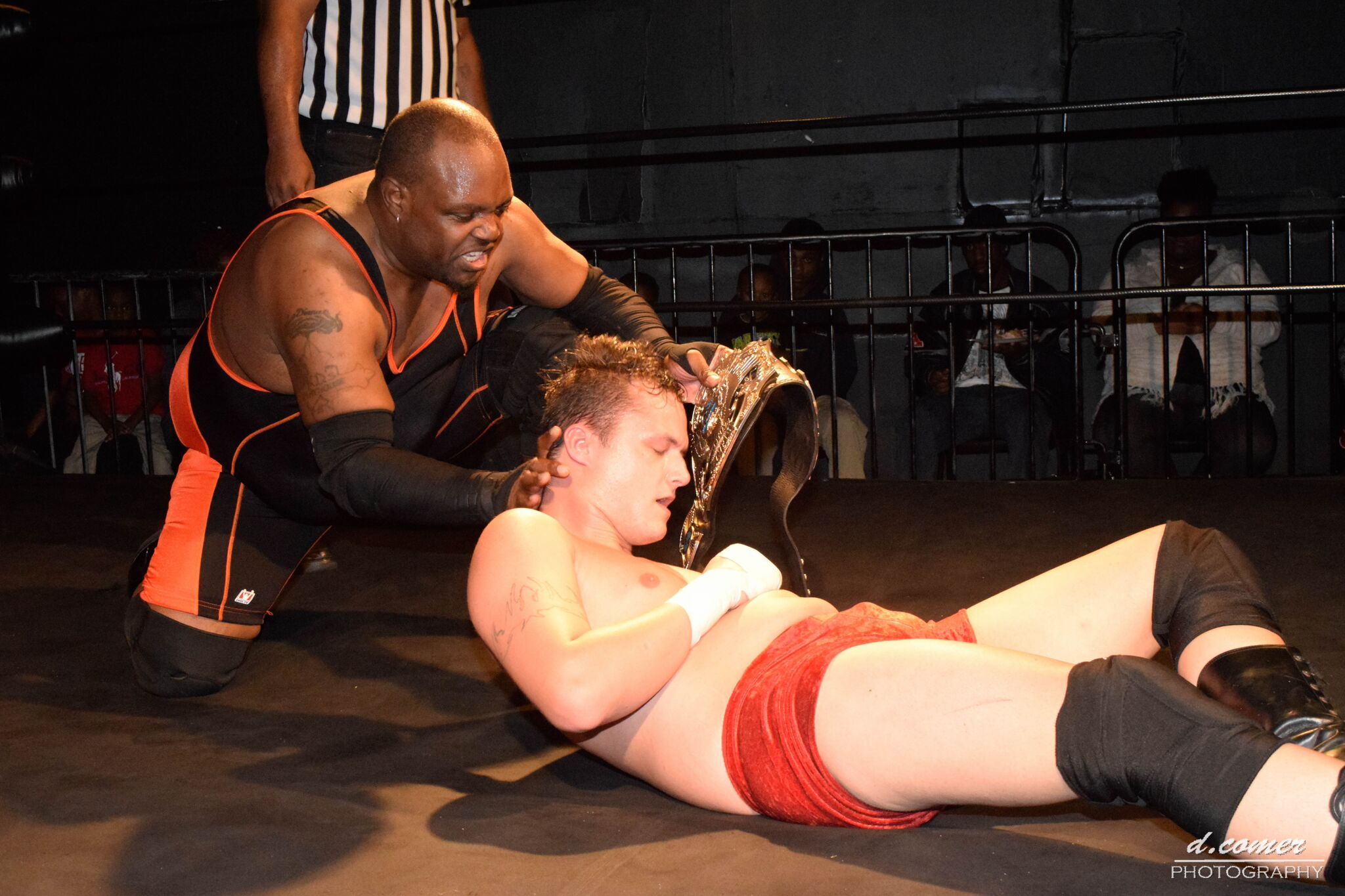 The next section of the show featured the award cermony.

Jake was the winner of the Most Unorthodox award.

Referee John picked up the Referee of the Year award, but some say with John’s actions during a bout earlier he didn’t deserve the award. 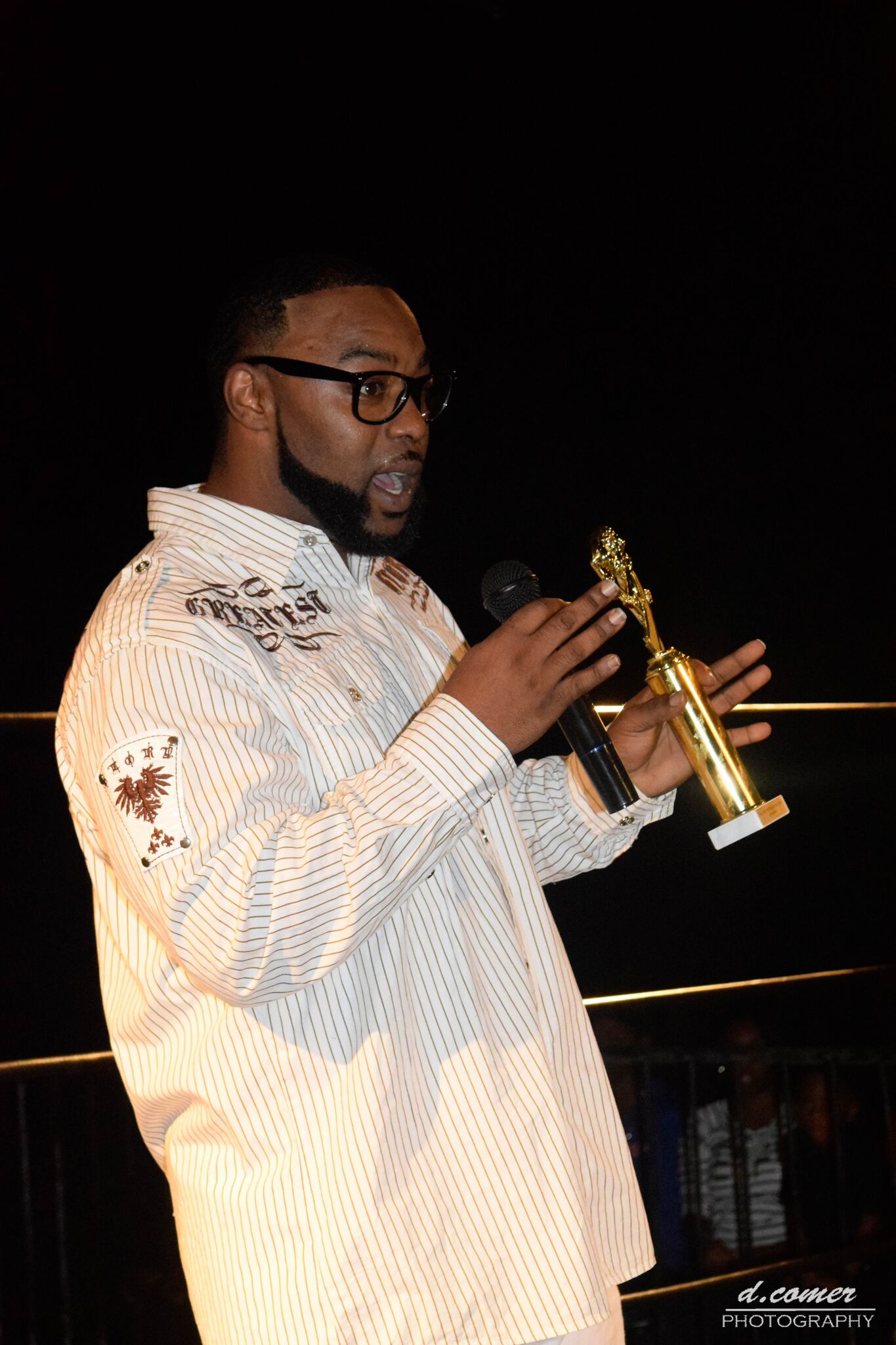 The Fan of the Year award was won by Mrs. Cathy. 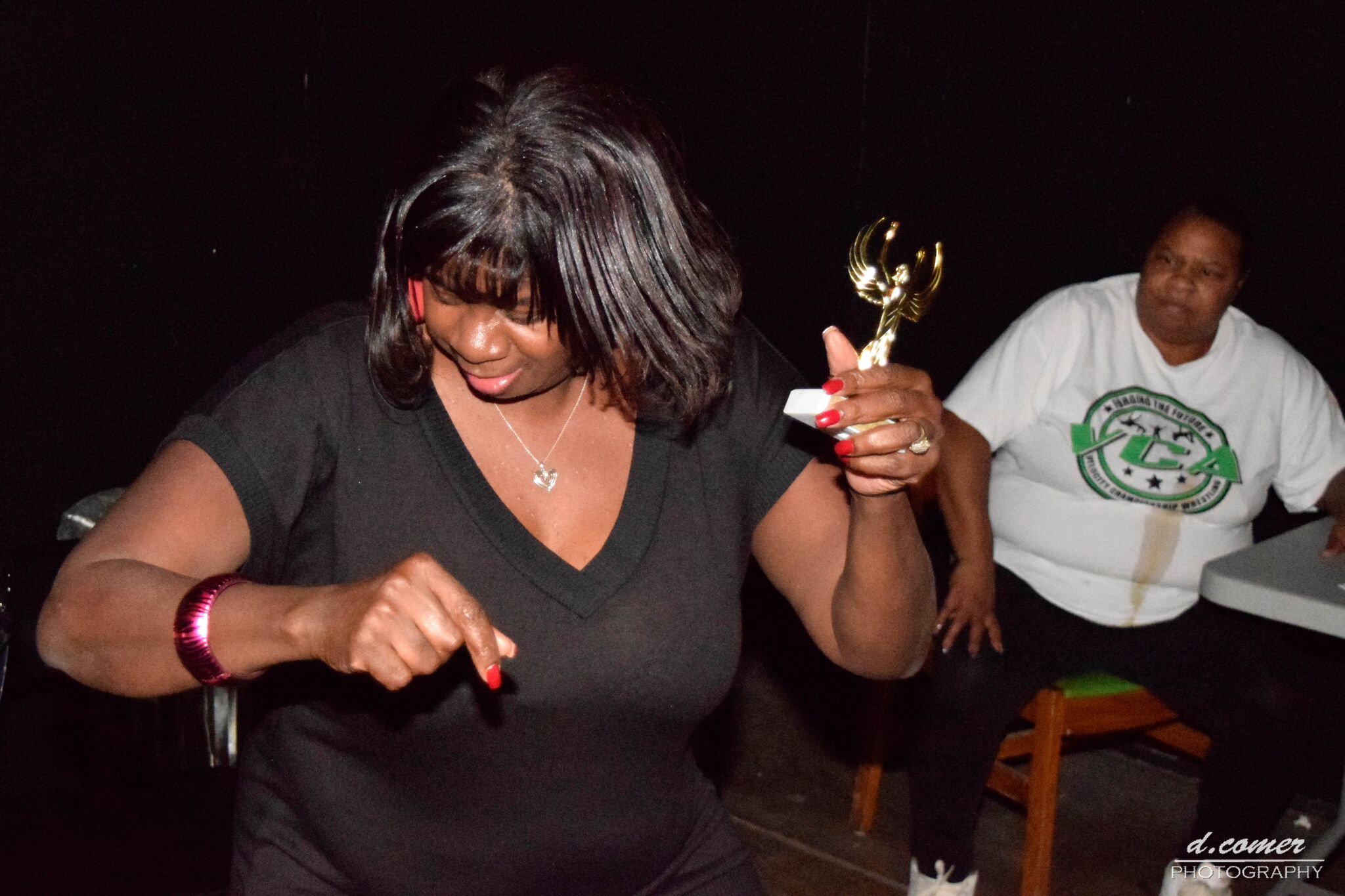 Xander Raines won an award for 2015 Moment of the Year for his return.

Daffie and Linda won an Appreciation award for 2015. 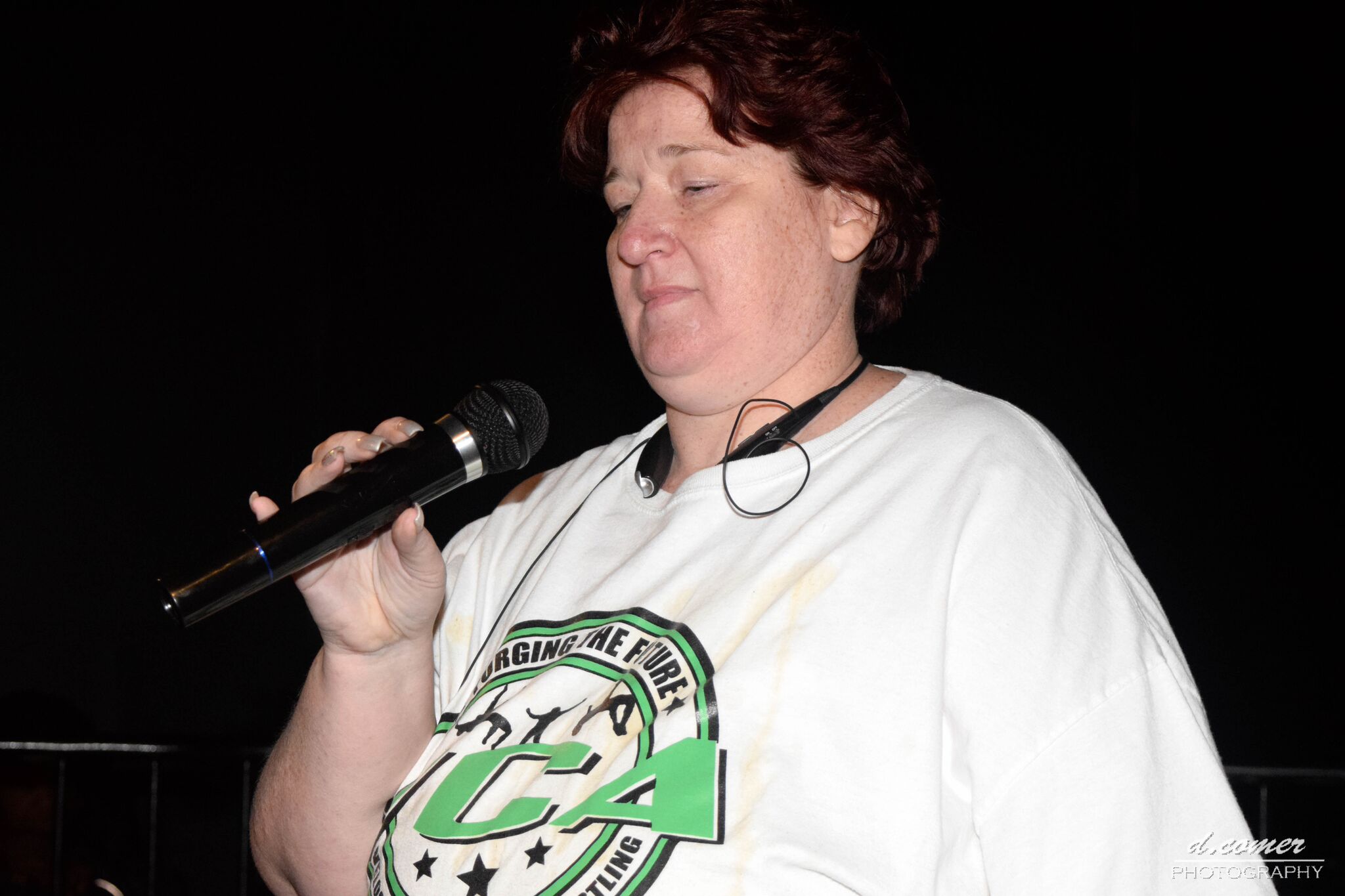 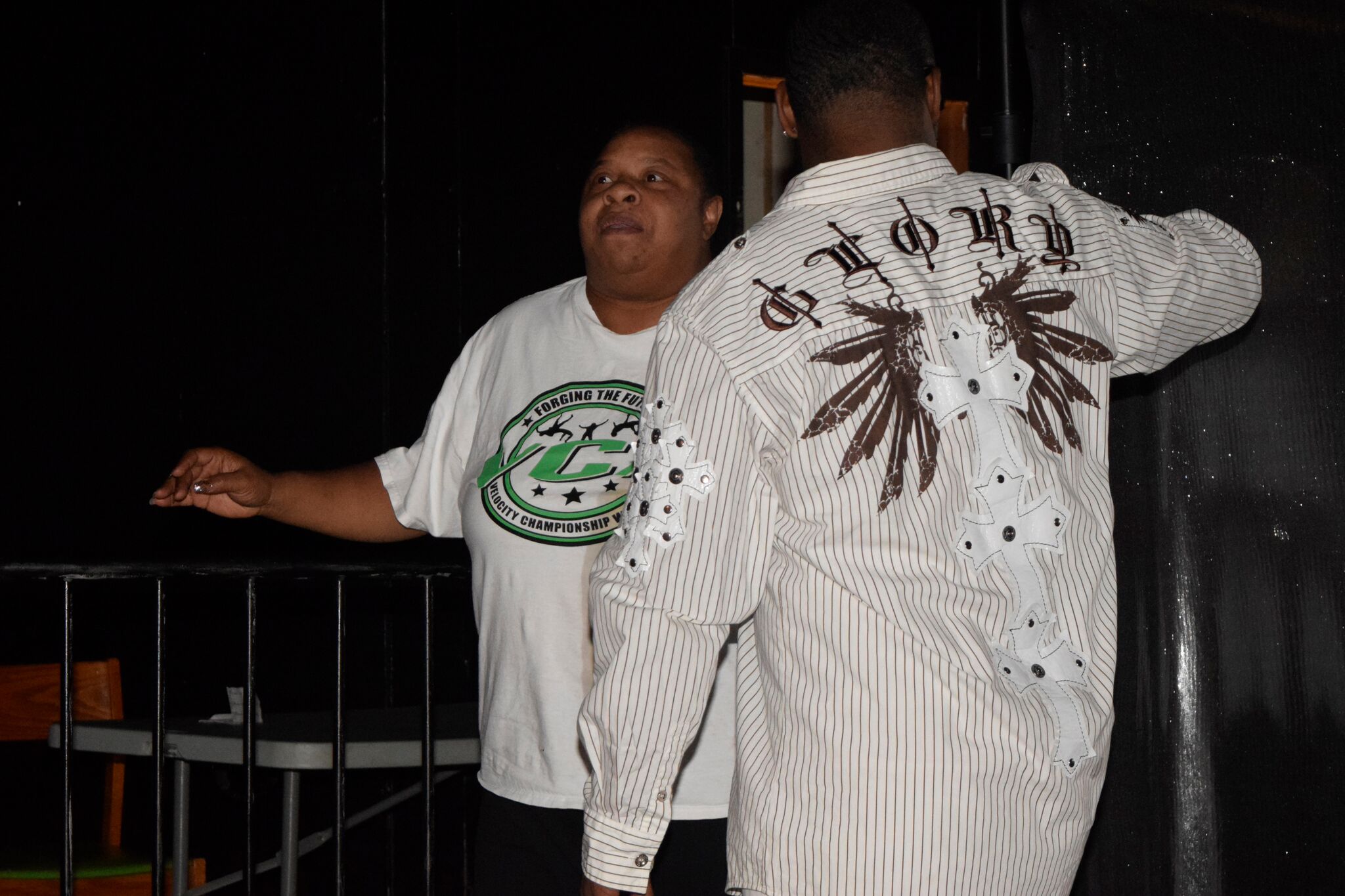 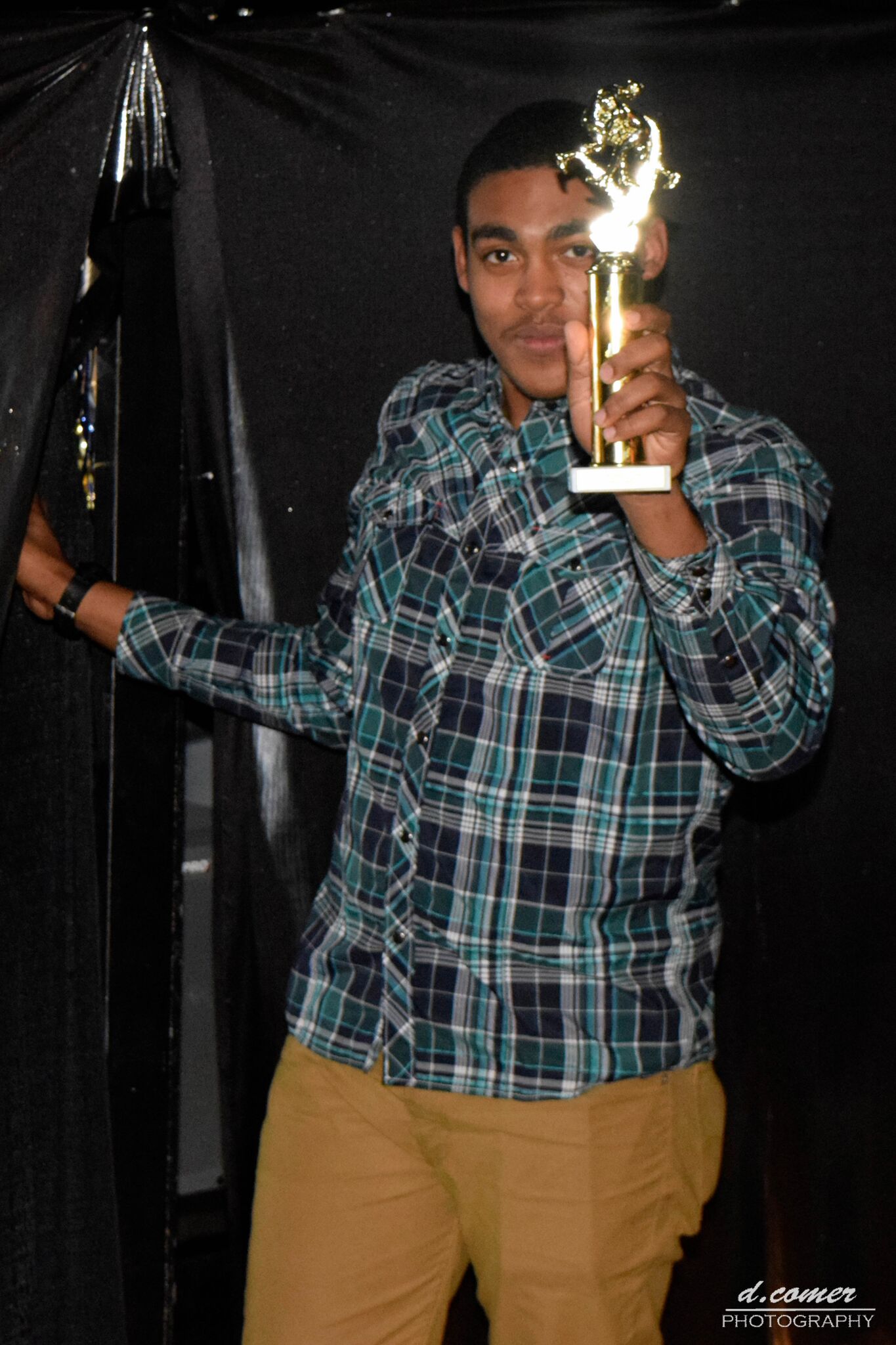 The Finisher of the Year award was won by Syn for his Superkick. 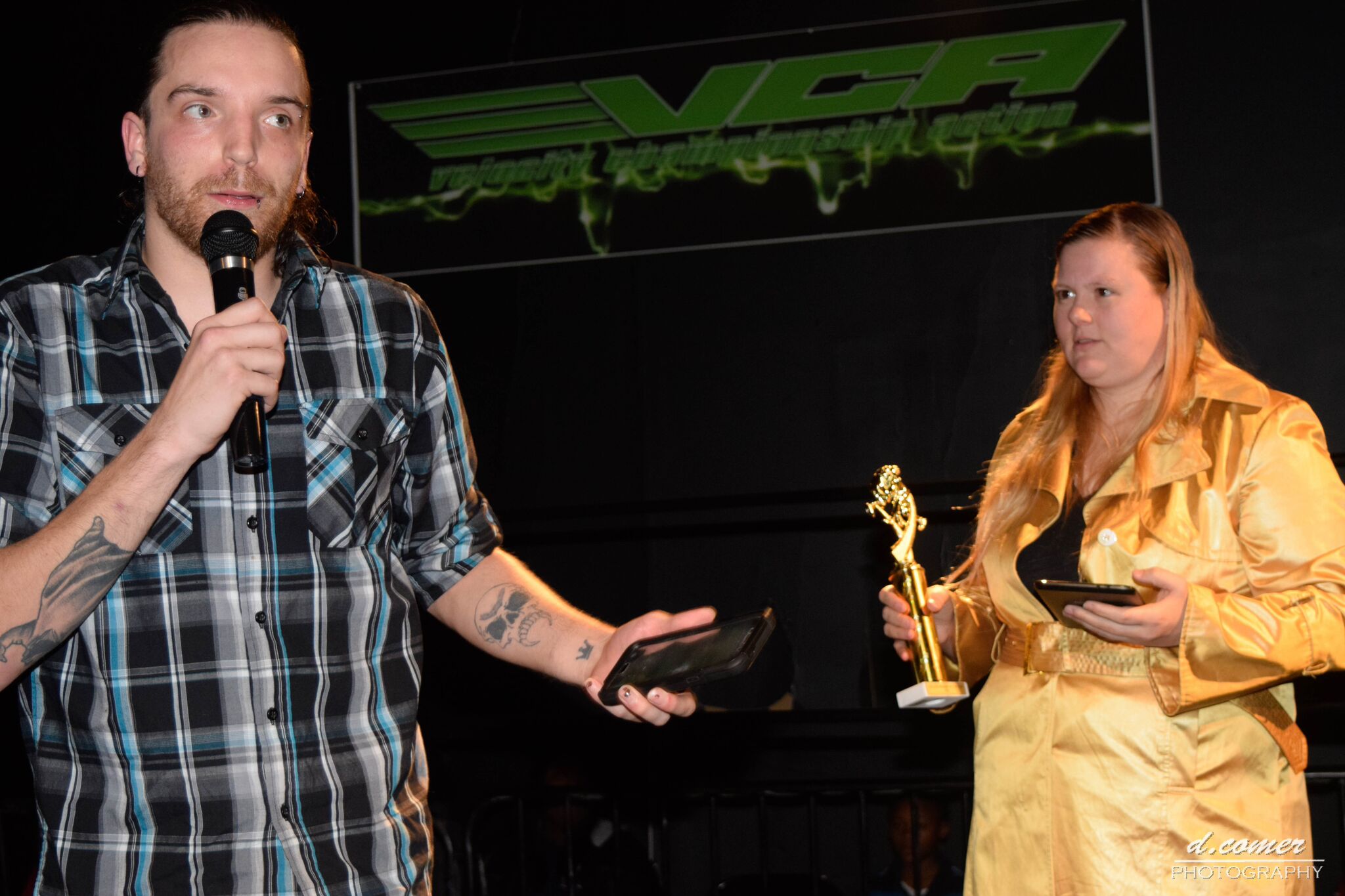 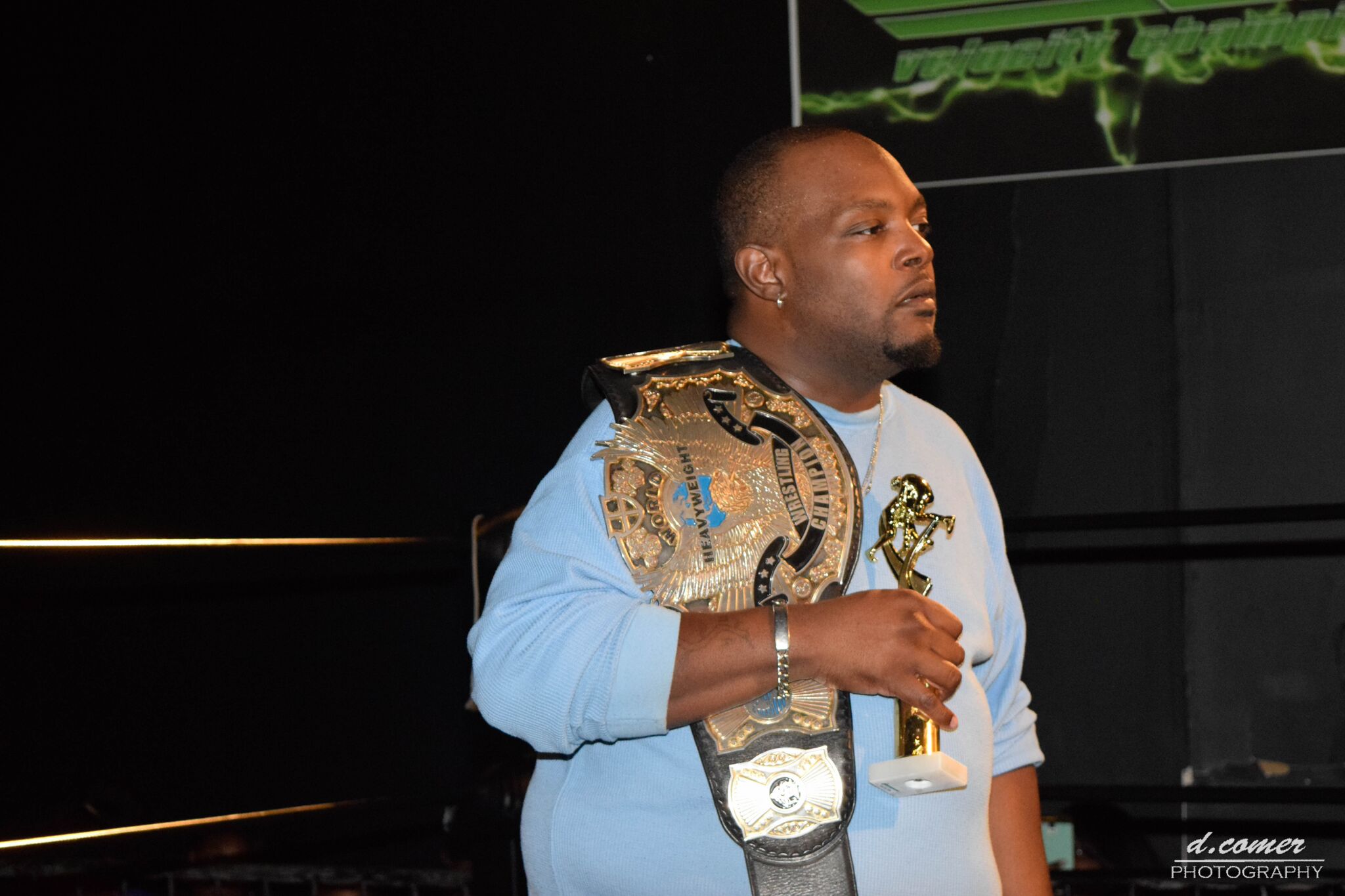 Andres Sanchez, who hasn’t been seen in a very long time, won an Appreciation award. 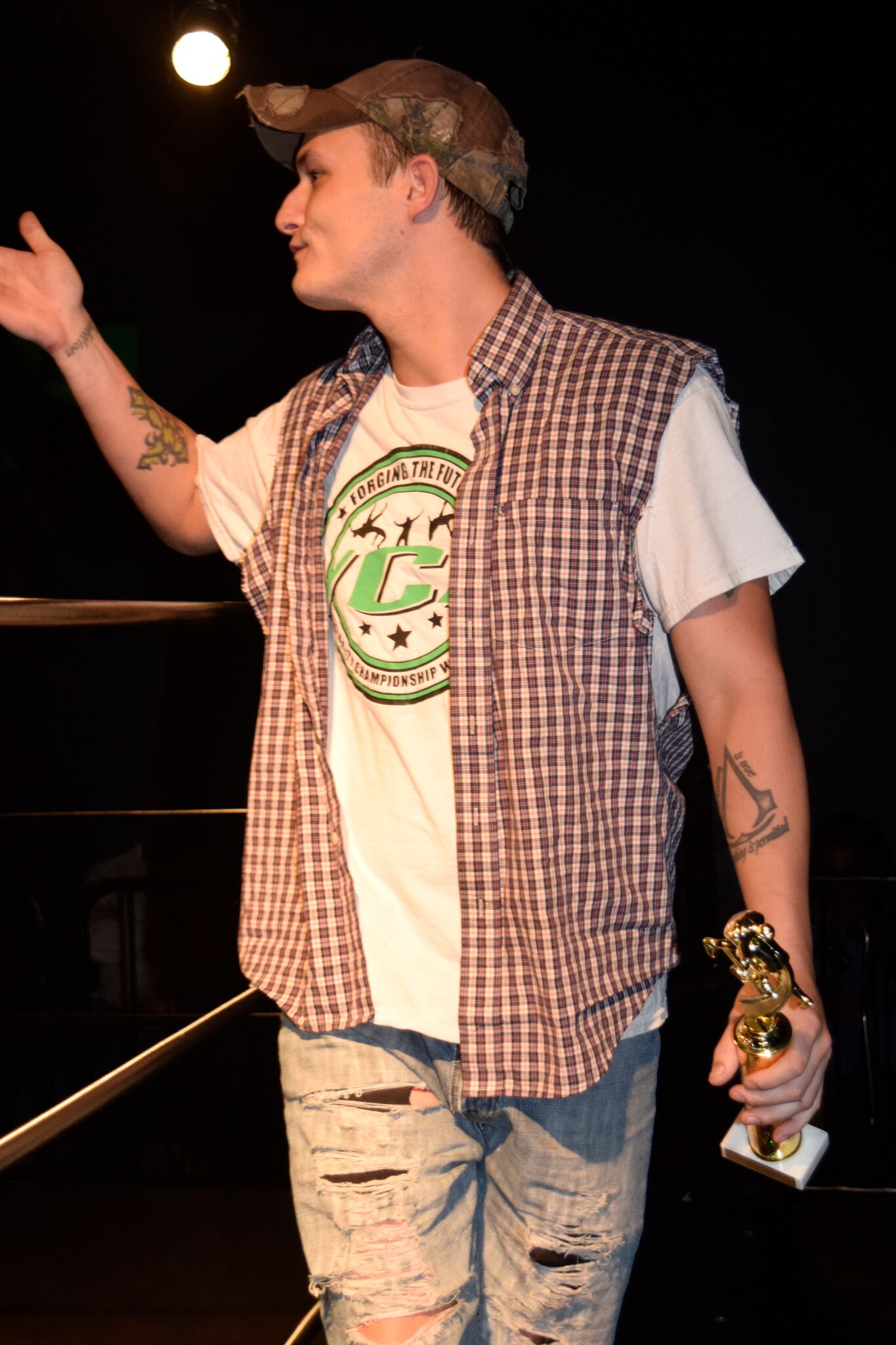 Malik won Match of the Year sharing the award with Brooks, Dj Z, and Anthony Payne.

The biggest winner of the Charlie Awards was the Juniorvative champion Brooks. Brooks took home three awards including the biggest award of the night Wrestler of the Year! Brooks also won an Appreciation award and Match of the Year.

VCA would like to thank all the fans for voting and making the 2015 Charlie Awards a success!

The next big event is Extravaganza Sunday, December 27th at 5pm. Advanced tickets are $15 for adults and $10 for kids. If paying at the door adults pay $20 and kids $10.

Join us this Friday at 8pm for another exciting weekly show and get your tickets too!