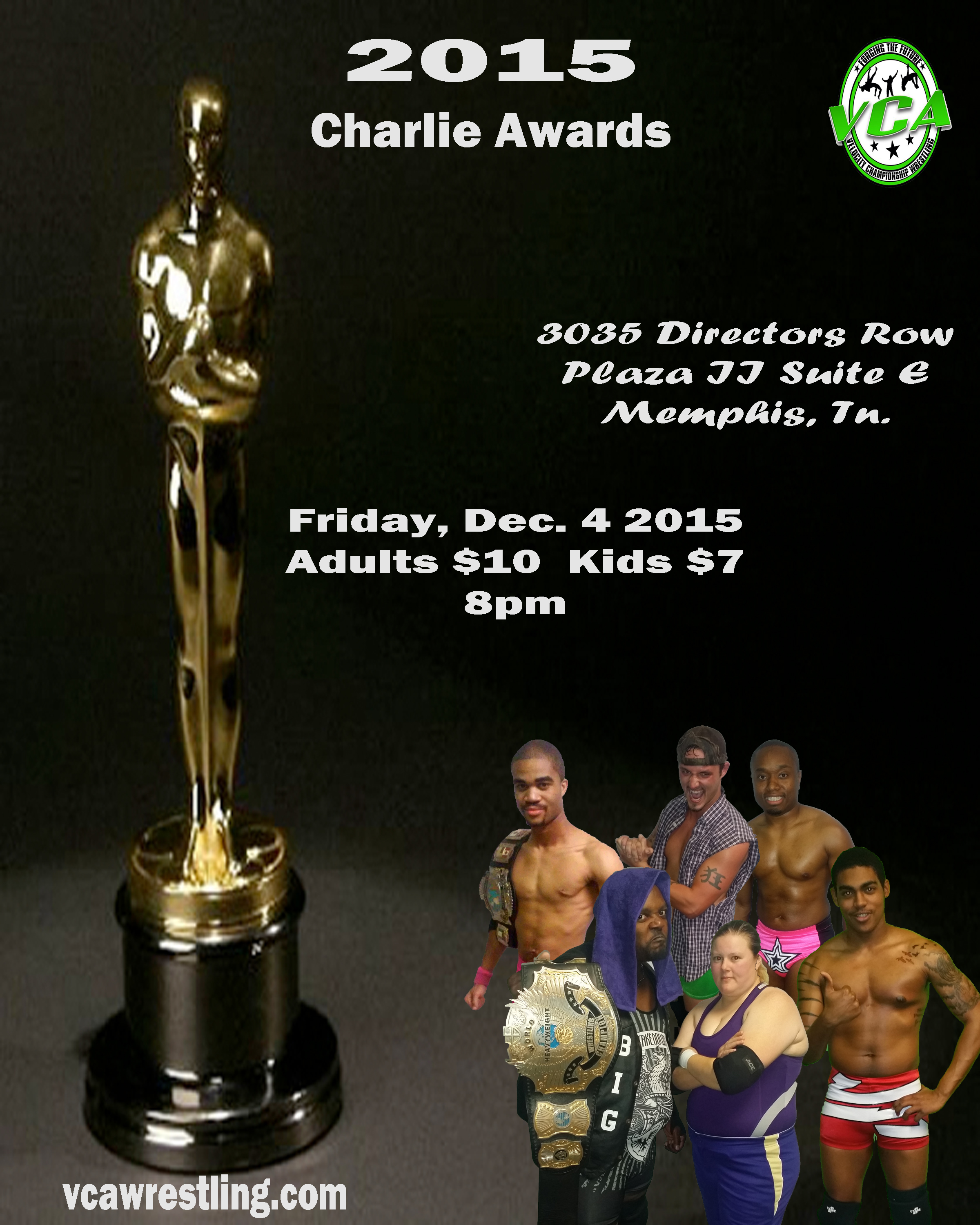 As we found out last week, Malik has recruited a team consisting of Chris Evans and Allen Dalton. Malik issued the challenge to Brooks and Brooks surprisingly accepted. Brooks said he’d be teaming with Syn and the VCA heavyweight champion Big Tiny. Keep in mind this isn’t any ordinary six man, but it’s a six man elimination contest.

Also, there’s another big match scheduled to take place this Friday night but you’ll have to be there to see it.

Don’t forget this Friday is the 2015 Charlie Awards. Food will be served at this event due to Brooks losing weeks ago to the team of Malik and Chris Evans. That’s right, FREE food for the fans!

Be there to witness your favorite VCA star compete in action and for a Charlie award. That time again is 8pm. Adults pay only $10 & kid prices are only $7.