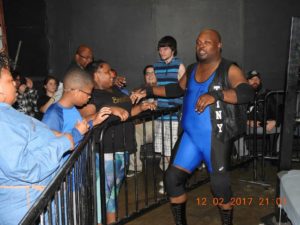 With the beginning of the 2018 year quickly approaching, VCA is unveiling a new exciting event. The newly established event is called the Velocity Clash which takes place Saturday, January 6th 2018.

Ticket prices for the event has yet to be revealed as the event remains in it’s beginning stage, but bell time is at 7:30pm. Make sure to check back on vcawrestling.com for more information at a later date.