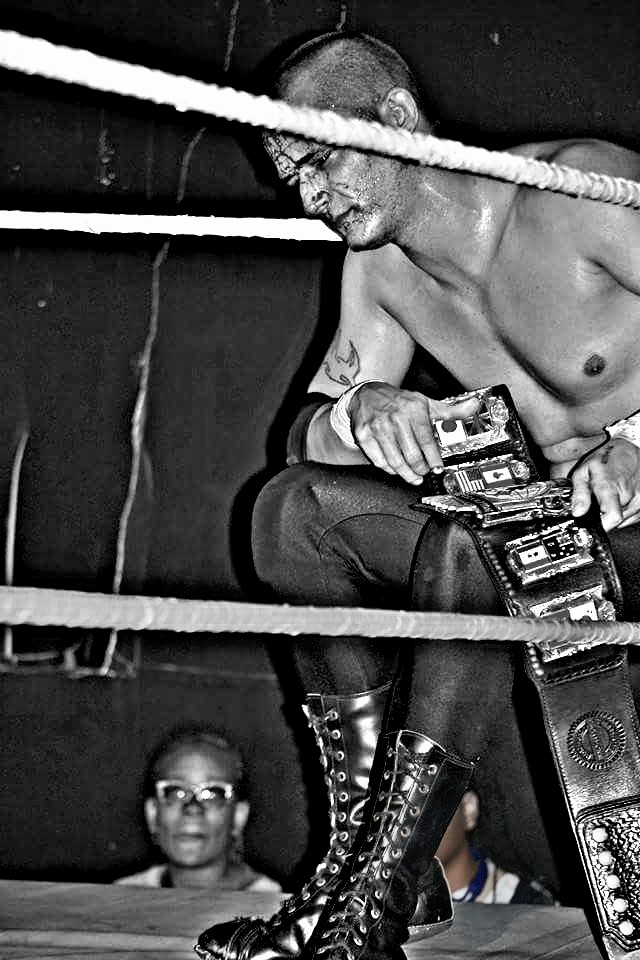 This past Friday night turned out to be an action packed night full of excitement and disappointment. Fans packed the VCA studio and we’re treated to the best action in the Mid-South. VCA delivered and took its stance as the best professional wrestling company in Memphis, Tn. Backing this statement, Allen Dalton defended his Juniorvative championship against Syn in what many are calling the best match of the night.

Officials weren’t sure if Allen would make the event due to being kicked for weeks in the skull by Syn. At one point things were so bad Allen had to take a week off to get himself together. Terra Rae made it clear if Allen couldn’t show he’d be stripped of his championship, but of course everyone comprehends there’s no love loss in that department. Dalton would show because he felt he owed it to himself, the fans, and Andres Sanchez.

No one knew which way this one would end as Syn and Dalton would borrow one another’s moves trying to add insult to injury. There was one point in the match where Syn would use Dalton’s M.A.D. and another where Dalton would utilize Syn’s Superkick. There was one point in the match where Syn looked to unload with a Superkick on Dalton, but Syn ended up unloading on referee Fred Jackson. Syn would soon find himself a victim of Dalton’s new finisher, the A.D. As Dalton covered the cryptic messenger, Allen realized the referee had yet to regain consciousness. While Allen checked on the referee, Syn made it to his feet and delivered a spiked Canadian Destroyer.  Another referee rushed from the back sliding in the ring to make the count, but Dalton kicked out. An outraged Syn snatched a chair out the crowd and tried blasting Dalton with the object, but Allen ducked the attempt and rolled Syn up for the win.

Dalton set out to do what he wanted to do and that’s get retribution for his friend Sanchez. Dalton remains the Juniorvative champion, but what’s next for the VCA star!?!