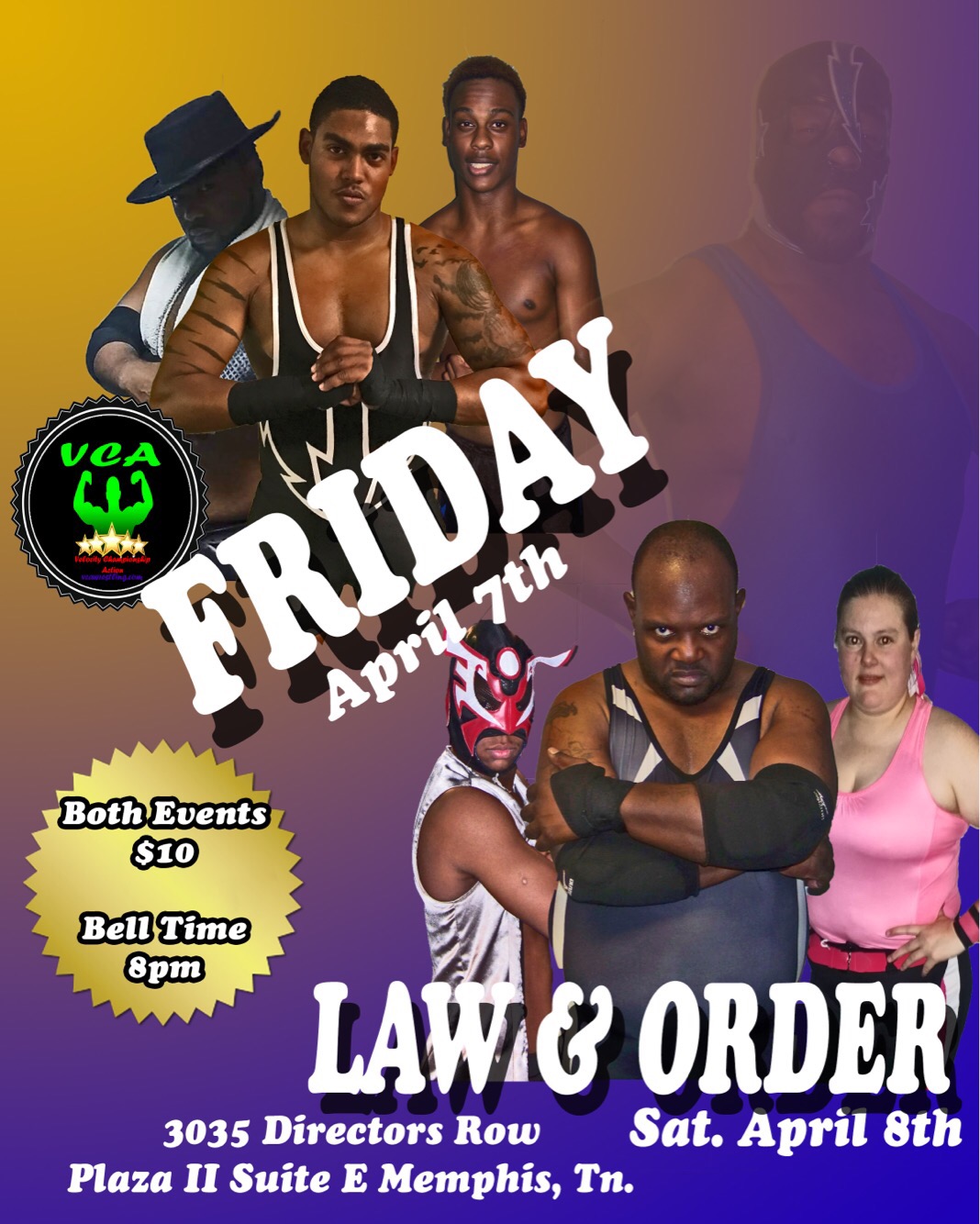 This Friday’s event will be a great one as there will be action pouring at the door of the studio and onto the streets of Directors Row.

At this week’s event, Terra Rae stated that she and Lil T will have an official contract signing this Friday night. Terra says she wants the contract to be in writing so there won’t be anything T’s family can do after she beats T’s butt the following Saturday night at the returning Law & Order.

Then, Tiny informed the VCA offices that this Friday night he will address the recent dilemma between Big Justice and Chris Evans/Johnny Ewing. Tiny said Evans and Ewing will pay one way or the other.

Only one day before competing against Syn for the Juniorvative championship, Andreas Sanchez is scheduled to compete against Daniel Miraculous. This match was assigned by Terra Rae as she felt that Sanchez could use some ring time after missing last week’s event. Some would go as far to say that Rae scheduled this match in an effort to weaken Sanchez for Syn the following night, but of course this is only hearsay.

Also scheduled to appear: Kaptain Justice, the Greatest Show on Earth, Michael “The Radio” Clark, Syn, Chris Evans, and Johnny Ewing. As always, bell time begins at 8pm and doors open at 7:30pm. Tickets for the event are only $10.

Remember, VCA returns the following night, Saturday, April 8th for the returning Law and Order. This event too is only $10 and bell time is at 8pm. Headlining this event is the newly formed team Big Justice taking on Chris Evans and Johnny Ewing.