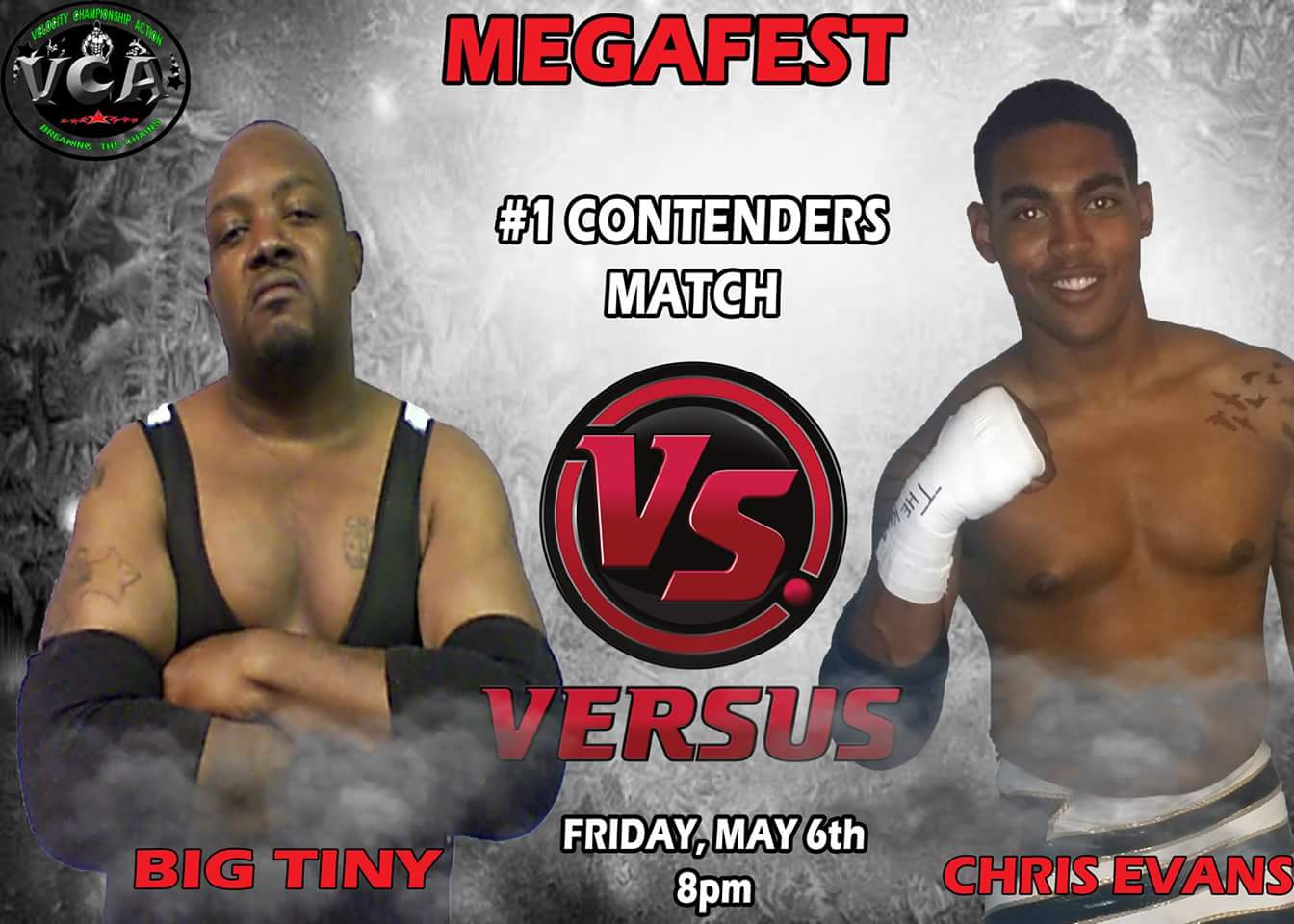 Unless you’ve been under a rock, Big Tiny will go one on one with Chris Evans in a number one contenders match for the heavyweight championship. Depending on who wins between current champion Rodney Mack and challenger Andreas Sanchez this Friday night, Evans or Tiny will compete against the winner at the Supershow Friday, June 3rd.

Evans said he realizes it’s a “big challenge” in front of him, but Evans said he’s willing to face the challenge to get a step closer to the heavyweight championship. Many fans feel that it’s Chris’ time to be the next big thing.

Tiny on the other hand is confident that he’s going to slaughter Evans this Friday night. Tiny said the only thing he wants is his heavyweight championship that was wrongly taken from him months ago.

Tiny insists that if Mack remains champion Mack’s going to face a force that he’s never faced before and that’s a monster! Tiny said Mack might have defeated Allen Dalton and Xander Raines, but Tiny said after he’s done Mack will know that monsters are real.

This Friday night be there to see who’s going to be the new number one contender for the heavyweight championship. Will it be the monster Big Tiny or everyone’s favorite good guy Chris Evans? There are only 11 advanced adult tickets left at the price of $20. At the door adult prices are $25 & kid prices are $10.