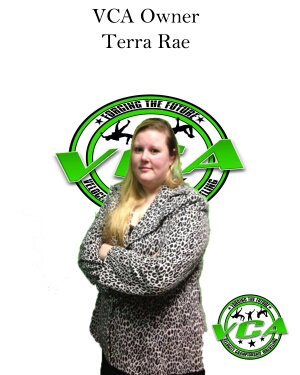 As if things aren’t already heated around the company, Terra Rae just announced that immediately following Law & Order she’s finally bringing in the VCA tag team titles. Rae said she feels this is the perfect time to bring the belts in because it’ll keep everyone on their toes. Terra has already chosen the teams that will be competing in the tournament and it goes as follow: Brooks & Anthony Payne, Big Country, Malik & Kaptain Justice, Chris Evans & Allen Dalton, Andres Sanchez & Cymba, and Crazy Jack & Sadie. Terra claims she’s confident the best team will win and represent her company to the best of their ability. Rae has already outline the tournament which will have three rounds. Round one will feature Brooks & Payne versus Sanchez & Cymba, Evans & Dalton versus Jack & Sadie, Justice & Malik versus Big Country, and Spiderman & Brooks 2 versus Jake & Dirty Sanchez. The winners will advance to round two of the tournament and the two teams that emerge from round two will meet at VCA’s MegaFest to determine who’s going to be the first VCA tag team champions.