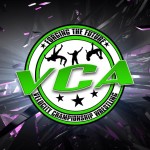 Recently at VCA’s Extravaganza, everyone witnessed Allen Dalton defeat Big Tiny in what many would call pure luck due to Tiny getting himself disqualified by not complying with the referee’s orders. Fans throughout the studio were thrilled, but not just with Allen defeating Tiny, but with Dalton getting the chance to compete against Terra Rae afterwards for an opportunity of causing Terra her job as CEO. Tiny, who commenced to attacking Dalton after the match leaving him for dead, made sure that Allen wouldn’t have the slightest chance of surviving another attack by Terra. To everyone’s surprise including Tiny, Allen showed his willpower by kicking out of Terra’s pin. Dalton would go on to win the match despite of Tiny trying to interfere once more, but once the Crossface was locked in there was no way of turning back. Terra instantly submitted and her job as owner was over. Terra had to relinquish her company over to a private investor. Last week during VCA’s weekly show, an altercation broke out which prompt the new owner to put the company back up for sale due to him not wanting any part of events like the one that took place this past Friday. The company was once again in shackles with the possibility of shutting down. As we’re about to report this new found information, we’re sure that many would disapprove of the person that purchased the company. The new owner of the company is none other than Terra Rae. Terra is once again owner of the VCA. Many are going to disapprove of this, especially wrestlers such as Allen and Malik, but what’s done is done. Terra Rae is back in charge!