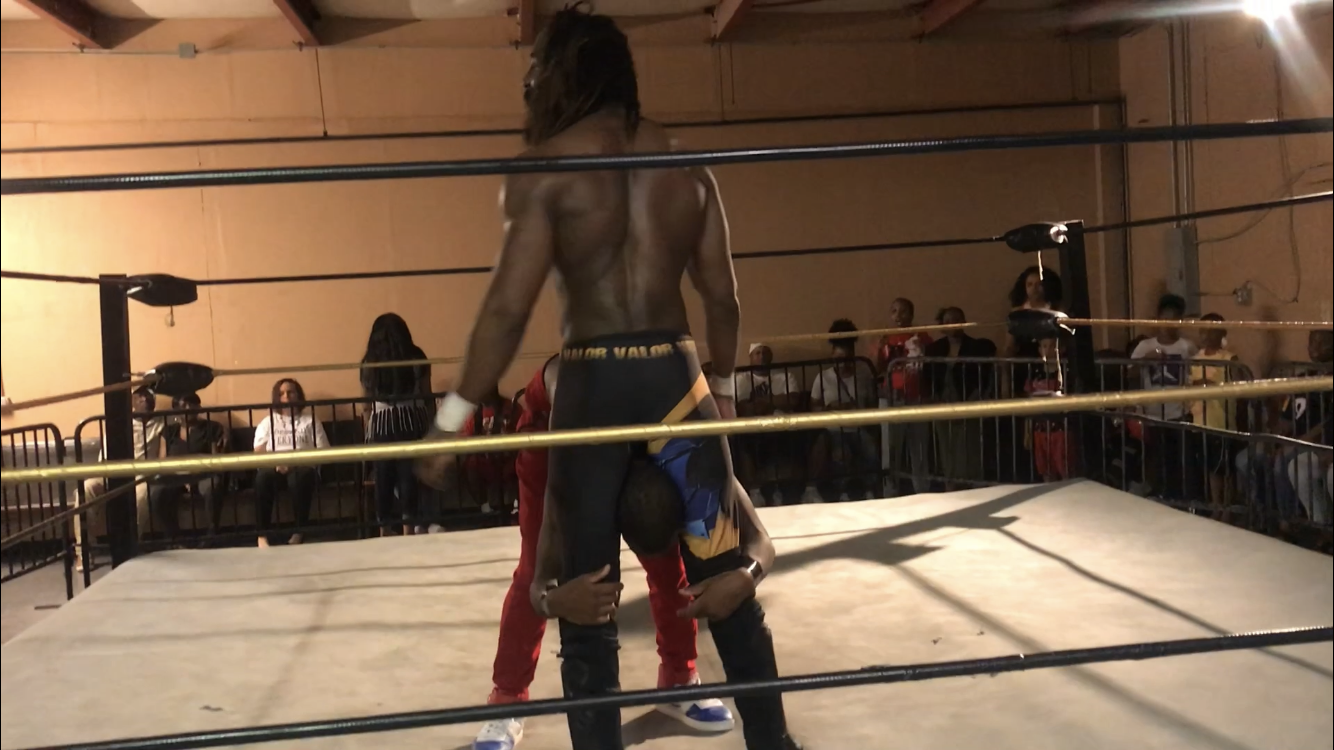 This past Saturday night at the Velocity Clash X, the VCA stars didn’t disappoint as match after match contained nothing but excitement keeping fans on their feet the entire night. One match that stunned the crowd was the underdog Dwayne versus Brian Valor.

The two showcased great talent with neither participant wanting to back down from the other. Although Dwayne gave his best, Dwayne’s best wasn’t enough to dethrone the skills and strength of Brian Valor. Valor would use his raw power to toss Dwayne around the squared circle like a rag doll leaving fans with little to no hope that Dwayne would survive.

Ironically, Dwayne capitalized on Valor’s cockiness executing an inside cradle sending a wave of excitement throughout the crowd defeating Brian. Valor was shocked and couldn’t believe a guy half his size pulled one over on him.

Refusing to allow Dwayne’s win to marinate, Valor attacked Dwayne attempting to stomp a mud hole in the VCA fan favorite star. Before long, Dwayne found himself being lifted into the air and drilled to the mat by Valor. Fans were livid as they shouted and stoned Valor with unbelievable insults.

As if things couldn’t get worse for Dwayne, Terra Rae announced early this morning that Valor and Dwayne would once again compete in singles action at this upcoming Halloween Massacre taking place Saturday, October 5th. Terra insists that the fluke that occurred at the Clash X won’t happen again.