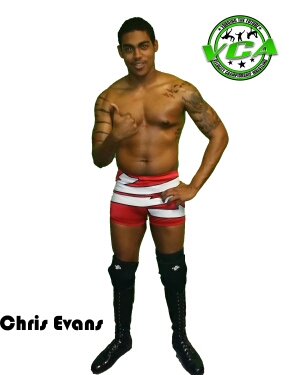 Newcomer Chris Evans has continued to impress wrestlers and fans with his unique style. The 6’3 215lbs athletic superstar from Jersey City is bound to be best newcomer of 2015 as his matches continue to get better weekly. Fans scream Chris’ name loud and proud as he enters the studio pushing the young star to the next level of stardom. No one can deny Evans ability and can clearly see that he’s the next star to watch. Many insist that Evans will be the next Allen Dalton when Dalton was known as the immortal one. The breakout star said he wants to be the best and don’t mind starting at the bottom and working his way to the top. Evans said he wants to make history by becoming the first ever VCA heavyweight champion by winning the 2015 Battle Royal March 6. Evans claims he don’t want any problems with Terra Rae but only wants to compete. With so many opportunities being thrown at Evans the future is looking bright.