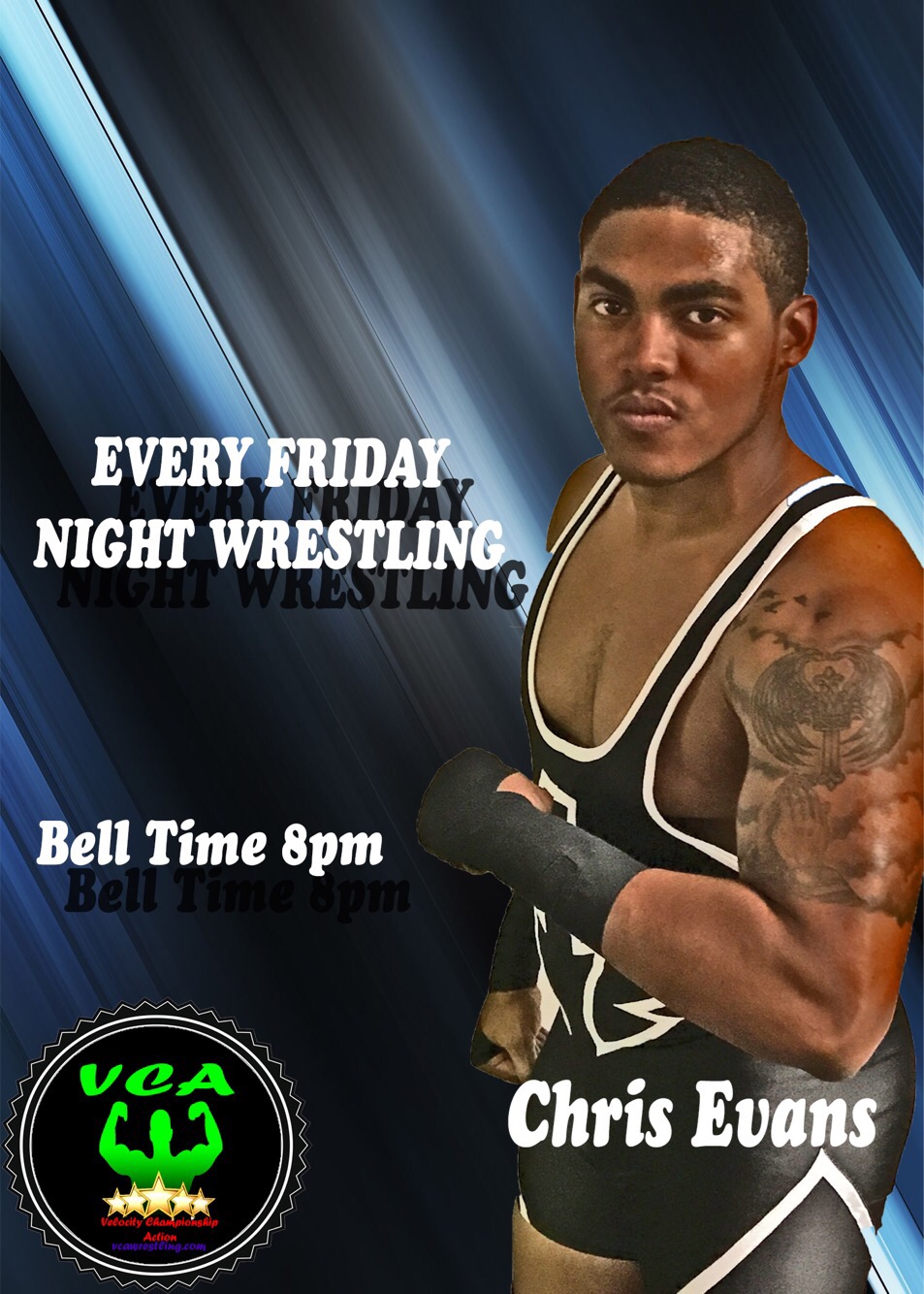 During a backstage segment, Chris Evans said that Tiny’s win against him this past Friday night was voided because he wasn’t prepared to compete for the evening.

Evans insisted that Tiny was nothing more than an over grown bully that abused power. Evans also stated that he seen how Tiny wanted to play so he’d be on Tiny’s back every opportunity he got including Tiny’s heavyweight championship match against current champion Rodney Mack.

After viewing Evans’ footage, Tiny informed the VCA office that if Evans steps near his championship match with Rodney Mack he’d beat the living hell out of Evans which brings us to this Friday night.

Join the VCA stars this Friday night at 8pm. Tickets for adults and kids are only $10. The address of the VCA studio is 3035 Directors Row inside the Directors Plaza II Suite E Memphis, TN.