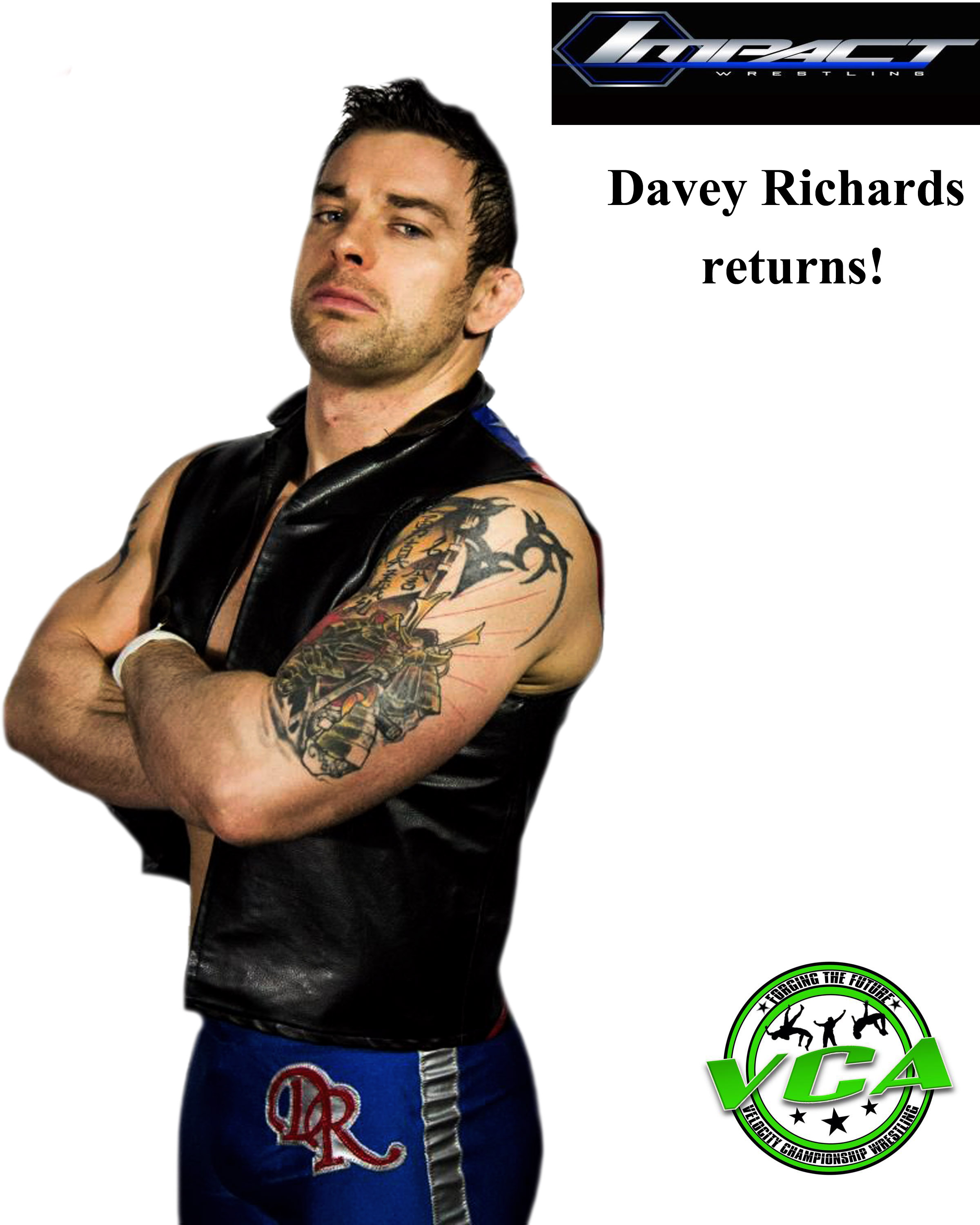 Terra Rae just broke the news that Impact Wrestling’s Davey Richards will be making his return soon. The last time the VCA audience seen Richards he competed against the now current Juniorvative champion, Brooks, in a match whereas many felt that Richards was screwed. Richards promised he’d be back just for Brooks so we’re thinking that the next month or two will be an intense one for the Juniorvative champion, not to mention Brooks will be defending his championship title at Broken Hearts Friday, February 6.  Stay tuned here or on our official Facebook page at www.facebook.com/VCAWrestling for the latest news.