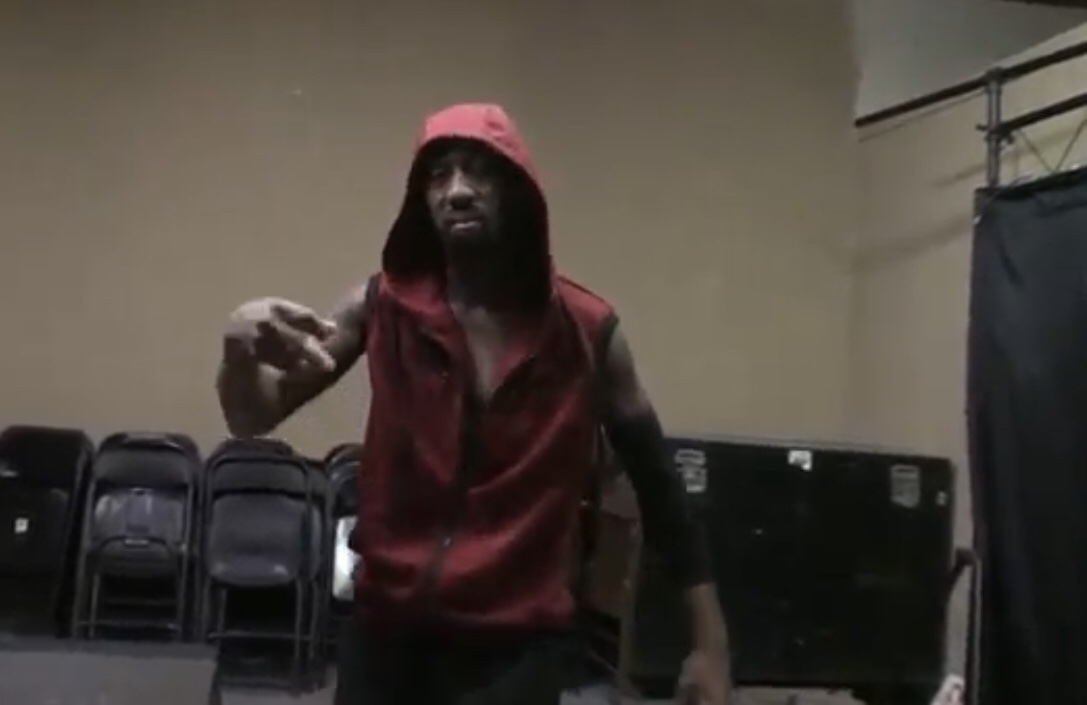 This past Saturday night at the Velocity Clash IX VCA referee turned wrestler Dwayne competed against Cymba and “Memphis Cowboy” Johnny Ewing in a Triple Threat Contest during the opening contest.

During the contest, Dwayne showcased his speed and quickness in outsmarting the heavyweights hoping Johnny Ewing or Cymba would soon gas out. The former number one contender for the junior championship put up an outstanding fight, but in the end Dwayne was casted out the ring allowing Ewing to score an upset pin over Cymba.

Cymba was shocked as he never seen the counter coming from Johnny, but Ewing was one step ahead of everyone in this contest. Ewing would celebrate his win and return to the locker room leaving Dwayne inside the studio alone with an angry Cymba. Everyone know when Cymba’s angry bad things can happen.

After the contest and feeling a little surprised by Johnny’s win over him, Cymba took matters into his own hands by assaulting Dwayne. Cymba took his frustrations to the ring bashing and pounding Dwayne into the surface. A referee tried intervening, but that referee was chased out the ring by Cymba in fear of what Cymba would do.

Cymba took his time delivering multiple strikes to Dwayne hoping to generate blood from the last year Rookie of the Year nominee. After becoming tired and bored of pounding Dwayne’s face, Cymba exited the ring leaving an out of it Dwayne flat on his back inside the ring.

Many say Cymba’s attitude got the best of him that evening whereas others say this was a hit job orchestrated by VCA owner Terra Rae. Terra Rae has been known to set wrestlers up in the past and Dwayne’s past disobedient ways towards Rae could be the reason for the recent attack.

Dwayne will be out of action this week due to slight injuries incurred after Cymba’s cowardly attack on the former number one contender for the junior championship. Dwayne has decided to take vacation days to take time off to reflect on everything that’s taken place.

As of this moment, no one can say if Terra Rae ordered a hit or not as the boss lady decided to decline giving a statement today. Whether a hit was ordered or not, Dwayne was left in pretty bad shape mentally and physically. Join the VCA stars this Friday night at 8pm as we continue to cover this story.