Match three showcased VCA owner, Terra Rae, standing in the ring with who she considers to be the future of the company, Johnny “The Sleeper” Gilbert. 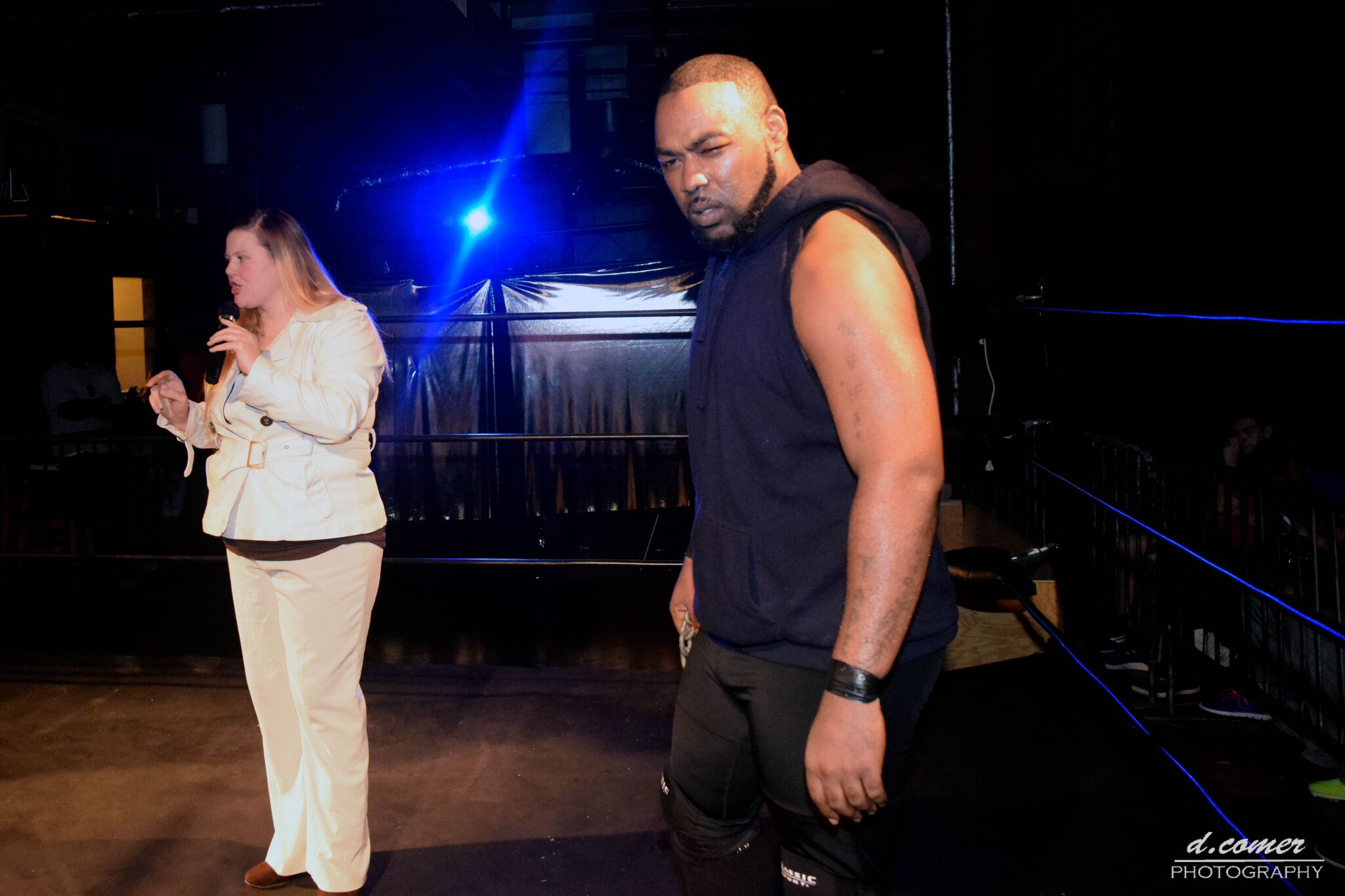 Rae claimed she heard rumors, but Rae insisted that those rumors couldn’t be true. Rae informed everyone that she was issuing a challenge to anyone man enough to take on Gilbert. Just as Rae said this, Xander Raines’ music began playing and in walked Raines. The rumors were true! 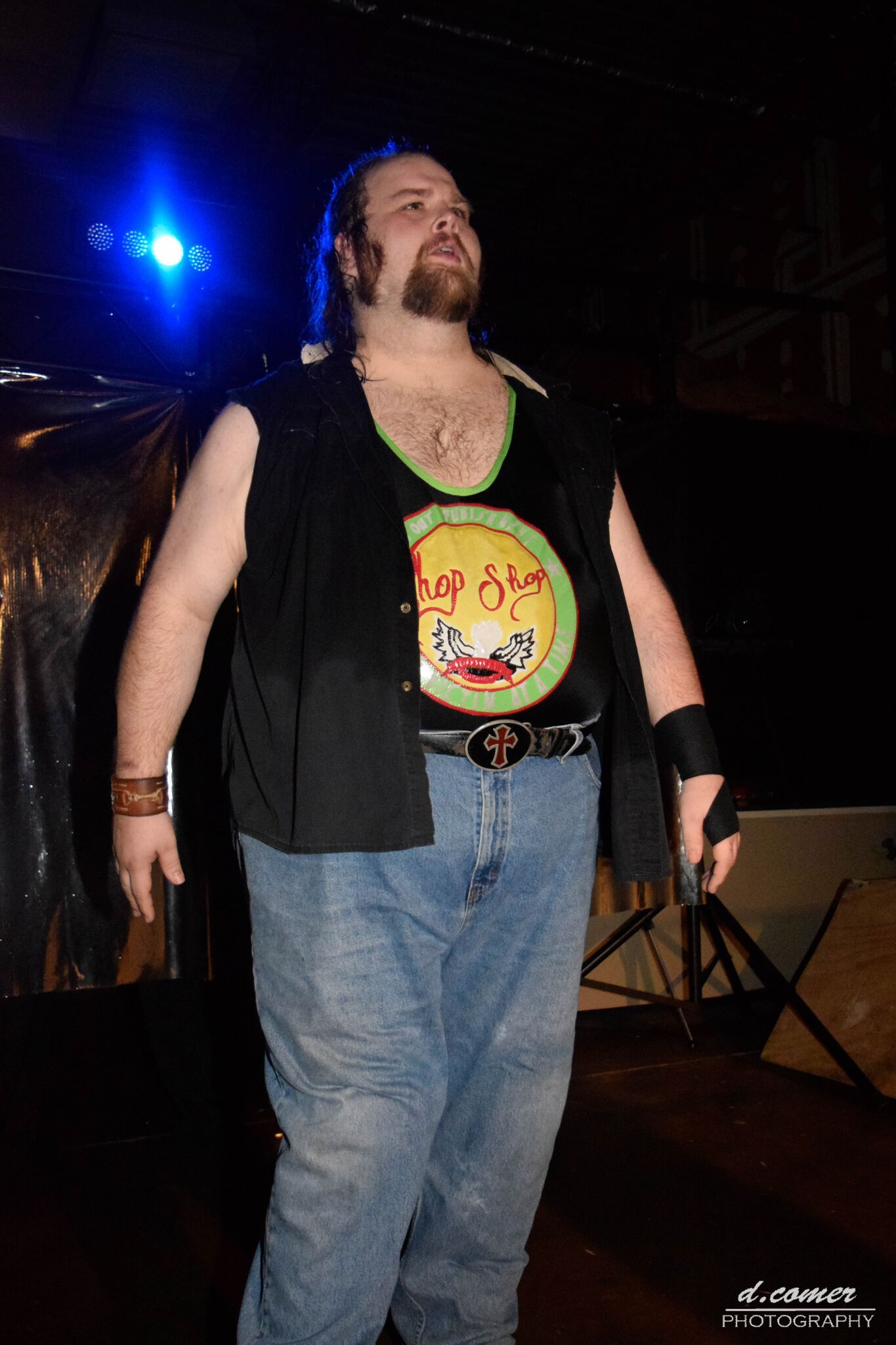 Rae insisted that the challenge wasn’t for Raines, but Raines said he didn’t give a damn because he was tired of her screwing him around. Raines added that Gilbert was nothing more than a referee and he was tired of “Johnny come latelys” trying to take his spot.

Rae informed Raines that he was making a big mistake and he’d be sorry for accepting the challening, but Raines showed Rae how sorry he was by unleashing on Gilbert. 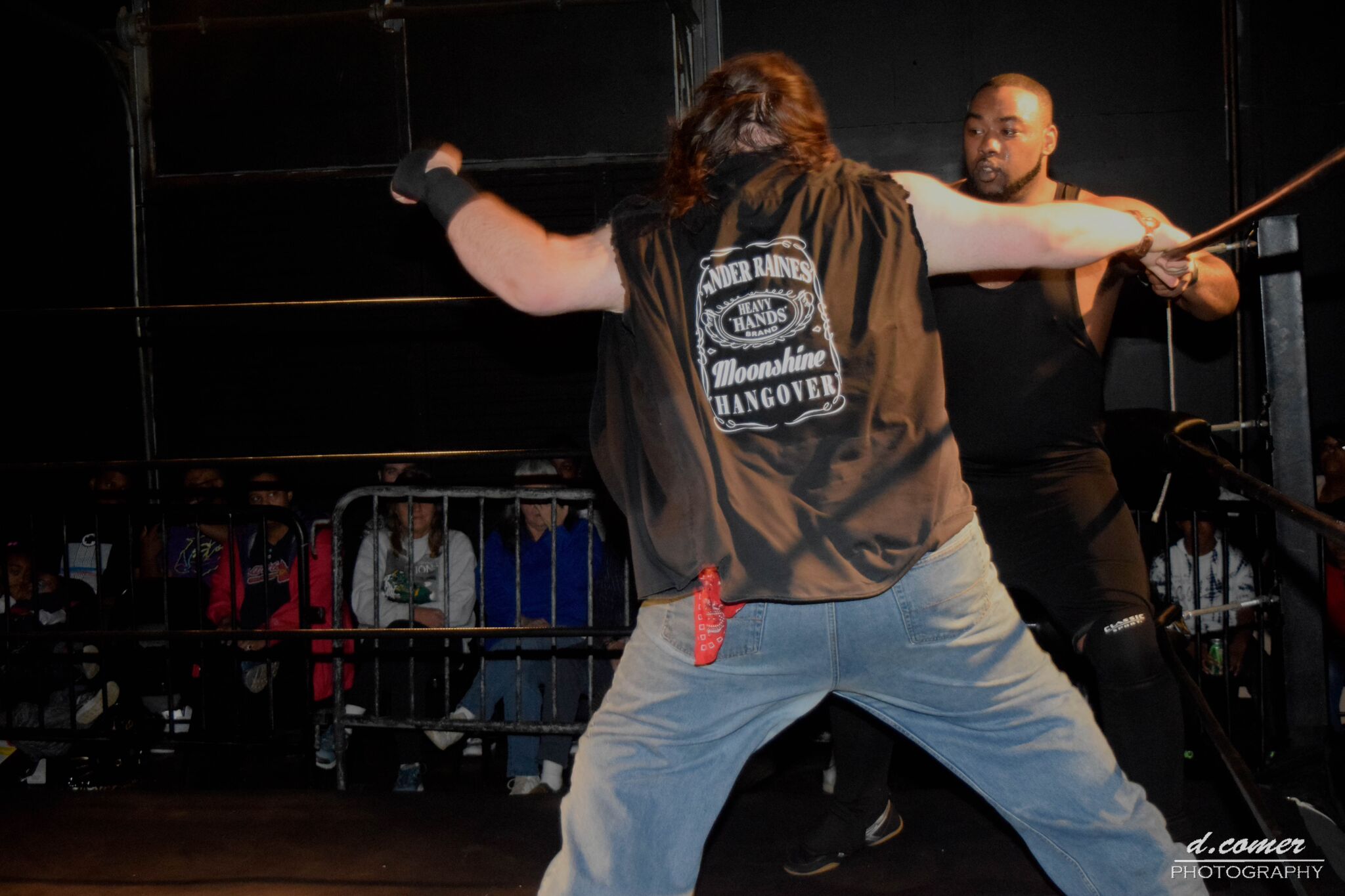 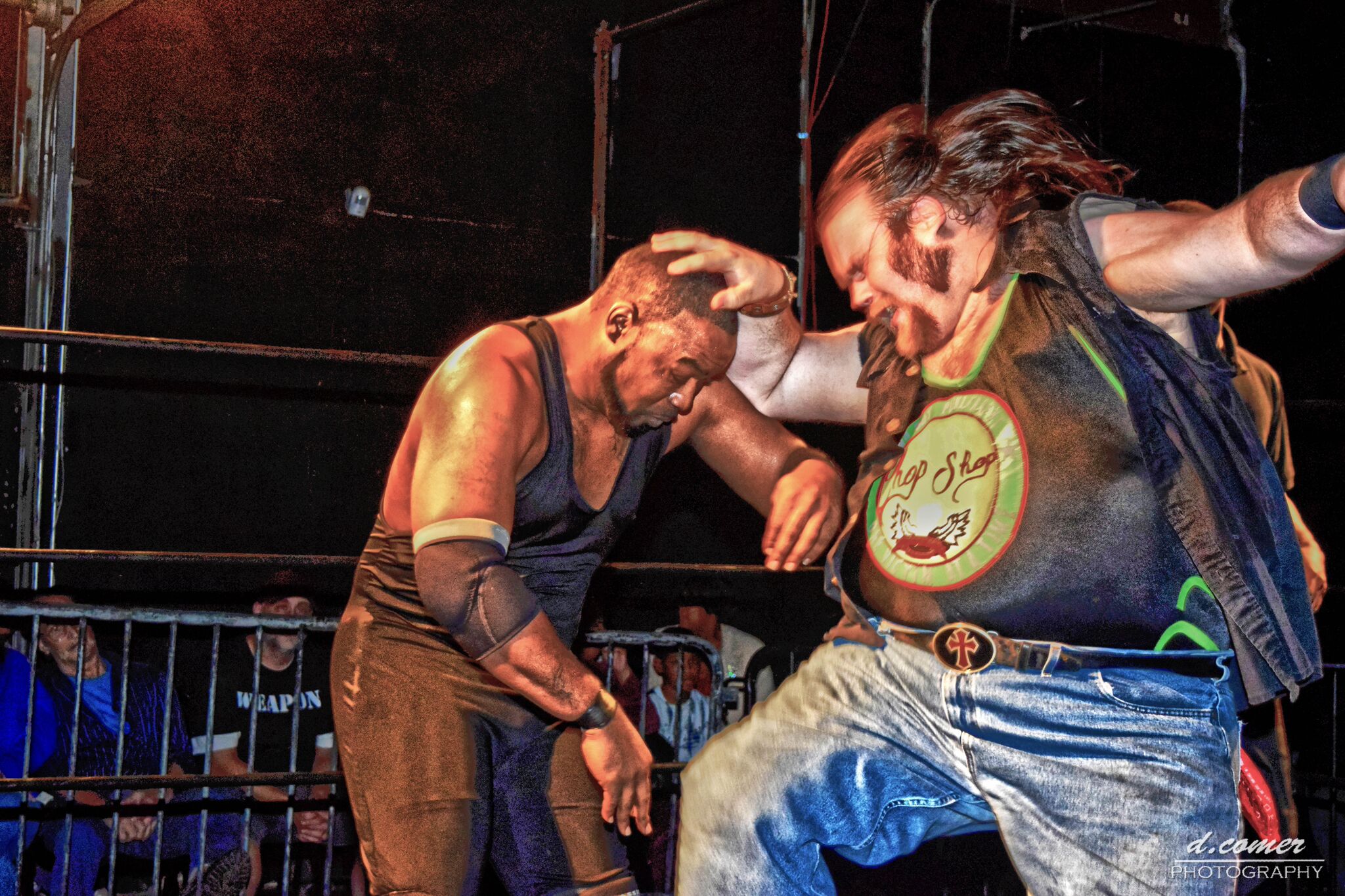 After pumbling Gilbert around the squared circle, Raines quickly tried making Gilbert tap by cutting off his air supply. 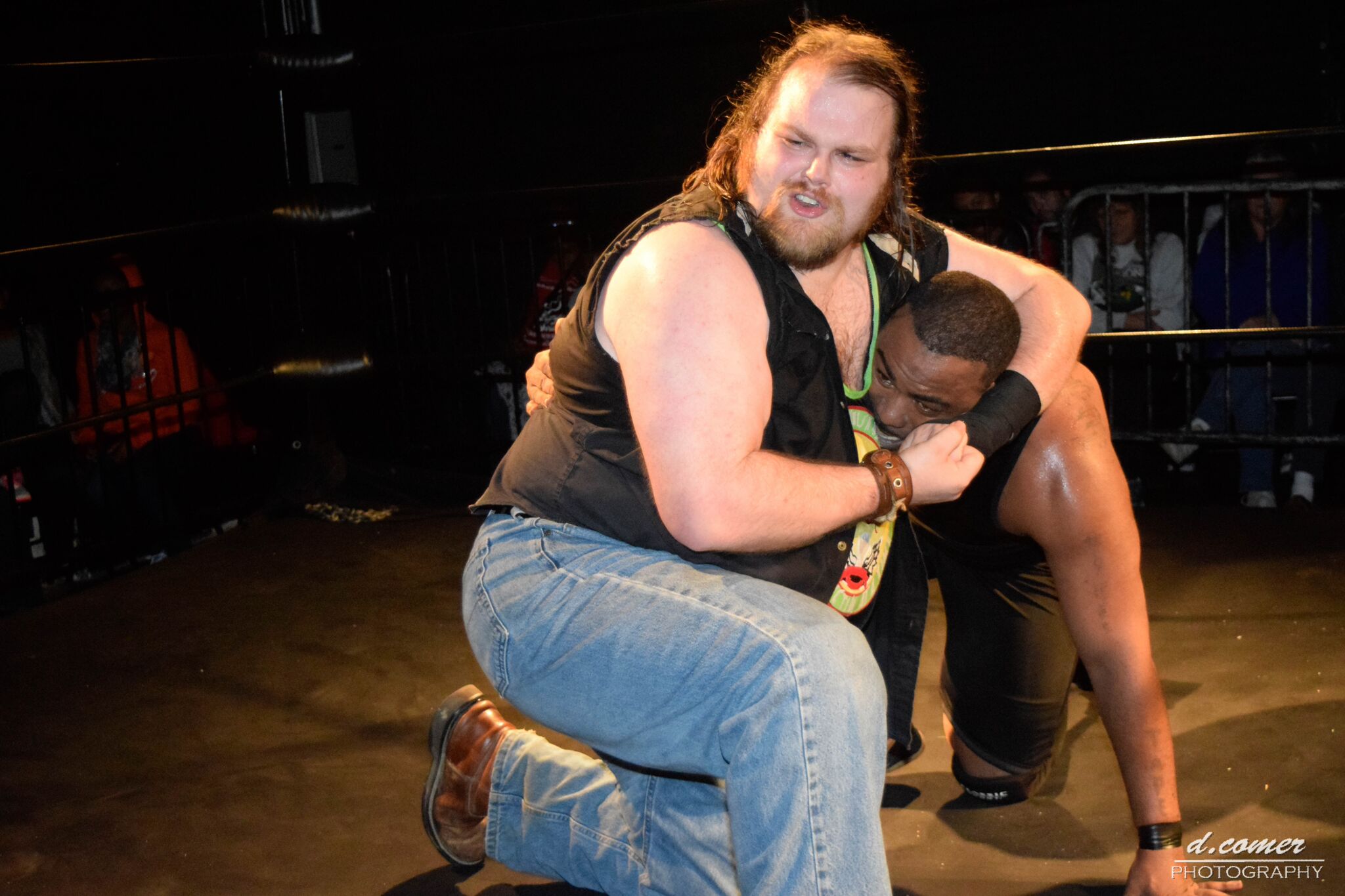 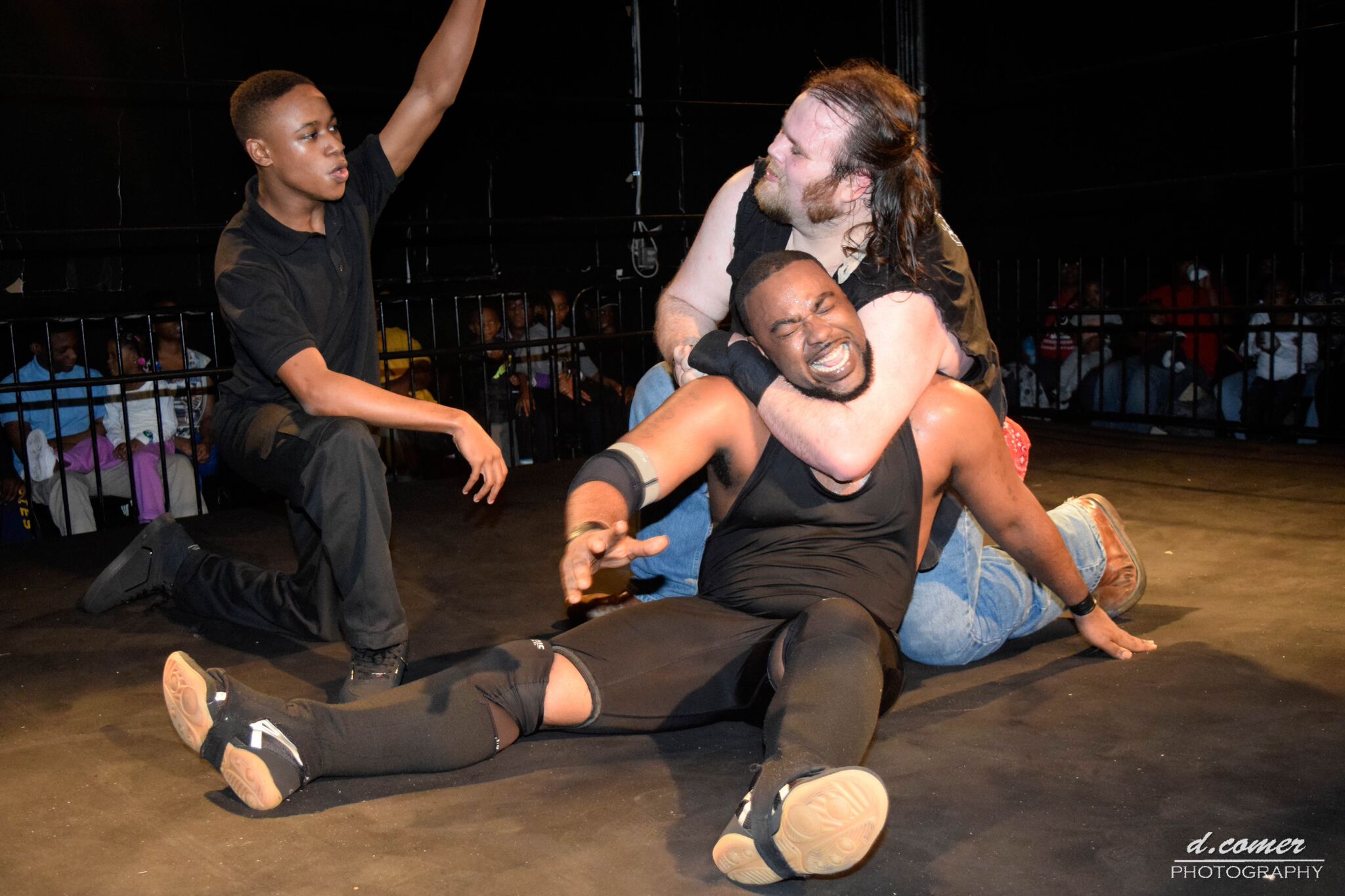 Gilbert fought back with moves of his own showing the over 300 pounder that he was in fact the future. Gilbert definitely had a point to prove. 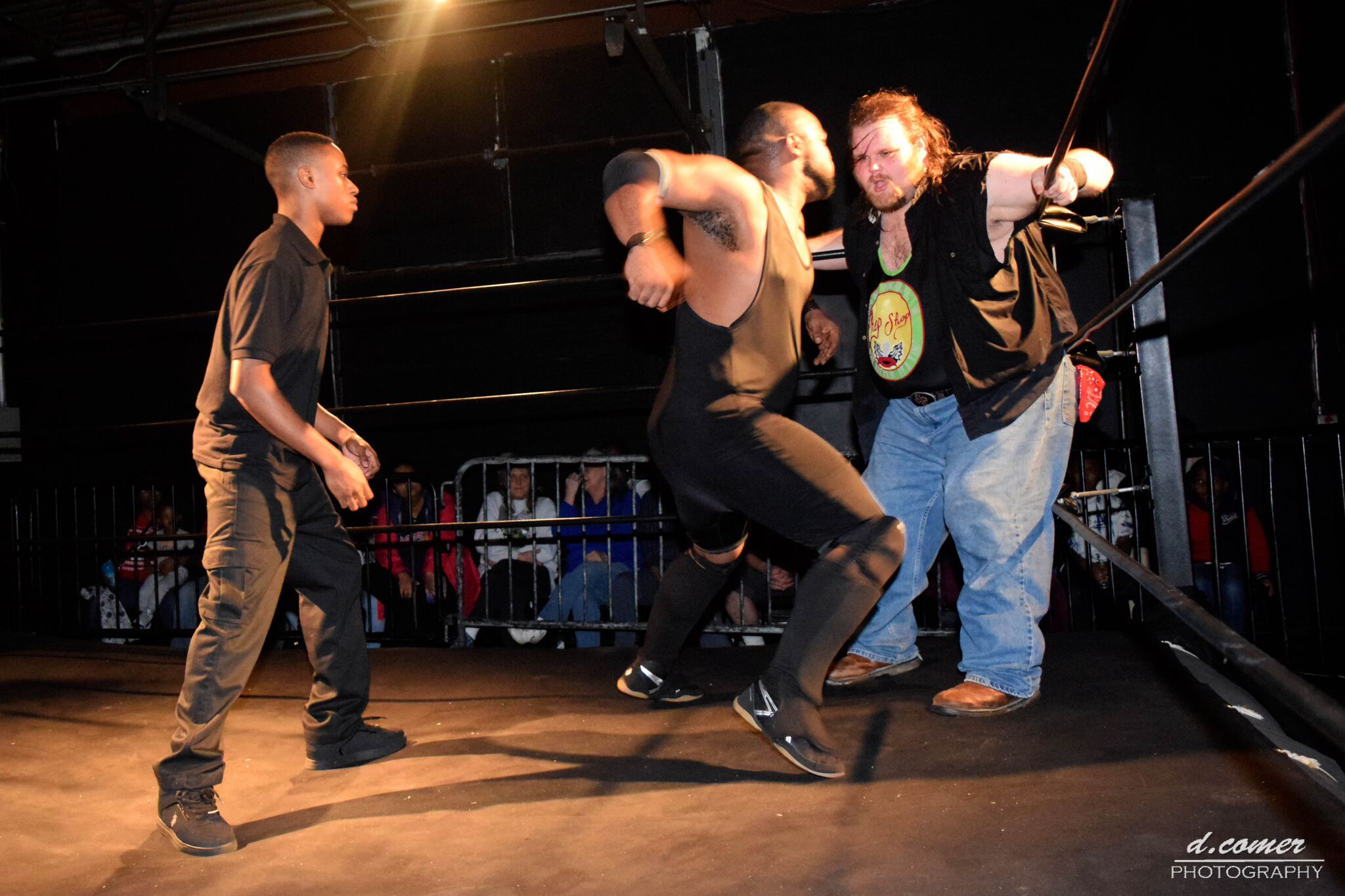 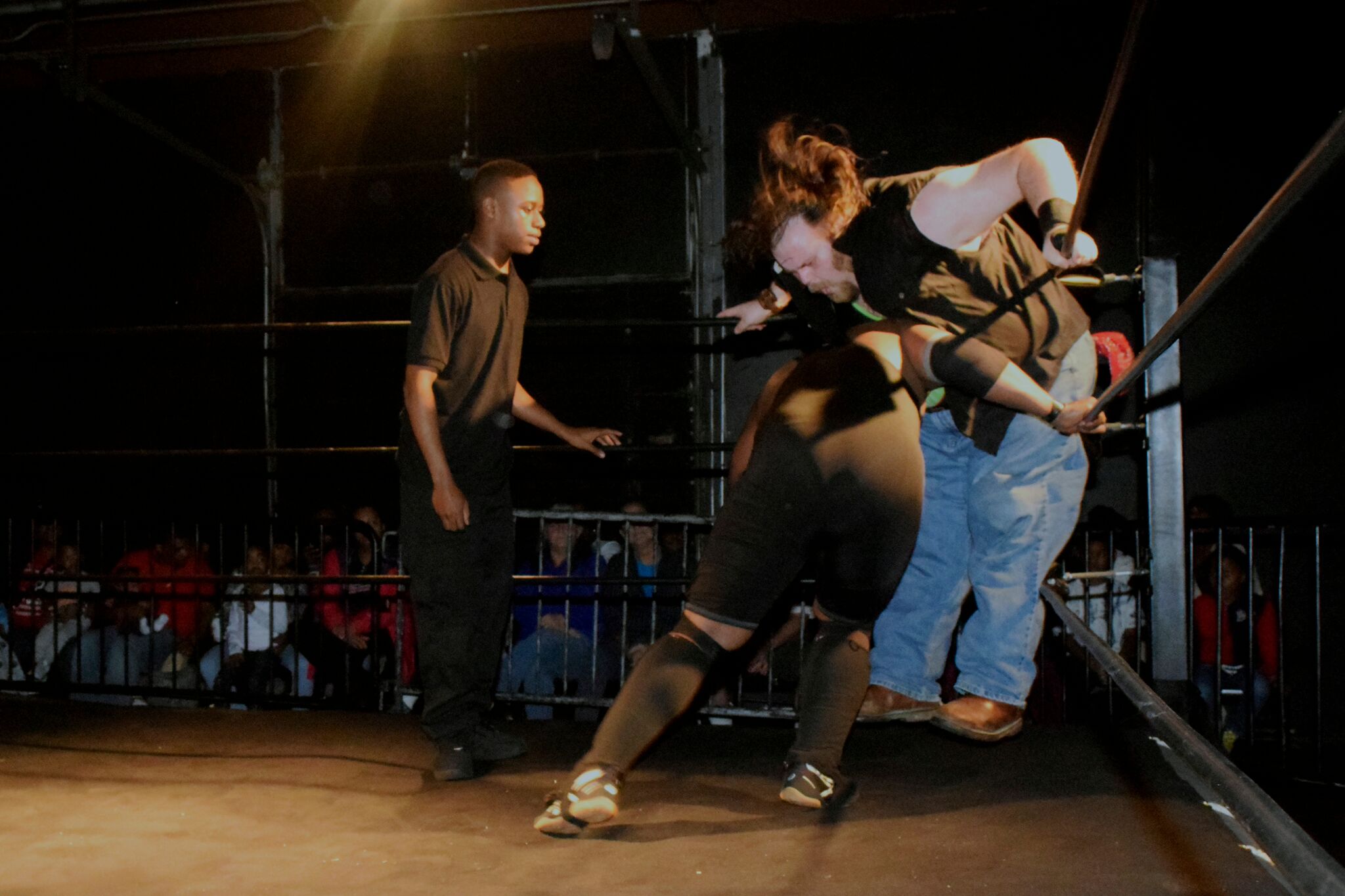 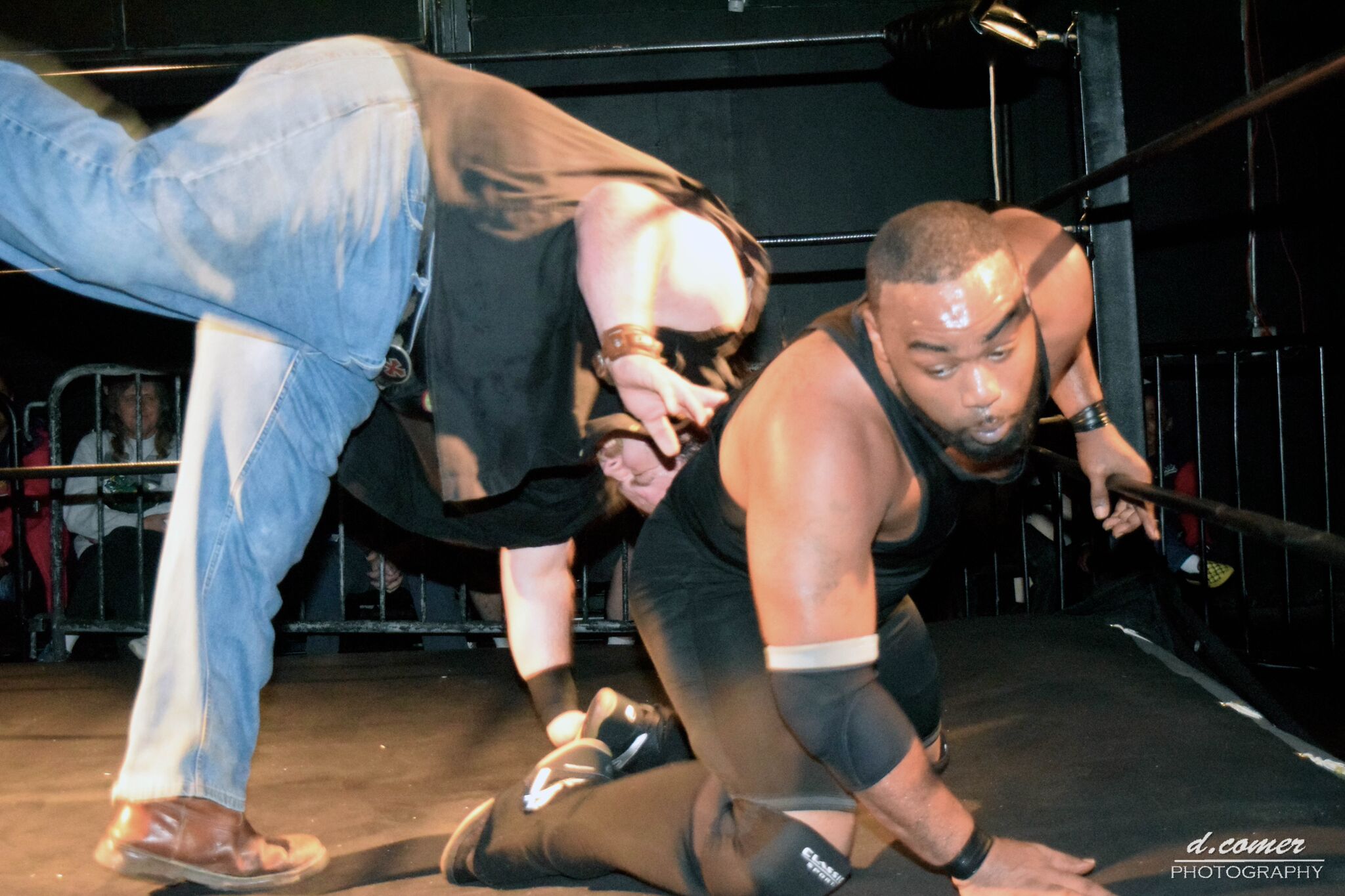 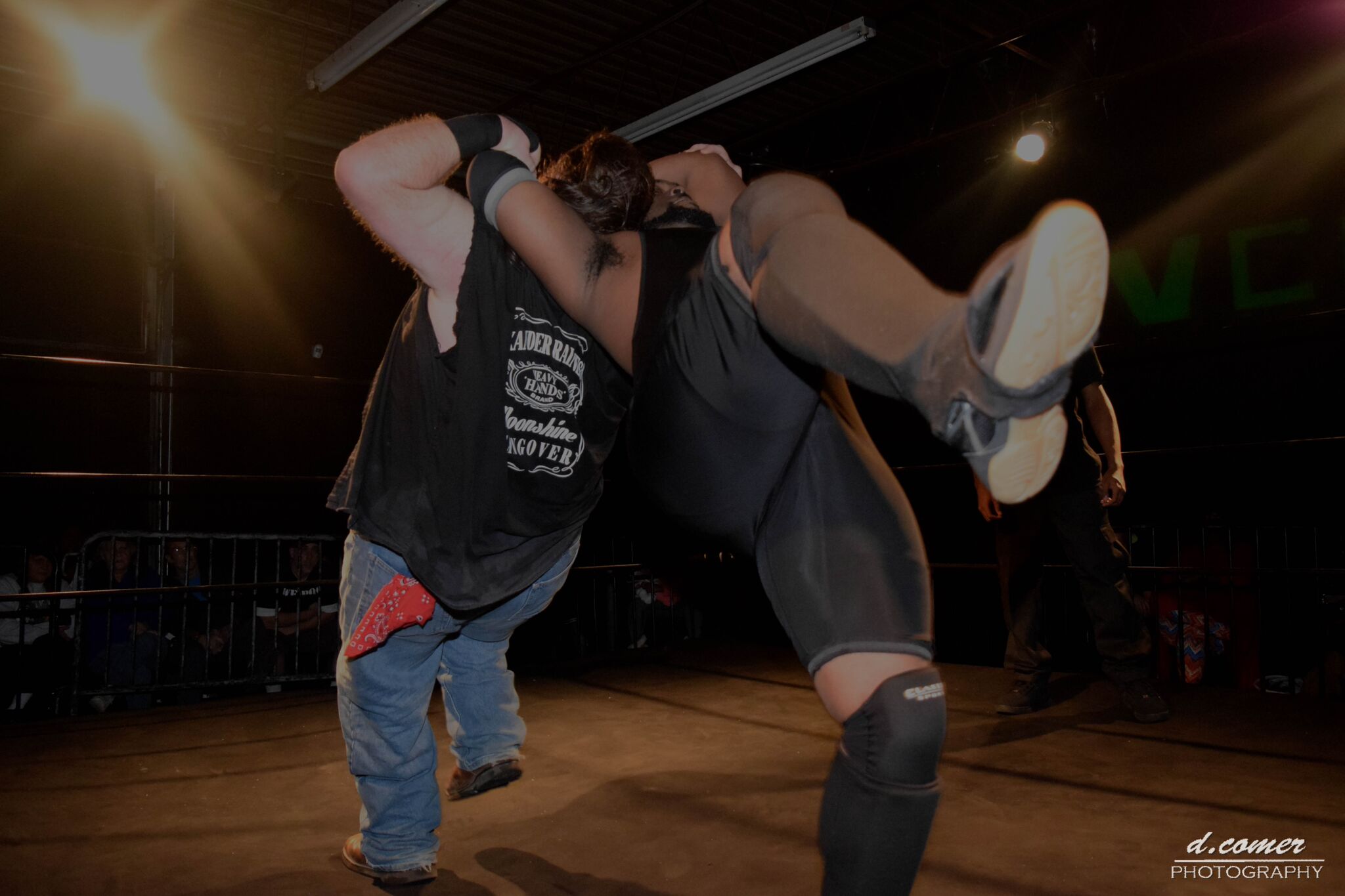 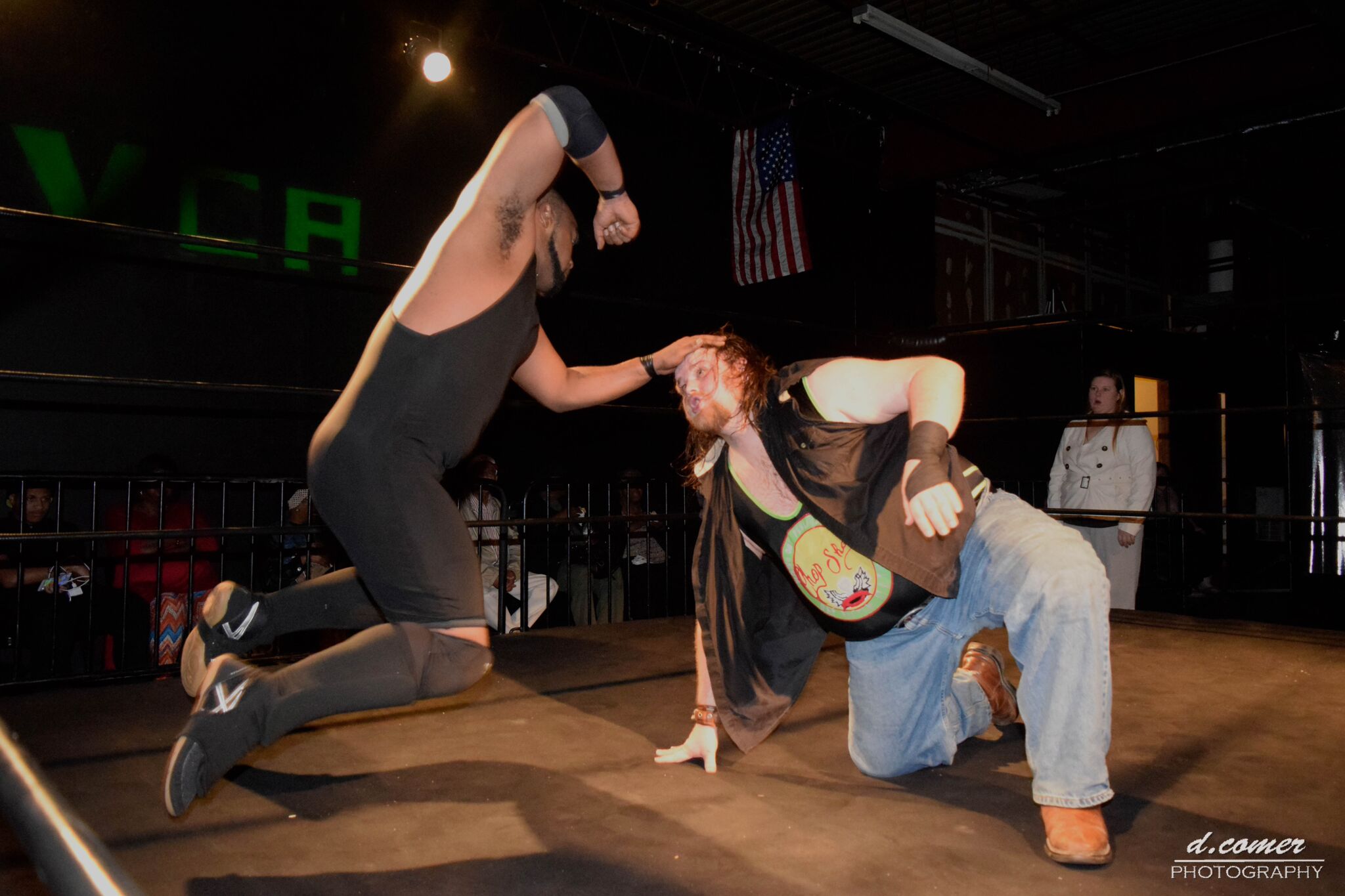 One couldn’t count Raines out and Gilbert found that out first hand as Raines began slamming Gilbert to the mat multiple times. 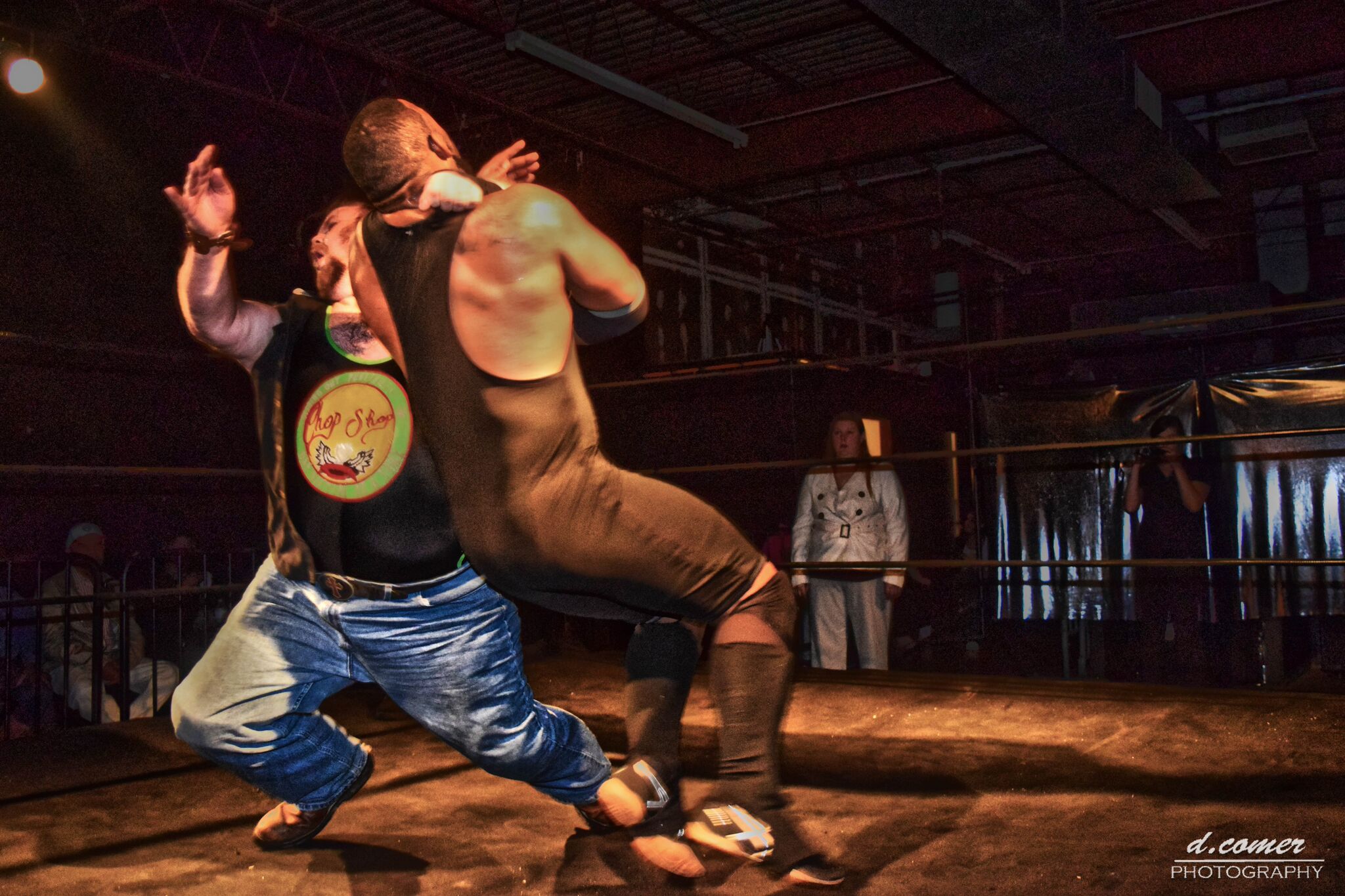 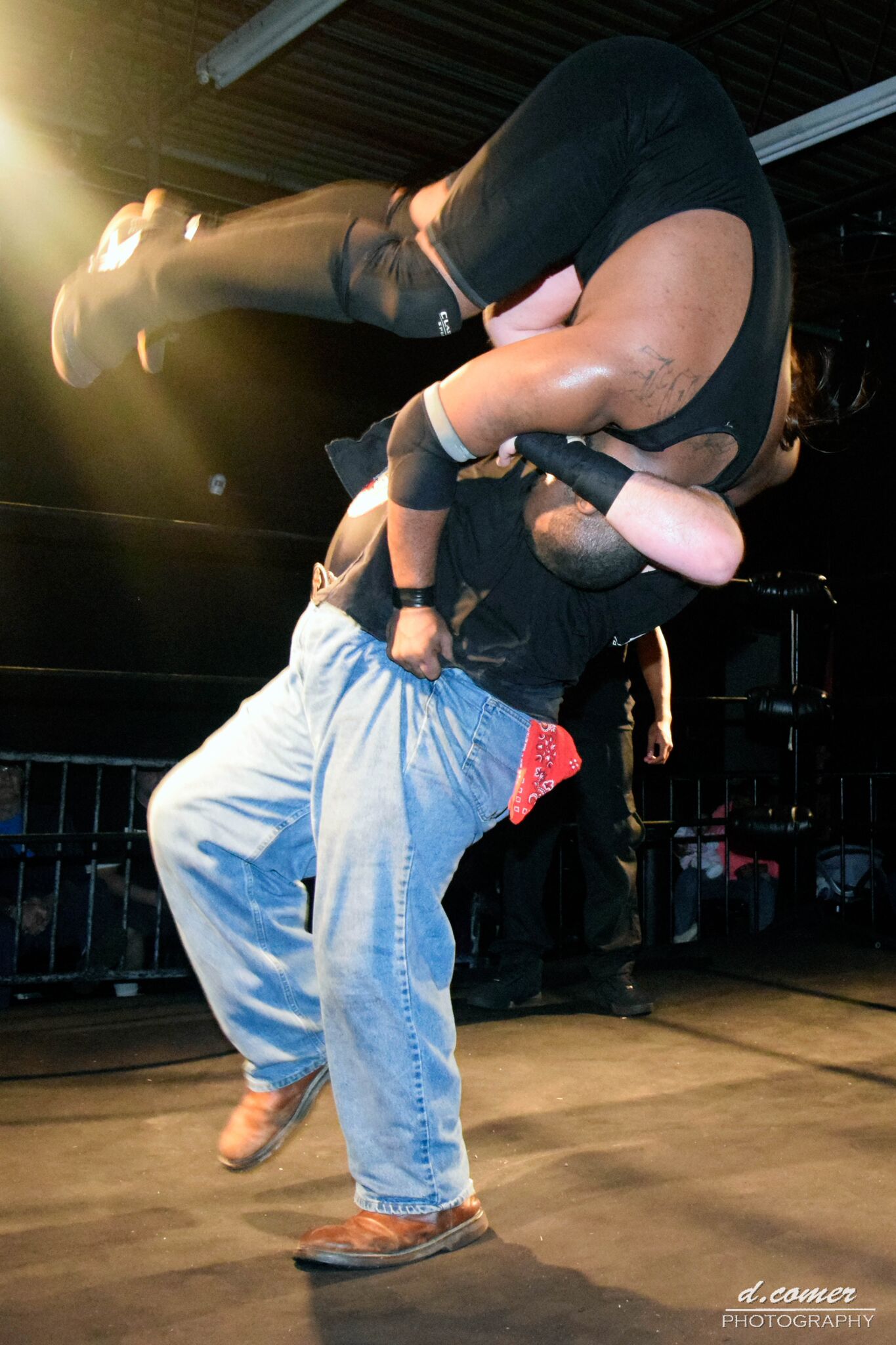 Raines began erupting with move after move and Gilbert soon found himself whaling through the air and being slammed to the mat by a vicious Spinebuster. Raines could smell victory and so could Terra. 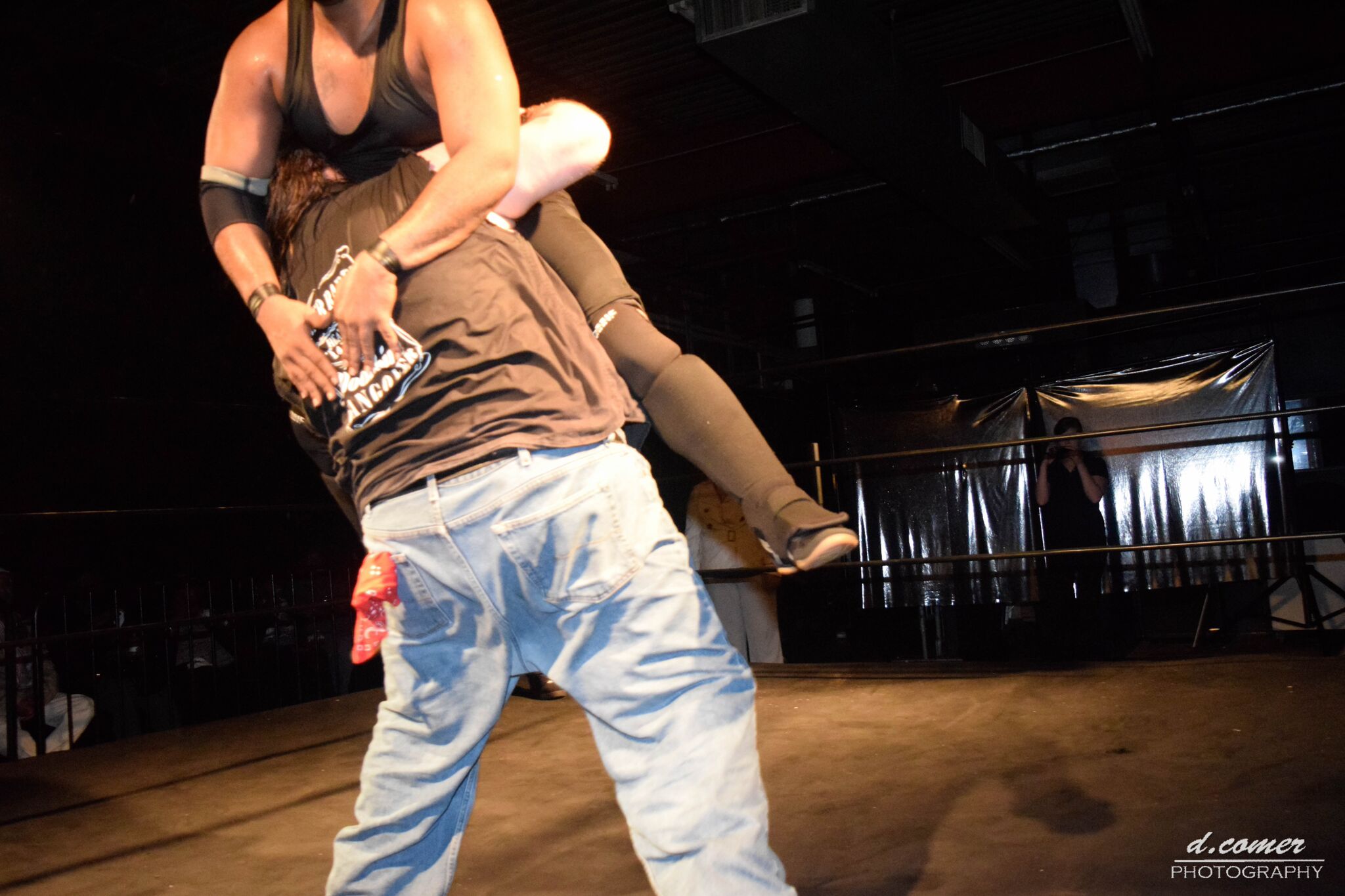 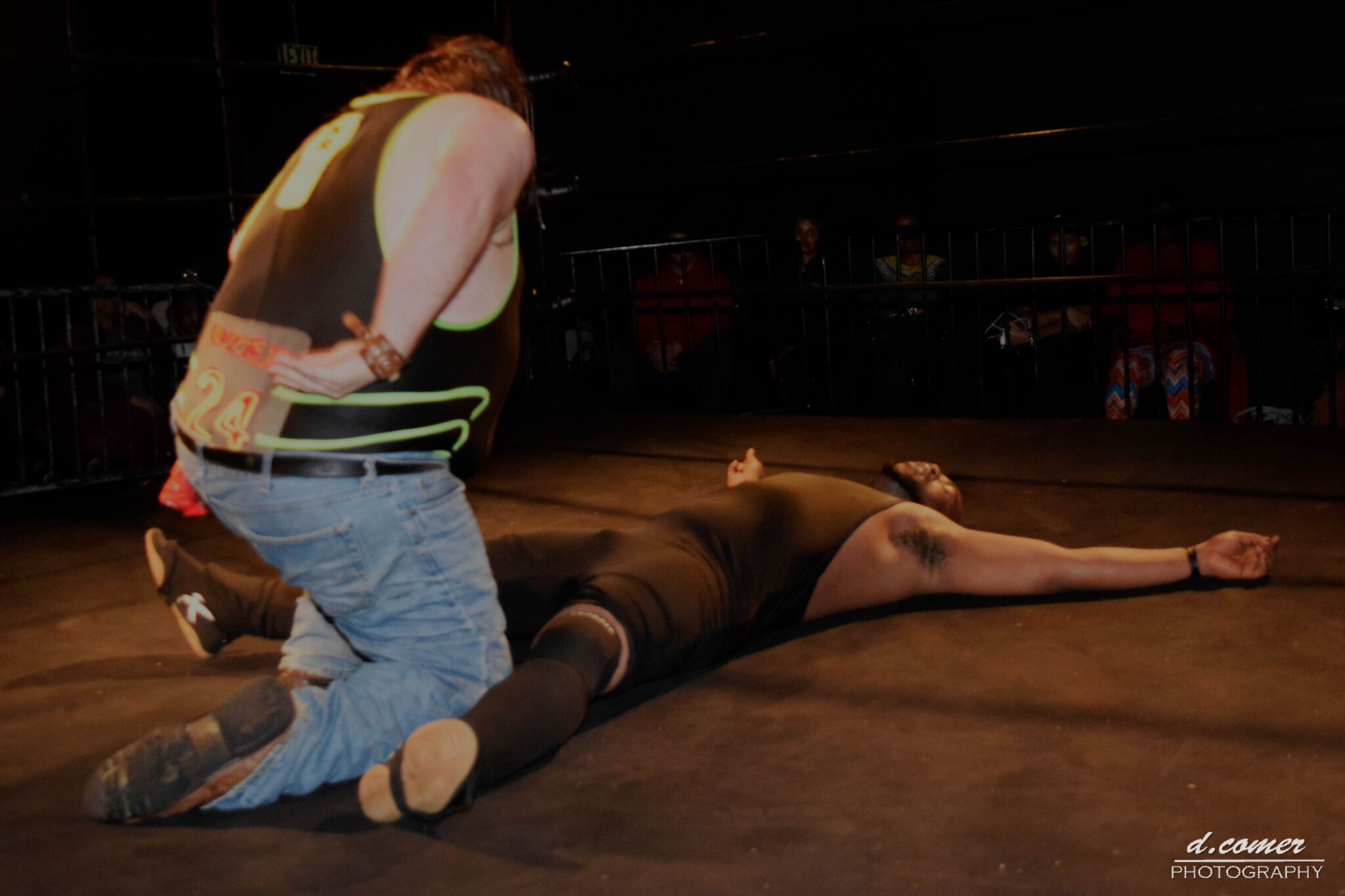 Rae had seen this way too often so Rae intervened hoping to distract Raines from finishing her future off. 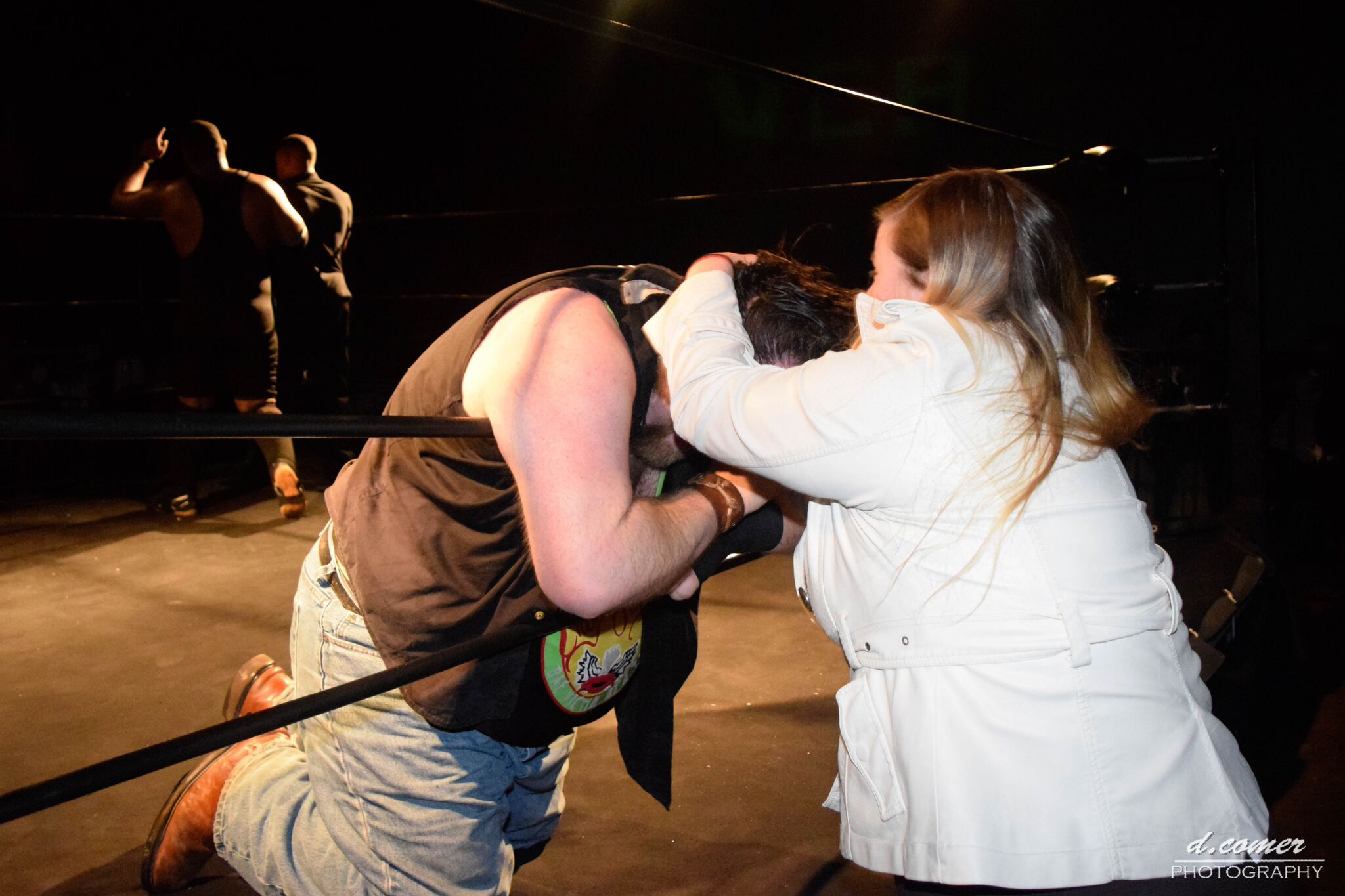 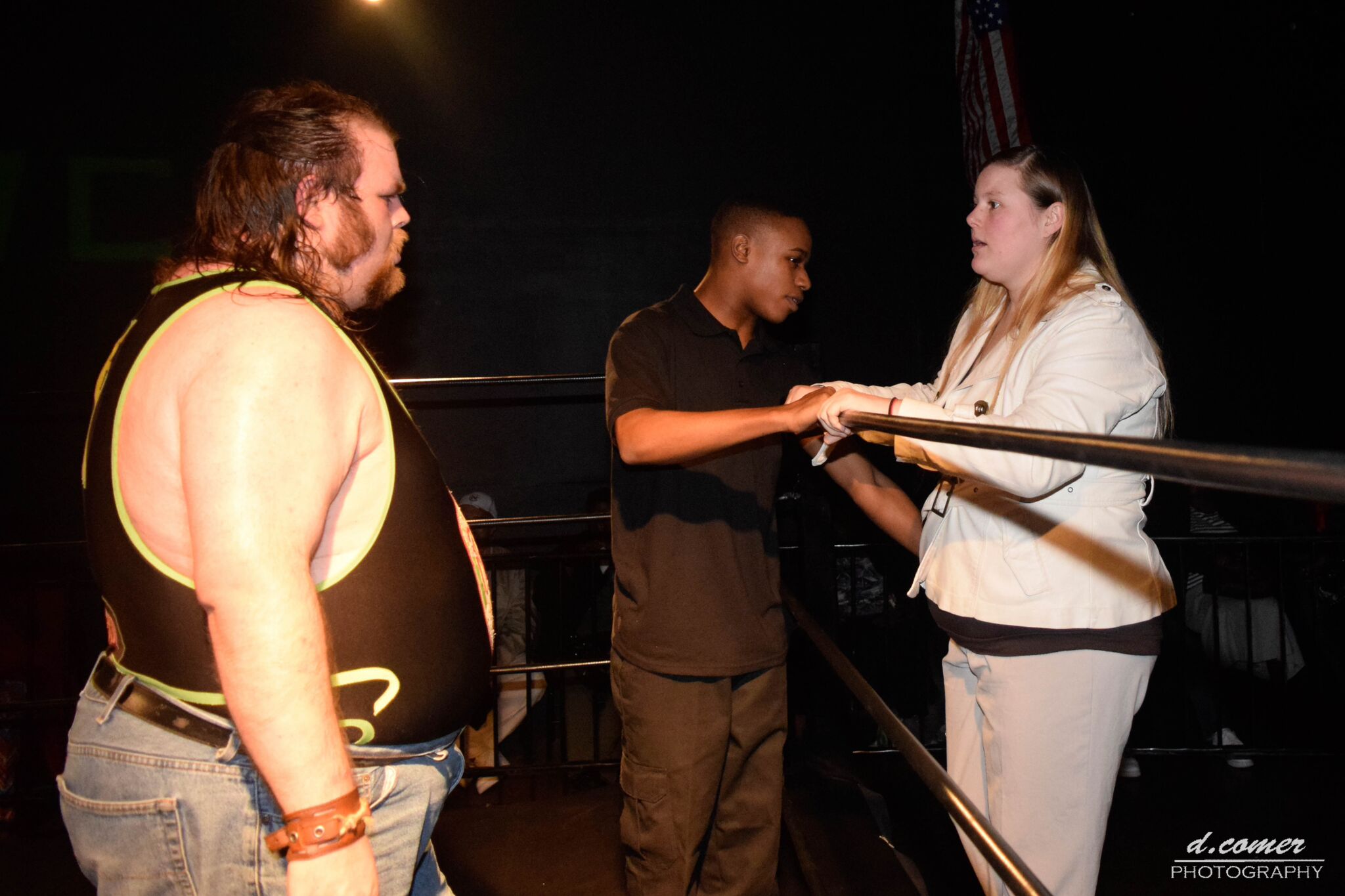 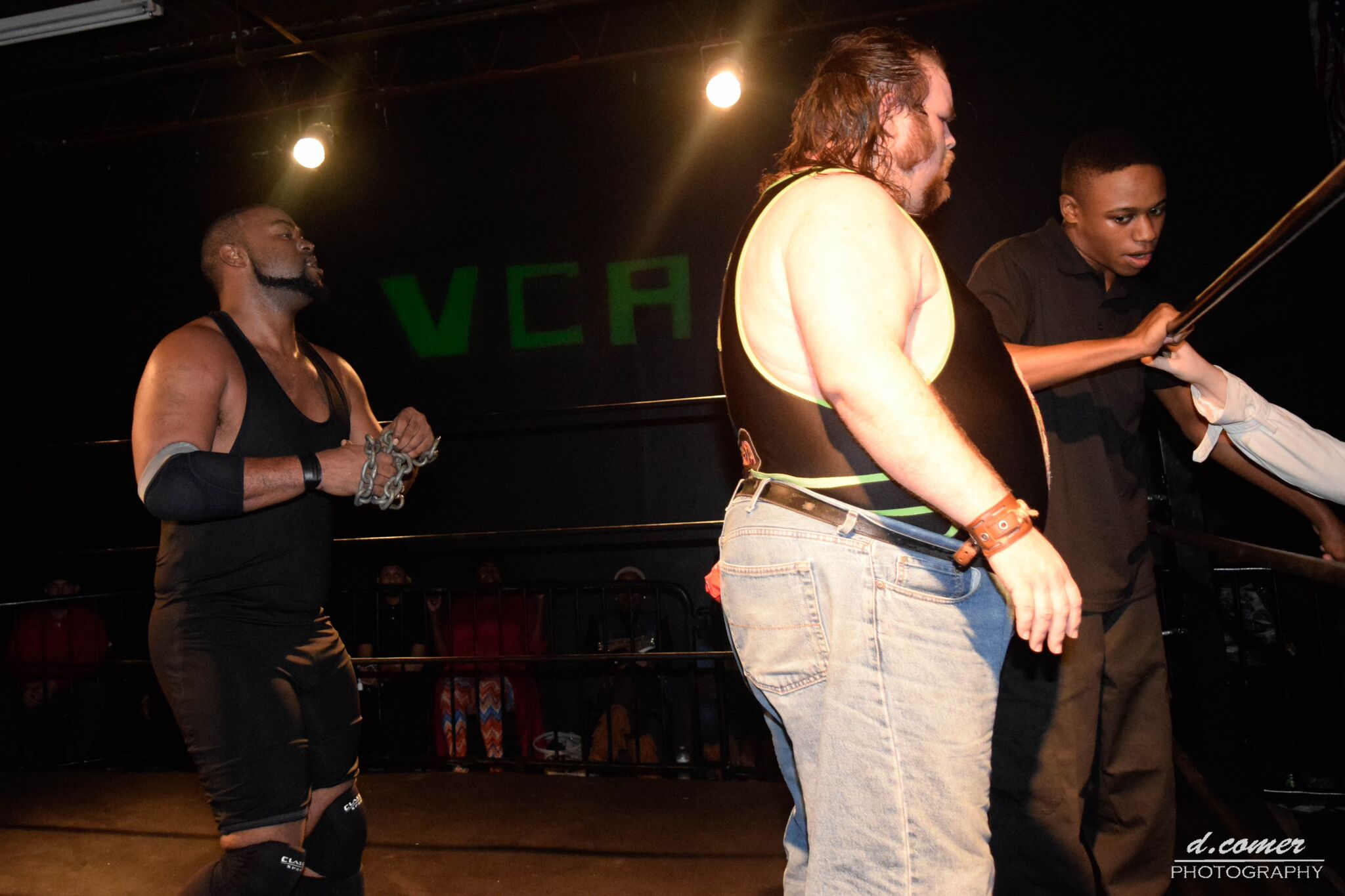 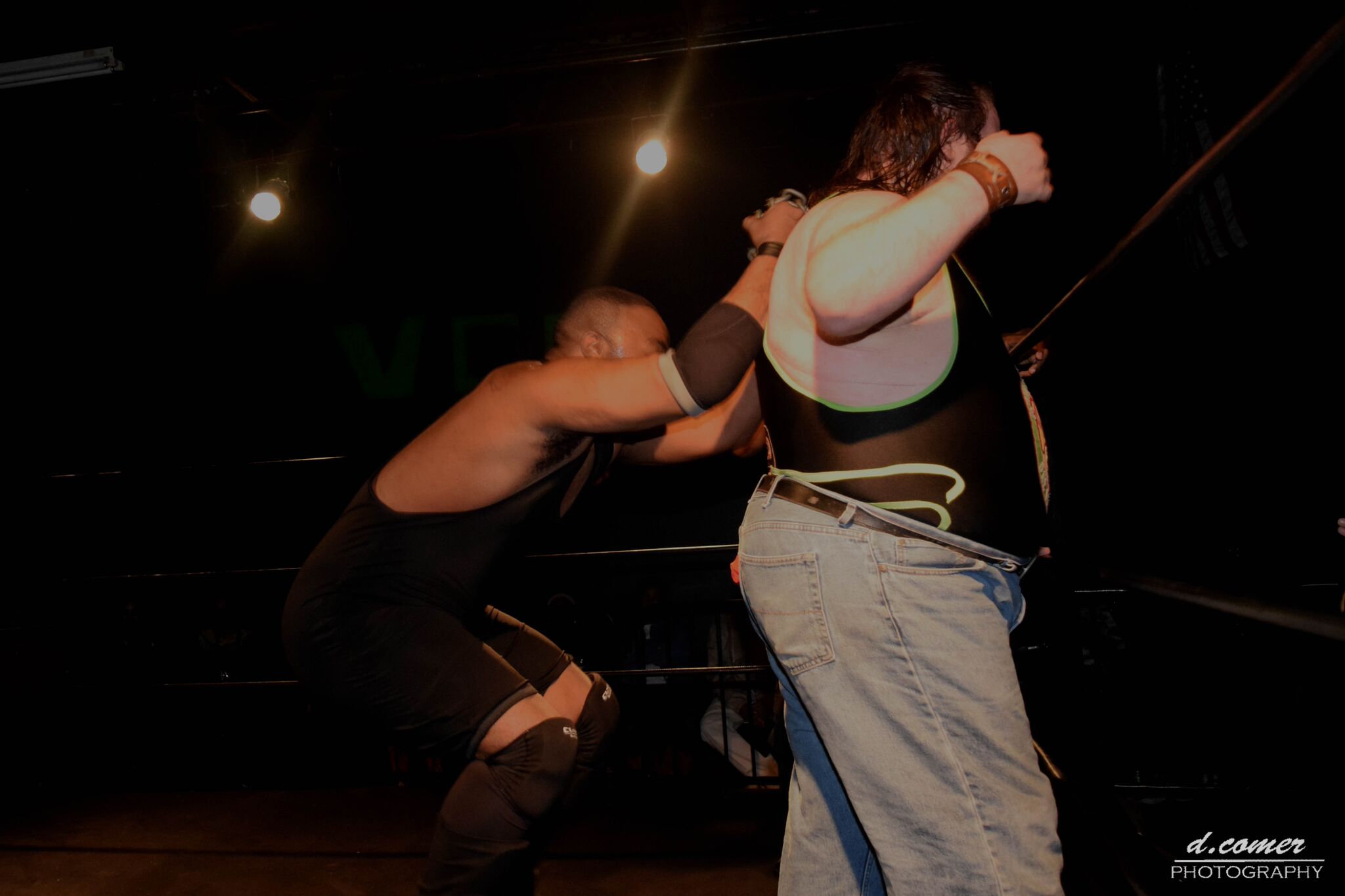 While focusing a little too long on Terra, Gilbert clobbered Raines from behind with a chain getting himself disqualified. At this point Gilbert could care less and only wanted to punish Raines. Gilbert tossed the chain to the outside and persisted to assault Raines, but Gilbert should have kept the chain a little longer.

Raines regained his strength and drilled Gilbert to the mat with his Moonshine Hangover. Raines then yelled at Rae telling her that she nor Gilbert got the job done tonight. Raines insisted that she’d have to do better than that. 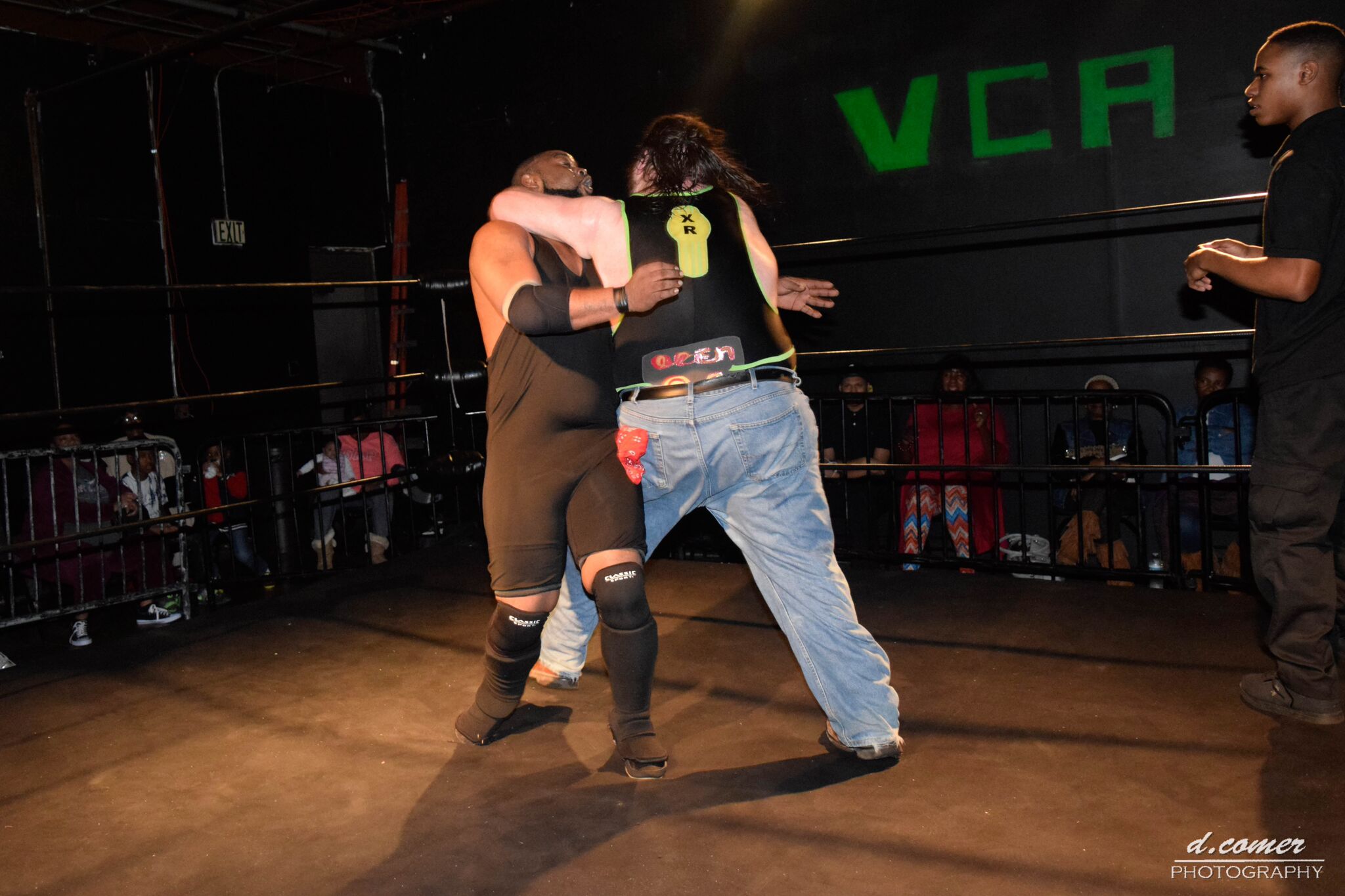 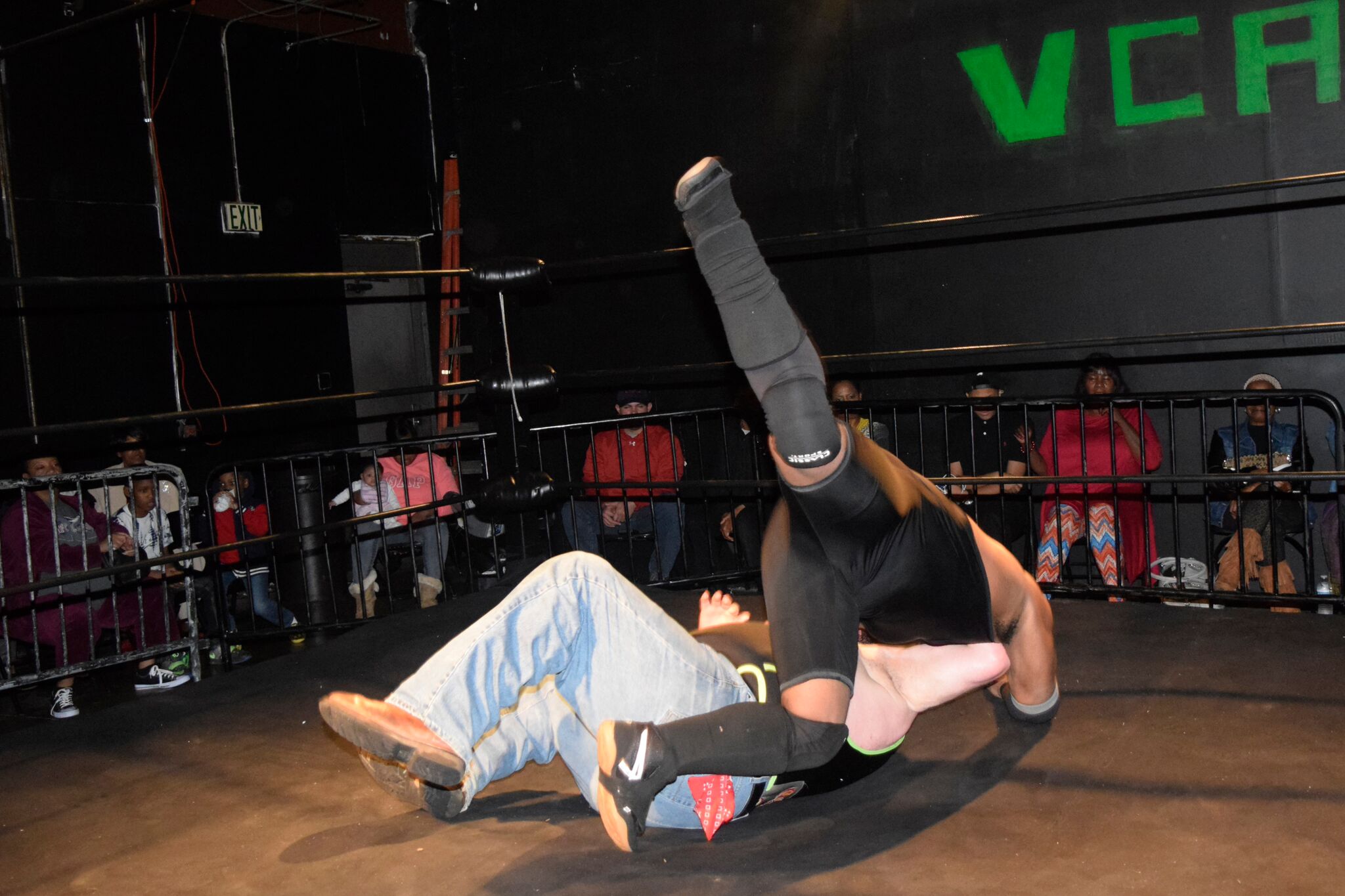 Although Gilbert wasn’t successful,  Gilbert stated that Raines didn’t get a pin fall victory over him at Extravaganza. Gilbert said the next time the two meet the outcome will be much different.