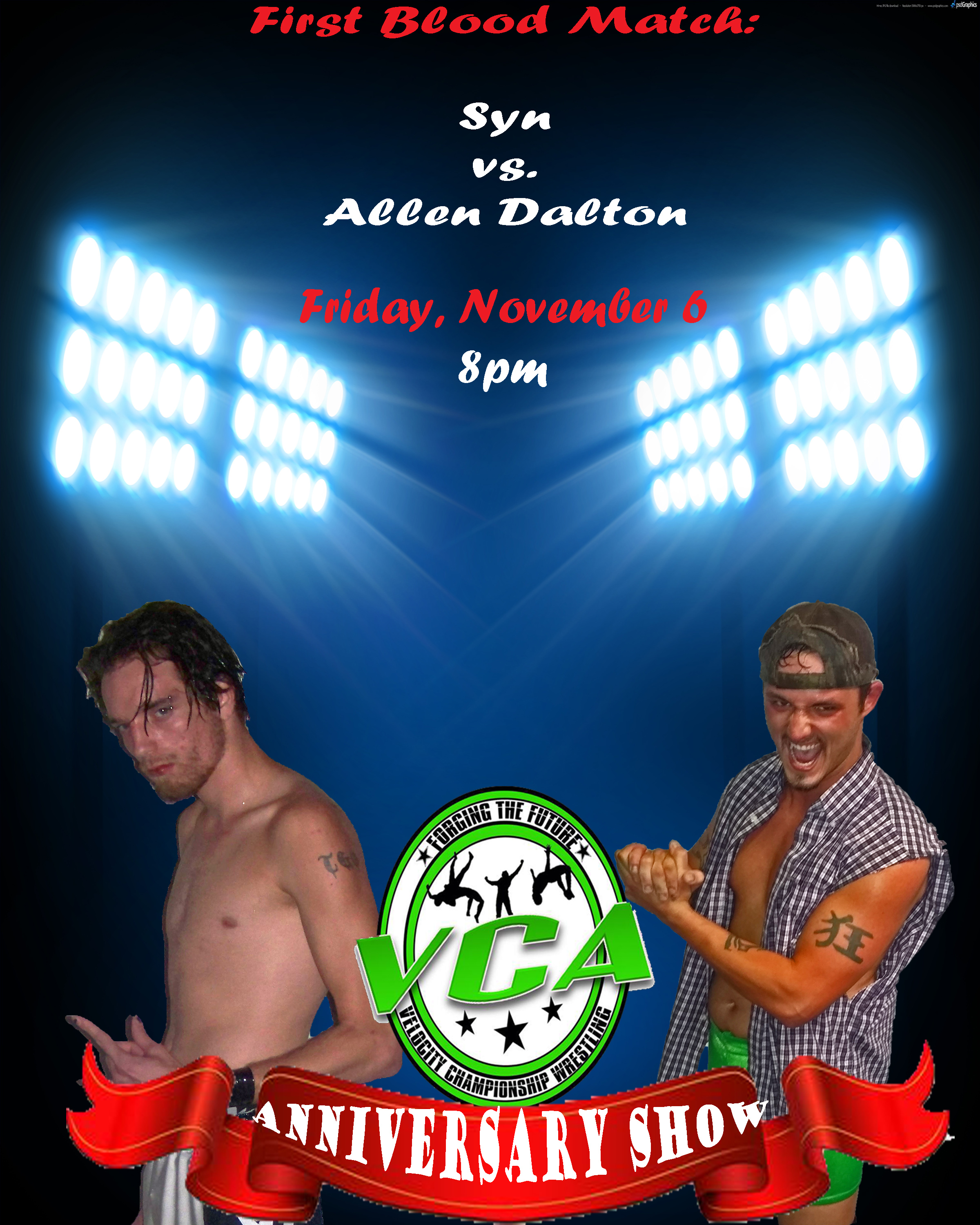 This Friday night at VCA’s four year anniversary show, Allen Dalton will go one on one with Syn in a First Blood match.

For those unfamiliar with the match, the only way for a participant to win the match is to force their opponent to bleed, meaning there’s no pinfall or submission. This type of match was built for rivals with a deep embedded hatred for one another which happens to be the case with the two participants.

Syn and Dalton are no stranger to one another so there was no surprise when Dalton finally announced he had grown tired of Syn’s wicked ways and wanted to end his long dragged out feud in a First Blood match. Syn, who proved he disliked Dalton just the same, accepted Dalton’s challenge claiming he’s a pioneer of the First Blood match. Syn added the only thing fans will see is their hero being hauled out the studio a bloody mess. Syn continues to hold on to the belief that he’s the best wrestler in the area.

No one can determine the outcome of this match, but what is known is that an unlucky individual will be left in a pool of blood. This one will not be for the faint of heart! Join the VCA stars this Friday as they celebrate four years of excellency. All tickets for the event is only $10. Bell time is 8pm.