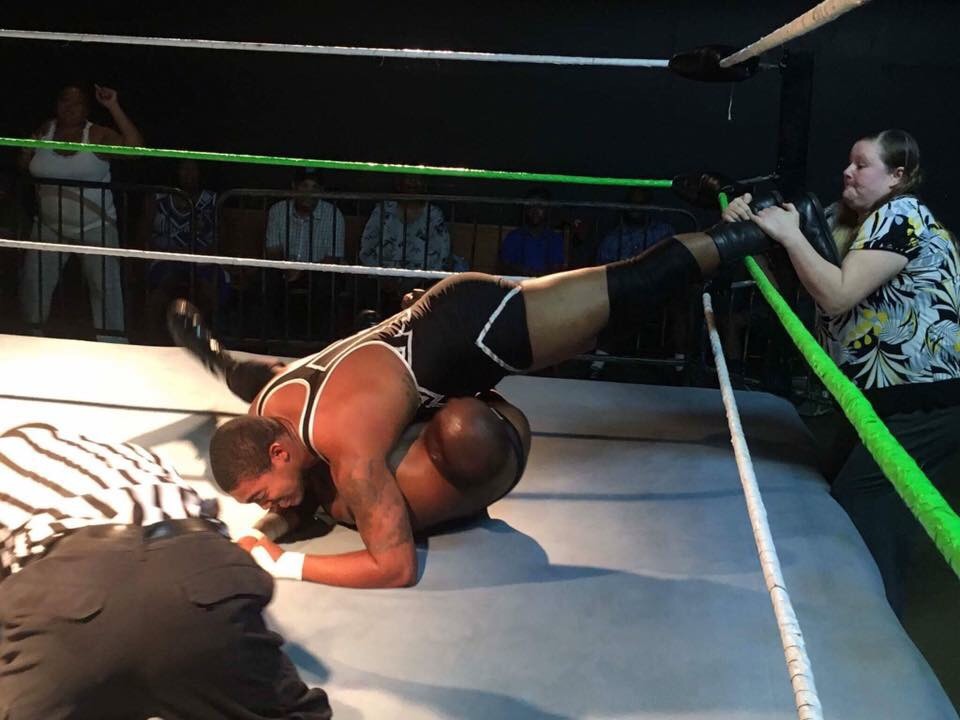 Make sure you're in attendance this Friday evening at 8pm as the VCA stars turn it up another notch as the Charlie Parks' Tribute event draws near.

This Friday evening, Michael "The Radio" Clark is set to address what transpired between Daniel Miraculous and himself last week when Daniel disgraced the Juniorvative champion by applying makeup and lipstick to the champ's face. Clark remains upset and plans on telling Daniel exactly how he feels this Friday.

Remember, last week VCA heavyweight champion, Big Tiny, loss his portion of the company to Terra Rae after being defeated by former champion Chris Evans. This Friday night, Terra Rae is exercising her first week as full owner of the company again by booking Tiny in a non-championship singles contest against Daniel Miraculous.

Rae informed the office this evening that the contest between Tiny and Daniel won't be a regular contest, but Terra said it'll be a Stink Face match in which the only way to obtain a win is by placing one's ass in the others face. This will be one contest that no one will want to miss!

Also scheduled to appear this Friday: The Greatest Show on Earth, Lil T, Andreas Sanchez, Chris Evans, The Chicago Kid Que, Terra Rae, and more! All tickets for this event is $10. The address is 3035 Directors Row inside the Directors Plaza II Suite E Memphis, TN.