VCA has been on fire for weeks as the stars draw closer to the Charlie Parks Tribute Show.  The event will feature current VCA stars as well as Old School IWA stars that will join together to show tribute to the Sniper Charlie Parks.  The event is set to take place Sunday, August 2 and participants will be named soon, but VCA stars will have to get pass this Friday’s event July 3.

The major match of the evening is the VCA heavyweight championship match featuring champion Kaptain Justice and contender Big Tiny. There’s no love loss between the two and both have remained adamant about the heavyweight championship.  Justice informed everyone he had grown tired of Tiny’s countless attacks and couldn’t wait to finally put Tiny under once and for all.  Justice revealed after he’s done with Tiny he’s looking to defend his championship against a new opponent that deserves it.  Justice’s referring to Terra Rae hand picking Tiny as the number one contender when others felt Tiny didn’t deserve a shot at the title.  Tiny insists he won’t only take the heavyweight championship, but Tiny says he’s going to rip Justice’s mask off and end his career.  Making matters worse, Tiny said he’s going to do it on Justice’s favorite holiday weekend, 4th of July.

Another anticipated match is the Juniorvative championship match between champion Allen Dalton and contender Malik.  This match was set up due to Terra Rae claiming she was tired of Dalton interrupting her show.  The punishment set for this crime was Rae forcing Dalton to defend his championship title, but not against just anyone, but his close friend, Malik.  Dalton nor Malik wanted any parts of the match, but realized they had no choice but to comply with Rae or be fired! Dalton and Malik agreed to compete this 3rd of July in what at first would be friendly competition, but now it’s a little more.  After Dalton mistakenly nailed Malik with a giant hammer while trying to bash the Bearded Dragon Floki, things took a turn for the worse.  Last week, Malik tried aiding Dalton by snatching a chair from Brooks, but that too failed.  Malik would snatch the chair from Brooks, but as Dalton whipped Brooks to the ropes, Brooks reversed the counter causing Dalton to collide with Malik.  Brooks would pick up the victory and Dalton wasn’t happy.  Dalton questioned Malik and the two began shoving one another ending with Malik slapping Dalton and exiting the studio. Dalton said he hopes the match doesn’t spilt their friendship, but this Friday theres no telling what might occur.

Xander Raines’ return was one to remember when he saved Fred Jackson’s job by defeating Tiny. Raines’ return would be short lived as Syn began targeting the Beast from Grenada.  Syn claimed Raines returned for fame and glory and lied to the fans about missing them and in-ring competition.  Syn said he’d expose Raines and for weeks Syn tried doing just that to the over 300 pounder.  Syn went as far as attacking Raines’ arm trying to cripple and take the big man out of action for good.  Raines said he took Syn’s attack personal not only because of the assault, but because Syn tried taking what he loves to do away.  Syn thought the attack and injury would keep Raines away but Raines showed his drive by showing up anyway.  Xander tried seeking retribution, but Syn cowardly ran from Raines.  Raines wouldn’t back off easy as he and Chris Evans would team this past Friday in taking on Syn and Floki.  Everytime Raines entered the ring, Syn would quickly tag out knowing that Raines was about to rip him to shreds.  The cat and mouse game continued throughout the match ending with Syn delivering a Superkick and Curb Stomp to Evans after the match.  Raines tried saving Evans but the damage had already been done.  Raines has promised the VCA fans that this Friday there will be no more running for Syn.

One of the weirder matches on the card for this Friday will be between Jake and Crazy Jack.  The two will compete in VCA’s first ever Sadie on a Pole match.  If Crazy Jack wins Sadie remains on Earth, but if Jake wins Sadie will be no more.  Jake insists after he’s done with Crazy Jake he’s going to make Crazy Jack and Sadie his bitch.  Crazy Jack was seen last week telling Sadie not to worry because he would protect her and send Jake straight to hell. 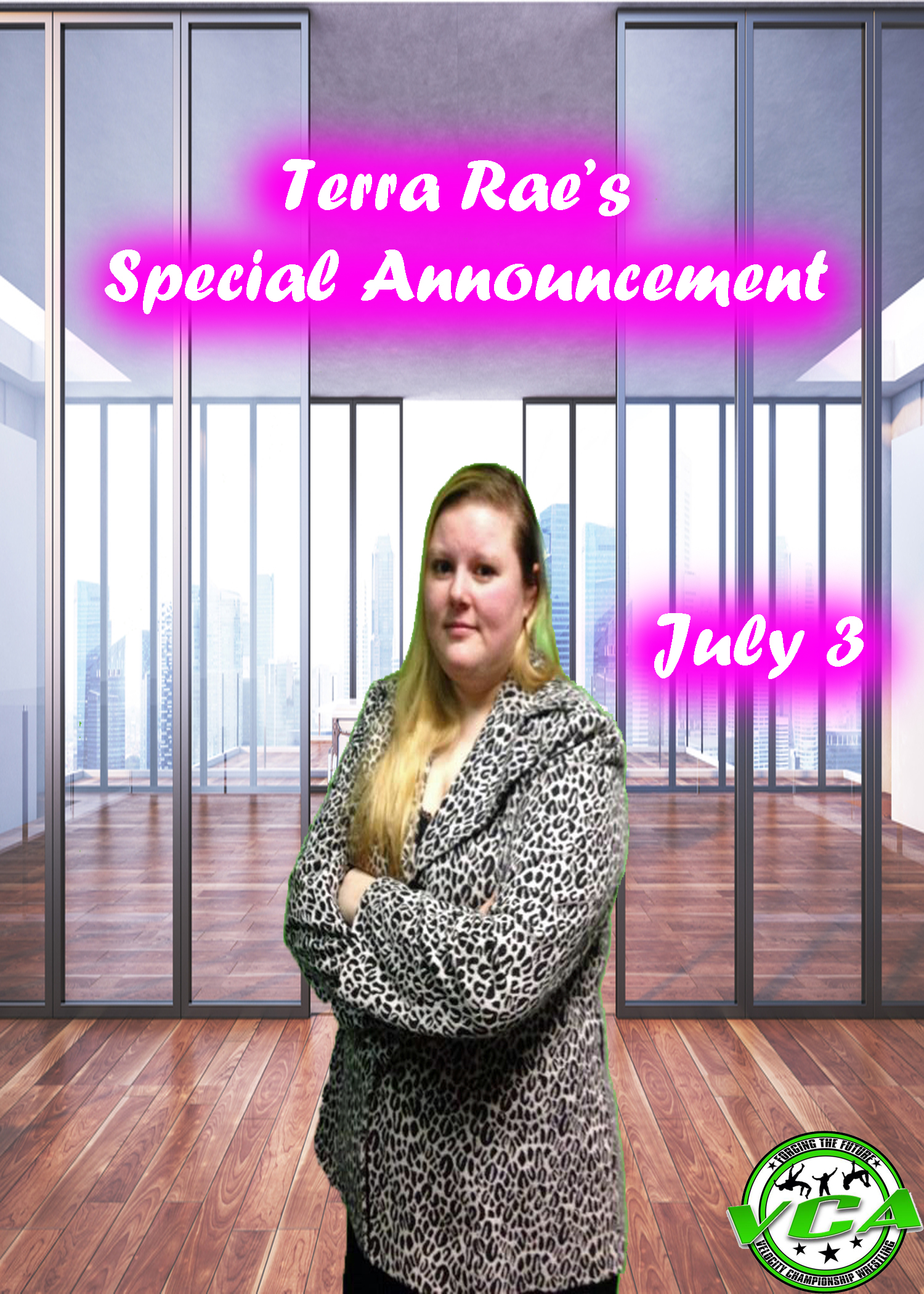 Make sure you’re in attendance to see who’d the incoming team will be!

There’s a lot of action going on this Friday, July 3rd at 8pm. Not only will there be a lot of non-stop action, but Terra Rae will have a special announcement and there’s no telling what Rae will say.  The event will take place at 3035 Directors Row inside the Directors Plaza II Suite E Memphis, Tn.  All tickets are only $10. Come out to the VCA studio this Friday night!