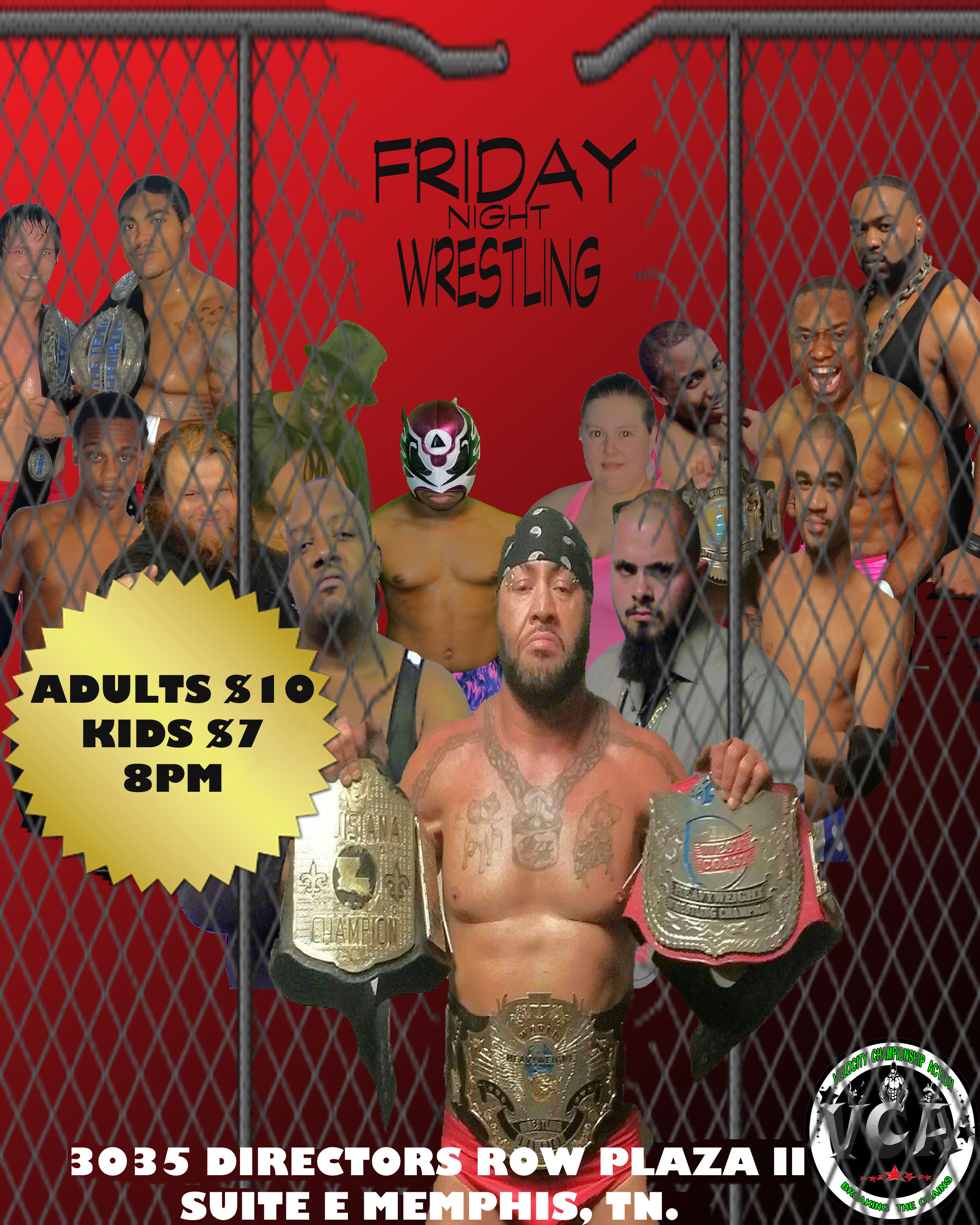 What a night from this past Friday’s Super Show! The event turned out to be a success as the entire studio was flooded with great fans ranging from different age groups. One member of the VCA roster that wasn’t that successful was Andreas Sanchez.

I know you’re probably asking yourself, “but didn’t Sanchez defeat Rodney Mack in the 5 minute challenge match?” The answer is yes, but the aftermath would turn out to be fatal for the masked star.
After Sanchez successfully completed the challenge, Mack attacked Sanchez leaving the El lucha star grounded. Mack, out of anger and rage, slammed Sanchez multiple times and flew off the top ropes crushing the lightweight star. As a result, Sanchez will not be in action this Friday night.

Terra Rae wasn’t so pleased that night either as she suffered defeat to former WWE women’s champion Jazz. Rae is said to be pissed and it wouldn’t take much to piss her off.

One match that an angry Rae has already booked for this Friday night is Malik and Brooks teaming to take on Lil T in a handicap match. Although Rae had already signed Lil T, Terra said he had no right to interfere in Malik and Brooks’ business.

Rae also mentioned that she wasn’t pleased with the outcome of the tag match and how Chris Evans utilized a bat in winning the tag team championship. For that, Rae said Evans will compete in two single matches. One against Johnny “The Sleeper” Gilbert and the other against Daniel Miraculous.

Also this Friday night, Big Tiny will be in action against the deranged Crazy Jack. Tiny won his match against Gilbert last week after the referee reversed the decision giving Tiny the win. This win helped Tiny as it propelled Tiny back in the runnings for the heavyweight championship. Tiny’s opponent this Friday, Jack, is said to be more dangerous than ever since he’s come in touch with his dark side.

Tiny is set to speak on his rematch with Rodney Mack at the Charlie Parks Tribute show this Friday night, but there is one problem. Not only will Tiny be receiving a championship match, but Xander Raines will receive one too making the match a triple threat match at the Charlie Parks Tribute show. We realize that Tiny and Xander are friends, but what will this do to their friendship knowing the heavyweight championship is on the line?

The other half of the VCA tag team champion, Allen Dalton, will be in action this Friday too. The returning Cymba is set to make an appearance this Friday to speak on the upcoming Charlie Parks Tribute show Friday, August 5th.
Join the stars of VCA this Friday night because there’s no telling what might go down with the approaching Charlie Parks Tribute show on the way. Adult prices are $10 and kid prices are $7. Bell time is 8pm and the address is 3035 Directors Row Plaza II Suite E Memphis, Tn.