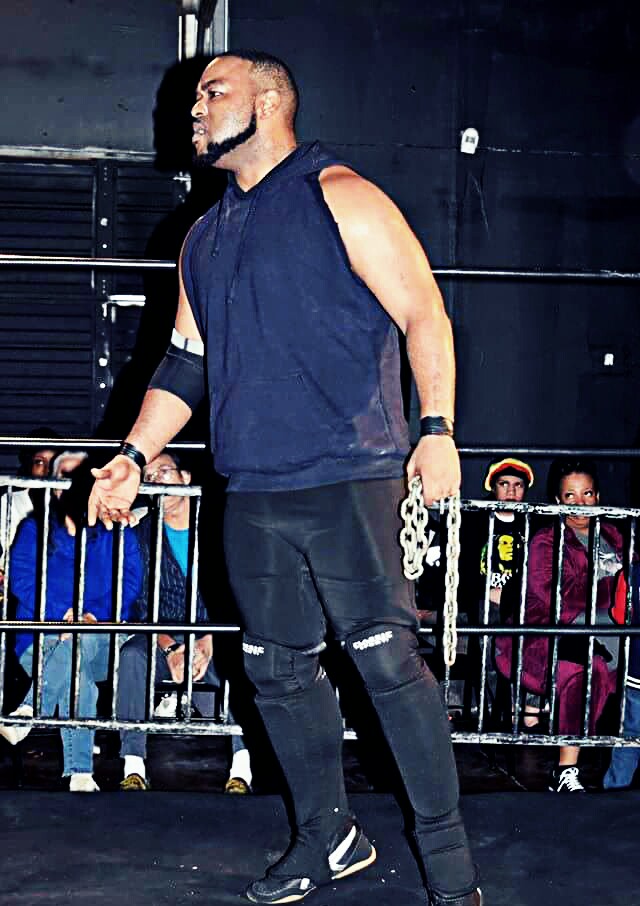 This upcoming Friday’s weekly event at the VCA studio promises to be a good one as we prepare for VCA’s Supershow Friday, July 1st!

The past week, fans witnessed Big Tiny announce that he would accept Johnny “The Sleeper” Gilbert’s challenge at the Supershow after Gilbert’s cowardly attack weeks ago.

After he’s done with Gilbert, Tiny said he’s going to ahead and take care of current VCA champion Rodney Mack. Remember, Tiny’s foot was on the ropes weeks ago when he face Mack, but Mack’s manager, Professor P, shoved Tiny’s foot off the ropes without the referee seeing it. Tiny said he’s owed another heavyweight championship match, but there is one other person standing in his way.

Just announced this Morning, Xander Raines informed us here at the studio that he has something he’d like to say to Tiny face to face about receiving another championship match. Remember, weeks ago at the Supershow, Raines said that he wanted the next shot at Mack’s heavyweight championship. We’re not to certain that Raines will move aside for Tiny to receive another shot.

Also this Friday, Terra Rae is scheduled to once again address her opponent at the Supershow, former WWE women’s champion, Jazz!

This past Friday, Rae said she’s going to enjoy dragging Jazz from one end of the studio to the next to show Jazz that she’s the baddest chick in VCA.

Next, a huge six man tag team match is scheduled to take place between the team of Malik, Brooks, and Daniel Miraculous versus the team of Chris Evans, Allen Dalton, and Andreas Sanchez. The only thing, is Sanchez healthy enough to compete after being dumped on his head twice by Rodney Mack week’s ago?

Johnny Gilbert will be in action this week against Crazy Jack in a Back alley Street Fight Match and this one is for sure to get CRAZY!!!

Also scheduled to appear: Jake, Lil T, and more! Join us this Friday at 8pm. 3035 Directors Row inside the Directors Plaza II Suite E Memphis, Tn. Tickets for adults are $10 and kid tickets are $7.