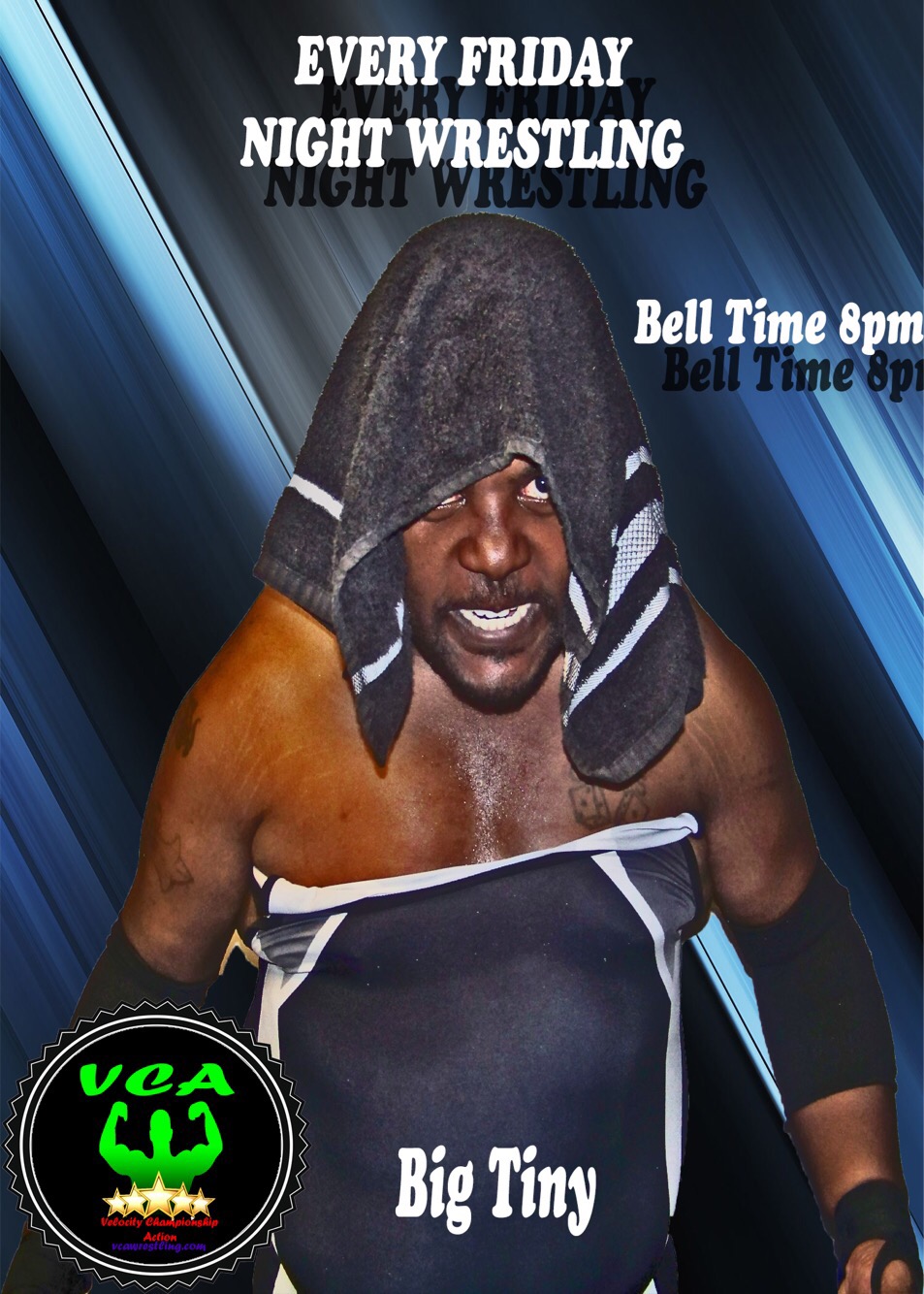 Half owner of VCA, Big Tiny, has announced that this Friday night he’s invoking his rematch clause and doesn’t give a damn how Terra Rae, Jason Hall, or Chris Evans feel. After experiencing the loss he suffered last week, Tiny is looking to get revenge and reclaim his heavyweight championship.

Also, Terra Rae said that there will be an official contract signing this Friday night that will officially make referee Que a VCA wrestler. Terra said just the thought of Que being one of her stars sickens her as Que doesn’t deserve the right to be called a wrestler.

Then, Tiny has signed a rematch between newly crowned Juniorvative champion, Brooks, and former champion, Lil T. T loss the championship after being drilled to the mat with a devastating Piledriver at the Saturday Night Wrestling event.

This Friday, Daniel Miraculous will be in action, but Daniel says he’s going to tell something that’s going to shake the entire indy wrestling world. Daniel says this is one announcement that no one will want to miss.

Also in action this Friday: Spiderman, Malik, Michael “The Radio” Clark, Johnny Ewing, Jake, Jason Hall, and more! Tickets for the event is $10 for everyone.