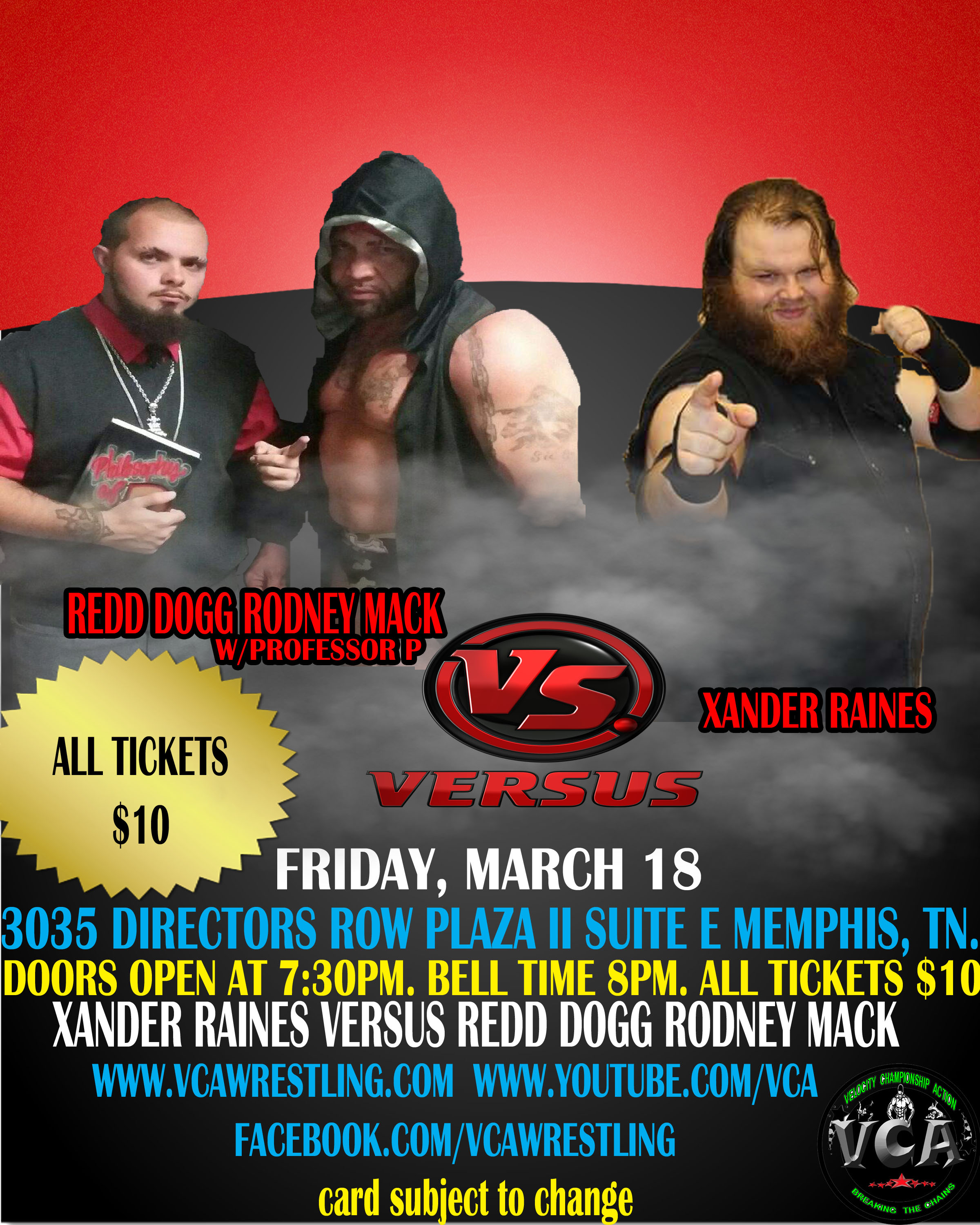 Also, Brooks will compete against Chris Evans this Friday night. Evans, who recently announced he would no longer go by “Da Kyd,” said he’s looking forwards to competing against the Juniorvative champion this Friday.

Johnny “The Sleeper” Gilbert said this Friday he’s issuing an open challenge to anyone that’s willing to accept because he’s looking for warm-up matches before competing in the 15 man over the top Battle Royal Friday, April 1st. This past Friday night Gilbert took on Crazy Jack and defeated Jack via submission.

The main attraction match for this Friday night is Xander Raines versus Rodney Mack. This match came about after Raines saved Dalton from an assault from Mack weeks ago at the Supershow. Afterwards, Raines put out a video saying that since no one else will step up against Mack he’d step up against the former WWE superstar to take back his yard.