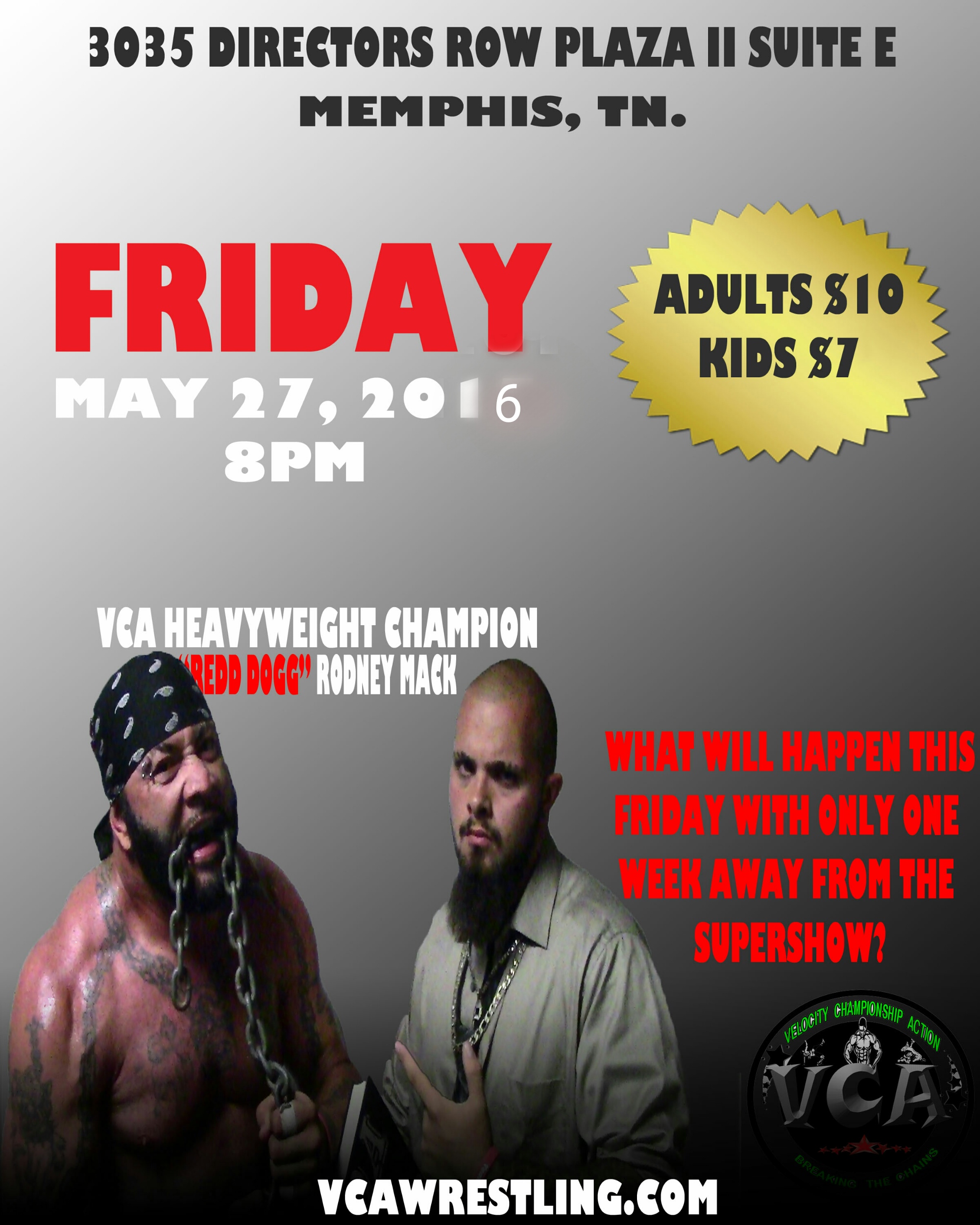 We’re only one week away from VCA’s Friday night SuperShow which is expected to be one memorable event, but before the June 3rd event, there’s action this Friday night!

Already signed for this Friday night, Brooks will compete against Andreas Sanchez is singles competition. Brooks is the co-holder of the VCA Juniorvative championship sharing the title with Chris Evans. We’re expecting Brooks versus Sanchez to be a great fight as both men have been on fire lately at the VCA studio.

Also scheduled for this Friday, Malik and Johnny “The Sleeper” Gilbert will team to take on the team of Big Tiny and Allen Dalton. We all know the history between Tiny and Gilbert, but with Malik and Dalton’s heated feud as of late this one will be one intense tag match.

Dalton is also expected to open the show with a message to Malik on their upcoming bout at the SuperShow Friday, June 3rd.

The VCA heavyweight champion, Redd Dogg Rodney Mack, will be in action this Friday as well. The champion said he’s looking for a good warm-up match before he whips Big Tiny’s ass at the Supershow.

Join the VCA stars this Friday night at 8pm. Tickets for adults are $10 and kid ticket prices are $7.