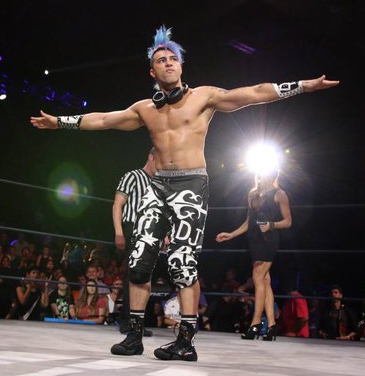 This Friday night VCA presents it’s weekly Friday night show where you’ll only see the best action in the Mid-South. VCA has your weekly dose of action and once you’re hooked you’ll never be the same.

After turmoil broke out last week between VCA owner Terra Rae and a disgruntled employee, Rae plans on addressing the incident at the top of the show. Rae said she’s going to do something she’s never done before so make sure you’re in attendance to see what Rae has planned.

Also, Big Tiny will be in action. Tiny spoke with us and said it seems he’s been looked over lately, but Tiny guaranteed us that he’s going to get back in the championship picture one way or the other. Tiny said no matter who’s in his way he will crush them.

Johnny “The Sleeper” Gilbert informed us this Friday he’s going to make an announcement that he hopes this one person hears and accepts. Gilbert said he’s been called the future and in order for him to be the future others must move out the way.

The new number one contender Andres Sanchez will be in action. It’s interesting to see what type of shape Sanchez is in after being assaulted by both Gilbert and Tiny the previous week. Sanchez will take on VCA heavyweight champion and former WWE Superstar Rodney Mack at MegaFest Friday, May 6th.

After the fallen out between Malik and Allen Dalton due to Brooks’ instigating, we’re looking to see who’d make the next move especially knowing that Dalton and Malik must team to take on the team of Impact Wrestling’s DJ Z and Brooks. Brooks has remained consisted with his story that he and Dalton have been in koohuts the entire time.