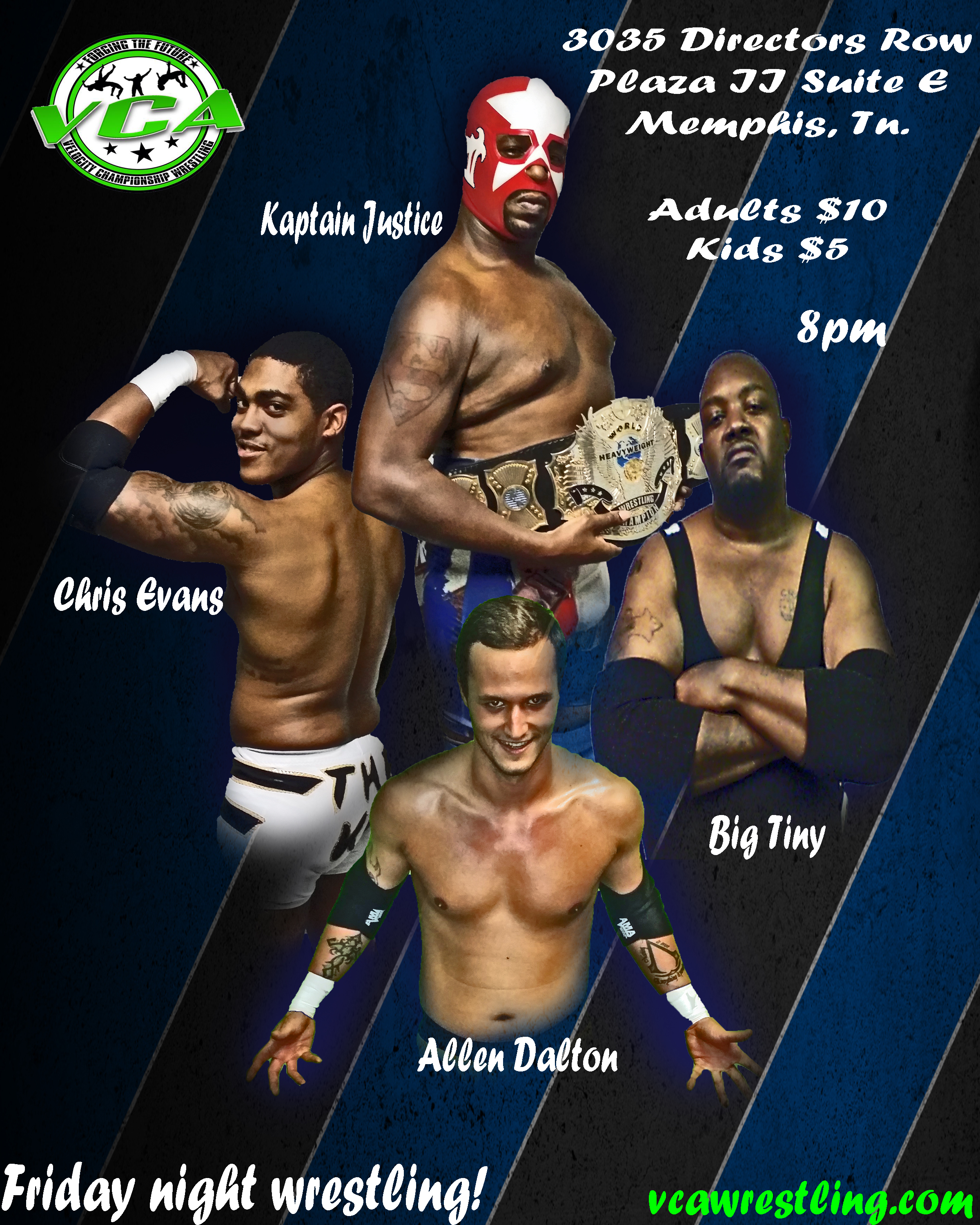 This upcoming week is for sure to be a good one with the VCA stars building to Halloween Massacre Friday, October 9th featuring TNA Impact Wrestling’s Dj Zema Ion.

Brooks has already stated that he will be making a major announcement in weeks on who he and Ion will compete against at Halloween Massacre.

This Friday night Terra Rae has issued a statement saying Kaptain Justice will compete twice! Rae said Justice will not only compete against his friend Chris Evans, but Justice will also take on the Juniorvative champion Brooks in a non-title contest. Justice definitely will have his hand full with this one!

Also, Malik and Anthony Payne will team to go against Big Tiny and Xander Raines. Rae claims this will be a treat for everyone because they’ll witness both Payne and Malik go down.

Then, Syn will go one on one with the former Juniorvative champion Allen Dalton.

This and a lot more this Friday night at 8pm. The VCA studio is located at 3035 Directors Row inside the Directors Plaza II Suite E Memphis, Tn. Adults pay only $10 & kids $5.