The road to VCA’s Extravaganza is on its way and the stars of the company continue to bring it. Not only was this past Friday night filled with excitement, but the fans were also treated to a big surprise. 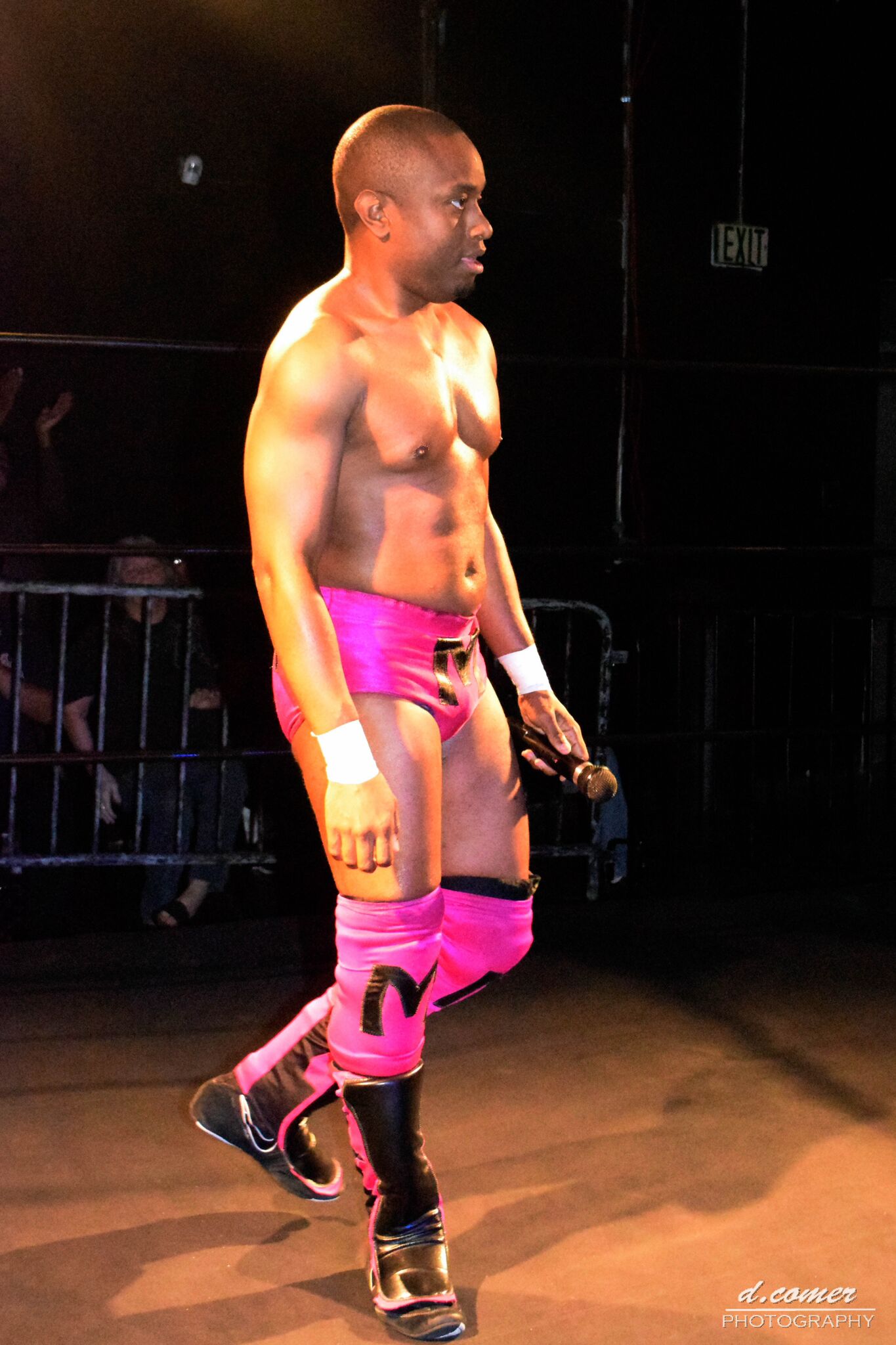 The night kicked off with Malik standing in the ring informing everyone of his match at Extravaganza with TNA Impact Wrestling’s Dj Zema Ion and VCA’s own Brooks. Malik said he had yet to find a partner for Extravaganza, but Malik ensured the fans he’d have one by the 27th.

Malik moved on to say that since Brooks challenged him to a match at Extravaganza, Malik said he was issuing a challenge to Brooks this Friday night at the 2015 Charlie Awards. Malik informed everyone that he was challenging Brooks to a Six Man Elimination tag team match in which he already found partners in Chris Evans and Allen Dalton. Malik told the live audience that if Brooks accepted he’d allow Brooks to pick his two partners. Just as Malik issued the challenge, Crazy Jack entered the studio. 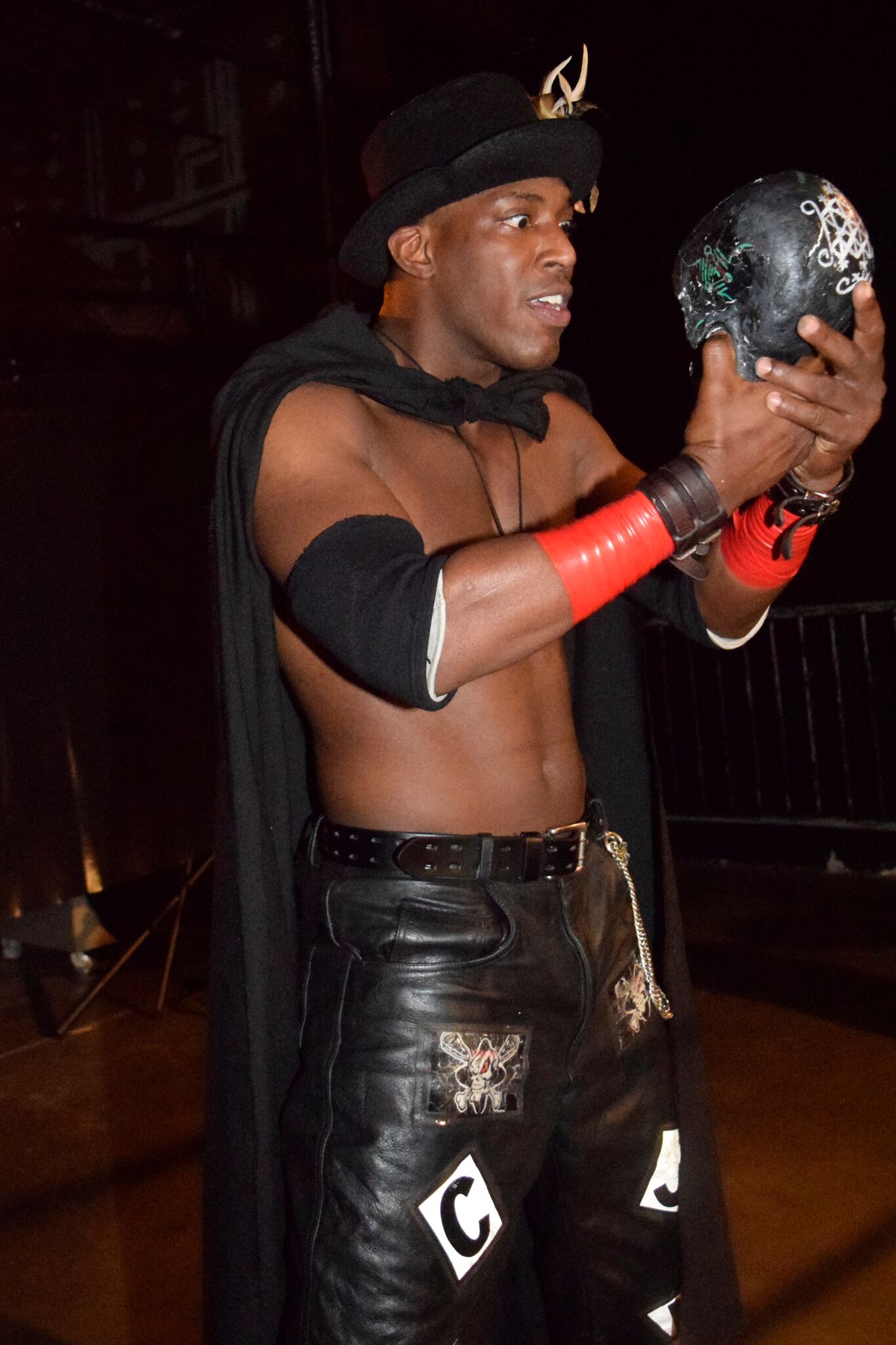 Jack entered the studio slobbering and crawling around the floor like a venomous snake. Jack proved that his recent time from the company had did him some good as he slammed Malik to the mat numerous times giving Malik little hope of surviving. Malik was able to battle back and get the win over Jack after Jack was rolled up for the pin. 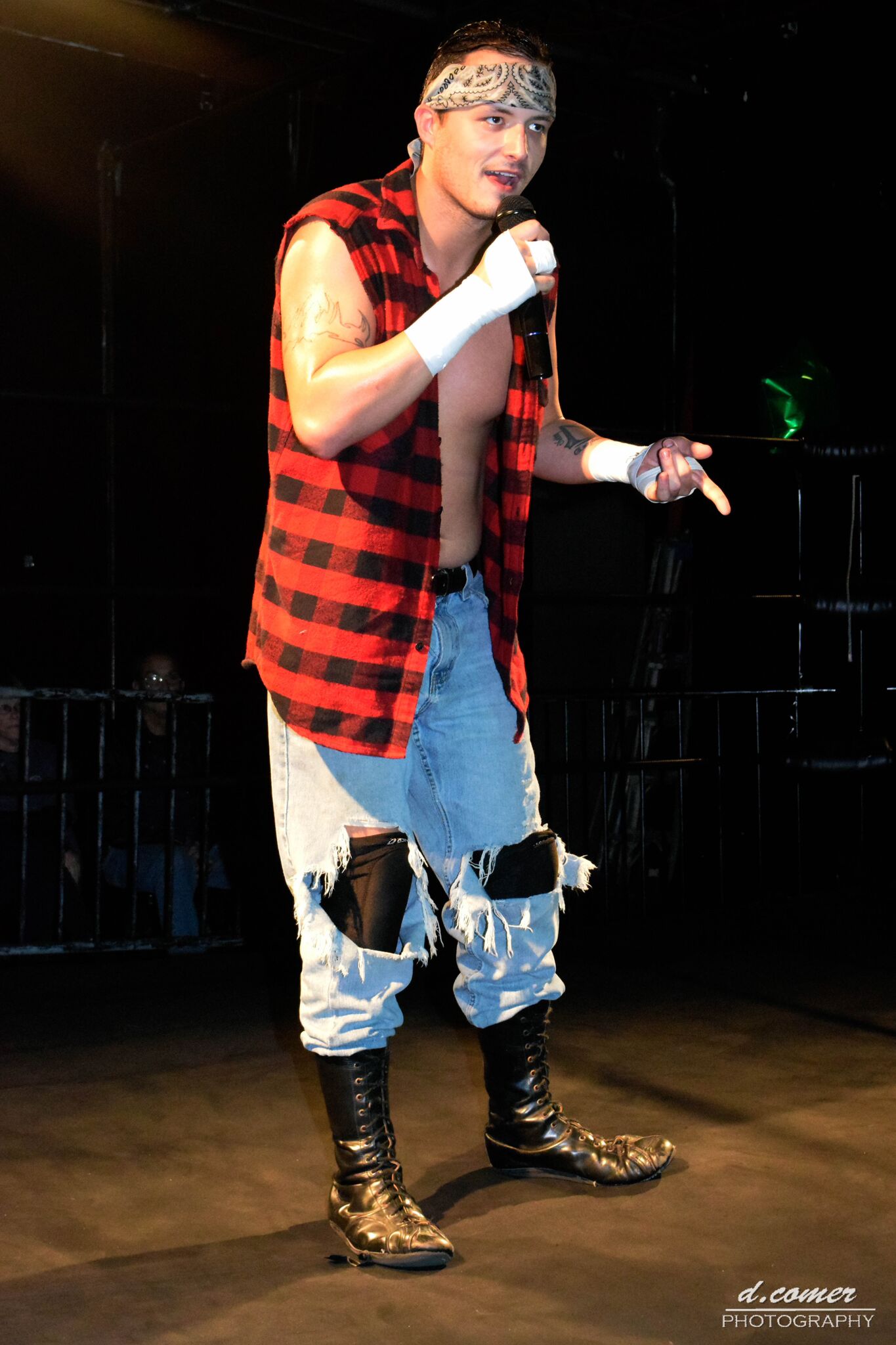 Allen Dalton was up next and Dalton had a few tricks up his sleeve for Terra Rae and Big Tiny. Dalton insisted that he had grown tired of Rae’s countless interference and was issuing a challenge of his own just as Malik had done earlier.

Dalton said to keep Terra Rae out of his championship match at Extravaganza with Tiny he was wanting to bring someone in for Rae to wrestle, but this didn’t sit to well with Rae who had been listening to Dalton in the back. 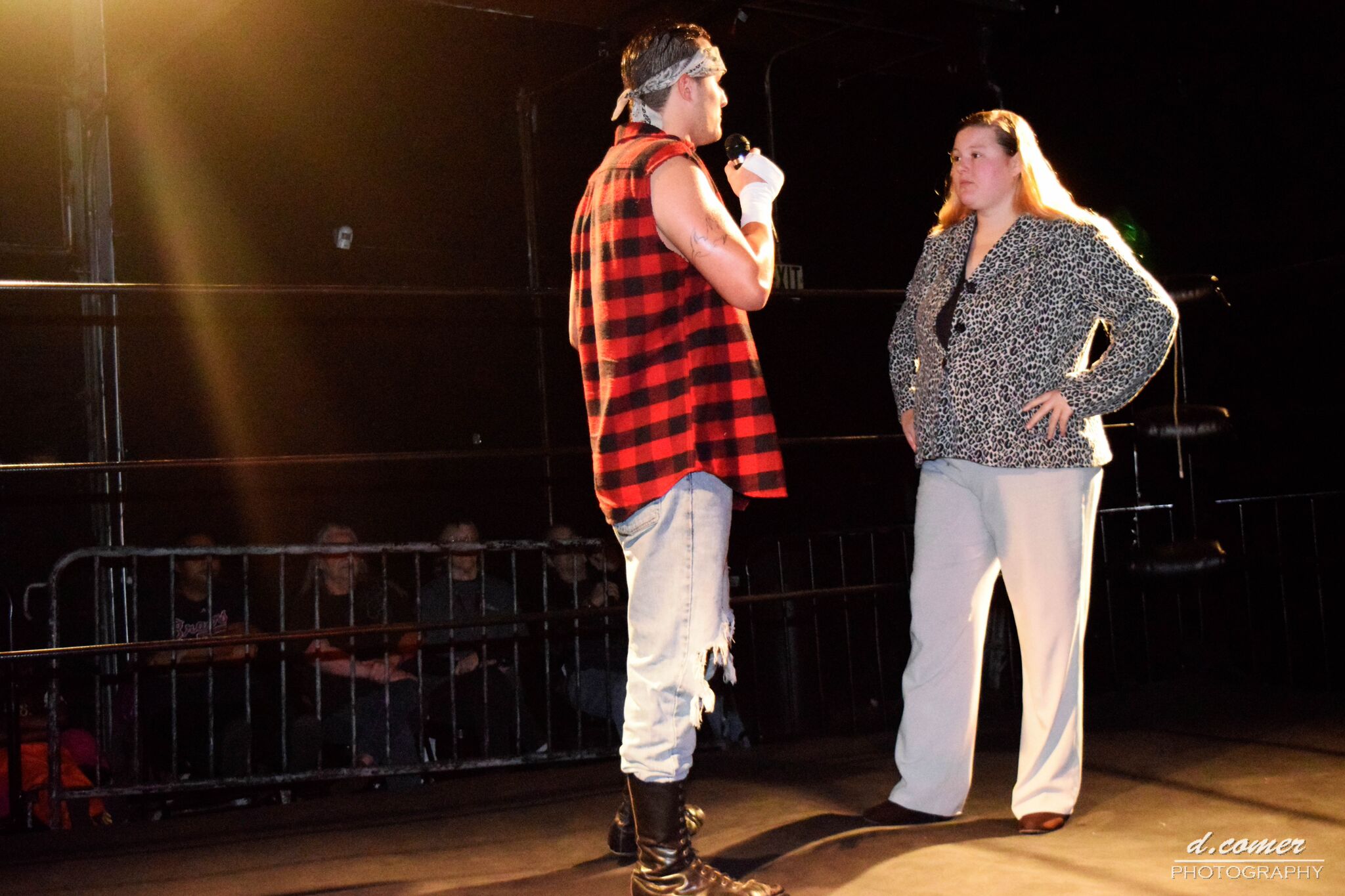 Rae entered the studio and informed Dalton that she was the boss and would be the only one making rules and matches around the company. Dalton insisted Rae was afraid of competing against another woman which caused Rae to become a little more upset. Rae shouted at Dalton and informed the number one contender that she’d accept his challenge but that’s only if Dalton could defeat Syn for the evening. 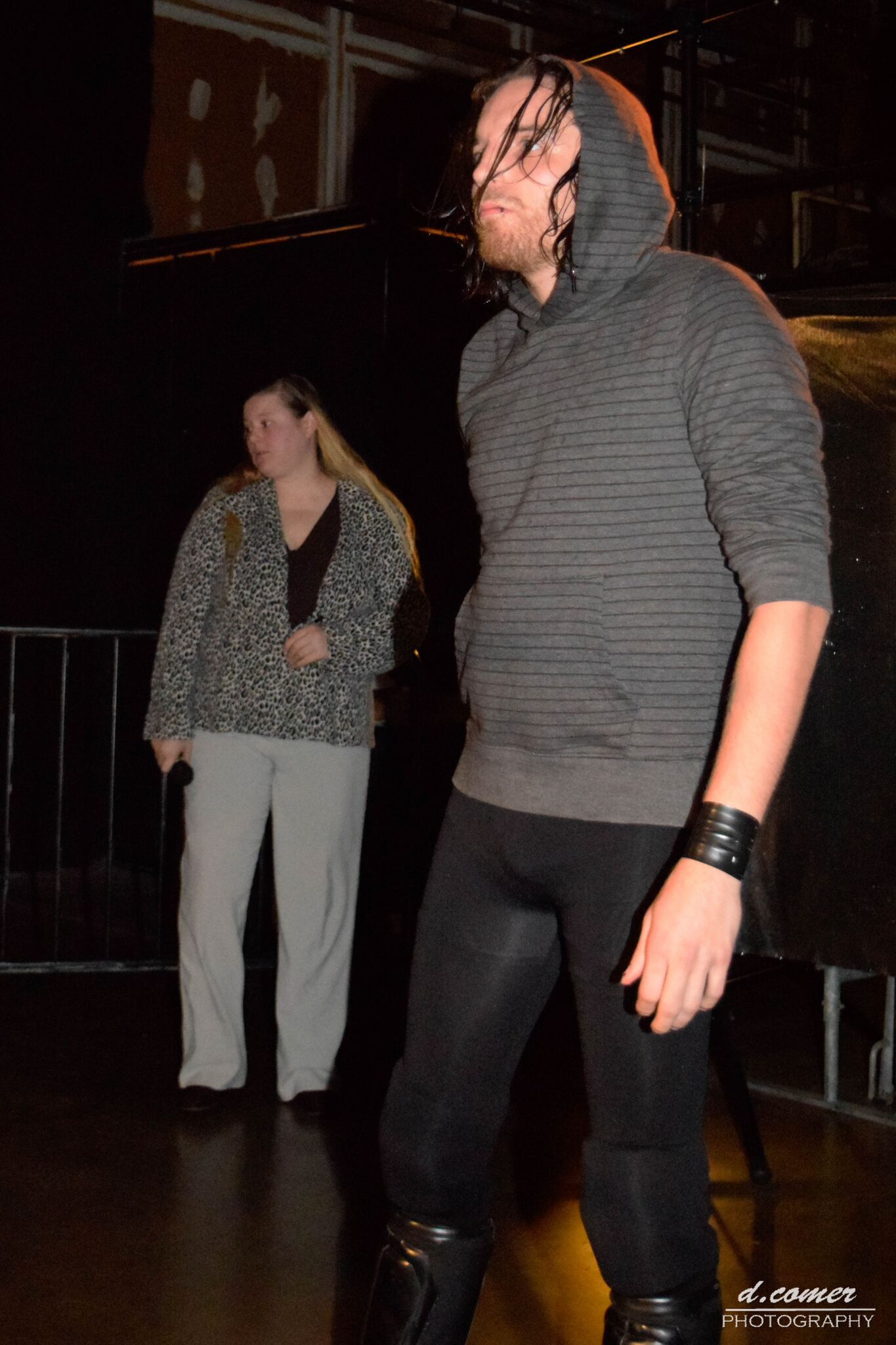 Syn entered the studio and it seemed that he had no problem doing the deed for Rae. After defeating Dalton weeks ago in a First Blood match Syn felt very confident going into the match. Prehaps Syn was a little too confident because towards the end of the match Dalton plowed Syn to the mat with the A.D. Dalton was destined to win, but Rae wouldn’t allow it to be that easy for Dalton. Rae caused a distraction which allowed Syn to steal the victory. 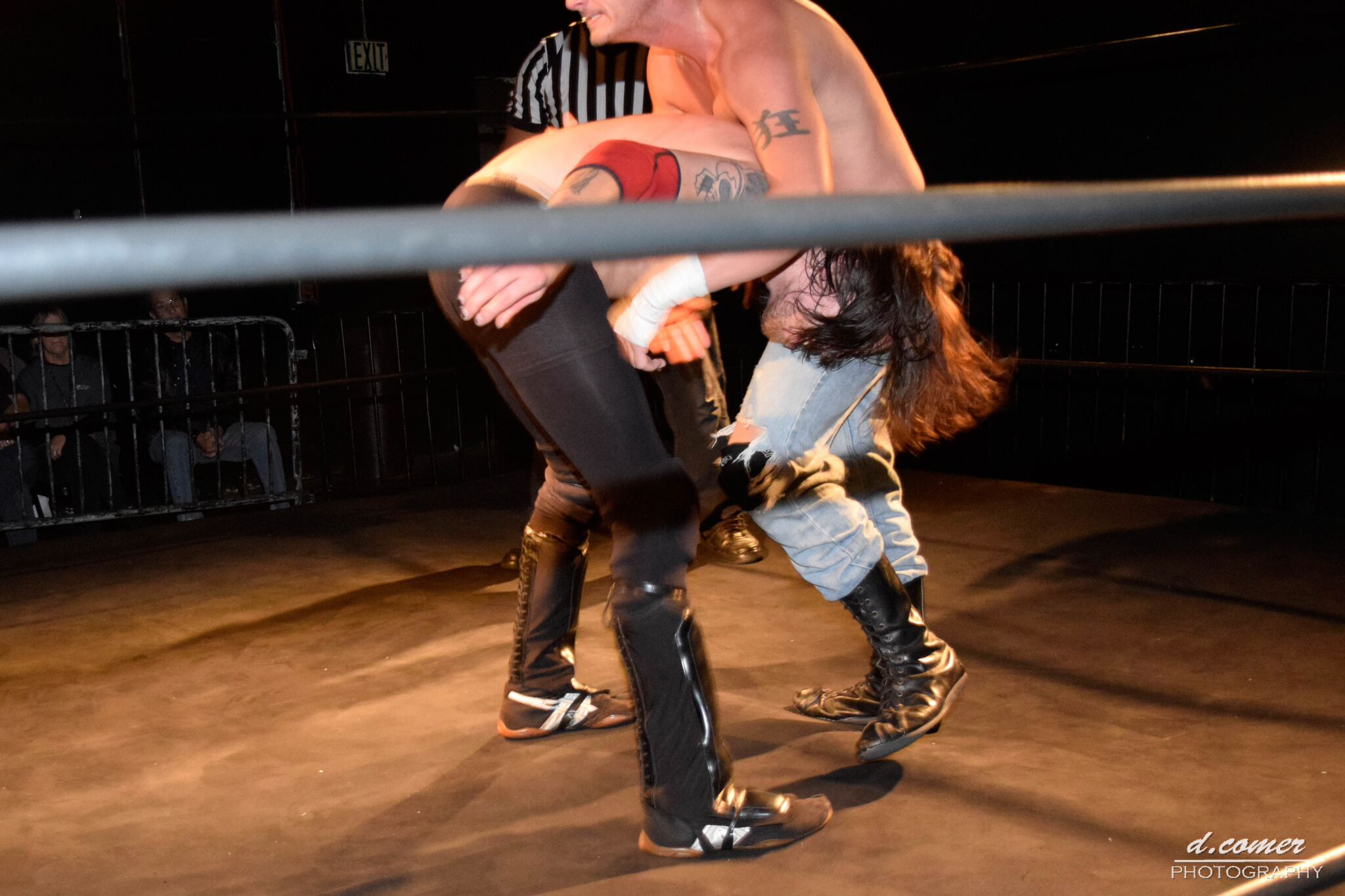 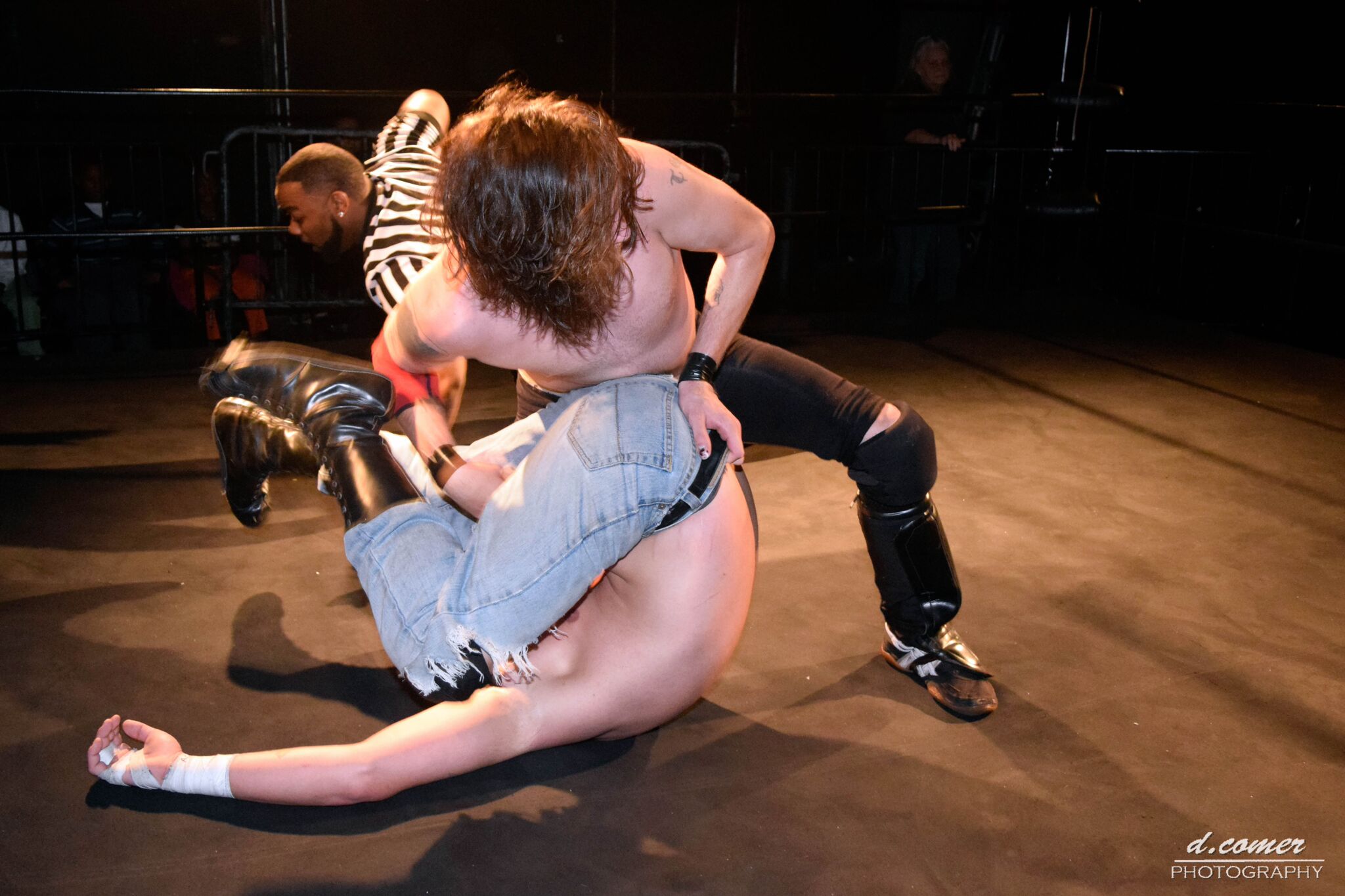 After the match Rae informed Dalton that being that he didn’t win the match there would be no match for her at Extravaganza. 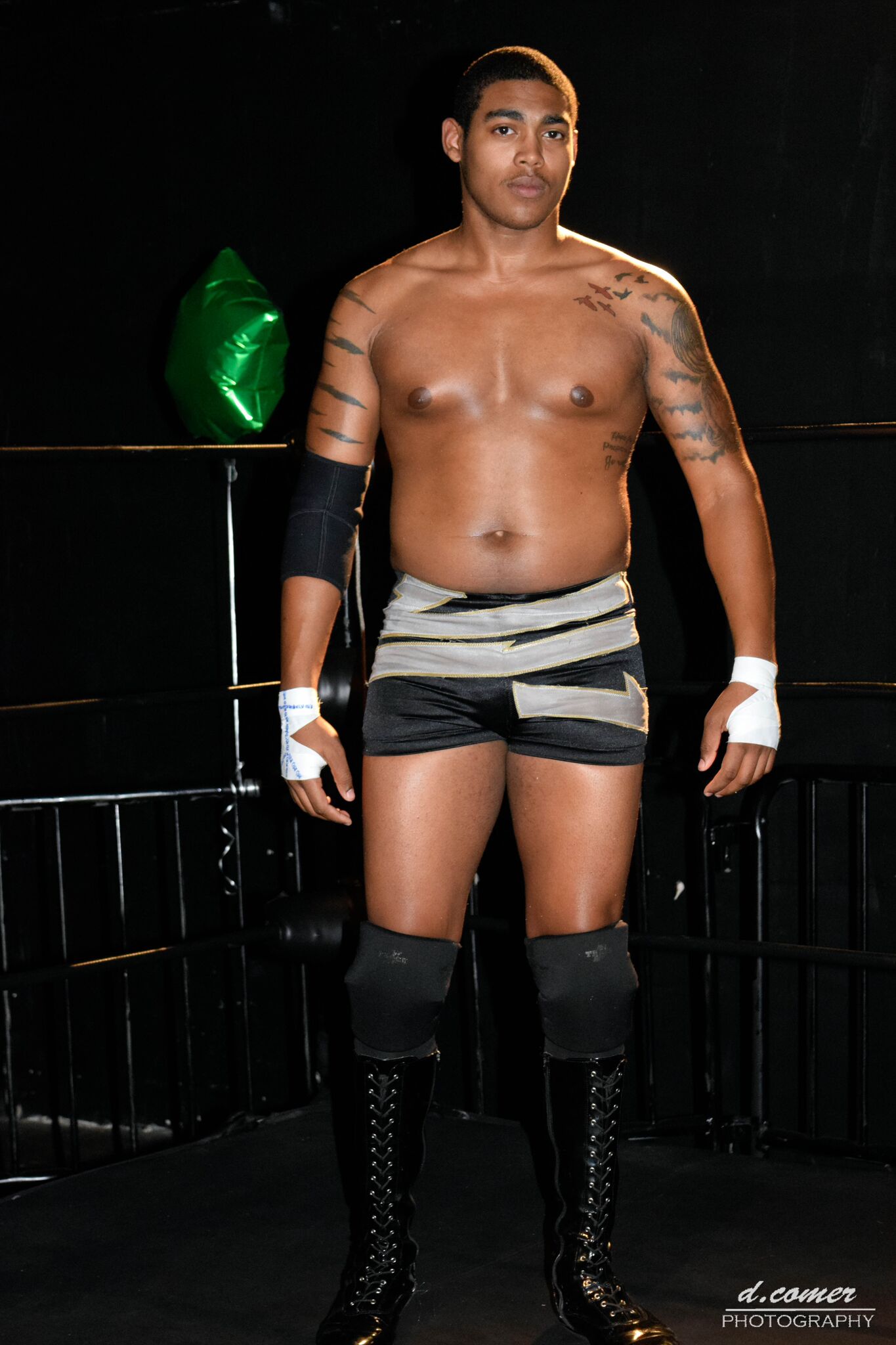 Evans made an energetic entry into the studio and was thrilled about competing for the Juniorvative championship. Evans’ opponent thought otherwise. 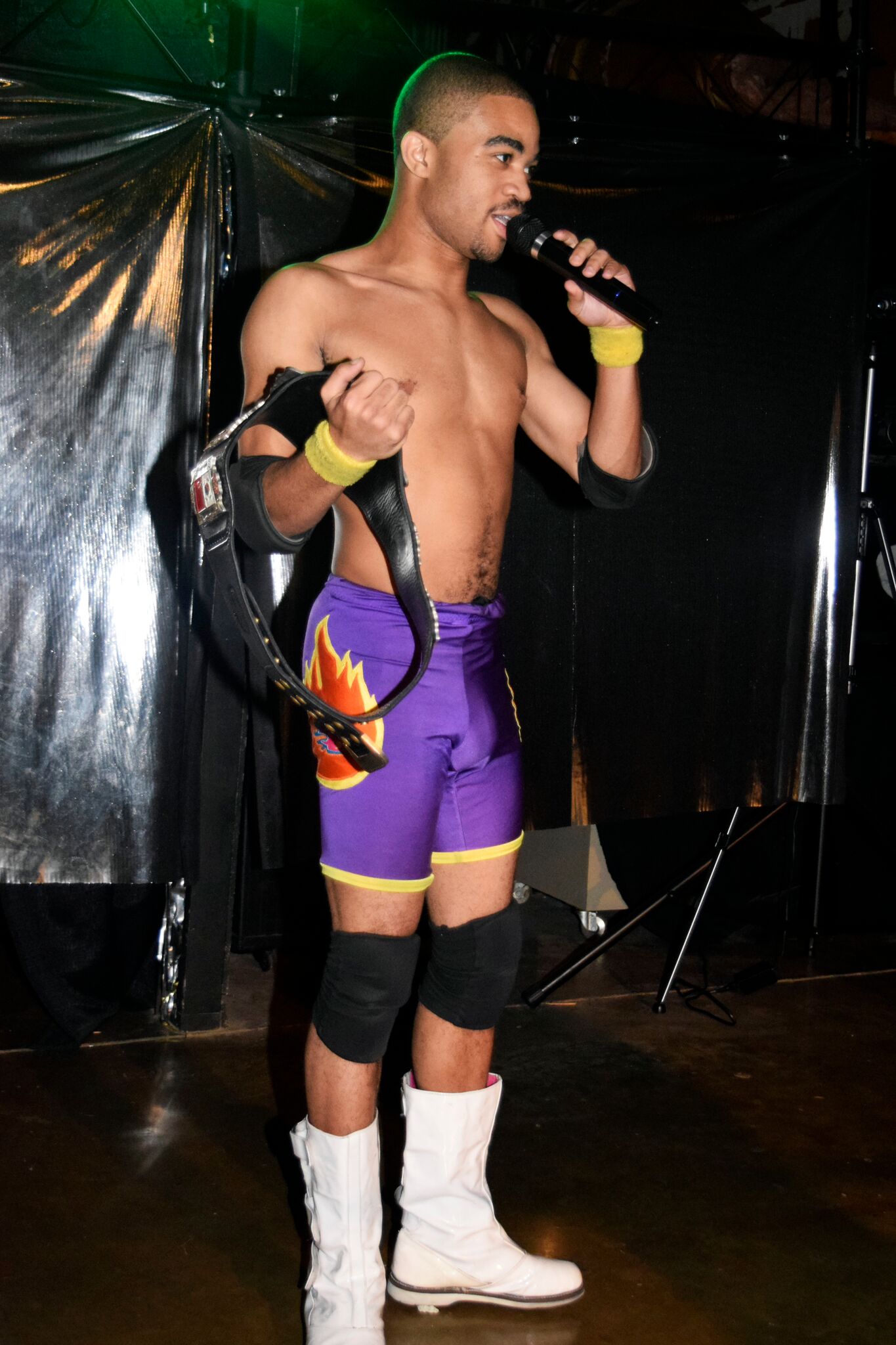 Brooks entered the studio next and couldn’t wait to respond to Malik’s challenge. Brooks, being the egotistical person he is accepted Malik’s challenge and informed Malik not only would he beat Malik’s team next week but he’d also defeat Malik and his partner at Extravaganza.

The two battled back and forwards, but in the end it was all Evans as he applied the Chris Cross on Brooks. Just as Evans locked the submission finisher, the Miraculous King entered the studio and  jumped in the ring attacking Evans. 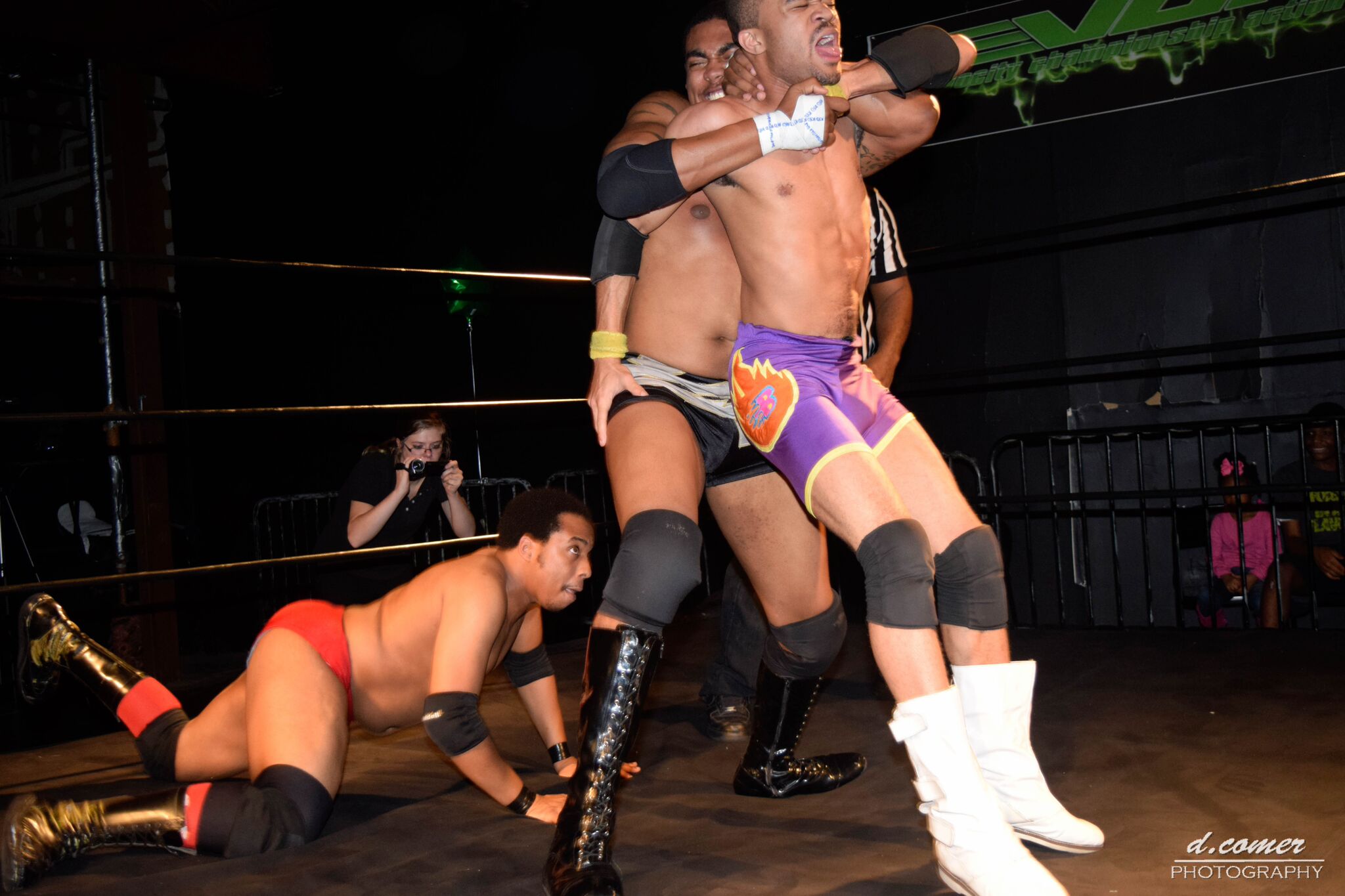 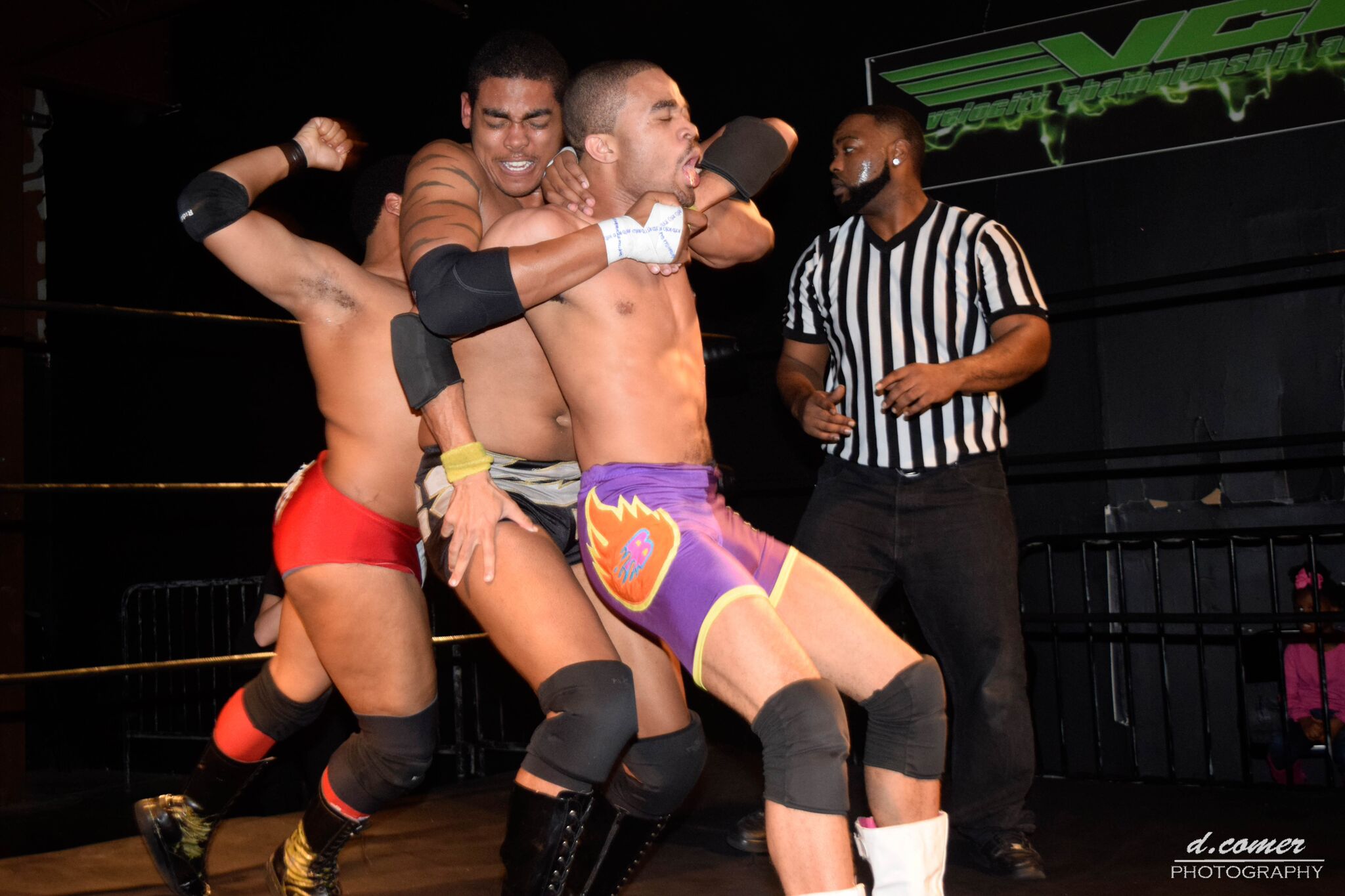 The fans were stunned and shocked to learn that Miraculous was back. Miraculous not only assaulted Evans, but he used weapons from underneath the ring to keep Evans down. Luckily for Evans, Evans only sustained minor injuries. 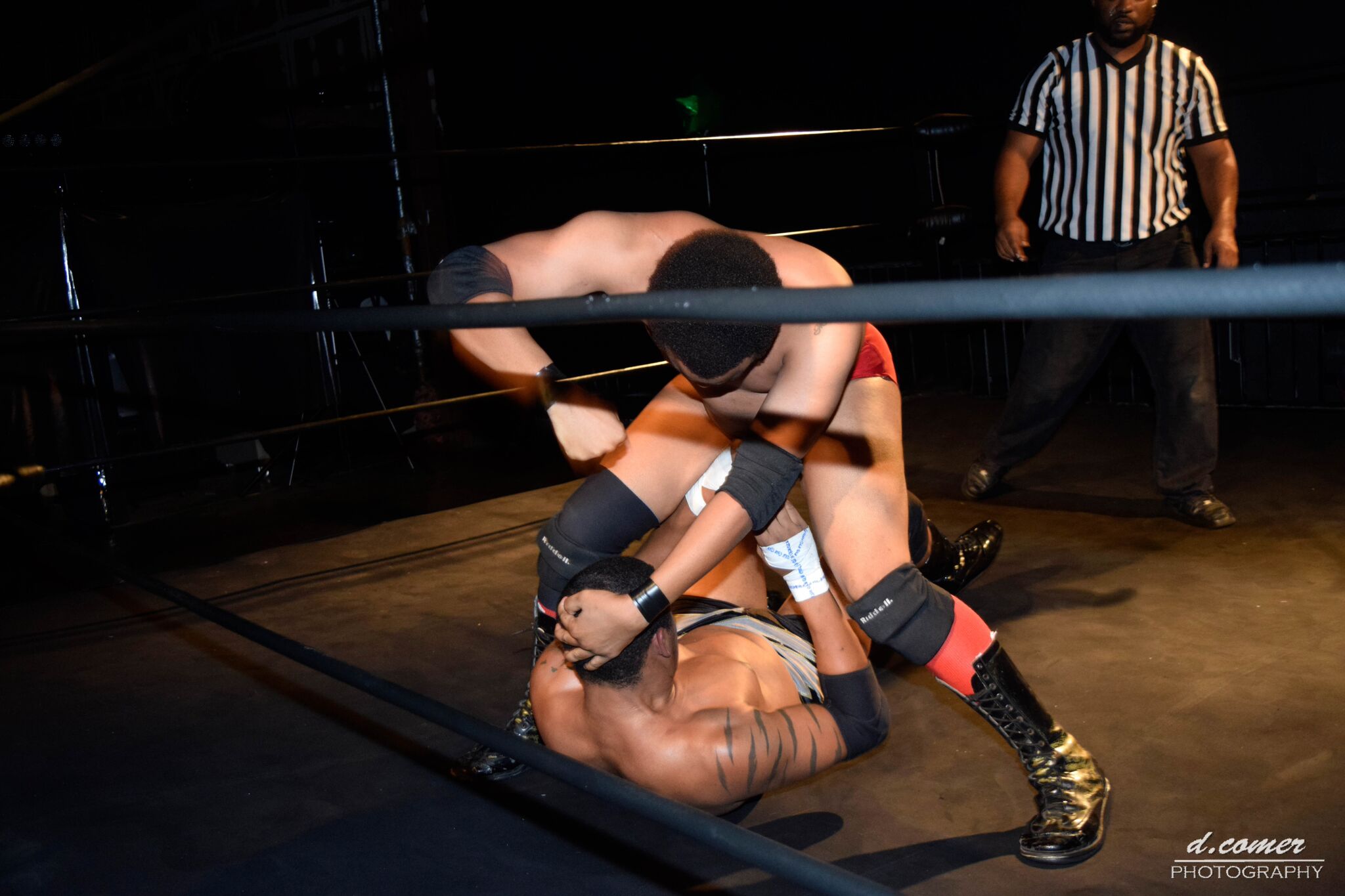 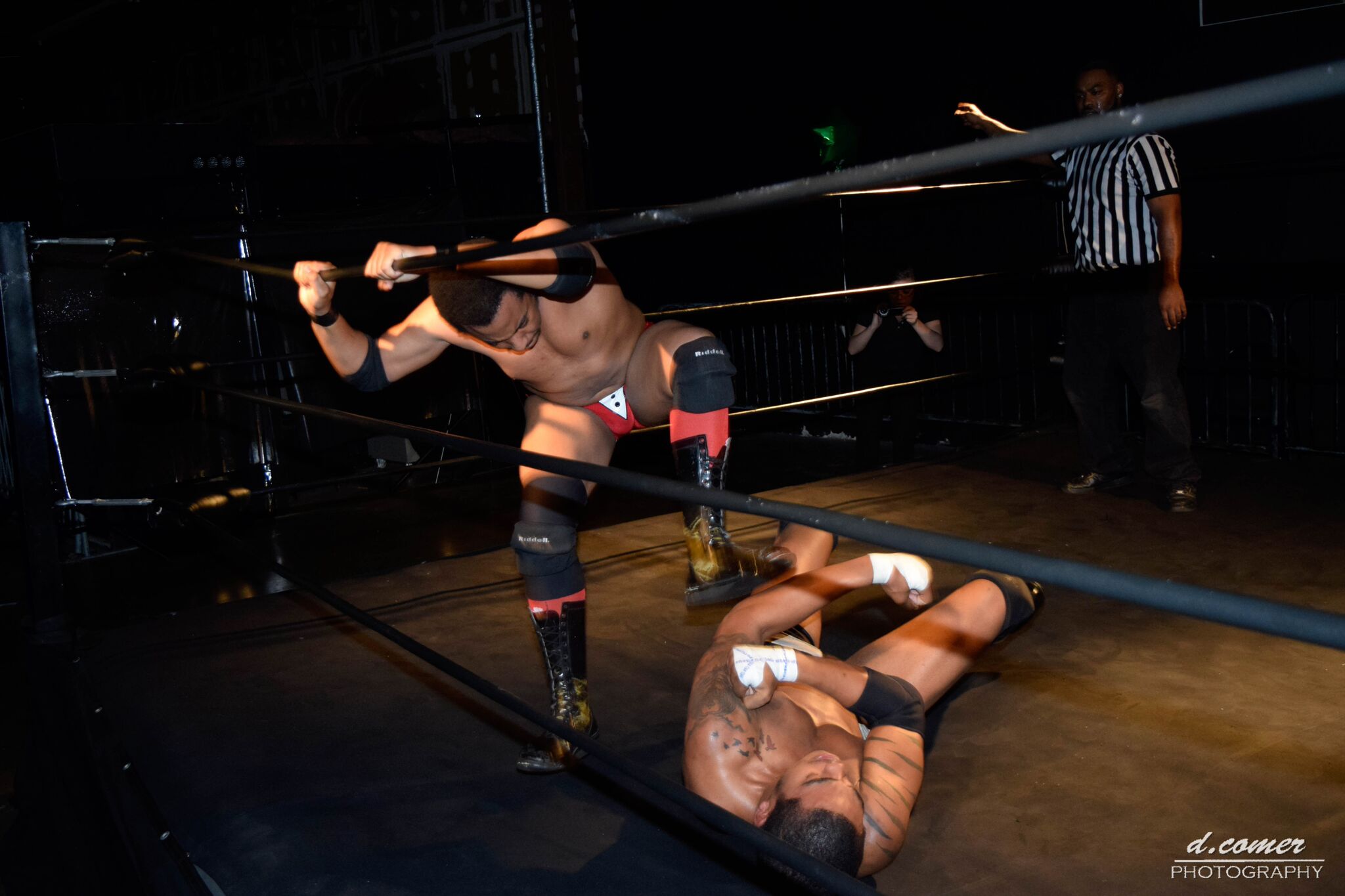 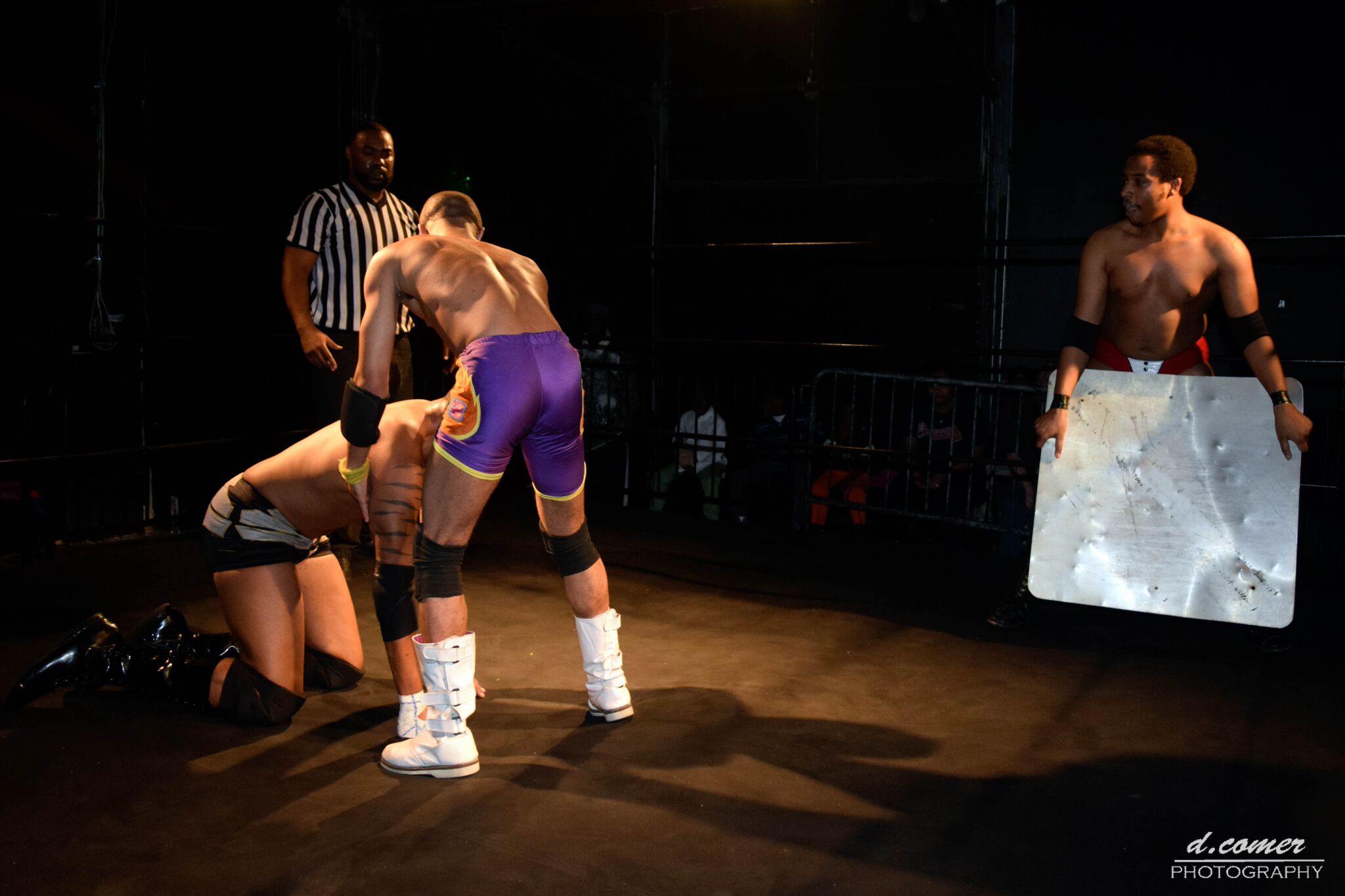 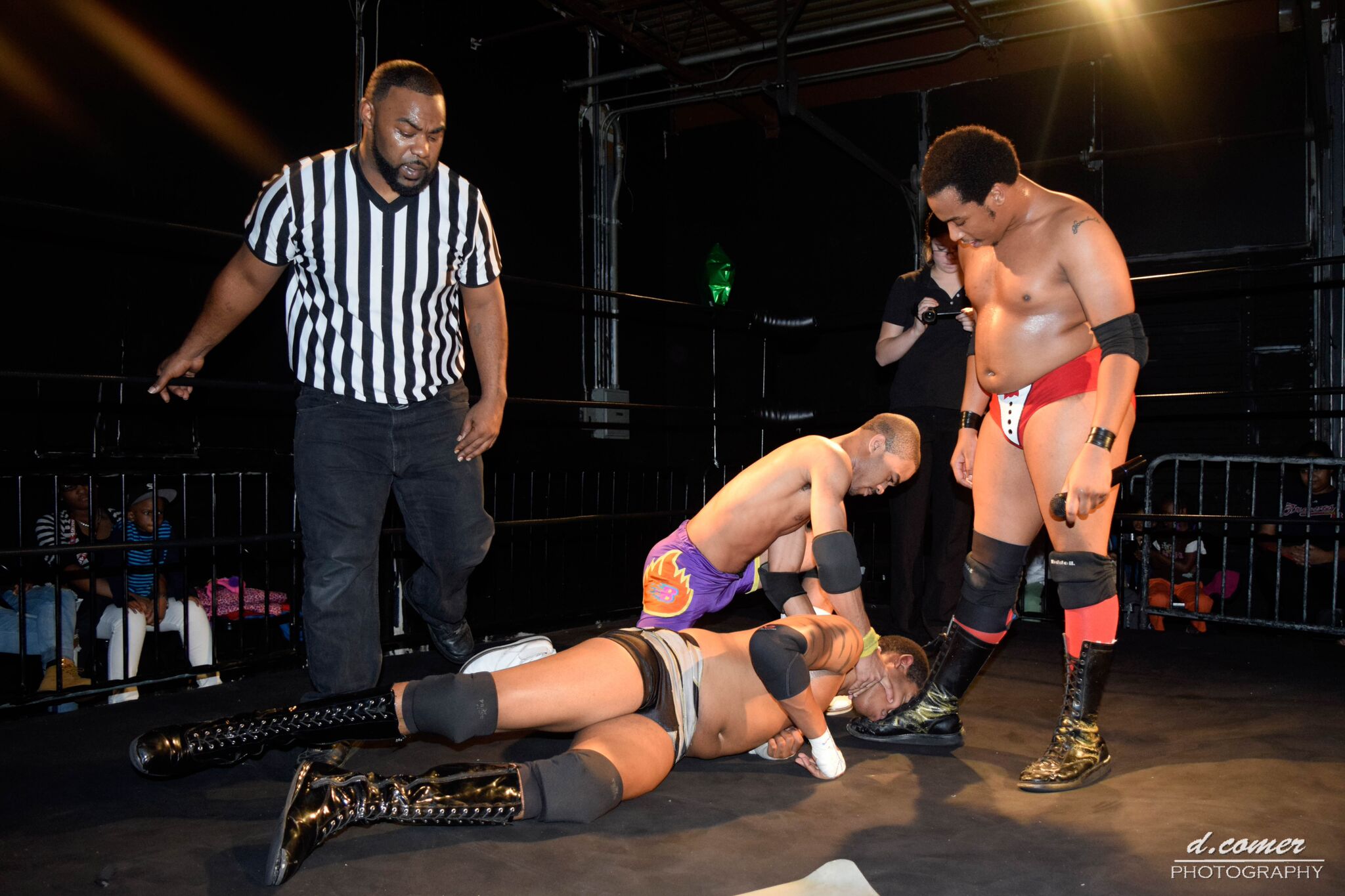 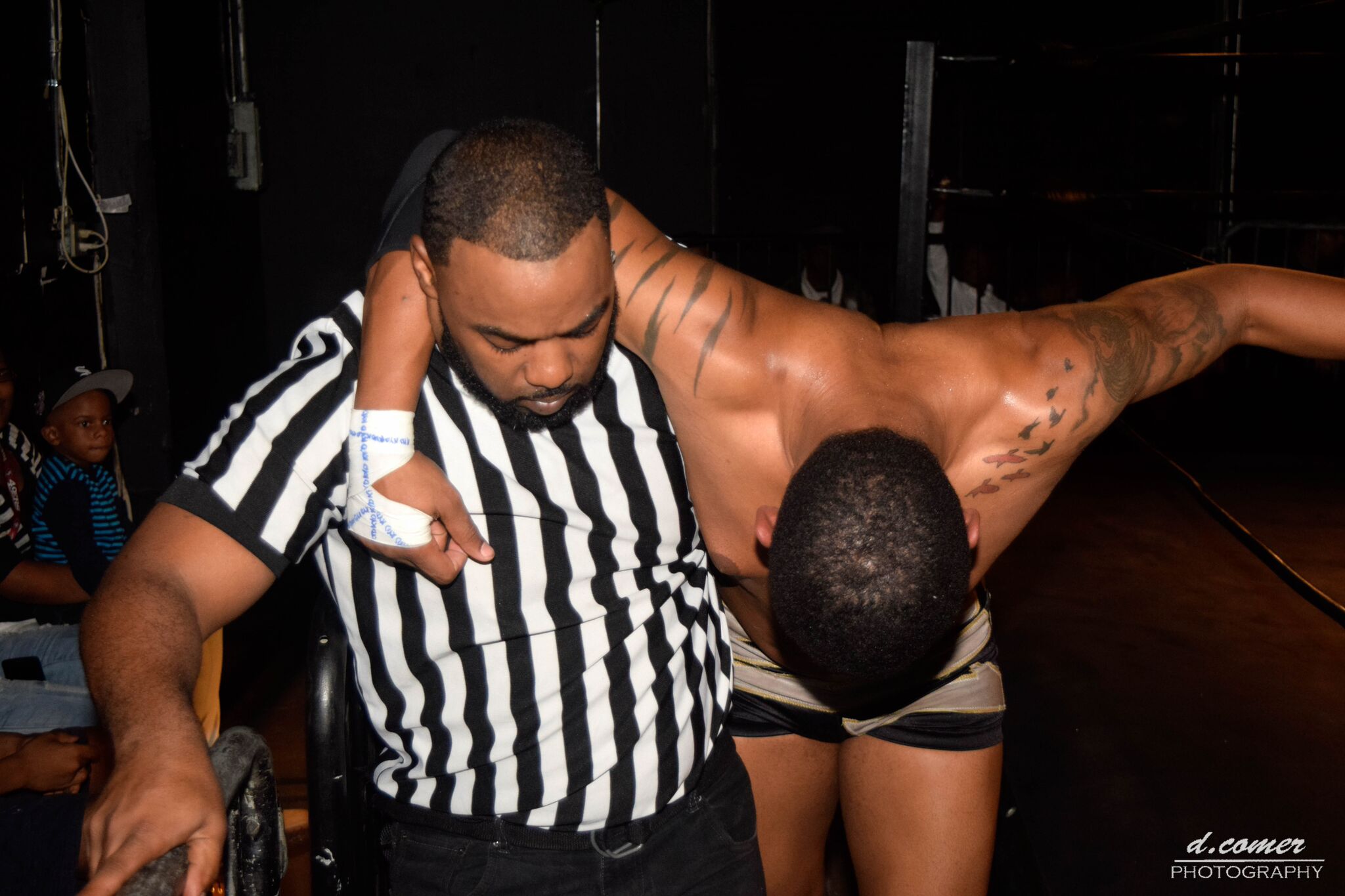 Before exiting the studio Miraculous challenged Evans to a match at Extravaganza Sunday, December 27th. It’s unknown if Evans have accepted the challenge. 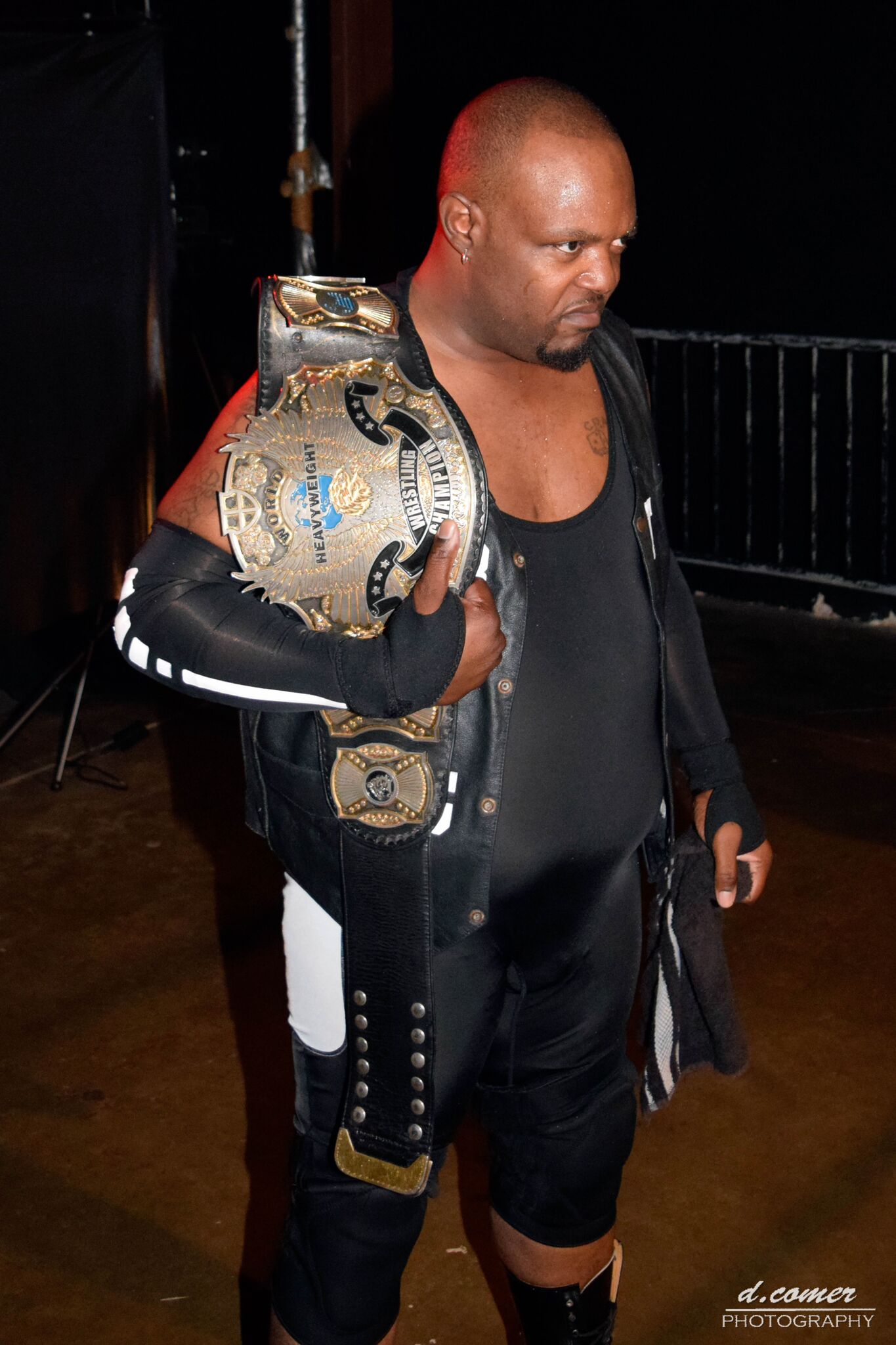 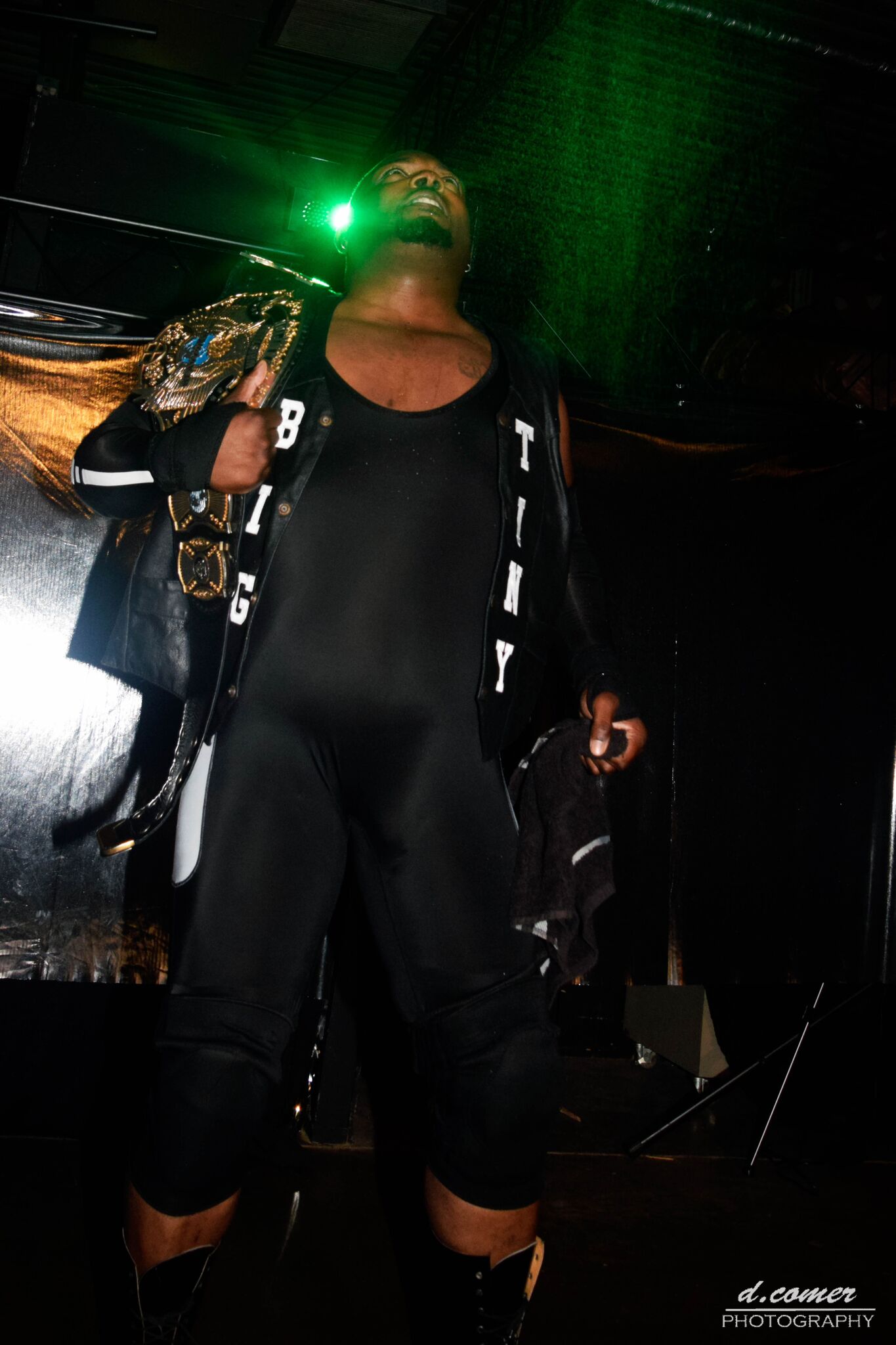 The main event featured Big Tiny versus Jake in a non-title single fall match with Rae accompanying Tiny to the ring. 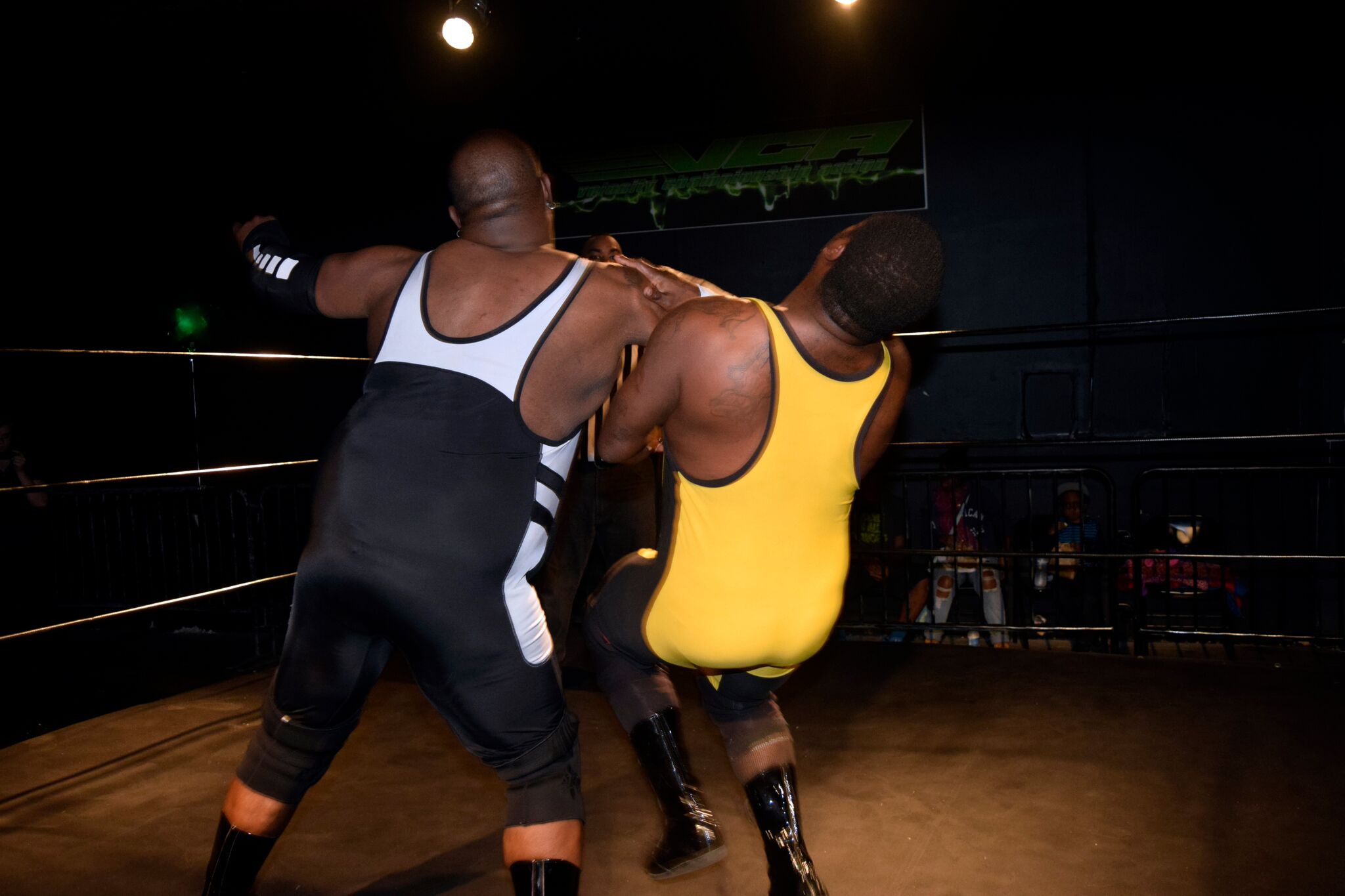 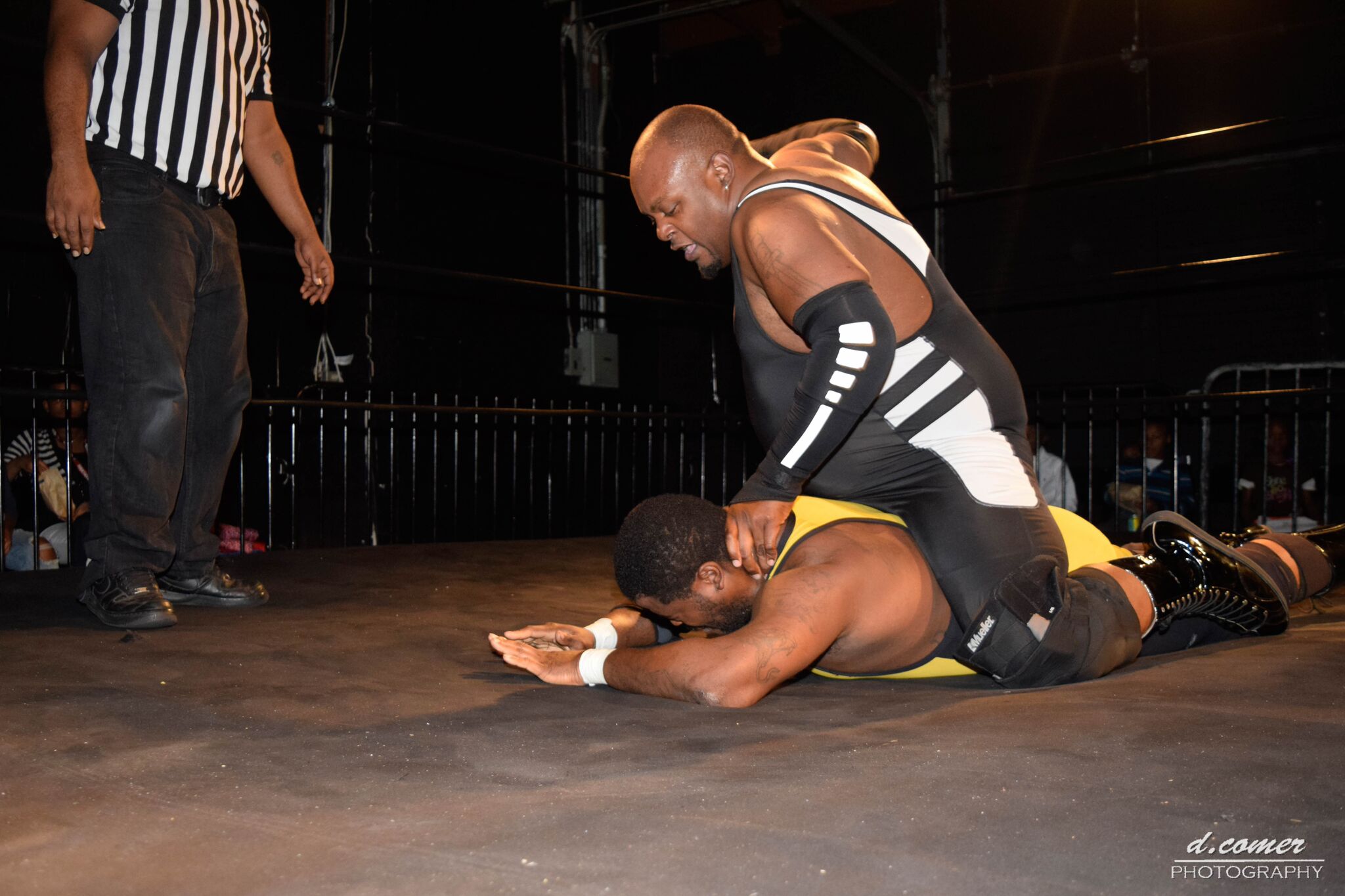 The match didn’t last long as it was nothing but a planned match to set Allen Dalton up. Just as Tiny prepared to nail Jake with a Clothesline from hell, Dalton ran out and began going to work on Tiny sending the match into a disqualification. 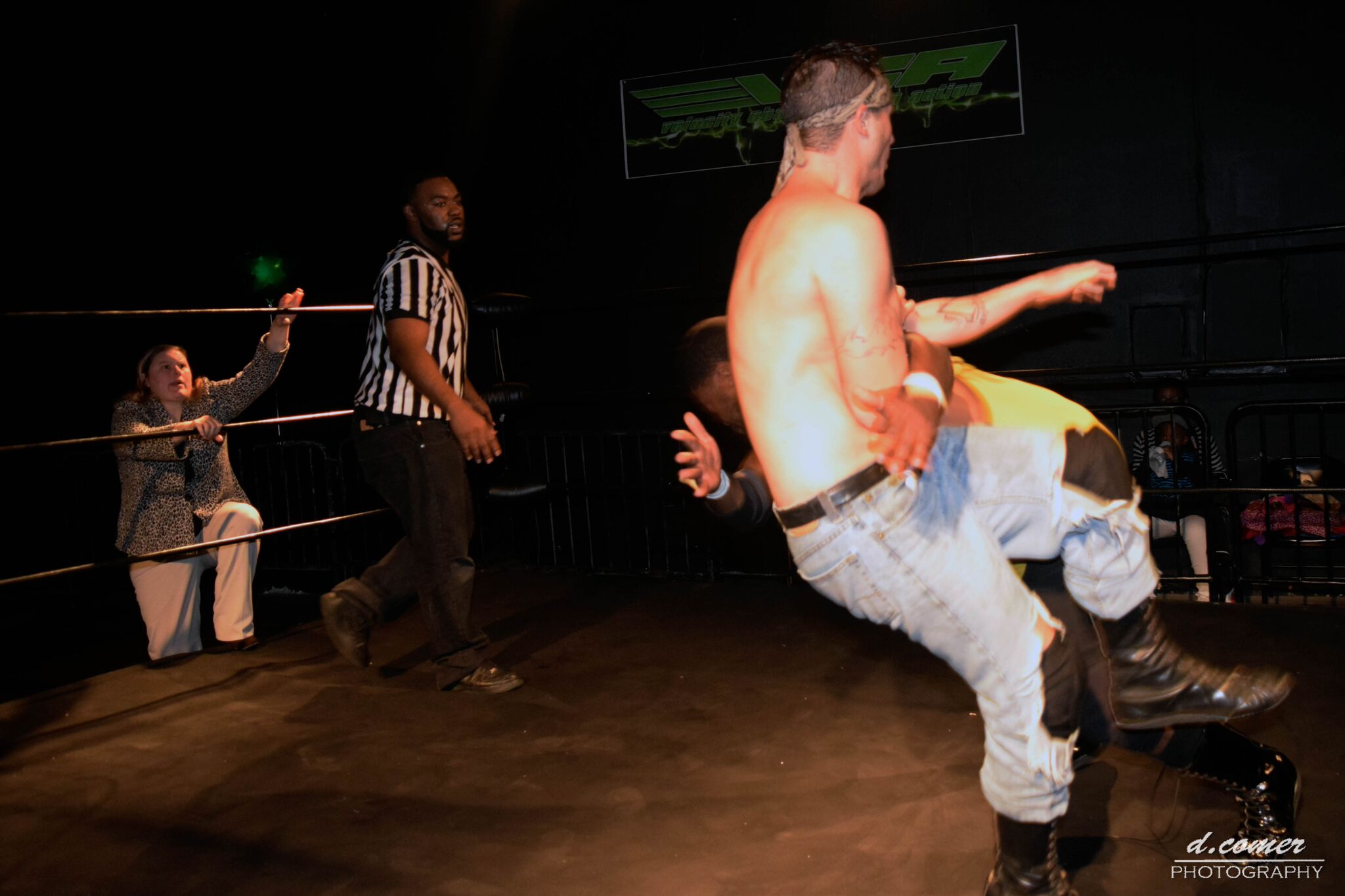 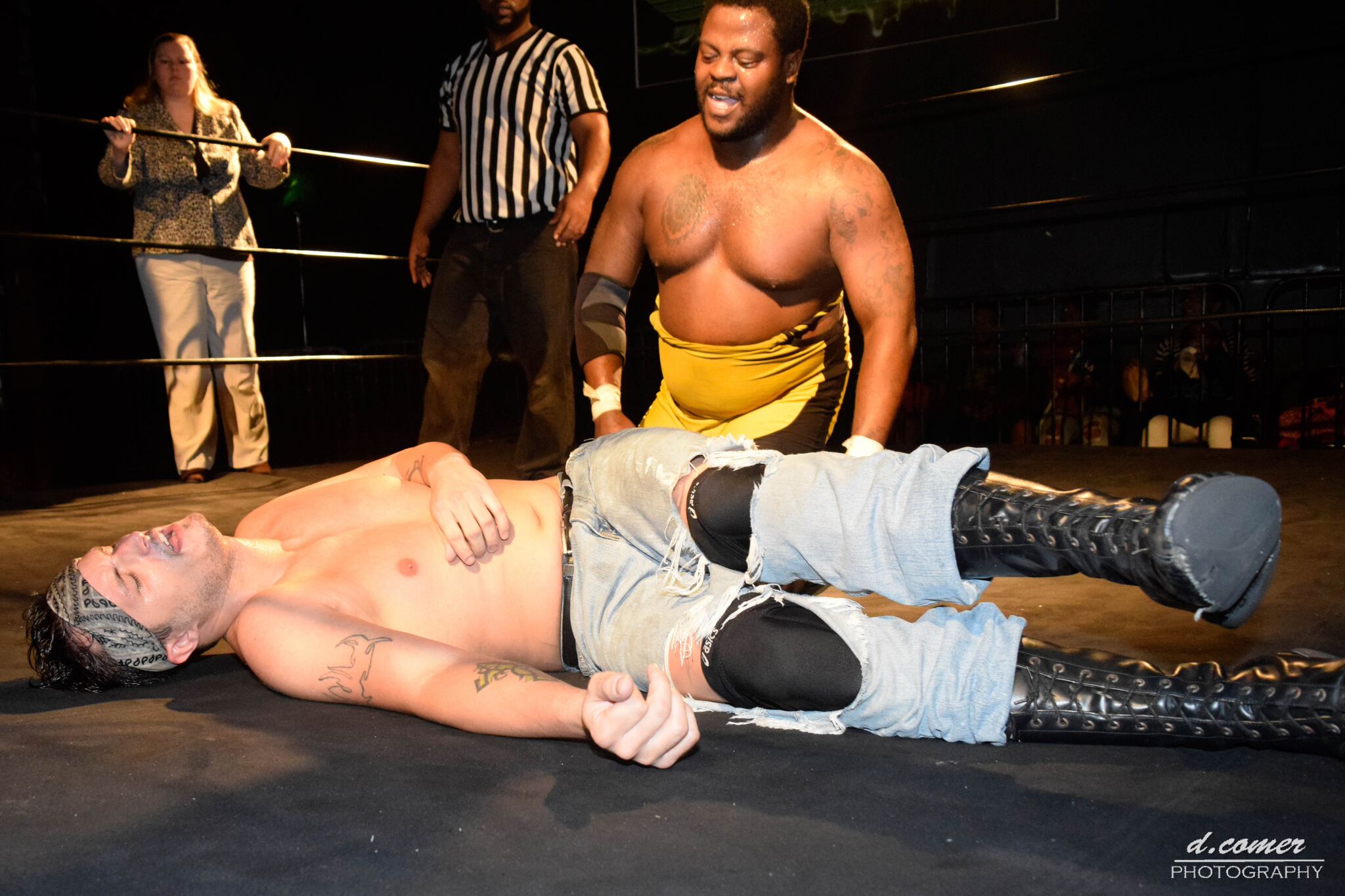 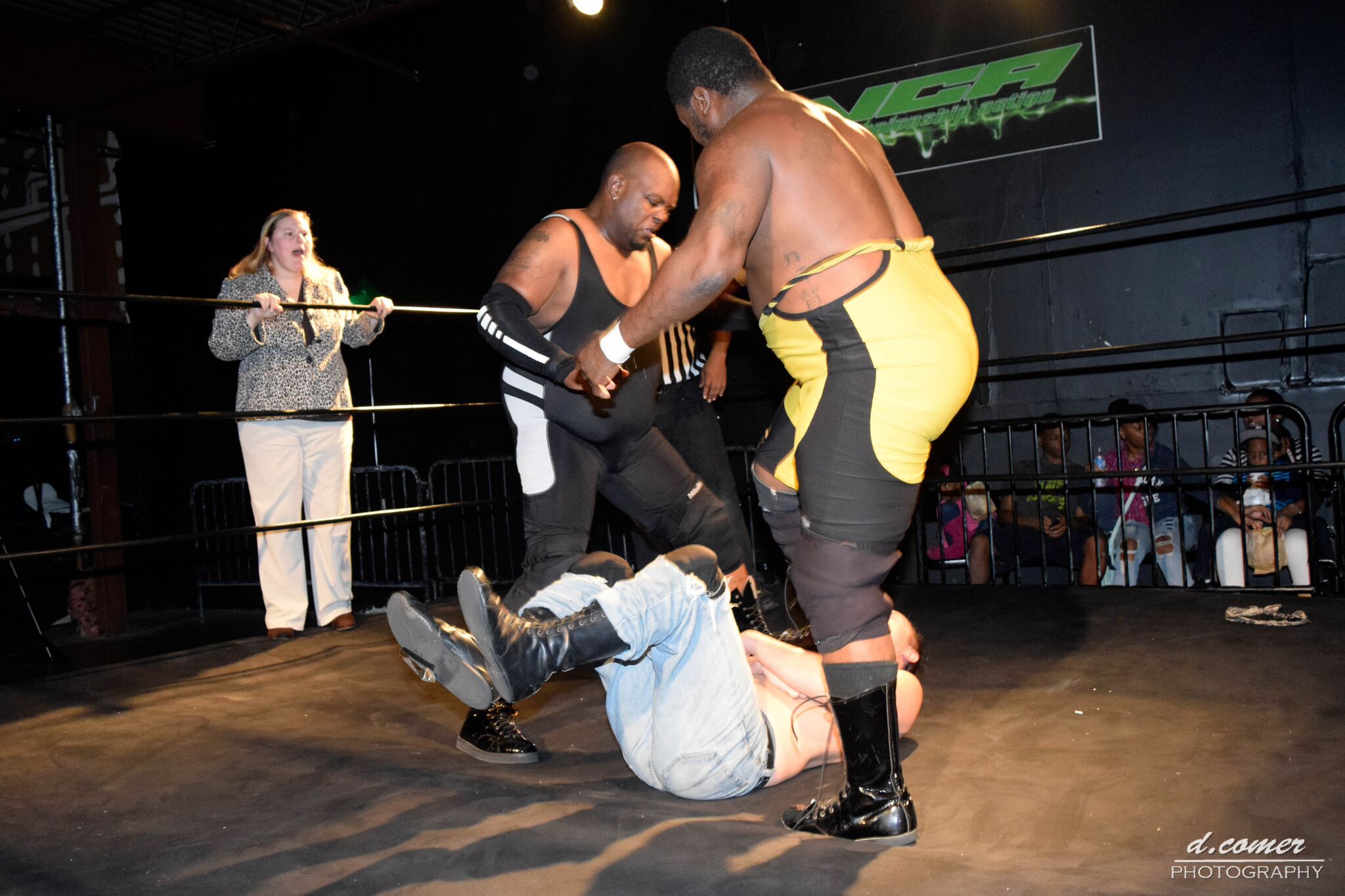 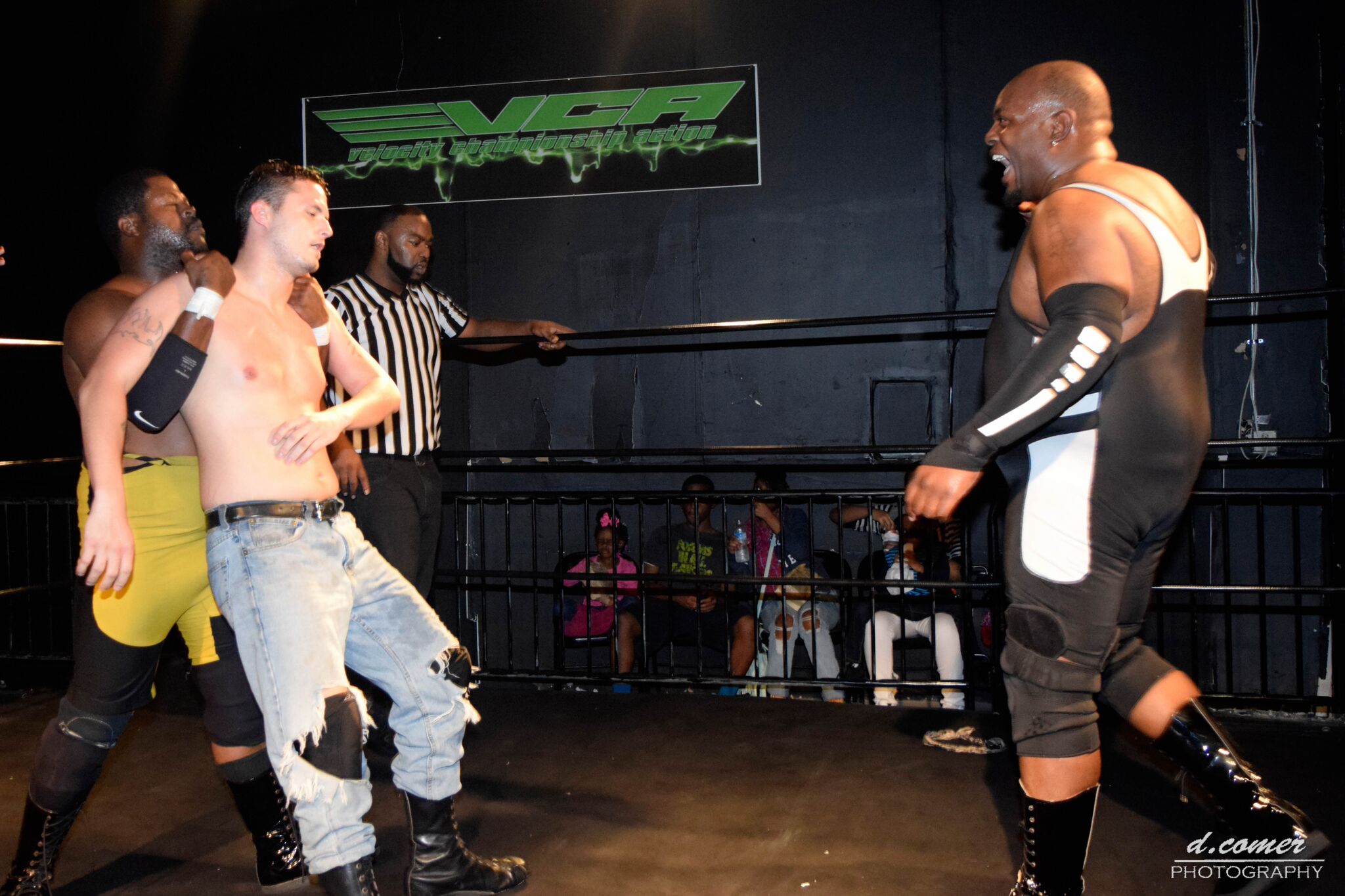 As Dalton turned around from handling Tiny, Jake delivered a huge spear to Dalton. Shortly after Tiny joined in and the two began assaulting Dalton with Rae standing on the ring apron cheering the two on. The assault came to an end when Tiny mistakenly connected with a Clothesline from hell on Jake due to Dalton avoiding the move. Dalton took advantage of the mishap by delivering a dropkick to Tiny which forced Tiny into Rae who was still standing on the apron. 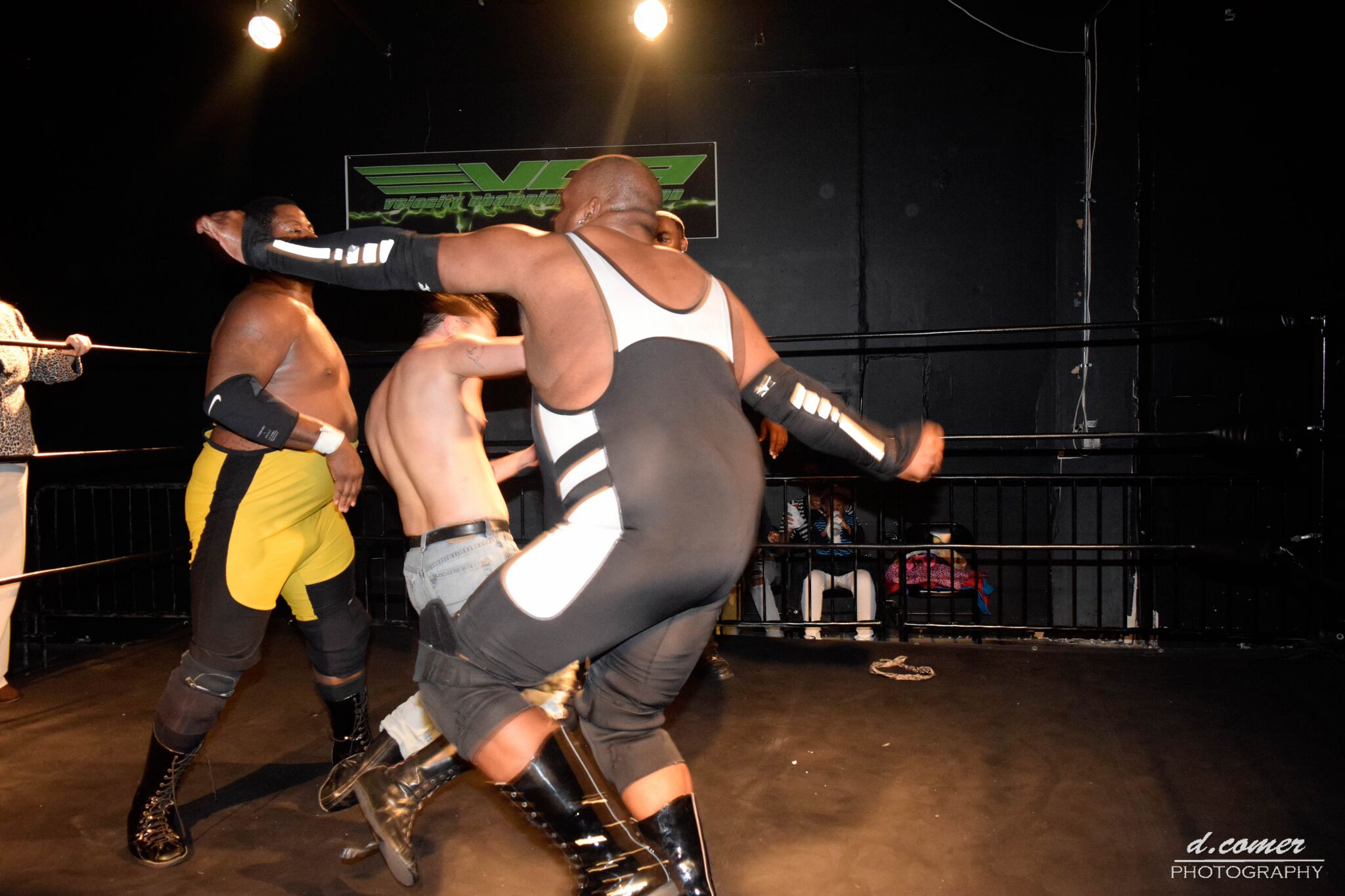 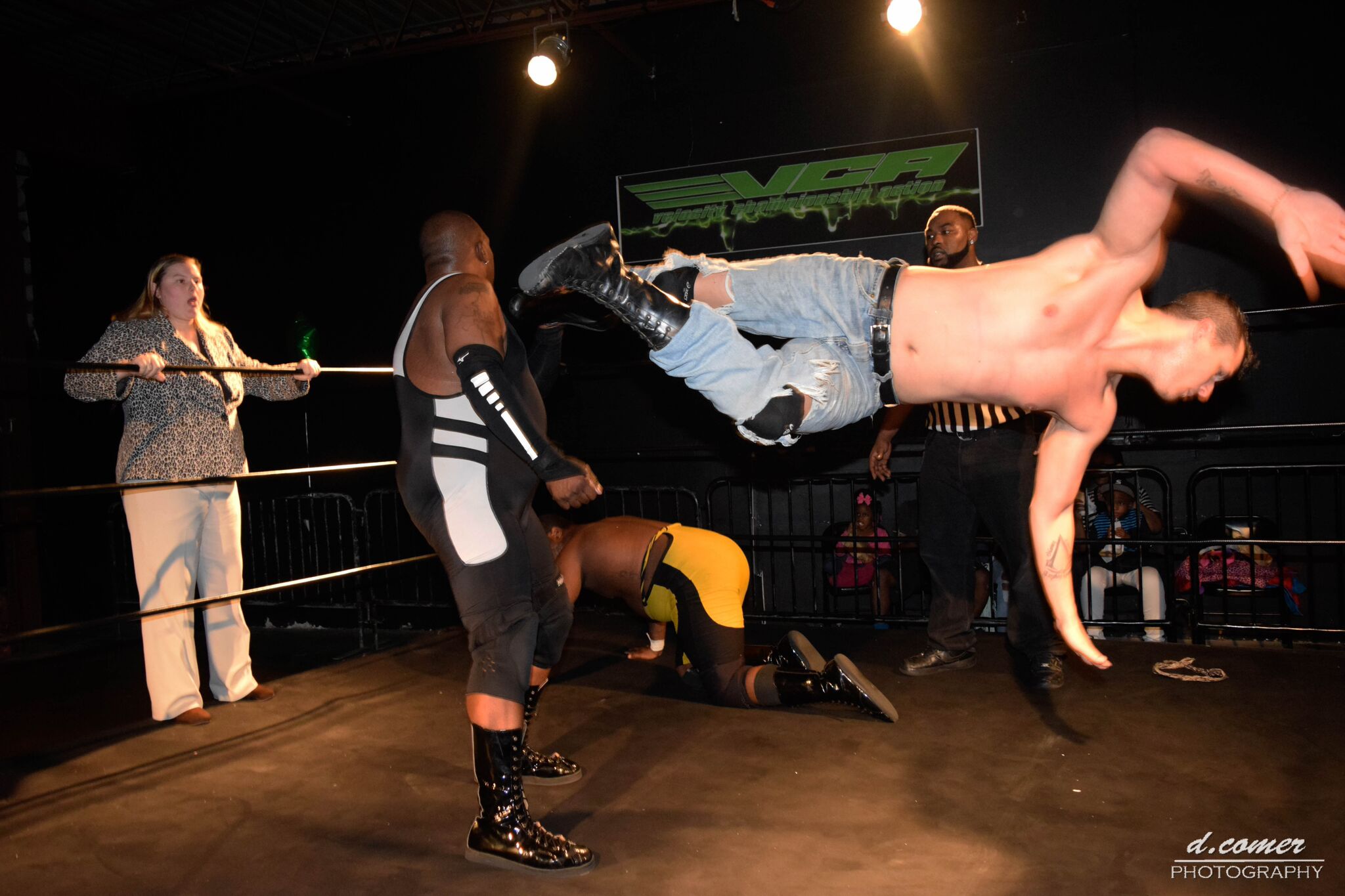 The trio of Jake, Rae, and Tiny had no choice but to flee the scene to recuperate. Tiny made it loud and clear that Dalton did nothing and wouldn’t be walking out of Extravaganza the heavyweight champion.

This Friday is VCA’s 2015 Charlie Awards. The event takes place at 8pm. Adult prices are $10 & kids prices are $7. Witness your favorite superstar not only compete in the ring but compete for a Charlie award.