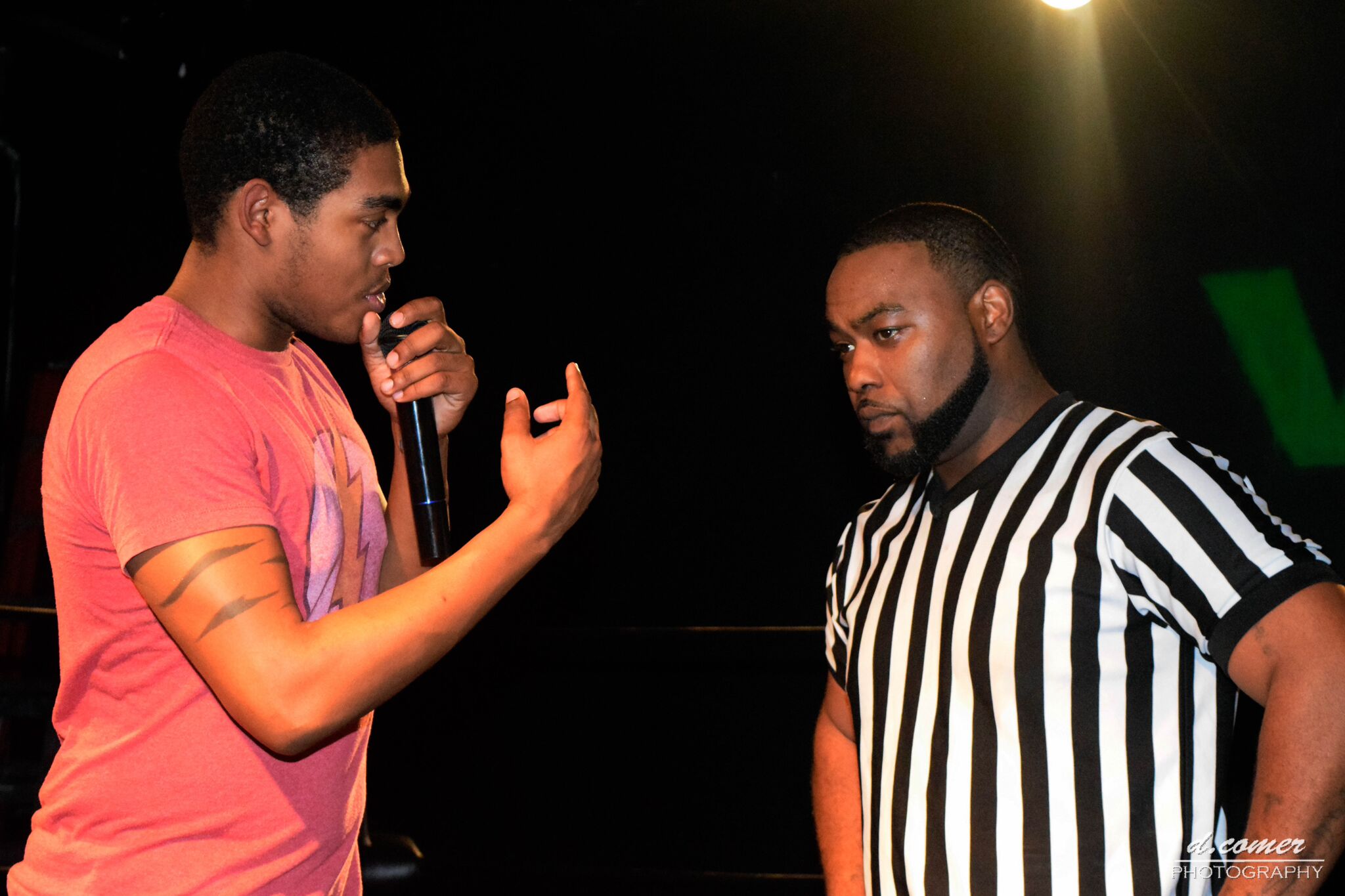 The night kicked off with Chris Evans reminding everyone of what took place the previous week. As if Evans didn’t have enough to worry about while having to deal with the Miraculous King at Extravaganza, Evans felt it was his duty to find out if referee John had doubled crossed himself, Malik, and Allen Dalton. 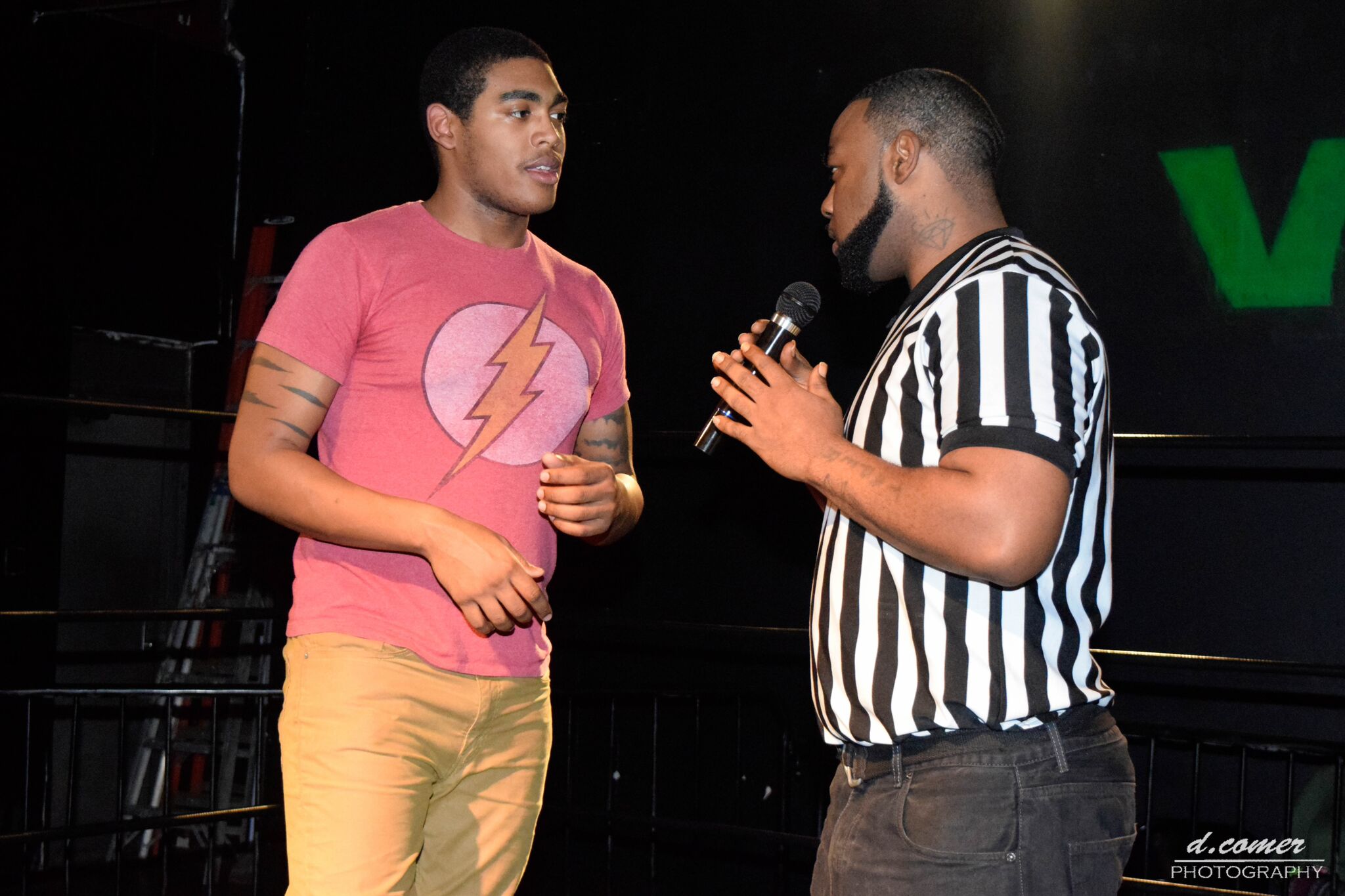 Evans called referee John to the ring in an effort to get some clarification. Evans informed John that it seemed as if he stalled the count last week when it pertained to his team, but John denied the rumors. John implied that he’d never put his 2015 Referee of the Year title at stake due to foolishness. John said he wasn’t being paid off by Terra Rae to screw their team and that it was a honest mistake. 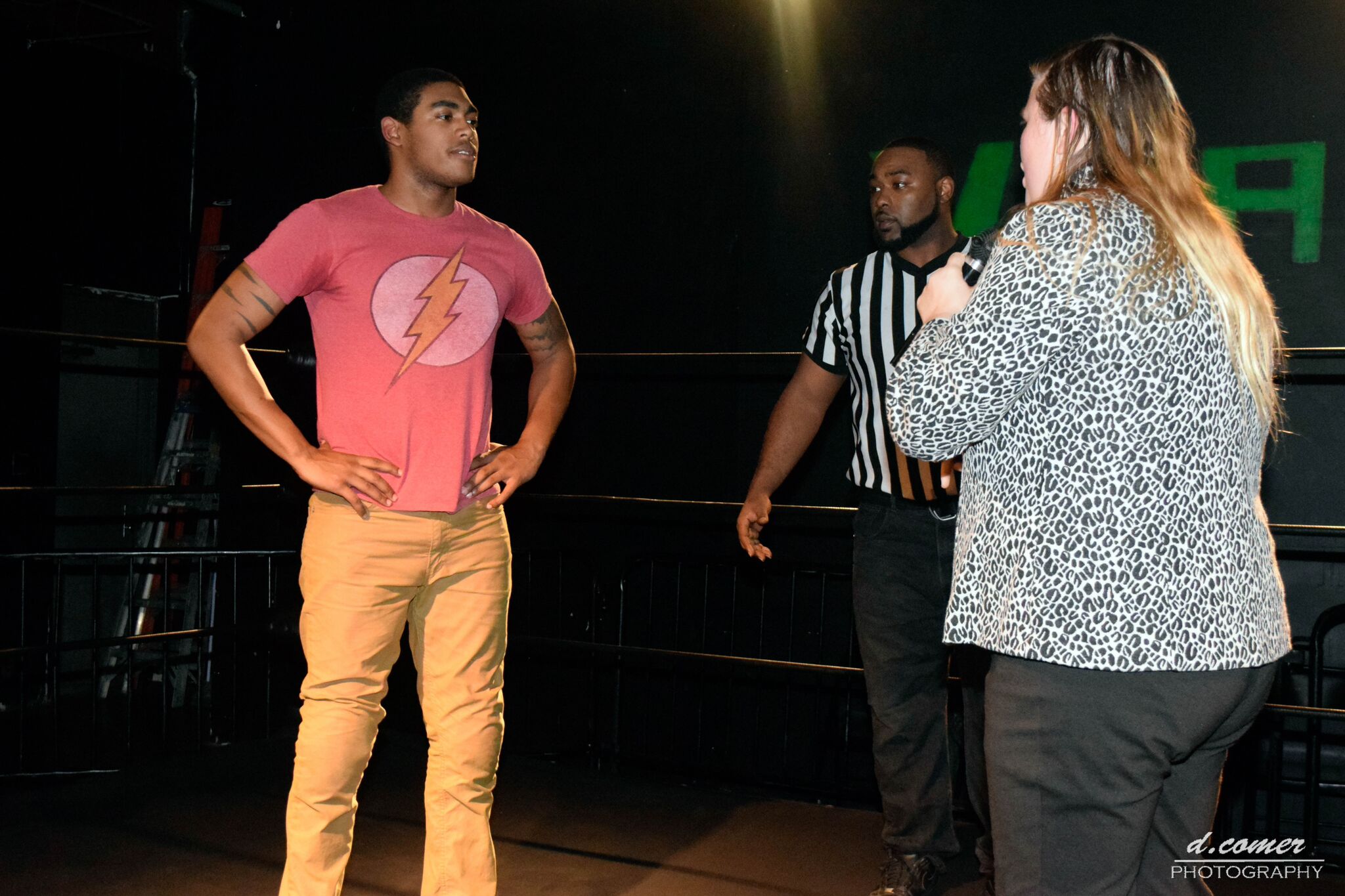 Rae soon made her way into the studio telling Evans to get the hell out of her ring because later in the evening he would be facing Tiny for the VCA heavyweight championship. 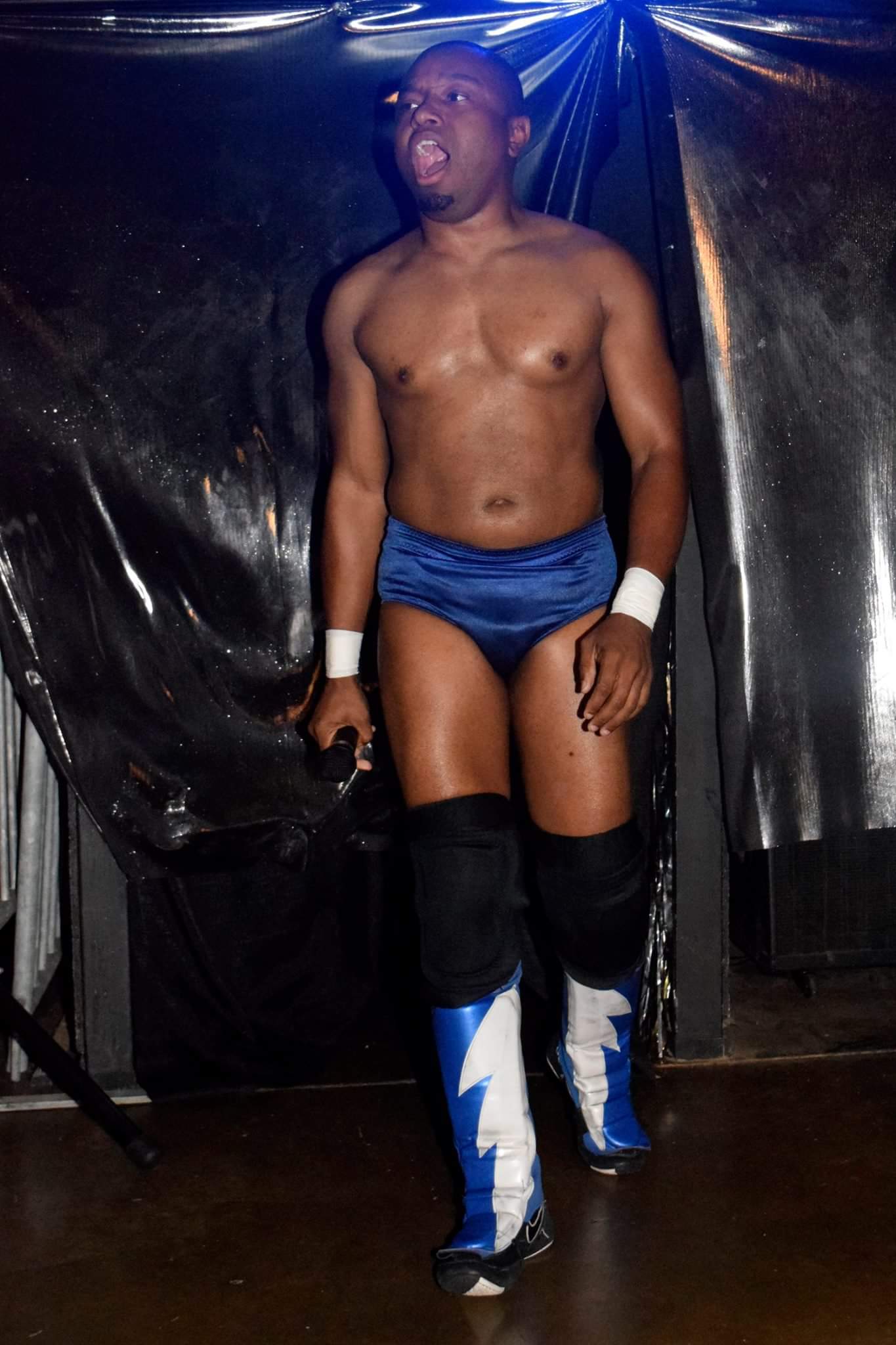 Now that the drama was finally out the way, it was time for action! Malik challenged Brooks to a singles match, but Brooks II was the one to accept the challenge. Brooks II claims he was tired of Malik talking crap about his big cousin and was going to do something about it. 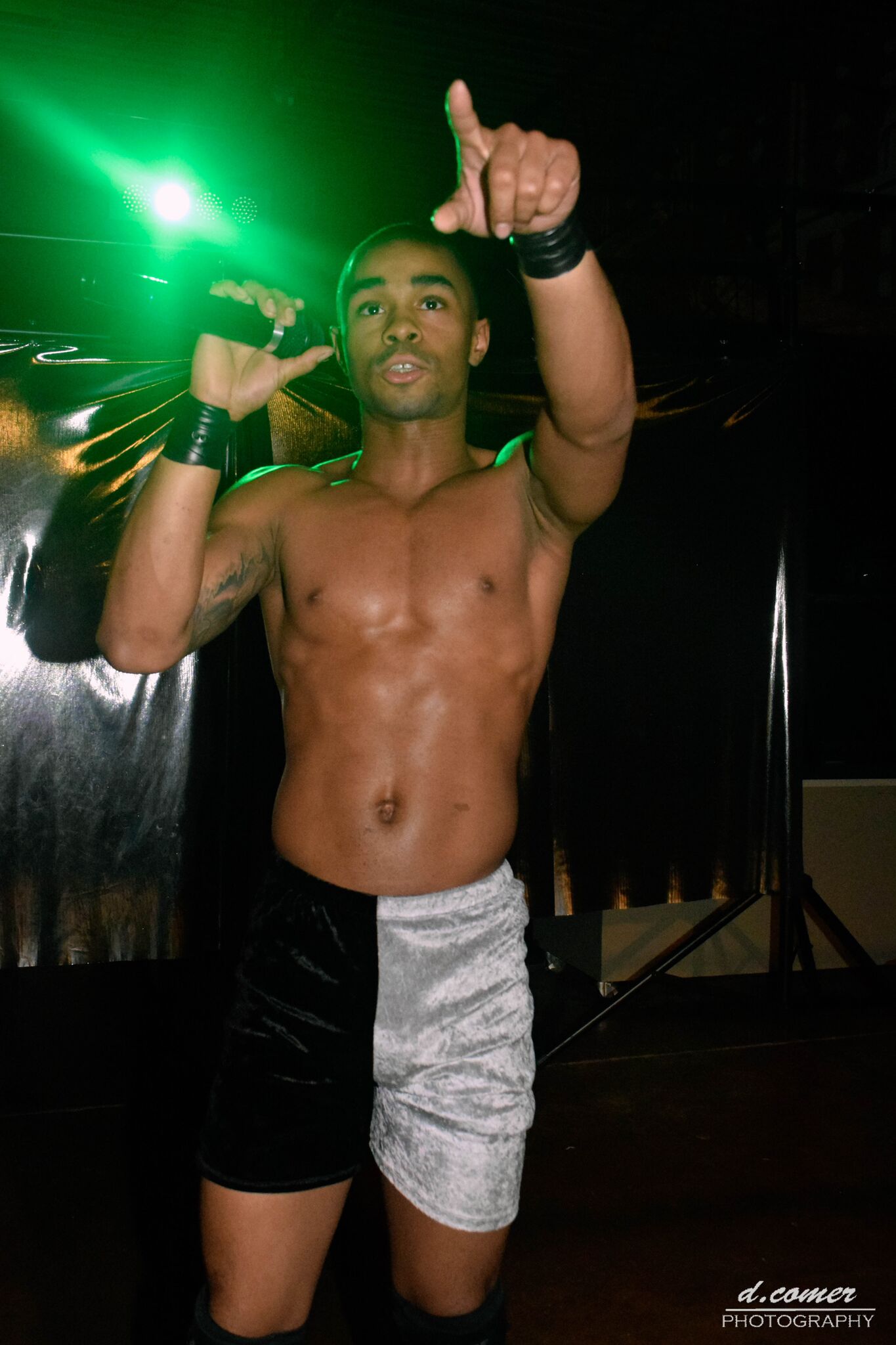 The match didn’t last long, but during the match Brooks II was able to connect with a Bodyslam and a Figure Four Leg Lock. 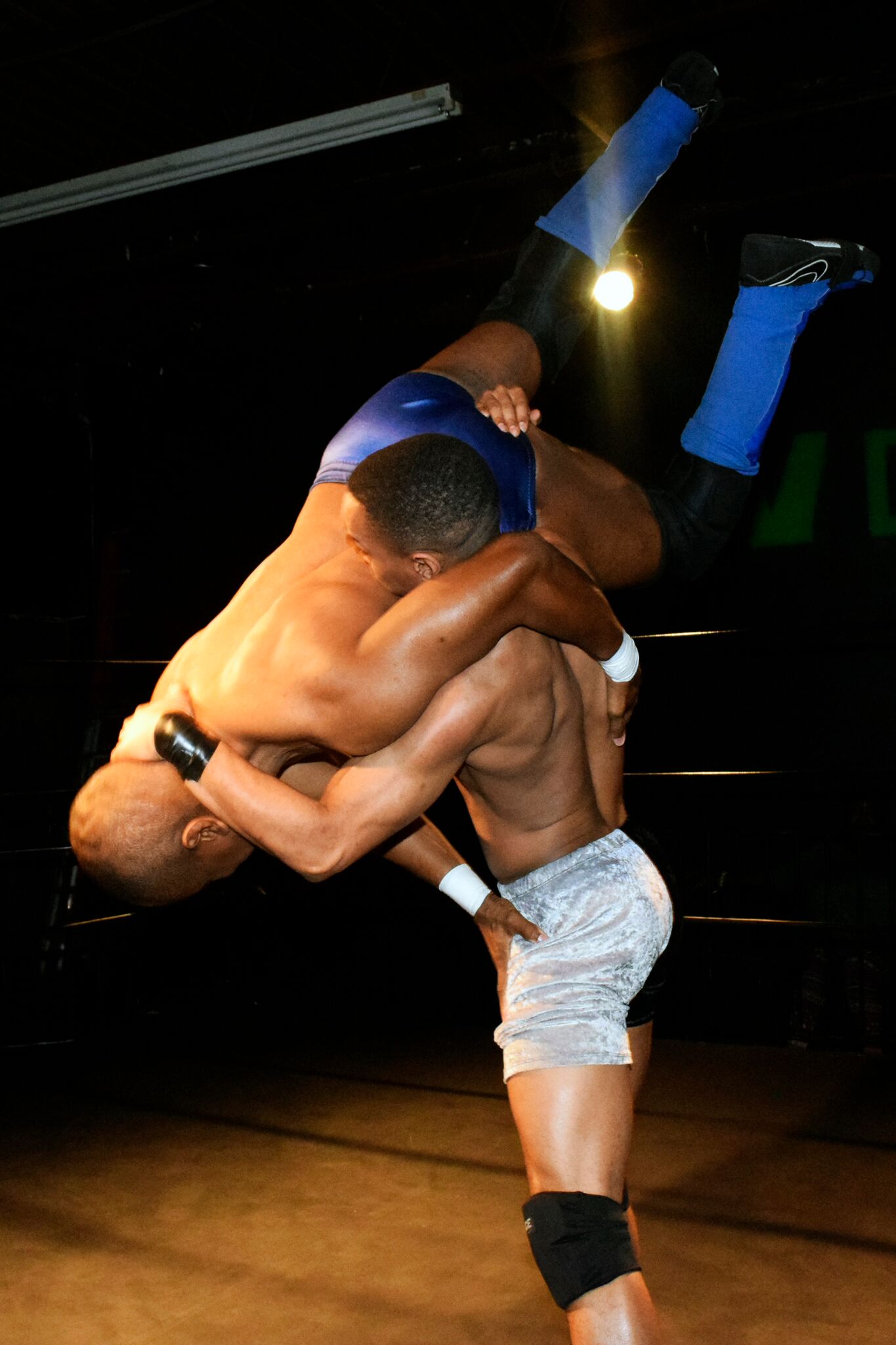 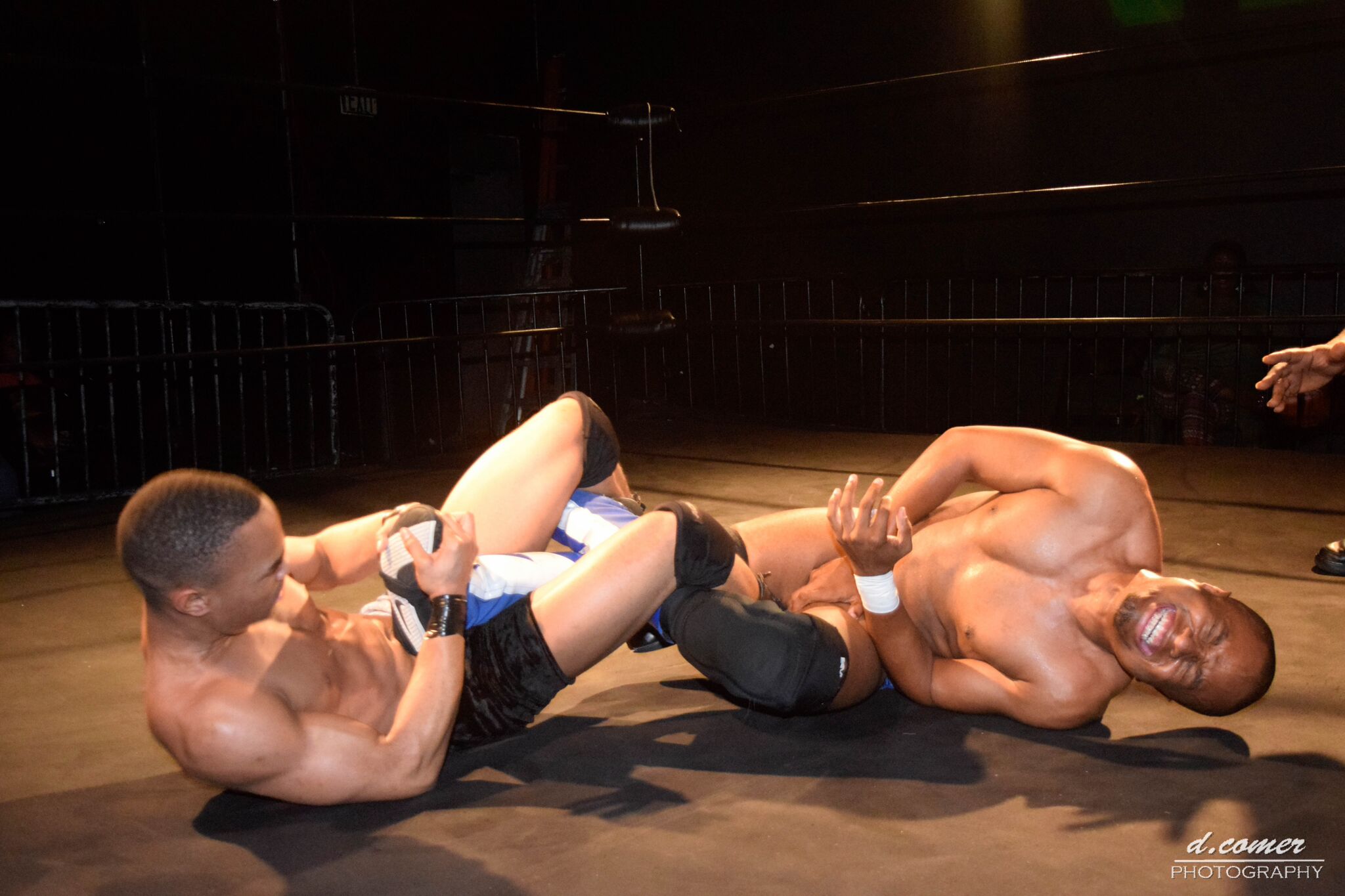 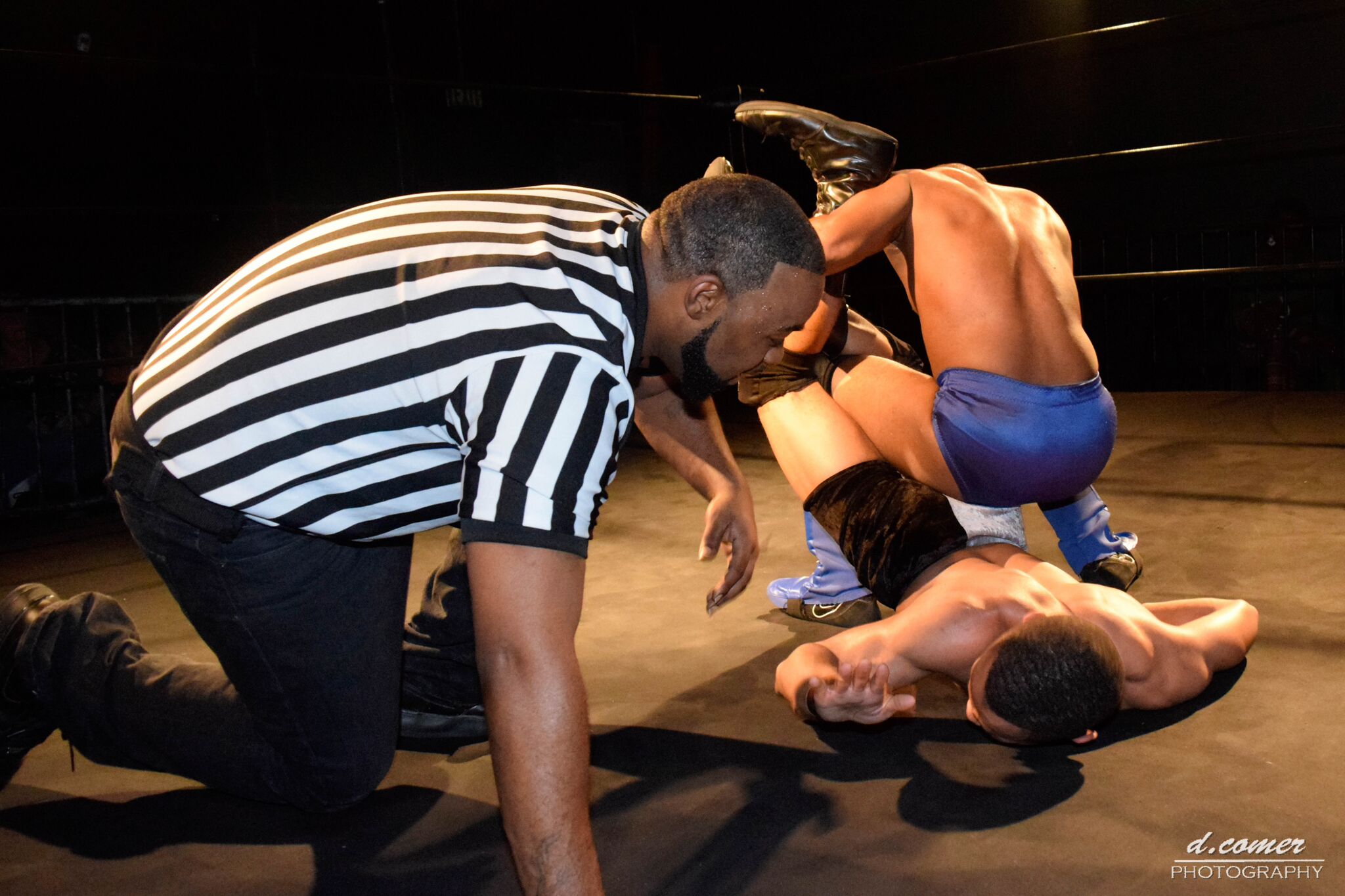 Malik didn’t allow that to affect him as he finished Brooks II off with the Sharpshooter! 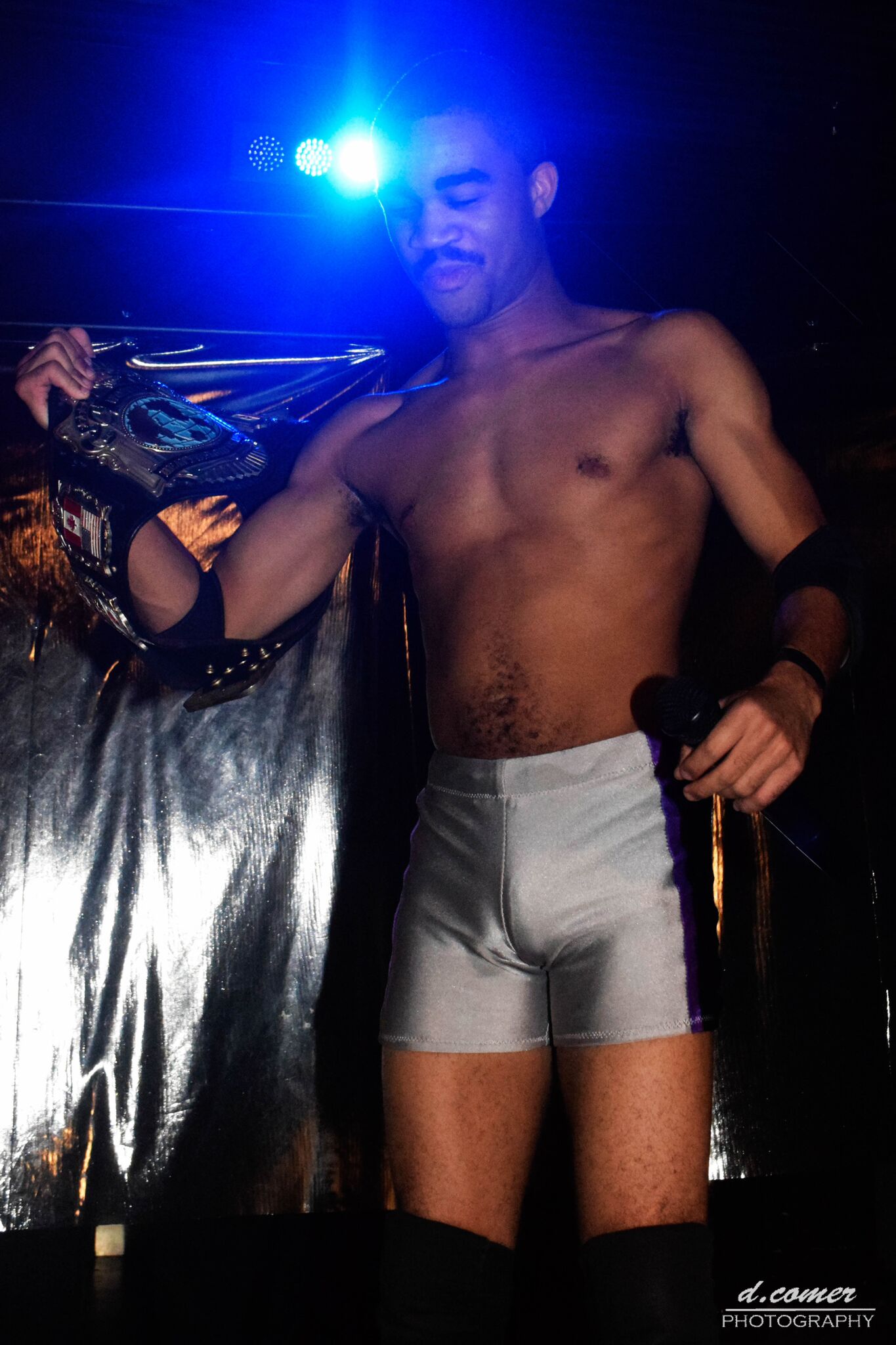 Match two featured the real Brooks, the VCA Juniorvative champion. Before competing, Brooks had some informative news for the live audience. 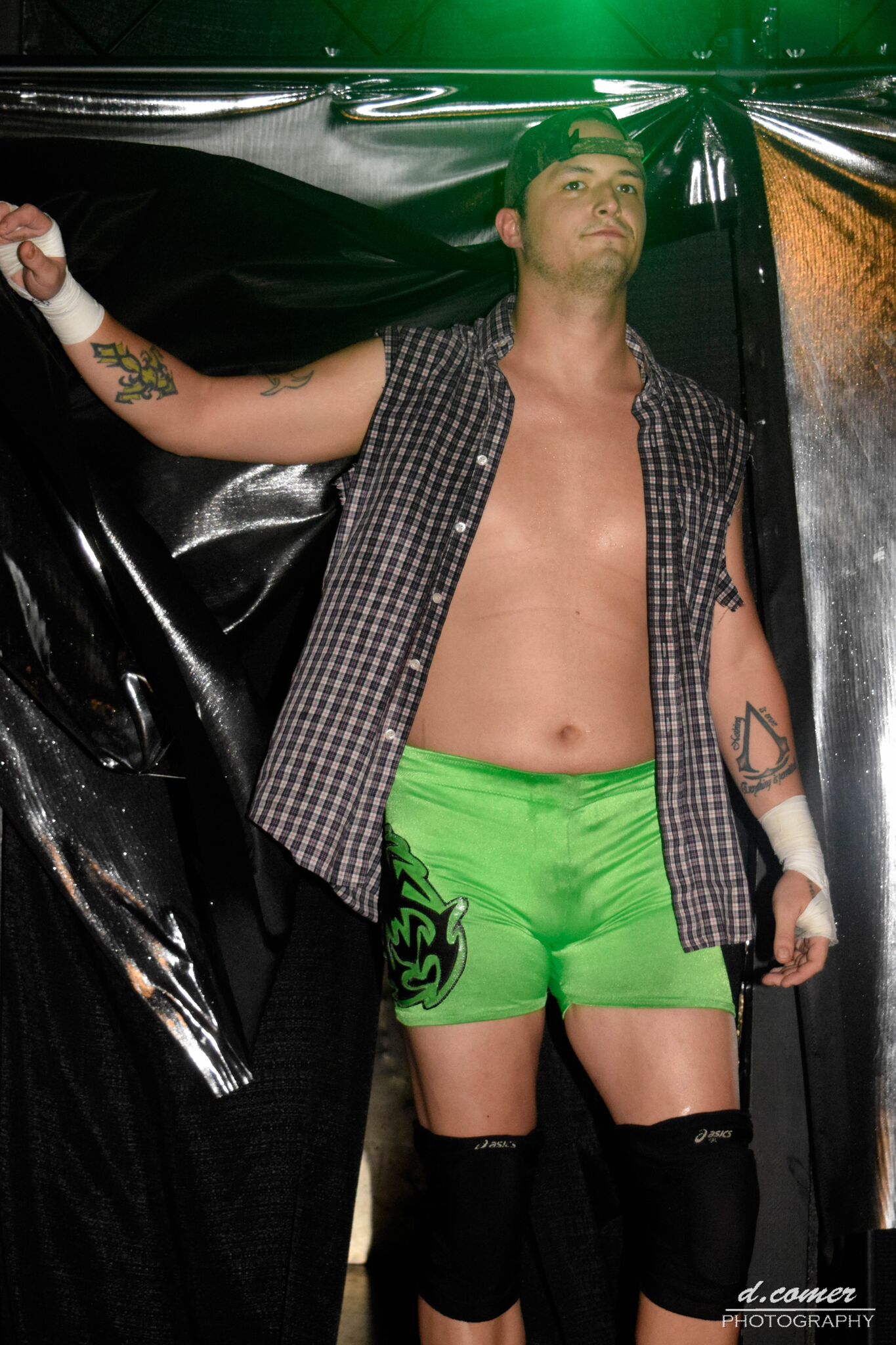 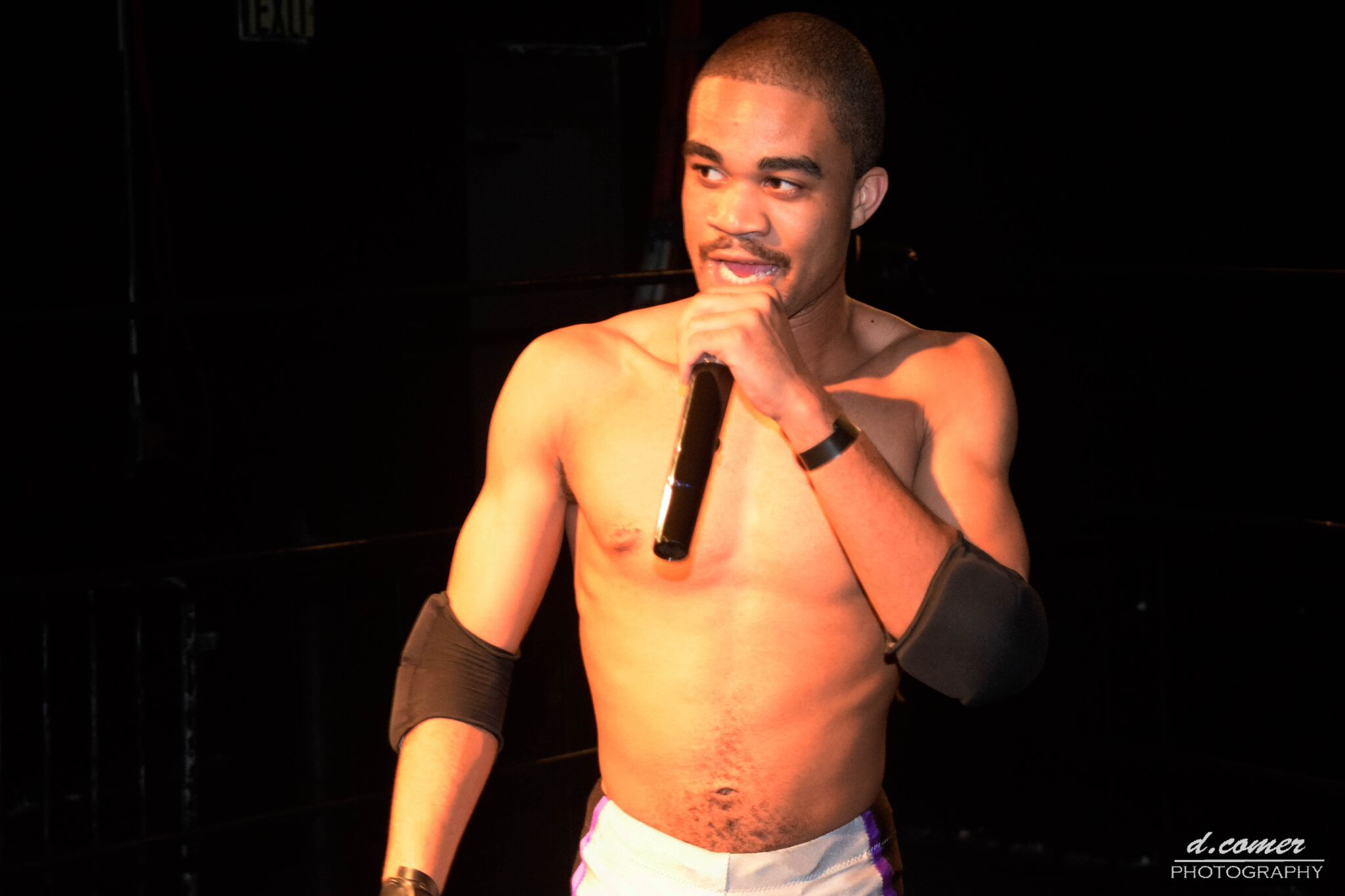 Brooks then announced that he’d be placing his Juniorvative championship on the line against anyone with the exception of Malik. The person to accept the challenge was Allen Dalton. 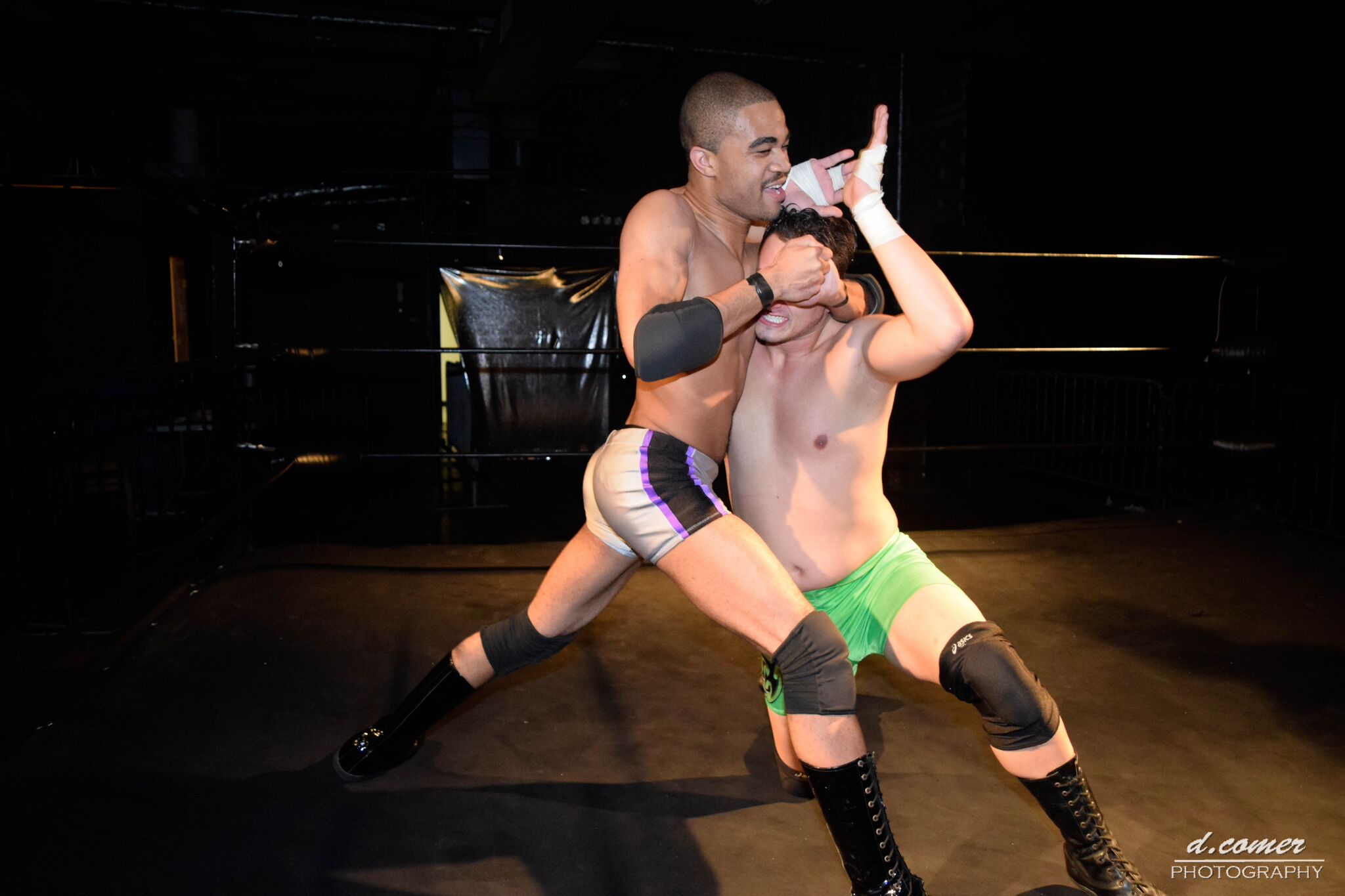 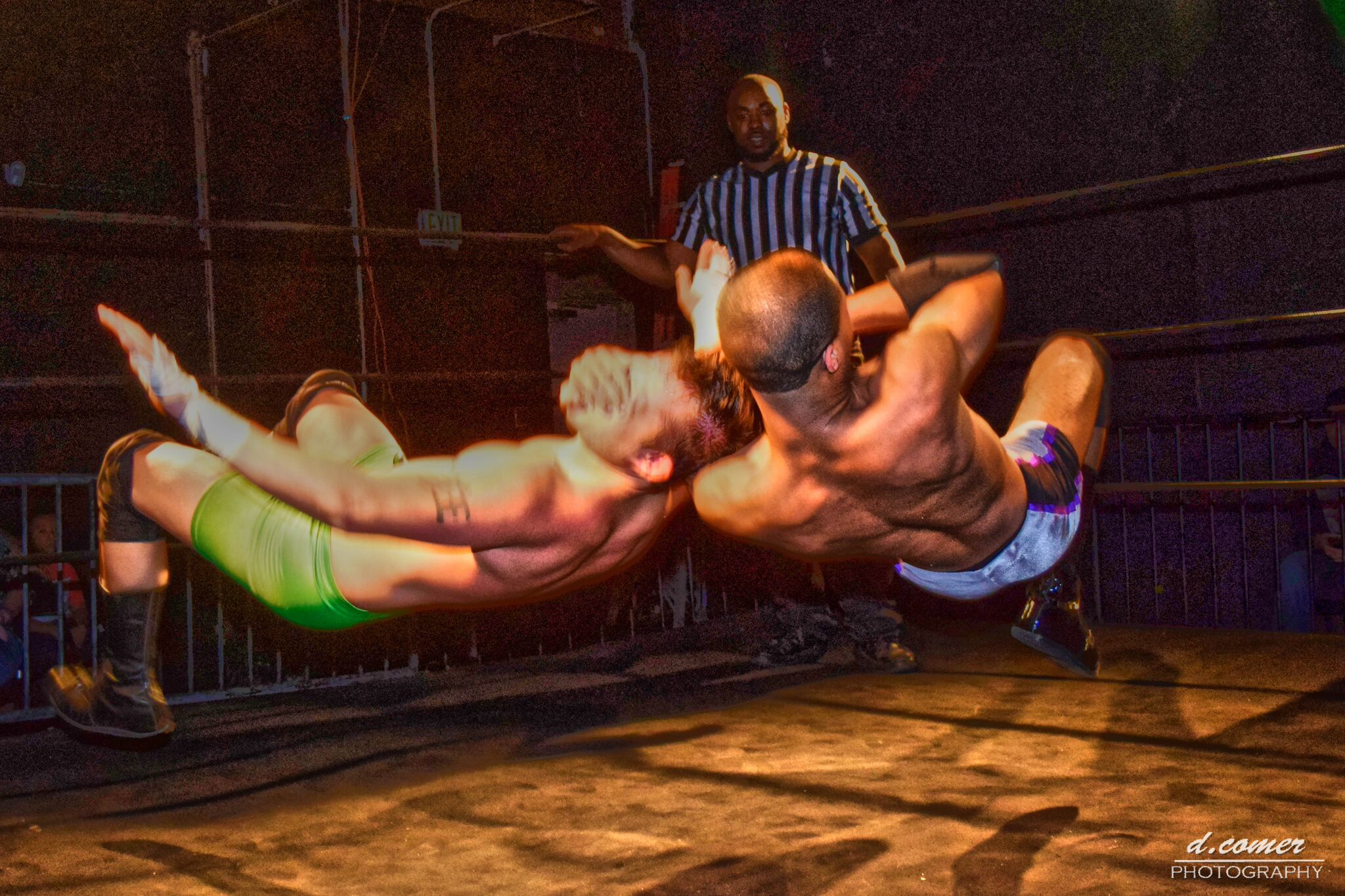 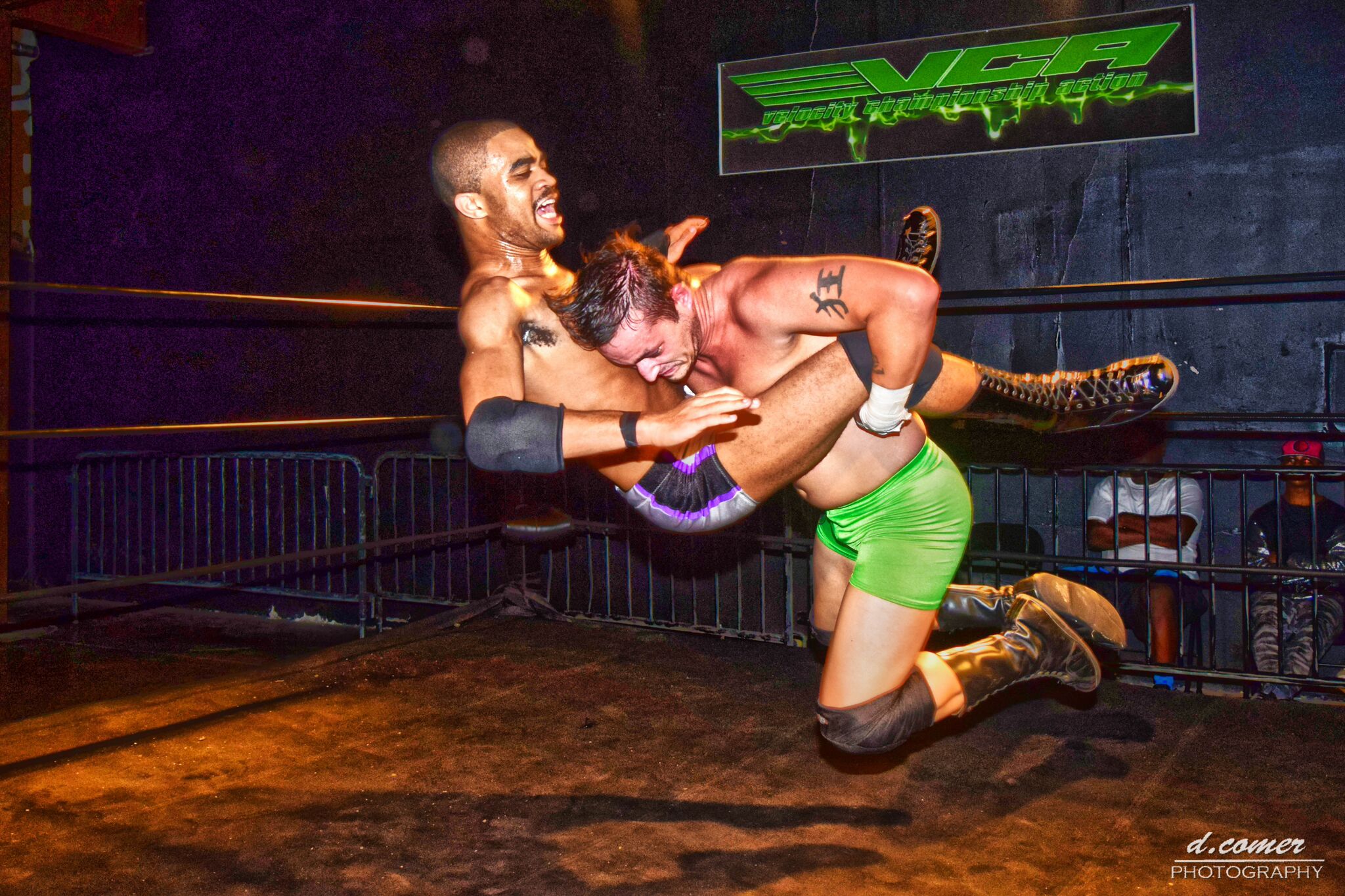 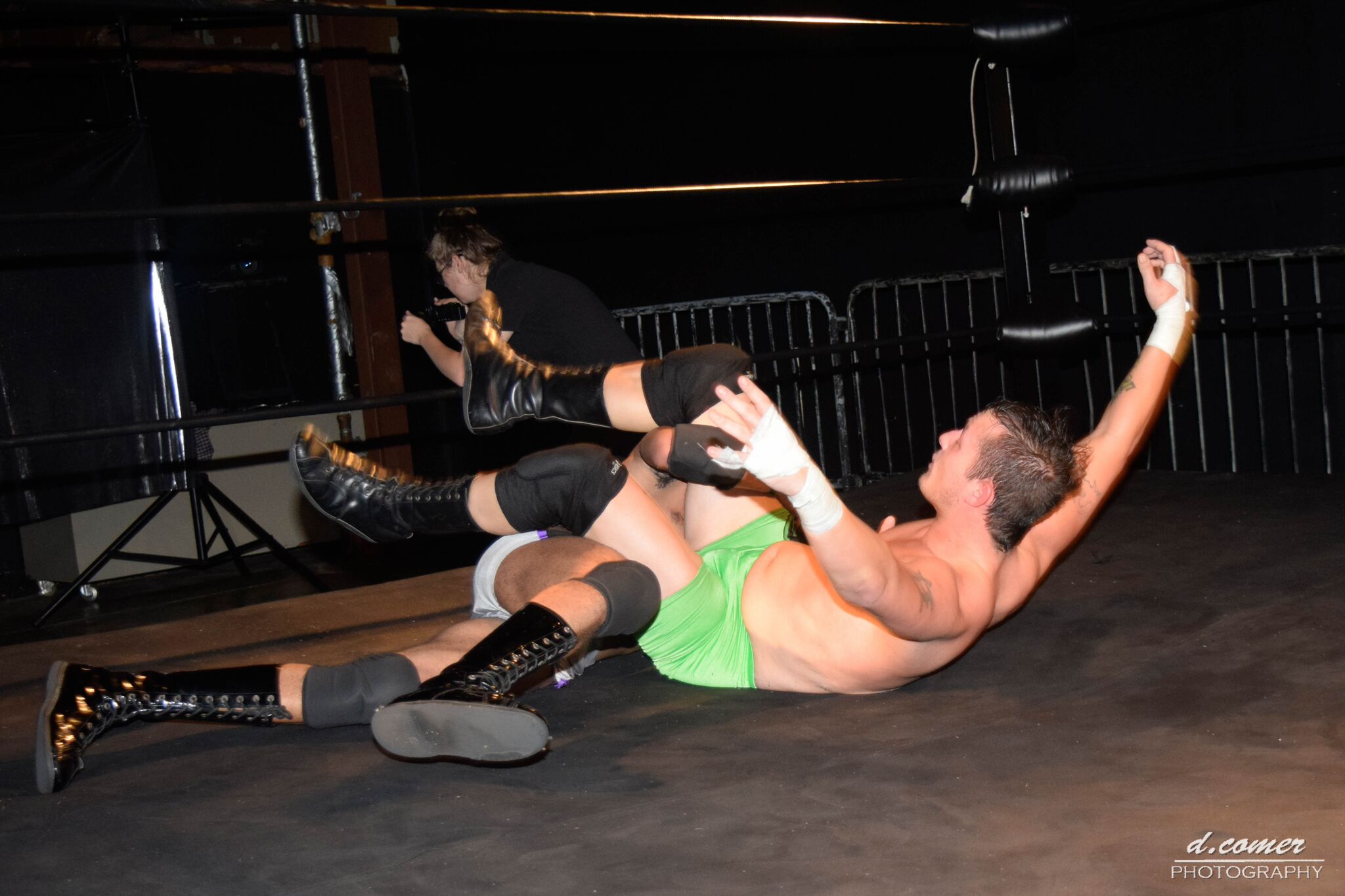 Brooks tried defending his championship by all means, but in the end Dalton was close to sealing the deal by driving Brooks’ head to the mat with the A.D. Luckily for Brooks, Tiny’s music began playing causing a distraction for Dalton which allowed Brooks to roll Dalton up for the win. It was a sad day for Dalton not walking out champion, but Brooks once again proved he’d do anything to keep his championship. 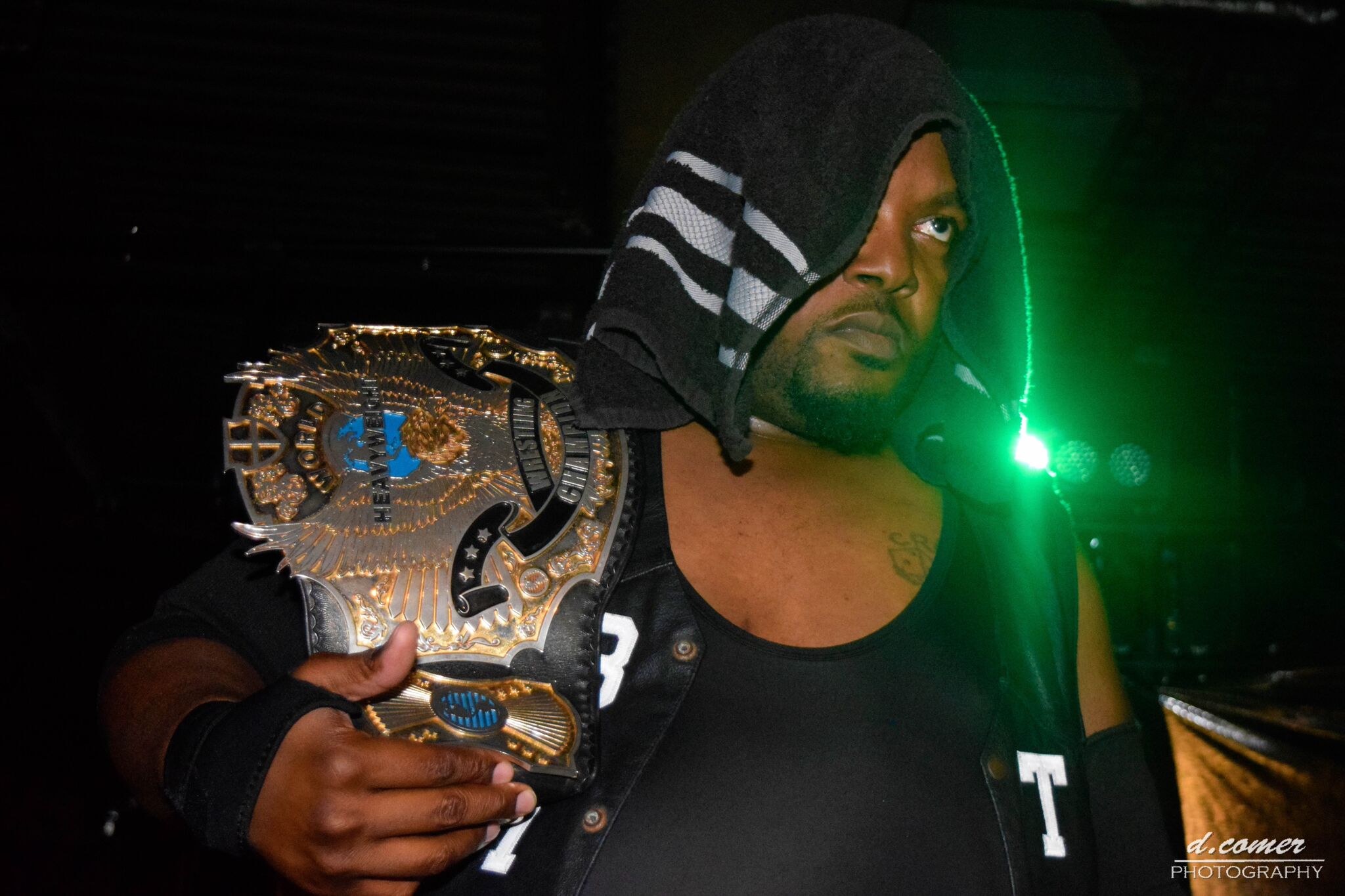 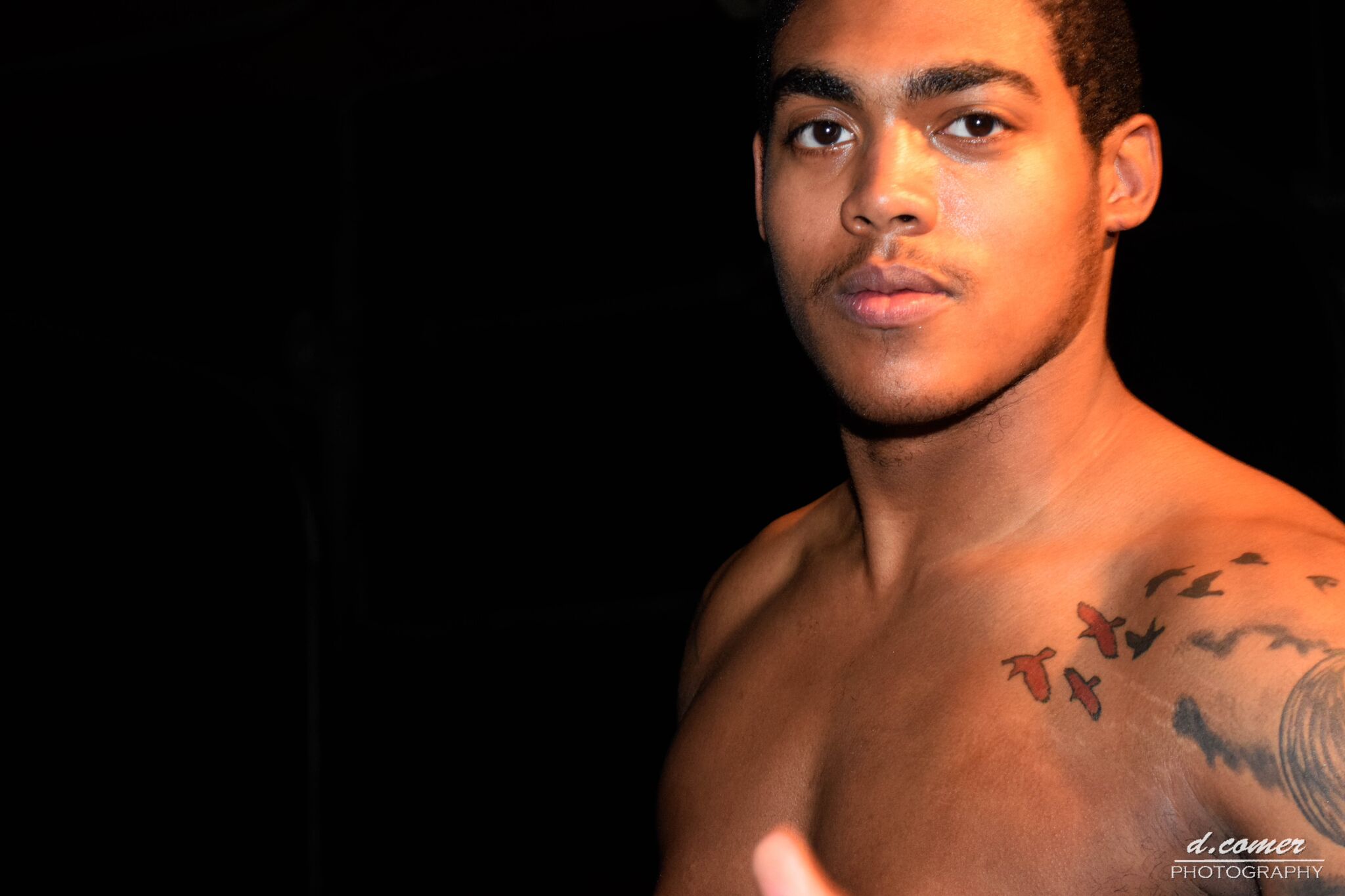 The next match was the heavyweight championship match between Tiny and Chris Evans. As usual, Rae accompanied Tiny to the ring to make sure everything went her way. 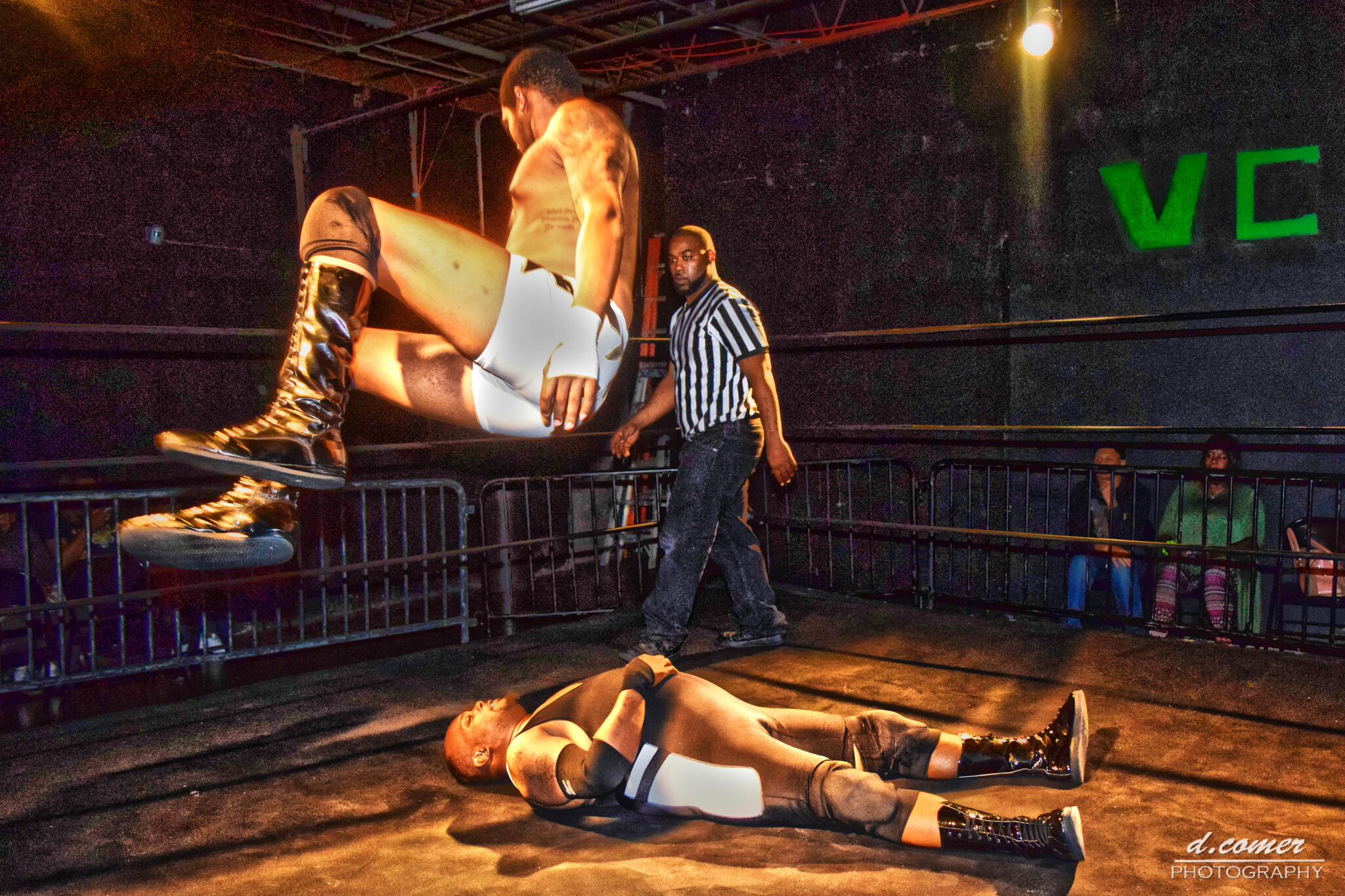 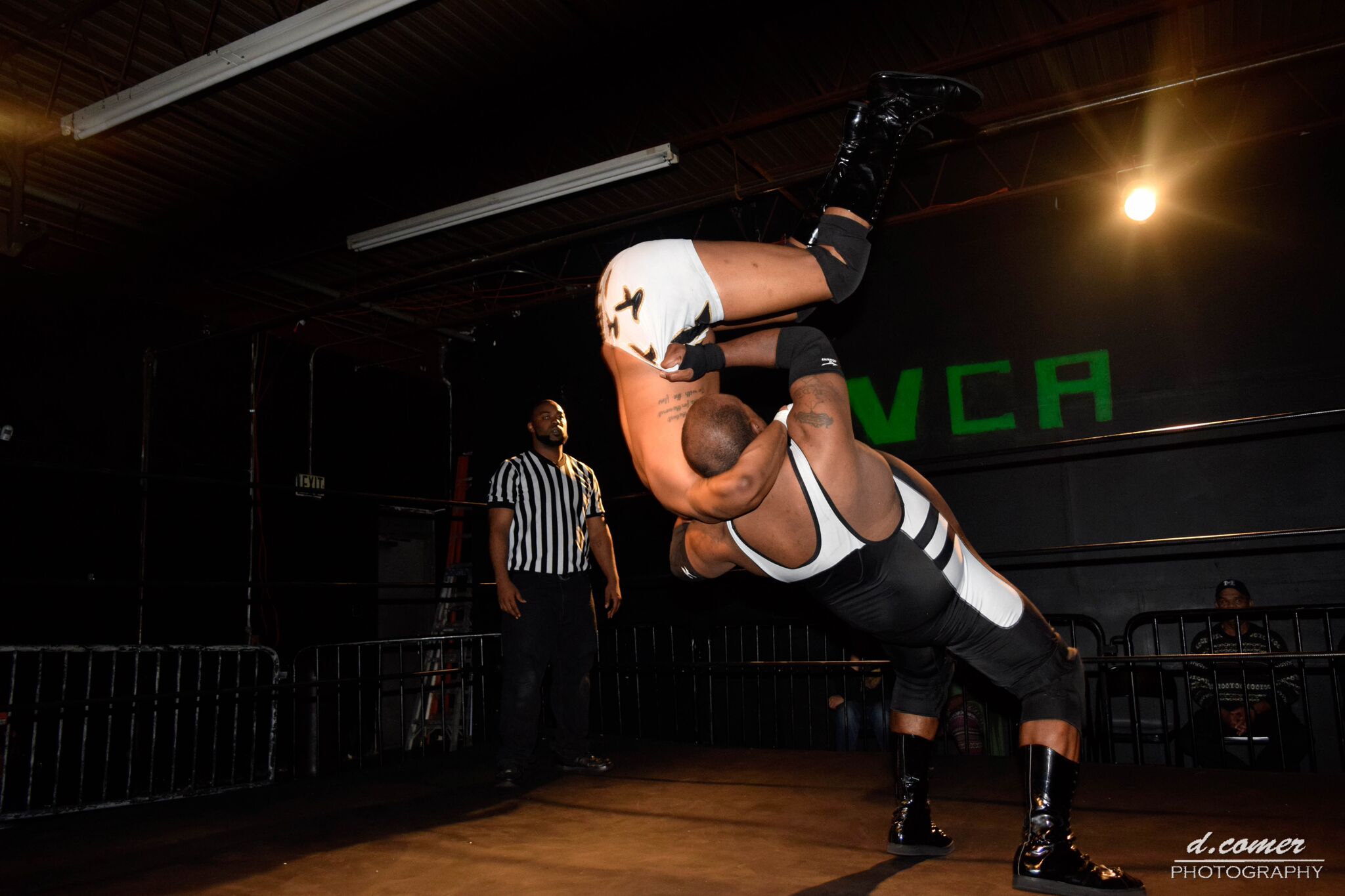 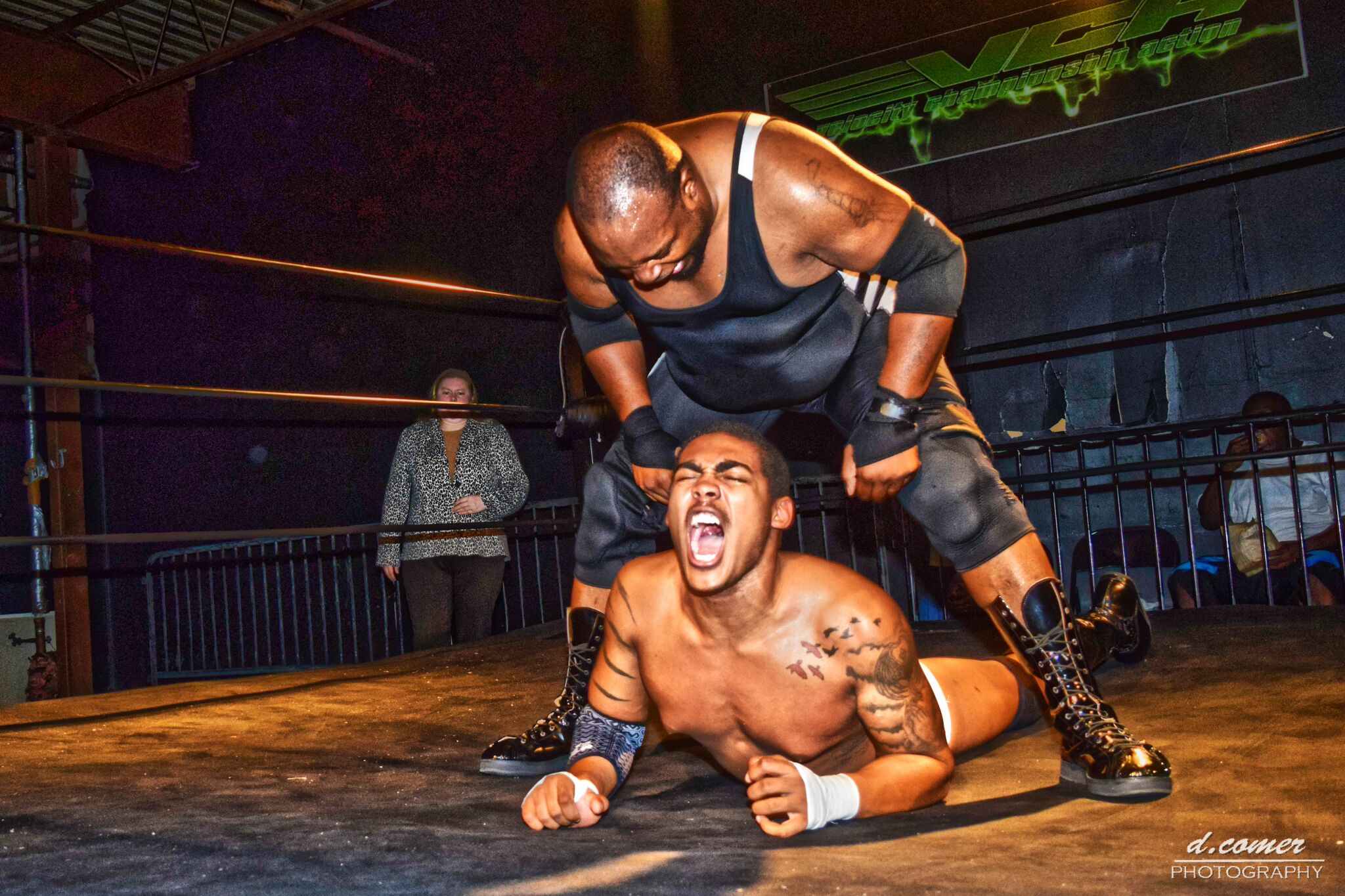 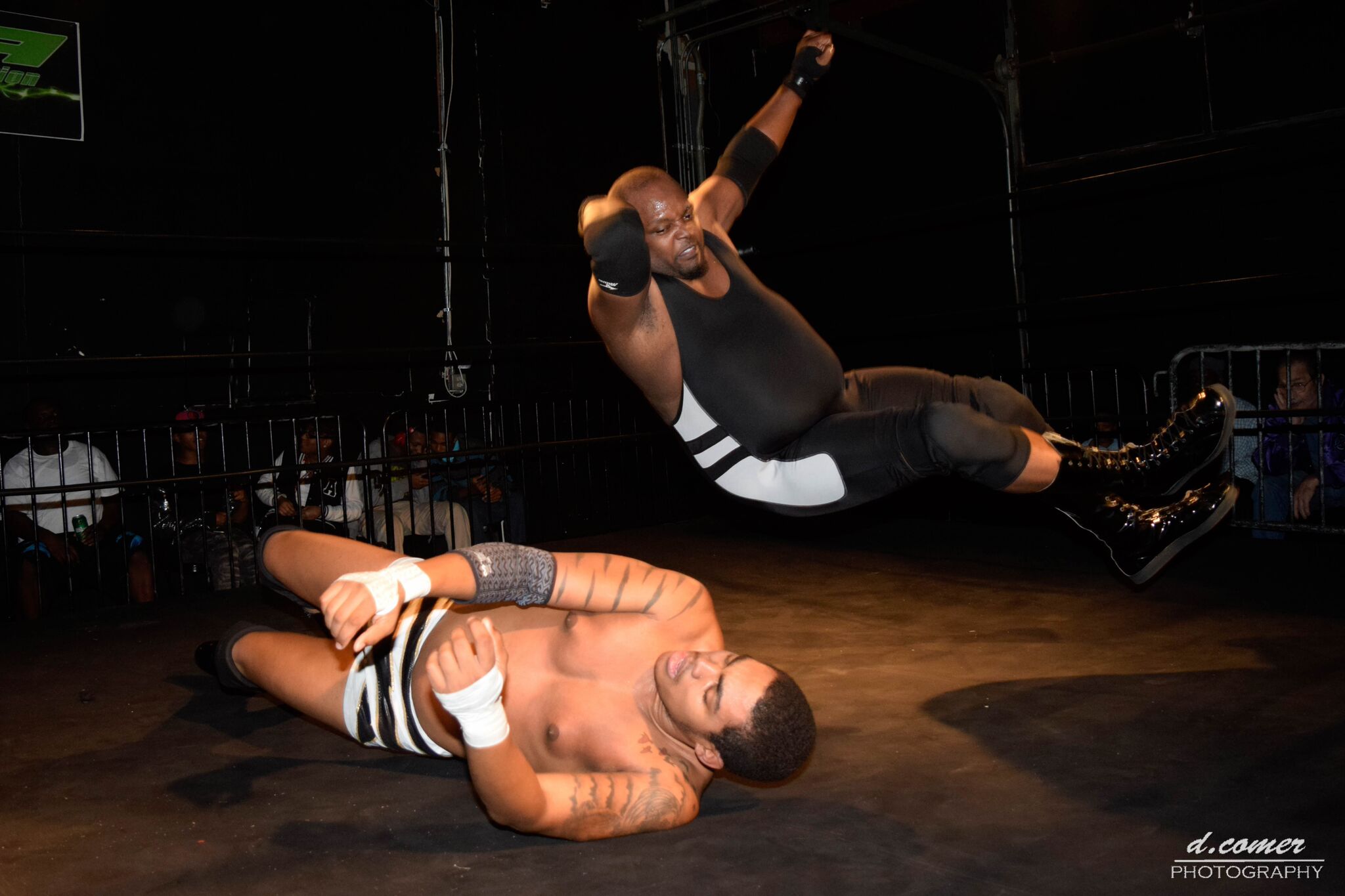 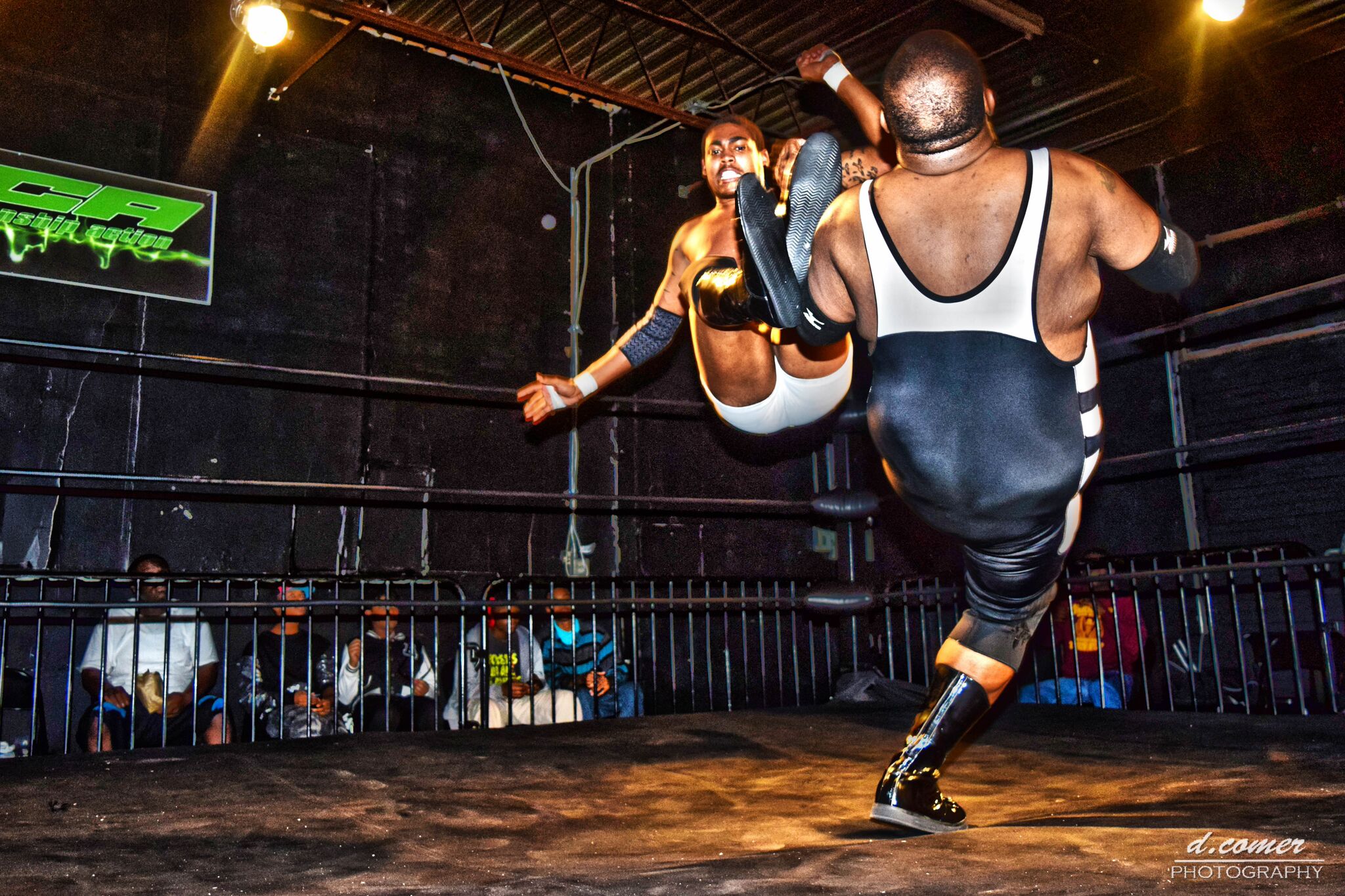 Evans did what he could in keeping the champ down, but Tiny was just too large and powerful for the newcomer. At one point in the match Tiny made a critical mistake which turned out to be a miracle for Evans. 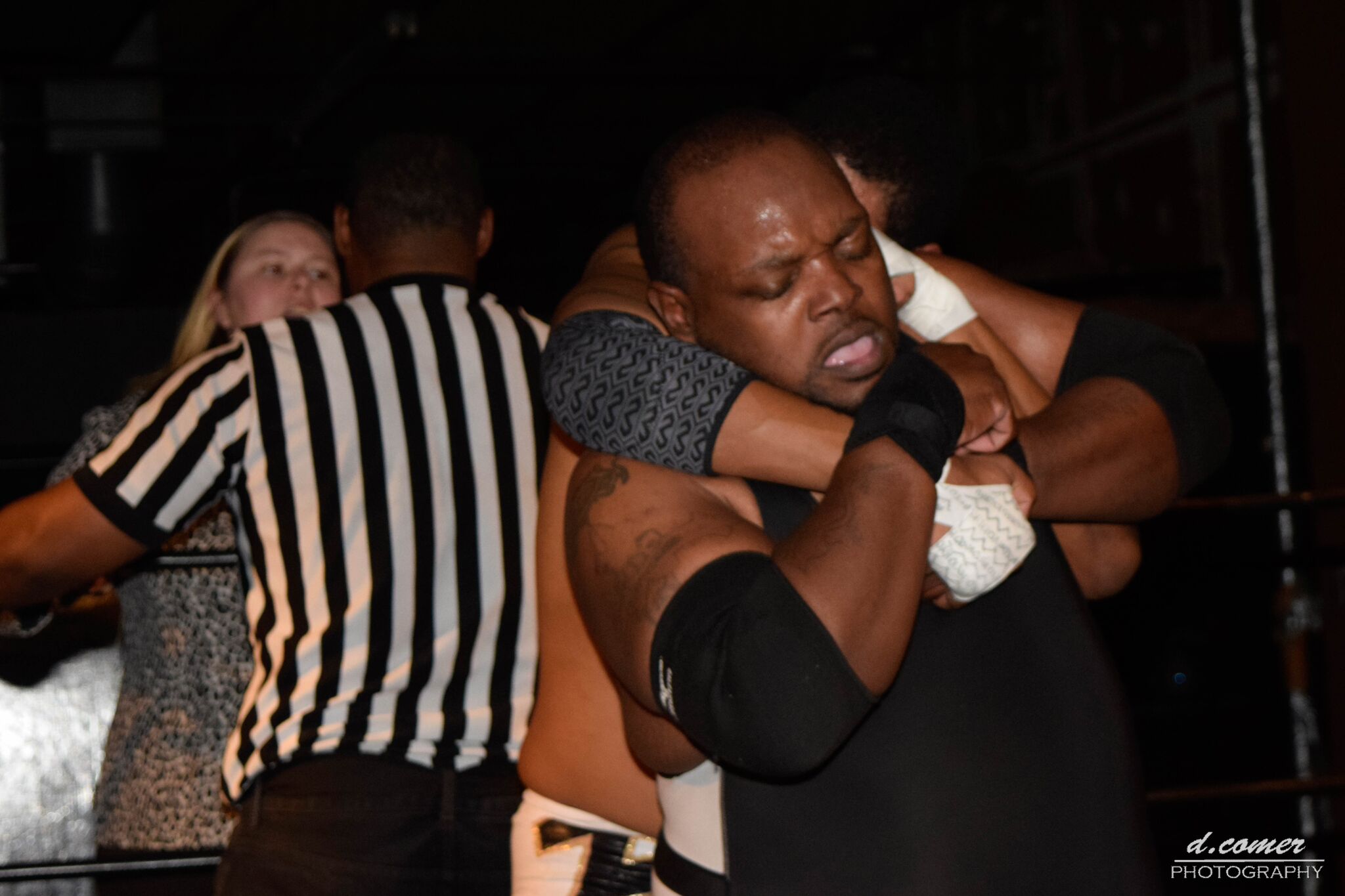 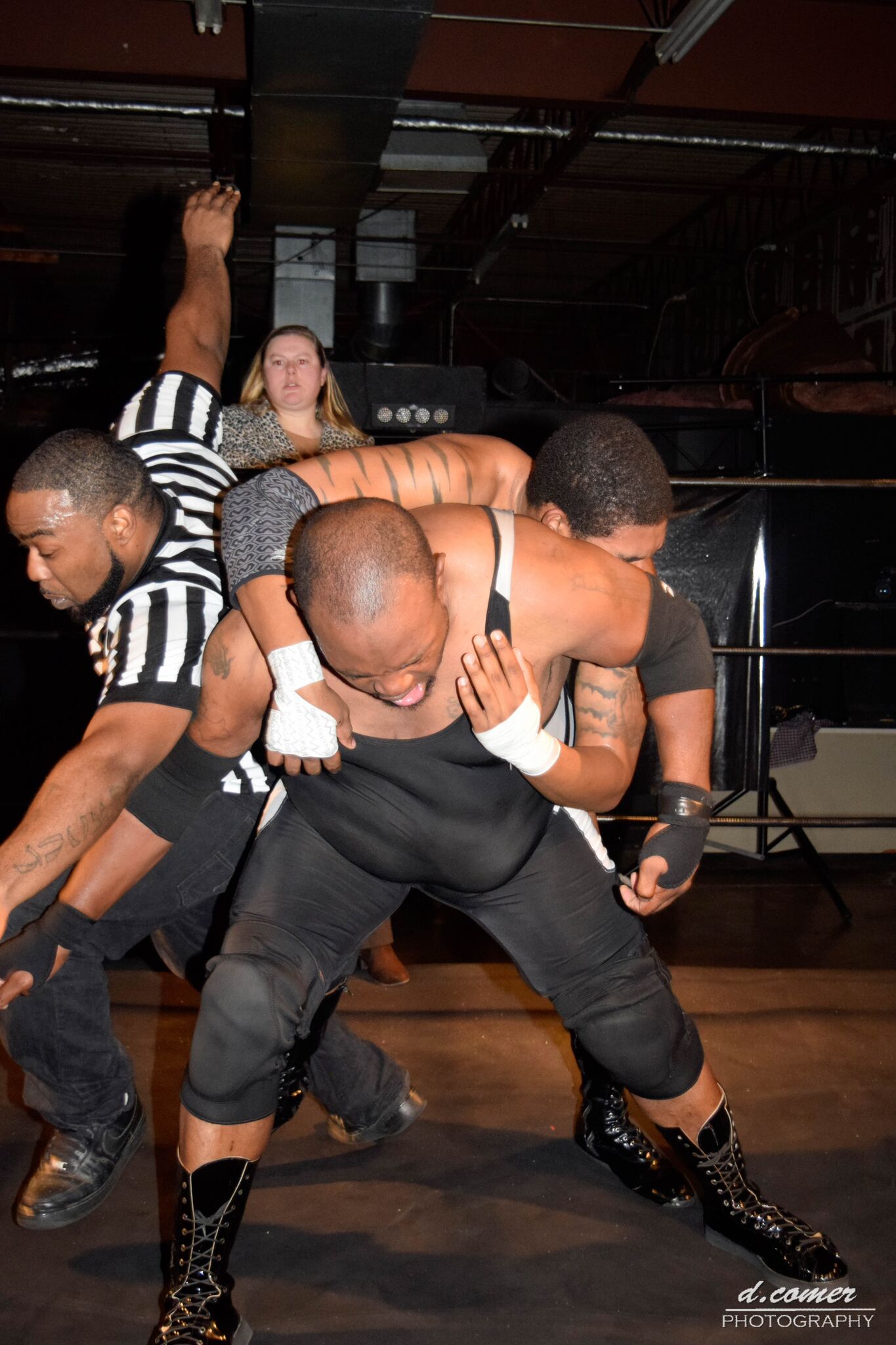 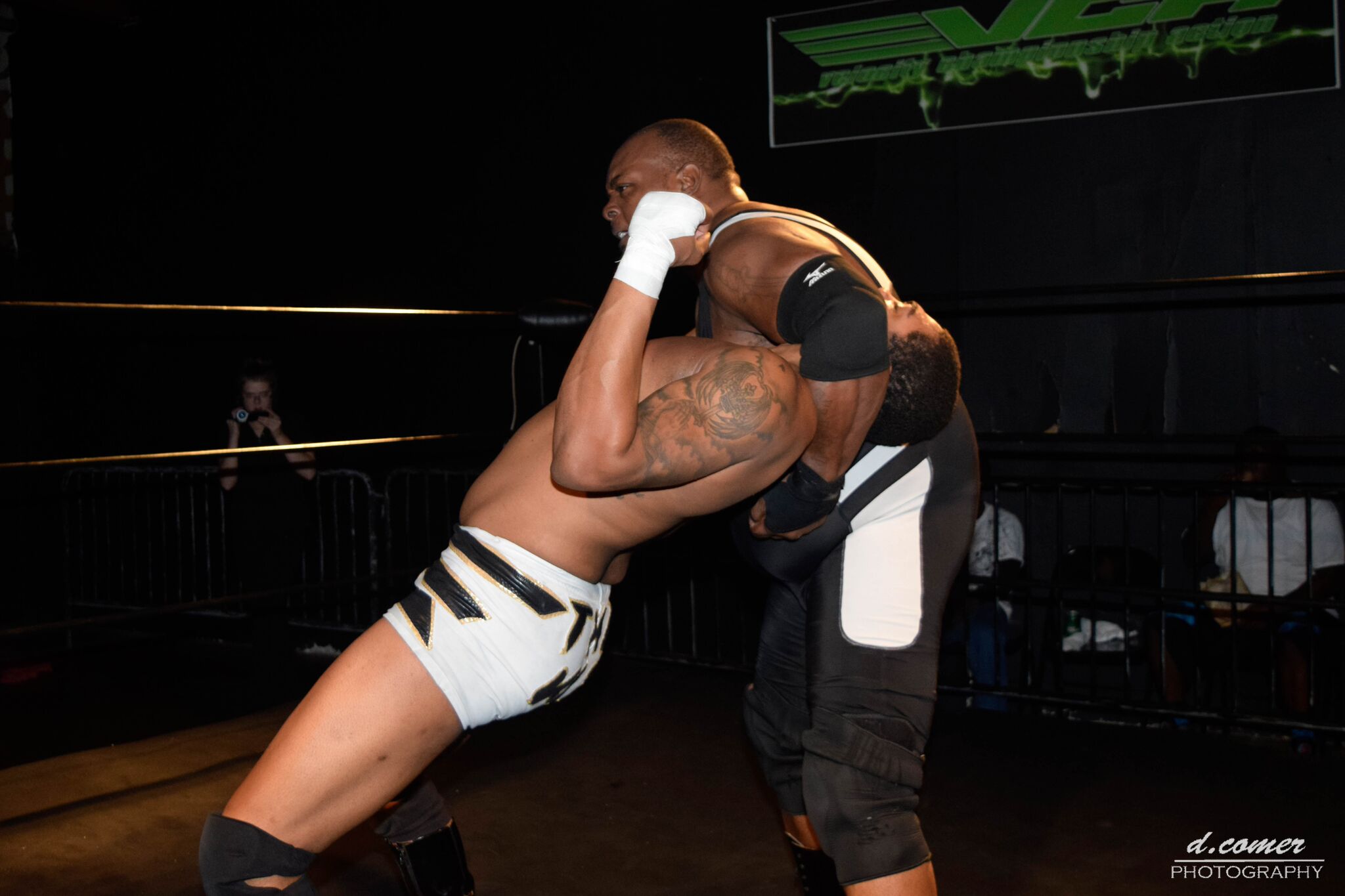 Evans locked the Chris Cross in, but Terra wasn’t having it. Rae jumped on the ring apron and the referee instantly ran over to keep her out the match. John and Rae argued back and forward until Terra became irritated with John. Rae shoved John which caused John to nails Evans in the back of the head by accident. This small incident was enough to allow Tiny to drill Evans to the mat and retain his championship. 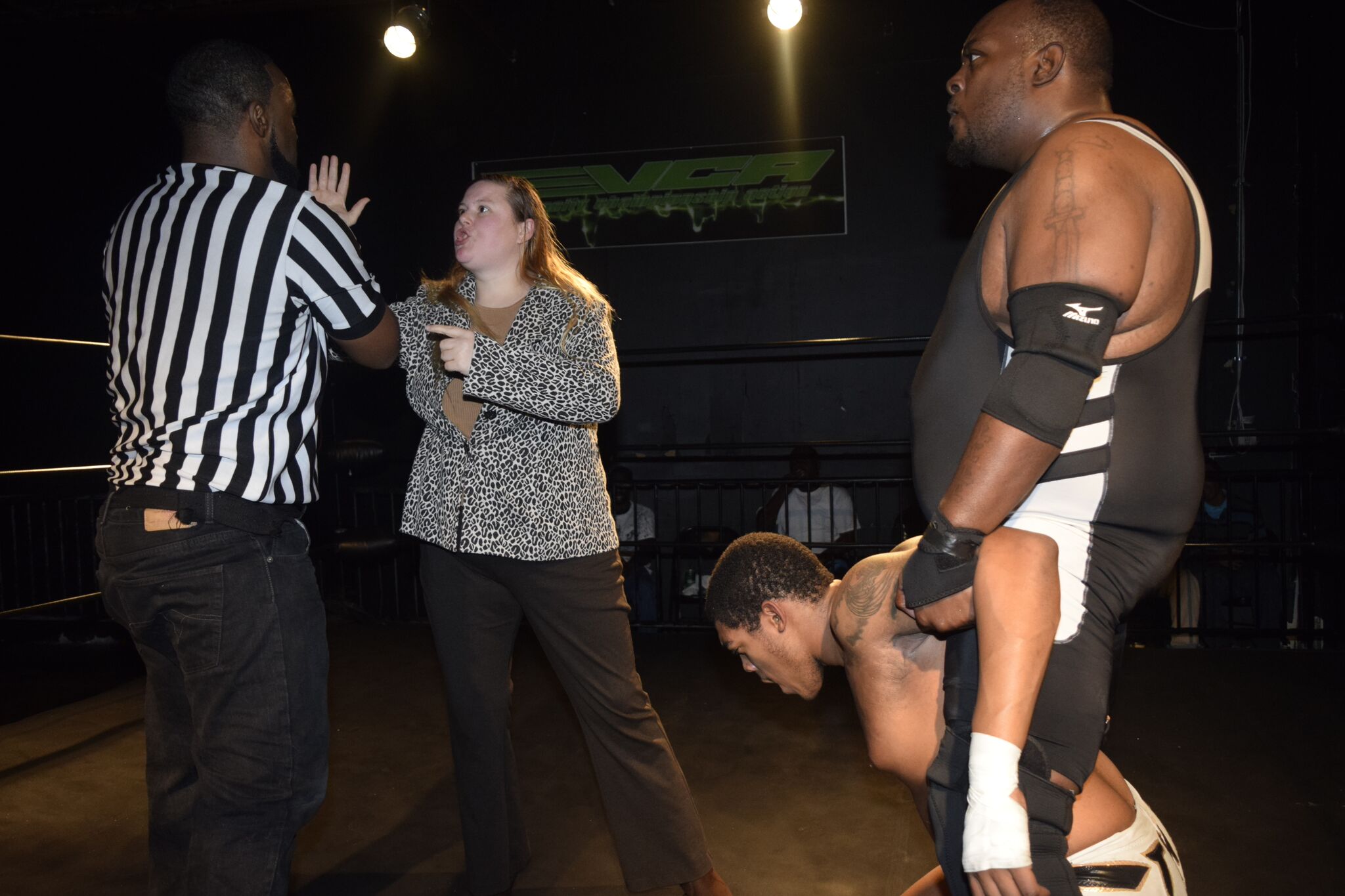 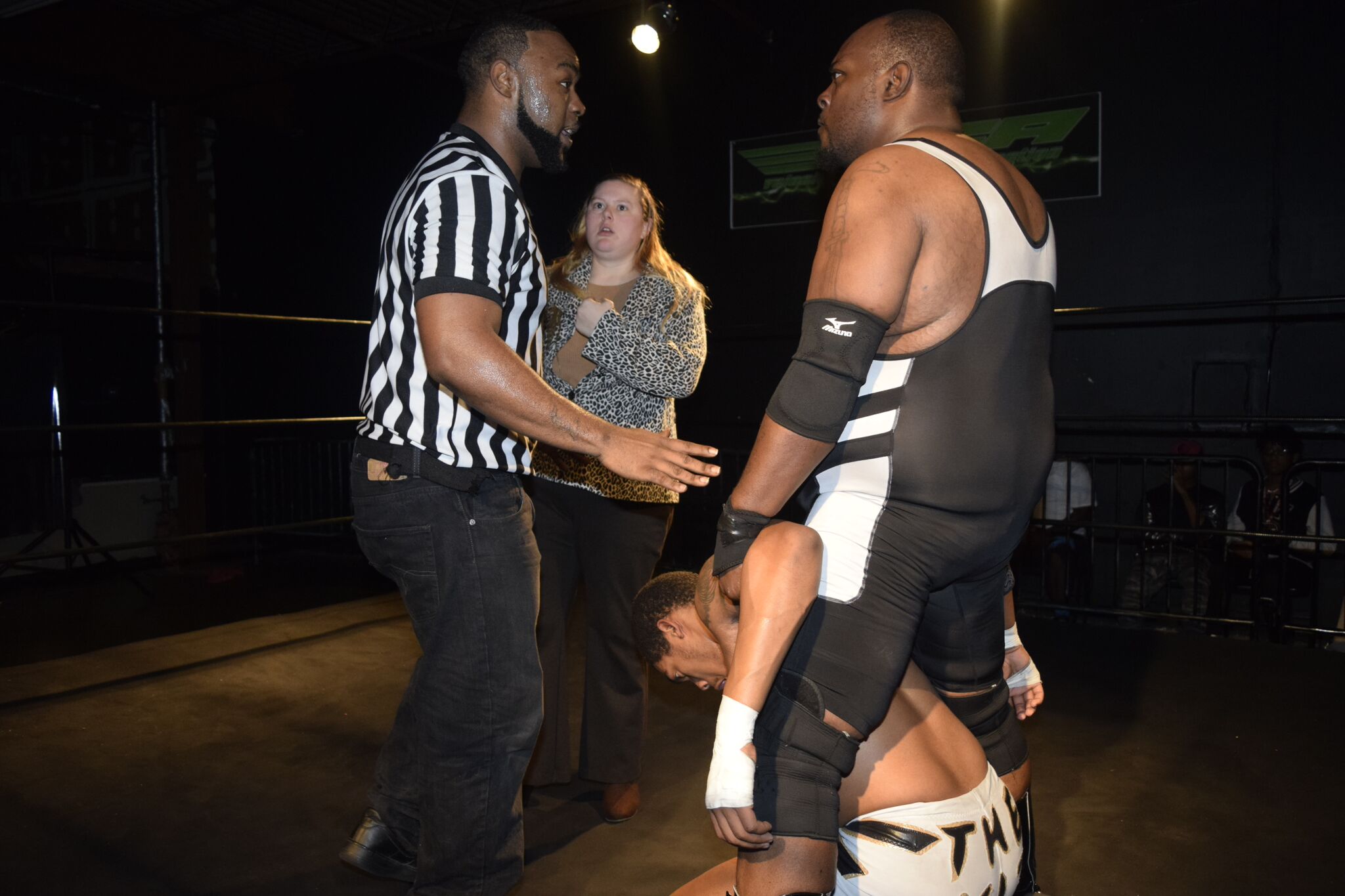 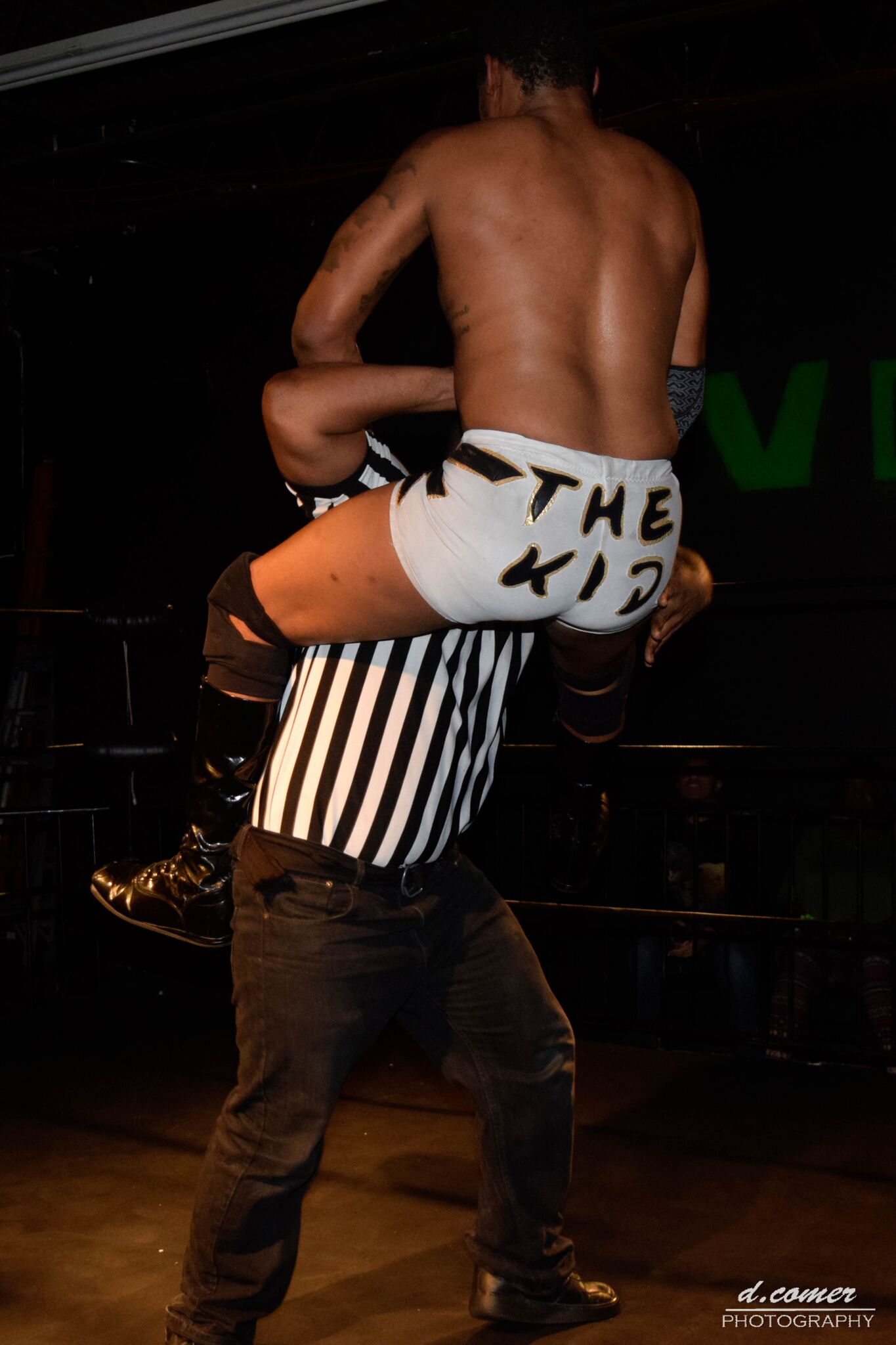 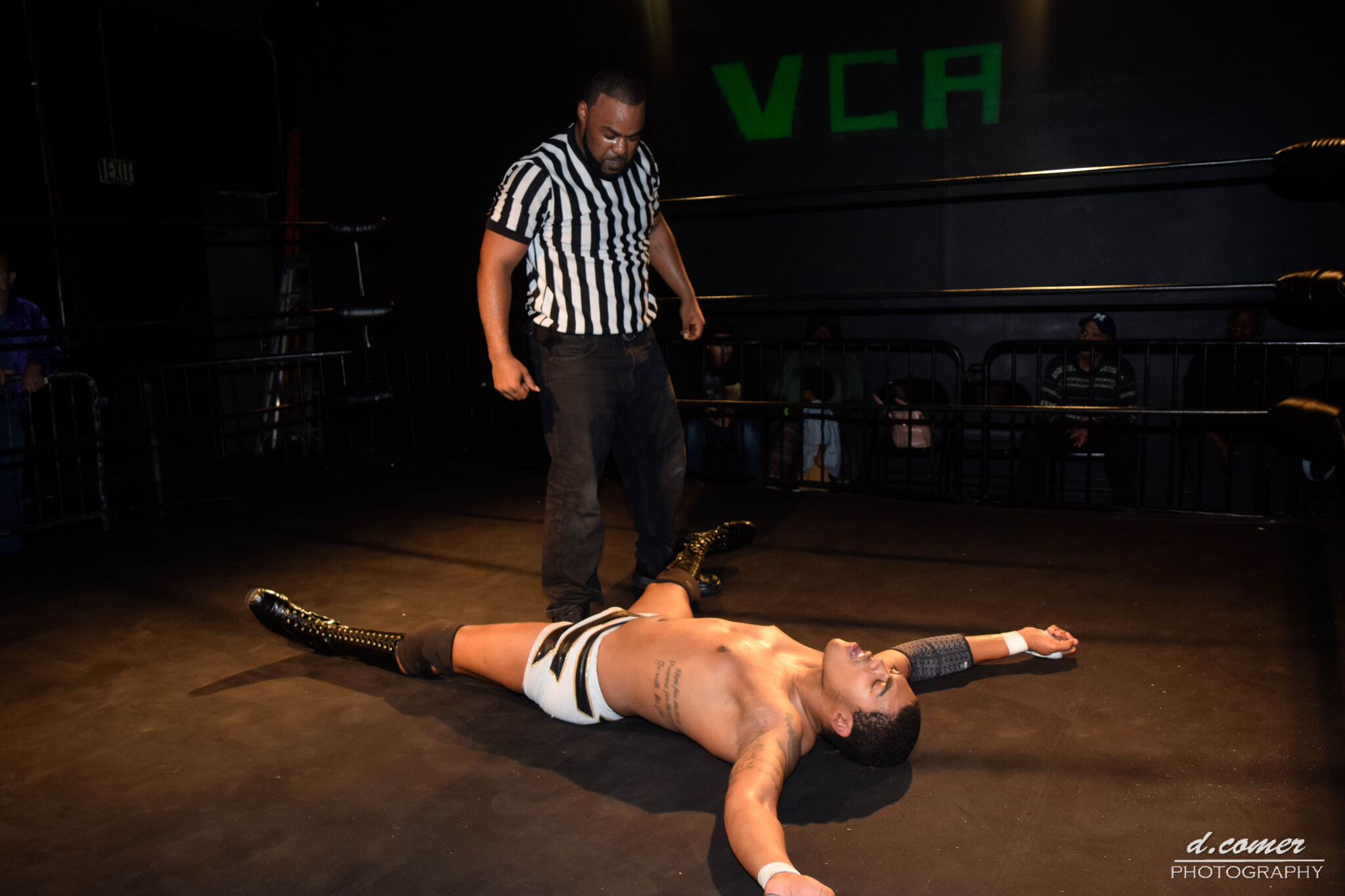 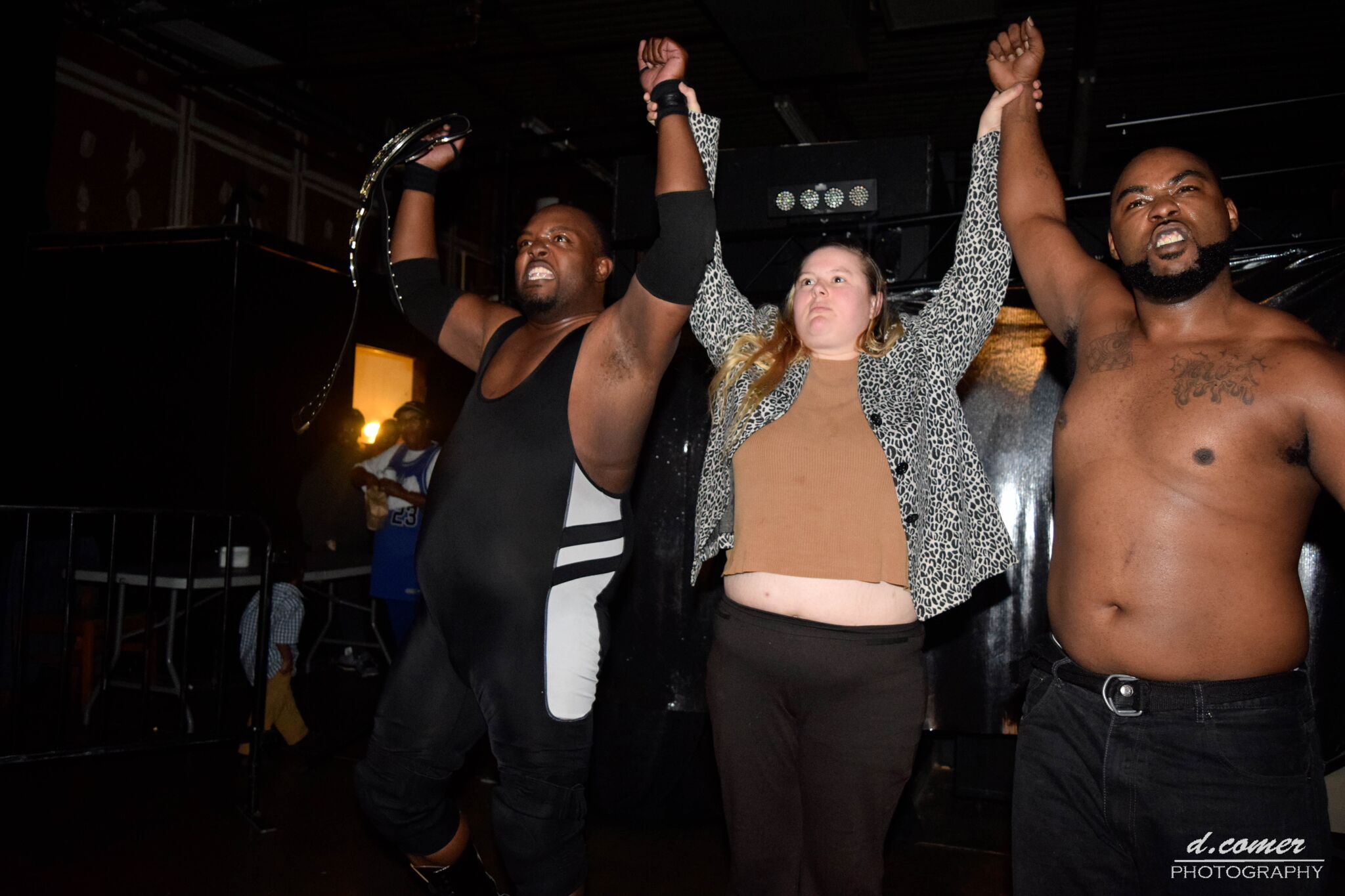 After the match Tiny wasn’t done and said he’d make Evans pay solely because Evans and Dalton are friends. Tiny held Evans up and told Rae to slap the skin of Evans’ face, but John had seen enough.

John grabbed the arm of Rae and informed Rae he was the official and there would be no assault on Evans. John then shoved Tiny away causing the fans to erupt for John’s bravery.

As the fans continued to cheer for John, John then winked at Tiny and Terra before drilling Evans to the mat with a Spinebuster. The fans were stunned! Dalton quickly ran out with a chair in hand to aid his fallen friend, but the damage had already been done.

At this point no one knows why John did what he did, but we’re hearing that John is know going by Johnny “The Sleeper” Gilbert. We were also informed that Tiny and Dalton will also have a contract signing this Friday. Be there at 8pm this Friday night to see what goes down!