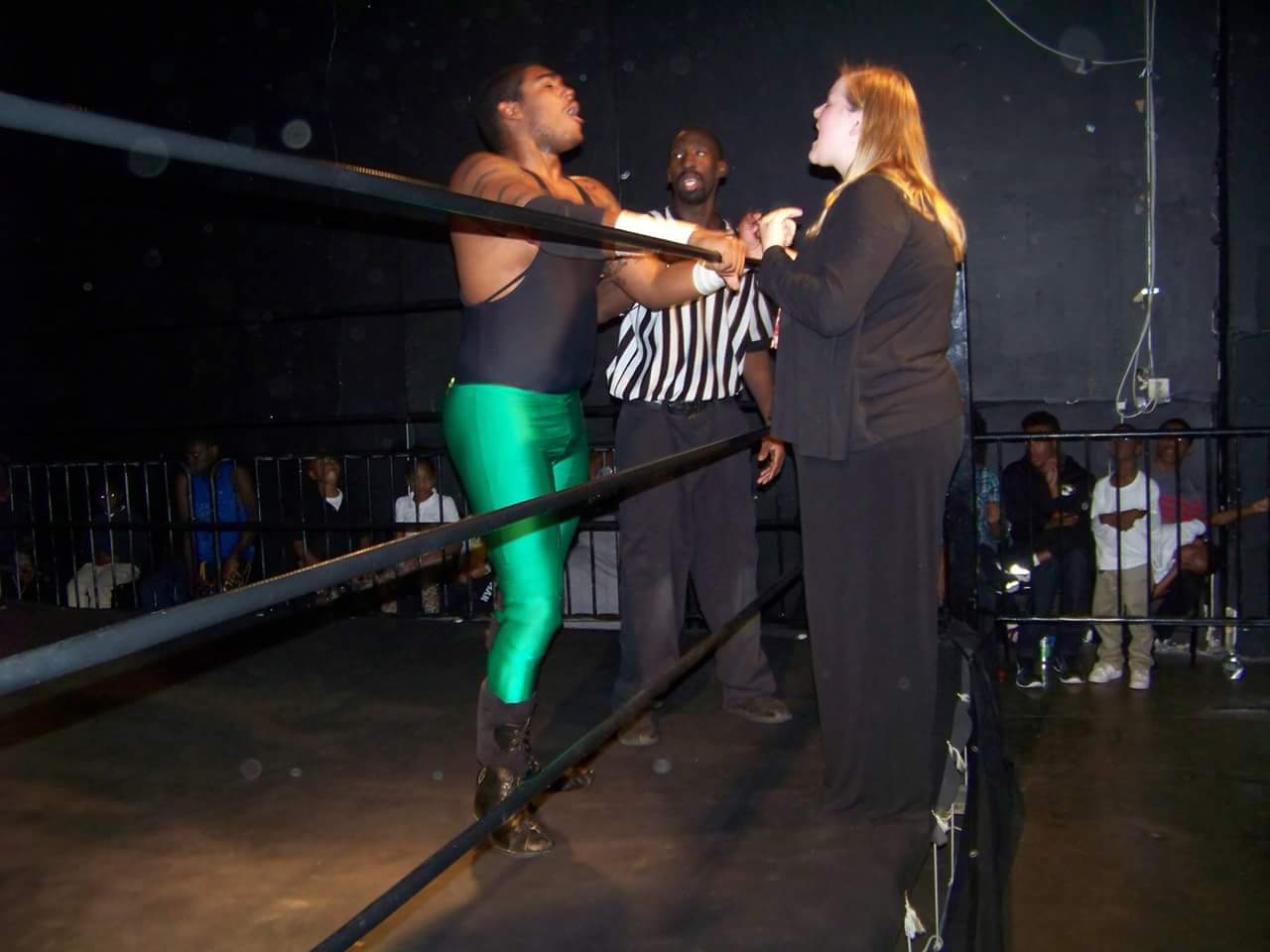 This Friday, October 14th, VCA is proud to bring the fans of the Mid-South the best wrestling action around!

We’re now hearing that Big Tiny accepted Chris Evans and Allen Dalton’s offer in teaming with Tiny at the TGIF event Friday, November 4th, but Terra Rae had something to say about the matter.

Rae informed us that although she did say Tiny could pick his own partners for the eight man tag team match, Rae claims she didn’t want the tag team champions to be an option.

Being that Terra wants to be fair and not go back on her word, Rae says the only way she’d permit for Allen and Chris to team with Tiny is for the two to win qualifying matches this Friday night.

Tickets for this Friday are only $10 for adults and $7 for kids. The address is 3035 Directors Row inside the Directors Plaza II Suite E Memphis, Tn. Bell time is at 8pm.