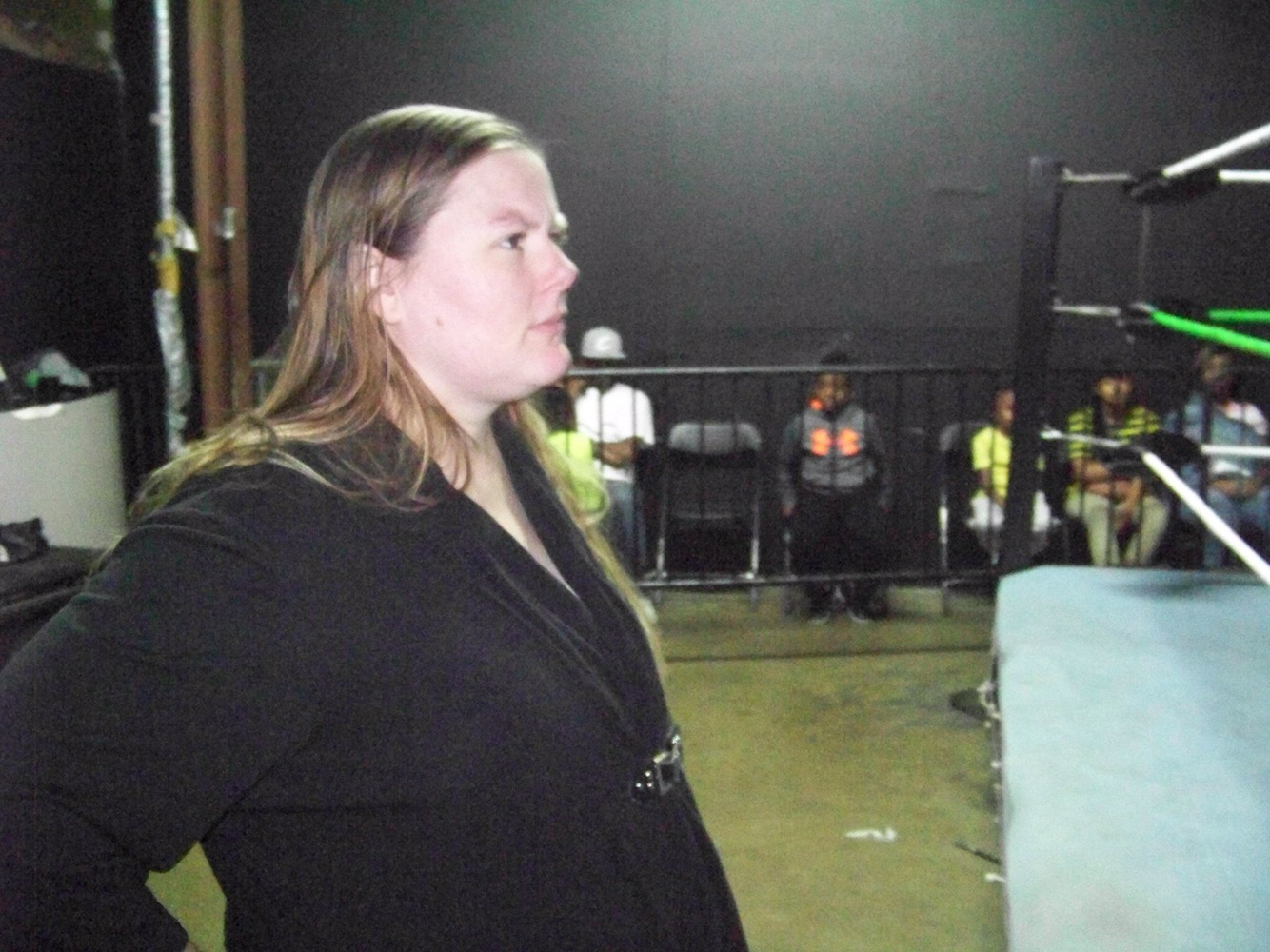 After being criticized for showing favoritism by setting up a match between Johnny Ewing and Spiderman for the VCA heavyweight championship last week, Terra Rae, half owner of the company, insists she’s going to make things right this week.

Rae informed the office this morning that this Friday night she’s making a match between Spiderman and Big Tiny. Terra said Tiny wanted to make it seem as if she was being bias so she’s going to give Tiny the same treatment. Rae added that she hopes Tiny can find the same success Ewing exemplified last week in Ewing’s match with Spiderman.

Terra scheduled this contest after receiving great backlash from the live audience last week who felt as though Terra had given Ewing an easy contest by allowing Ewing to compete against Spiderman for the heavyweight championship. Critics claimed that Terra gave Ewing this spoof of a match to get back at Tiny who had a much difficult contest last week.

Both Ewing and Tiny are set to meet Friday, November 3rd at VCA’s Anniversary event. The heavyweight championship will be on the line in an I Quit match. Tickets are $12 for everyone.