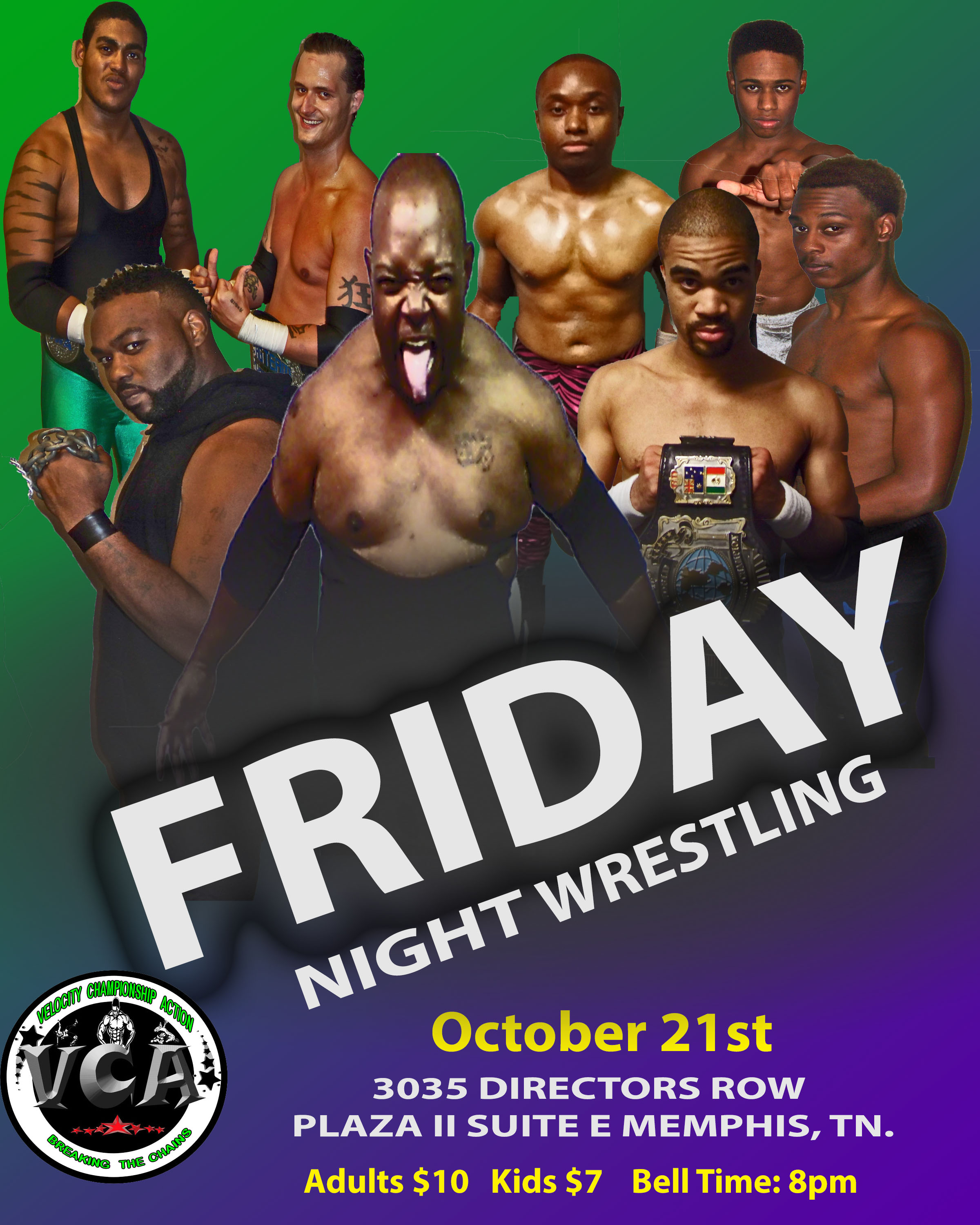 Friday, October 21st at 8pm, VCA is at it again with some of the best wrestling action in the Midsouth. Ticket prices for adults are $10 and for kids $7. The address is 3035 Directors Row inside the Directors Plaza II Suite E Memphis, Tn.

Already signed for this Friday, the VCA Tag Team Champions, Allen Dalton and Chris Evans, will compete in a non title tag team match against Juniorvative champion, Brooks, and Malik. Keep in mind that both teams are part of the 8 man elimination tag team match taking place at the TGIF wrestling event Friday, November 4th.

Also this Friday, Andreas Sanchez will go one on one with Michael “The Radio” Clark in a match that no one will want to miss. Sanchez remains adamant that Clark and Lil T are copy cats of himself. Sanchez claims that the two are nothing more than “Johnny come lately.”

Newcomer and breakout star, Lil T, will compete in singles action against “The Sleeper” Johnny Gilbert. Terra Rae insists that since everyone wants to call her derogatory names when it comes to Lil T, Rae said she’s going to add a special stipulation on this match this Friday night.