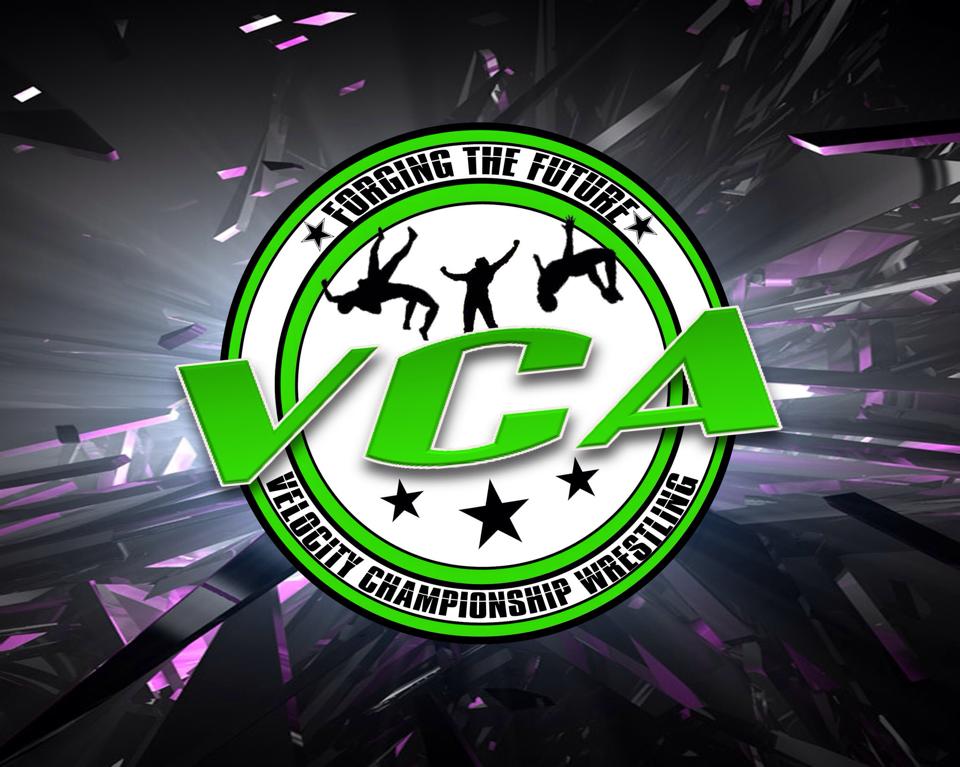 This past Friday night the VCA crew stunned the audience with an action packed night full of energy and excitement!

The night kicked off with Chris Evans who informed the live audience enough was enough and it was time he confronted Terra Rae. Rae arrived in the studio all jittery and blushing only to find out Evans wanted nothing to do with her in or out the ring. Rae took this as Evans attempting to embarrass her so Rae told Evans he’d be facing Xander Raines for the evening.

Xander entered the studio and couldn’t wait to get his hands on Evans for disrespecting his sister and the owner of the company. Raines easily plowed through Evans delivering a diskette clothesline, big elbow, body slam, and a Big Bang. Evans, who wanted to show Raines he wouldn’t be bullied, delivered a Missle Drop-kick and a couple clotheslines of his own. The match took a turn when Raines missed a running Senton crashing to the mat. Evans took advantage of Raines’ mishap and soon applied the Chris Cross. Just as it would seem Evans had the match won, Rae entered the studio. Terra caused a brief distraction but this was enough for Xander to finish Evans off with the Moonshine Hangover getting the win for the evening.

The second match featured Anthony Payne locking it up with Suicide. Payne had much to gain from this match as he had been on a losing streak for months. Suicide, the innovator or moves, showed Payne it wasn’t going to be an easy night as he attacked Payne with crazed move after move. In the end, it was all Payne who scored with a surprise Ice Breaker getting the win for evening.

Next, the fans witnessed Malik going one on one with Big Tiny with Terra Rae accompanying Tiny to the ring. Malik battled the colossal monster with kick after kick, but Tiny was just too powerful for the lightweight. A single elbow kept Malik down and out for the majority of the contest. Tiny became a little too confident allowing himself room for error. Malik blasted Tiny with the Lights Out, but the move only dazed the Chi town alumni. Malik prepared to deliver another, but Terra decided she’d be the difference maker by nailing Malik in the head with a shoe. Just as Rae was about to do so, Evans returned to the ring and snatched the shoe. Evans was soon thrown in the ring by Tiny and the referee had no choice but to disqualify Malik for Evans involvement. Tiny tried reentering the ring but Rae told Tiny not to because Evans day was soon coming.

The main event of the evening was a tag match between Brooks and Syn and Kaptain Justice and Allen Dalton. Before the match could start, Brooks informed Dalton that Rae had already booked a match between the two Friday, September 4th. Not only will it be for the Juniorvative championship, but Brooks said it’ll be a submission match. A submission match pretty much means the match favors Brooks.

Throughout the match, Brooks and Syn specifically focused on Dalton keeping Dalton isolated from the heavyweight champion. When Dalton finally got the tag to Justice, it was hell to pay. Justice entered the ring erupting from one side of the ring to the other tossing Syn and Brooks all around the ring. Justice tried keeping up at a moderate pace, but the Sinister One caught Justice slipping. Syn nailed Justice with a Super-kick and followed it up with a Curb Stomp making sure Justice wouldn’t make it back to his feet. Syn got the win for his team!

After the match, Xander returned to the studio and loudly announced the champion was once again left laying on his ass. Raines sarcastically clapped and told everyone that’s the VCA heavyweight champion.

Join us this Friday for another night of great action. Payne will go one on one with Brooks in singles action and these two still hate one another. Evans, who refuses to give in to Terra Rae’s antics, will be taking on Raines in what Evans is calling a redemption match. In a non-title triple threat match, Dalton takes on Syn and Suicide. Also, in another non-title triple threat match Justice will battle Malik and Big Tiny.