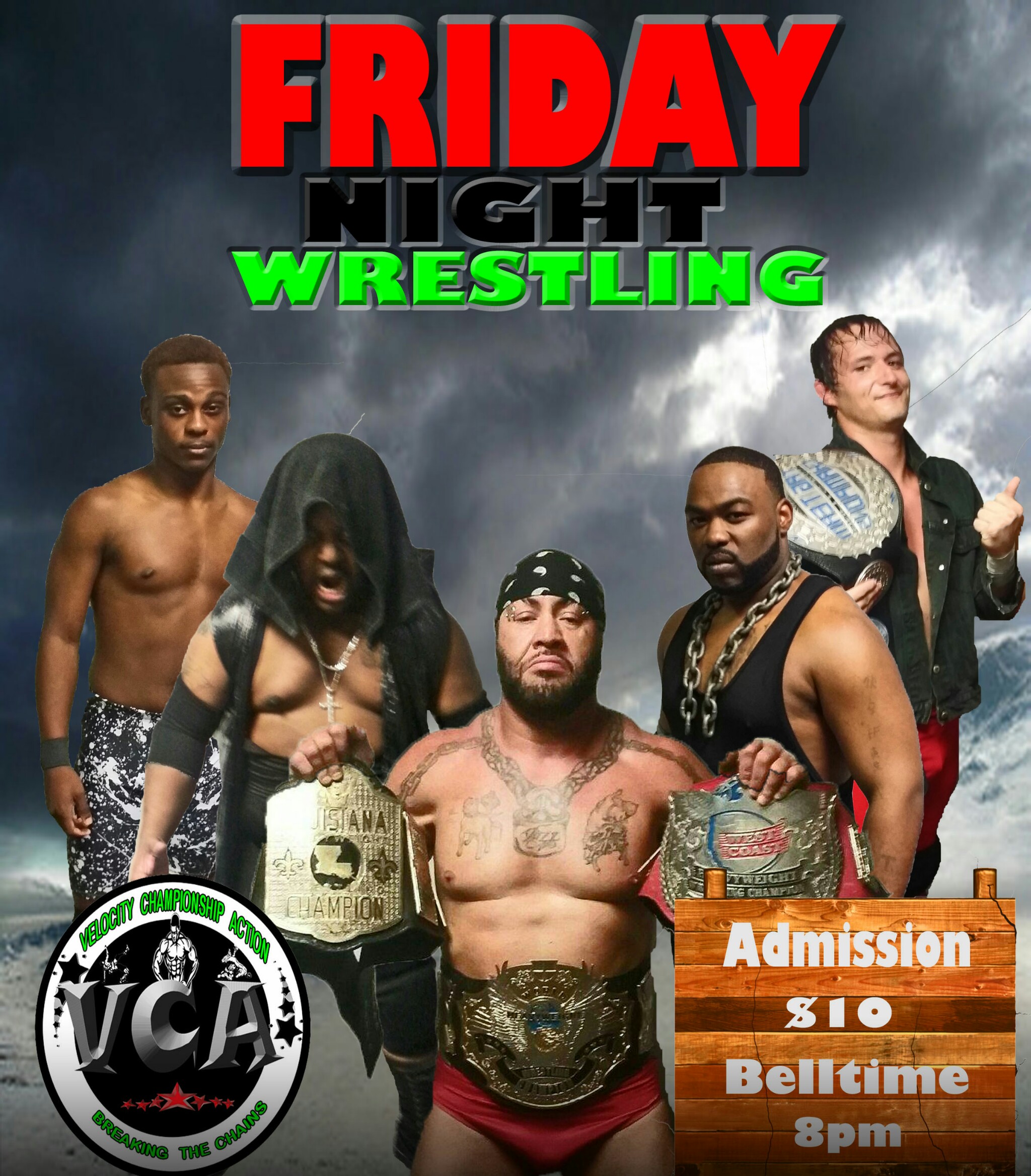 If you’re in the mood for the best wrestling action in Memphis, Tn. then VCA is the place to be this Friday night at 8pm.

Everyone almost witnessed the break down of the VCA Tag Team Champions, the BrotherHood, weeks ago as Allen Dalton accused Chris Evans of being selfish and inconsiderate.

This came after Evans accepted a match on he and Dalton’s behalf to compete in a non-title tag team match against Juniorvative champion, Brooks, and his partner Malik. A stipulation was placed on the match stating that if Evans and Dalton did not win they’d put their tag team titles on the line against Malik and Brooks at Halloween Massacre Sunday, October 2nd. Well, Evans and Dalton loss which means that Dalton will not only put his title on the line, but Dalton will also compete against Rodney Mack for the VCA heavyweight championship. If Dalton doesn’t win the heavyweight championship match, Terra Rae stated Dalton will be fired!

Feeling guilty about forcing his partner into two matches at Massacre, Chris stated this Friday he will take on Rodney Mack in singles action. Evans stated it isn’t just about him feeling guilty, but Evans insists that he doesn’t like what Rodney Mack did this past Friday. This will be a Main Event that no one will want to miss!

Also, Xander Raines will get an opportunity to compete in singles action against Johnny “The Sleeper” Gilbert who happens to be the person responsible in aiding Daniel Miraculous in rupturing the eye of Raines. Although Gilbert isn’t Daniel, we’re sure that Xander will enjoy getting a piece of Gilbert!

After losing due to being cheated last week, Dalton said he wants Daniel Miraculous once more this Friday, but this time Rae has added Jake to the equation making it a triple threat match.

Also scheduled to appear, Terra Rae, Spider-Man, and more! Join us this Friday night at 8pm. All tickets are $10.