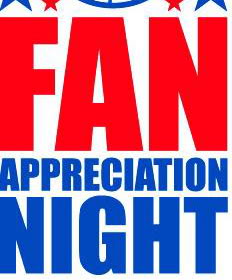 Next Friday night VCA welcomes everyone to its special Fan’s Appreciation Night where all tickets are only $3.

Already signed for the event, VCA Tag Team Champions, The BrotherHood, take on Daniel Miraculous and Johnny “The Sleeper” Gilbert in a non-title tag team contest.

Gilbert and Miraculous wanted retribution after suffering a loss to the tag champions weeks ago so this would be the perfect opportunity for the duo to redeem themselves.

Also, Andreas Sanchez will go one on one with newcomer Michael “The Radio” Clark. Clark stated after Sanchez turned on him and Lil T weeks ago he can’t wait to make Sanchez pay for the deed. Clark added that he’s been waiting to get his hands on Sanchez every since Sanchez’s shocking turn weeks ago.

A first time meeting, the psychotic Jake will compete in singles action against the latest fan favorite, Lil T.

T revealed this will be a great way to prepare for Sanchez that Sunday, but T doesn’t realize he’s in for one of the biggest fights of his young career. Jake has been known for bullying newcomers.

Remember, tickets for adults and kids are only $3. The address is 3035 Directors Row inside the Directors Plaza II Suite E Memphis, Tn. Bell time is 8pm.

Also, this Friday get your advanced Halloween Massacre tickets for only $15. Regular ticket prices are $20. Bell time is at 6pm.