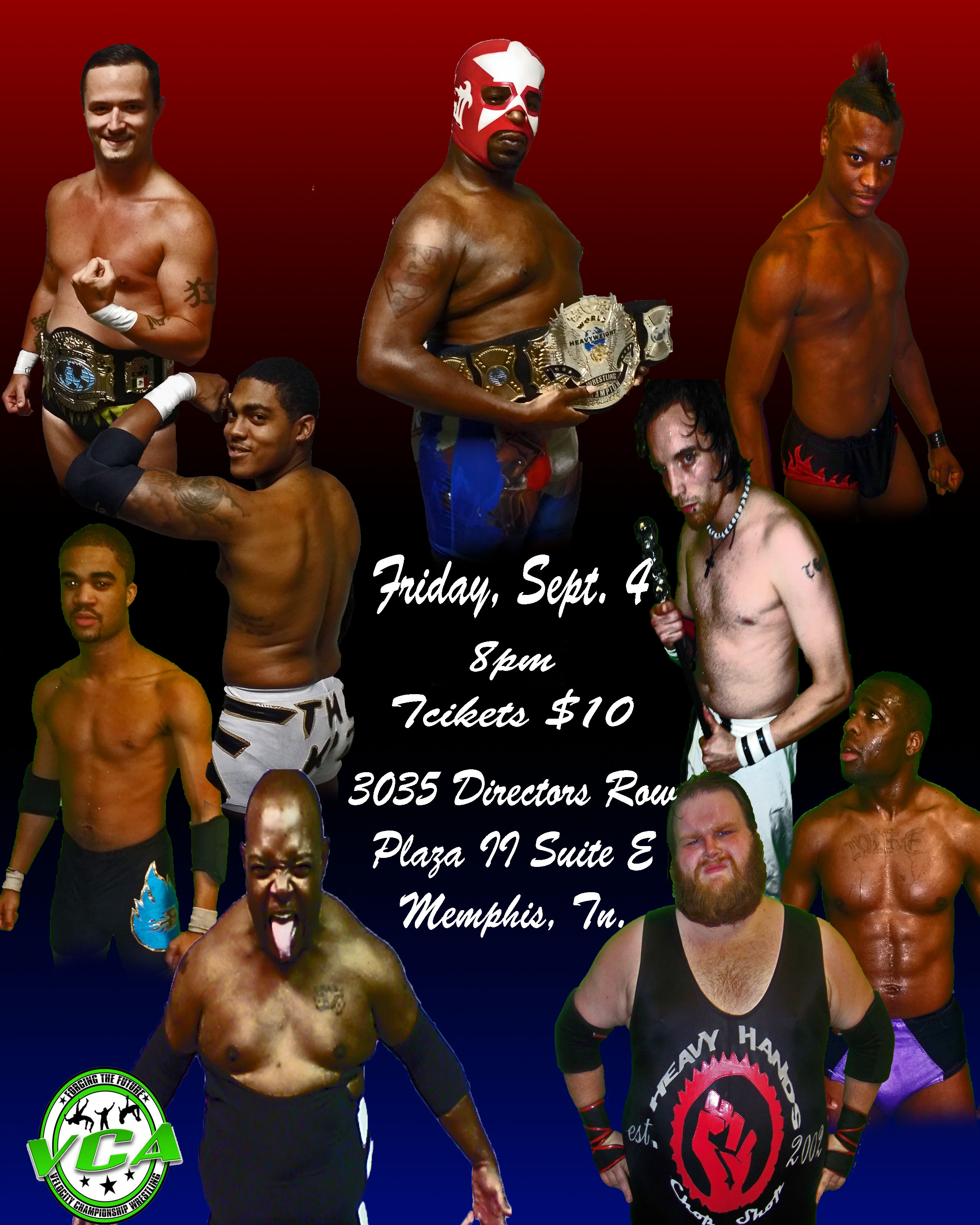 This Friday night the VCA fans will see great action and non-stop action. From the beginning match to the main event, fans of all wrestling styles will be treated to an evening of excitement.

Also this Friday night, Allen Dalton defends his Juniorvative championship against Brooks. Brooks, who has an impressive resume, has beaten the best including one half of the current tag team champions TNA Impact Wrestling’s Davey Richards. Dalton said he isn’t intimidated by Brooks and won’t go down without a fight. Dalton said this Friday he’s going to make Brooks tap numerous times and even make Brooks tap to the Sharpshooter. Rumor has it Brooks isn’t the only one that has a problem with Dalton but we’ll find out more soon.

Mike Cobb makes his return to the VCA studio, but there won’t be a red carpet laid out. Cobb’s opponent, Syn, claims he’s isn’t impressed with Cobb or Cobb’s so called ability. Syn insists he’s the best in the area and that’s all that matters. This past Friday Syn showed the VCA fans he was more than ready for Cobb by defeating his brother Suicide in an electrifying contest. Syn cut a promo this past week saying after Friday everyone will know he’s better than Cobb.

Another match booked for Friday is the Triple Threat Match between Malik, Big Tiny, and Anthony Payne. Terra Rae booked this match claiming she wanted to show everyone just how dominate Tiny can be by allowing him to plow through Malik and Payne at the same time. Malik said if he and Payne could work together during the contest there’s a possibility they can dethrone the monster, but Payne said Malik is on his own. Payne said he’s going to suplex both Malik and Tiny and win the match with an Ice Breaker.

This Friday join the VCA stars as they once again showcase who’s the best. For the first time an outsider, Nick Lowe, could walk out VCA heavyweight champion by defeating Kaptain Justice? Will Dalton make Brooks submit to the Sharpshooter or will Dalton be another victim to Brooks Sharpshooter? Who’s better, Mike Cobb or Syn? Will this be the last time the VCA fans witness Chris Evans in a VCA ring? Can Payne German Suplex Tiny? Find out this Friday at 8pm. Tickets on sale now for only $10. 3035 Directors Row inside the Directors Plaza II Suite E Memphis, TN.