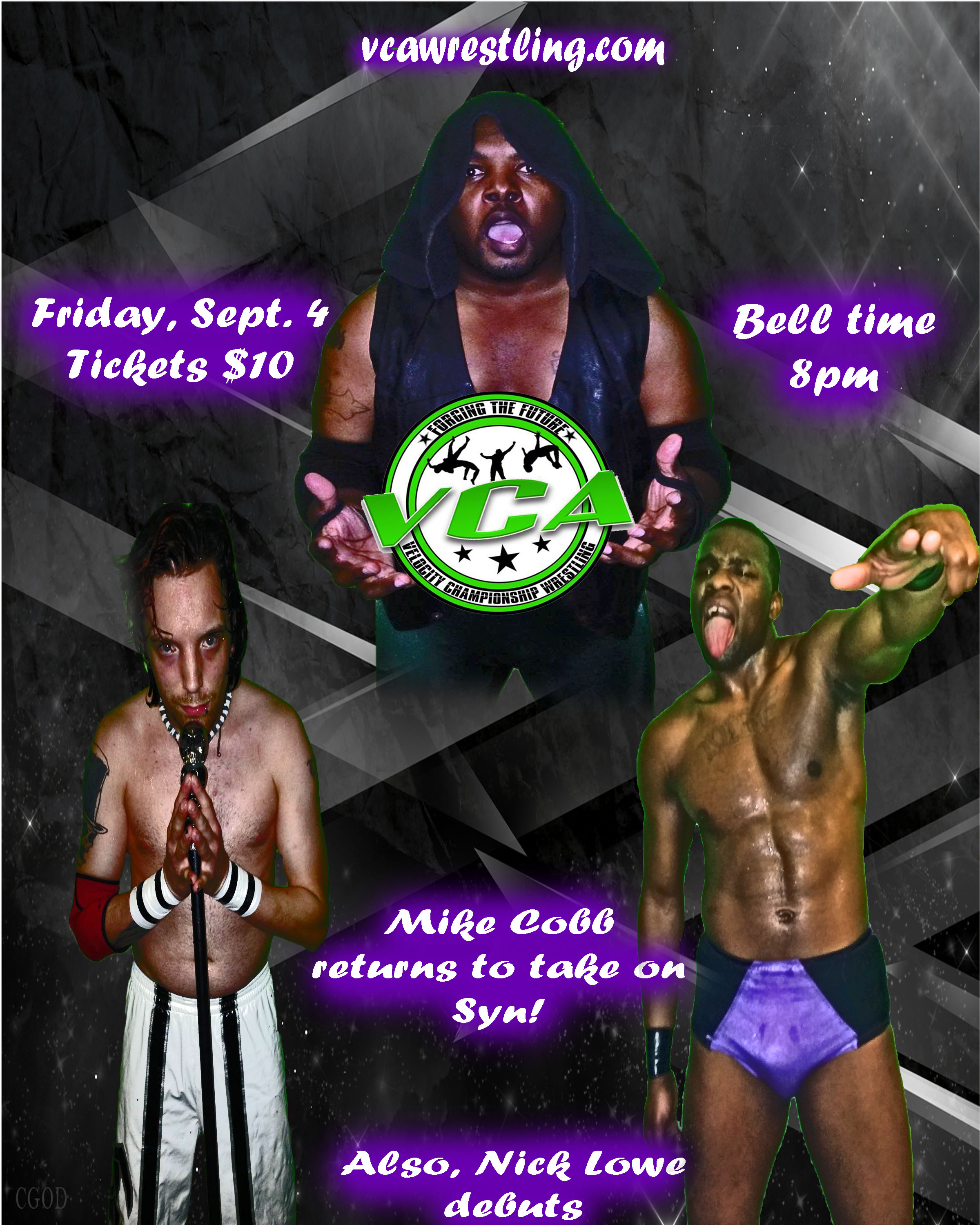 Ladies and gentlemen, the stage has been set and Friday, September 4th the VCA heavyweight champion, Kaptain Justice, will go one on one against a debuting Nick Lowe. We don’t know much about Lowe, but we do know he’s a big guy with a bad attitude. This comes weeks after finding out Justice is to defend his championship against Xander Raines. We’re not certain on what’s going on, but many can speculate Terra Rae has her name all over it. If Justice can get by Lowe, Justice will defend the heavyweight championship against Raines at Halloween Massacre Friday, October 9th.

Also, we just learned No Limits Mike Cobb will be returning to the VCA studio to take on Syn Friday, September 4th. Syn said he doesn’t see why everyone’s so big on Cobb. Syn claims he’s going to expose Cobb for the true man he really is. We’re not certain on what Syn means by this, but with Syn that could mean anything. We’re certain these two will give a show like no other.

Then, Xander Raines will go one on one with Chris Evans. This match is more than likely going to be one of Rae’s favorite matches which explains why she booked it. Evans commented and said he’s ready for whatever Rae throws his way. Evans said it’s going to take a lot more to keep him down. Well, with Raines he’s definitely getting a lot more!

Another great match taking place that night will be the Juniorvative champion, Allen Dalton, defending his championship against former champion Brooks. Brooks said this past Friday now that the bull is out the way he can get back to what matters and that’s becoming Juniorvative champion. Brooks claims Dalton will suffer the same fate as Anthony Payne and that’s being beaten in the center of the ring.

An exciting triple threat match for the fans will feature Malik, Payne, and Big Tiny. No one knows who the victor of this contest will be, but one can’t help but to think it’s going to be a big competitor.

This all goes down Friday, September 4th at 8pm. Tickets on sale now and all tickets are only $10. The VCA studio is located at 3035 Directors Row inside the Directors Plaza II Suite E Memphis, TN.