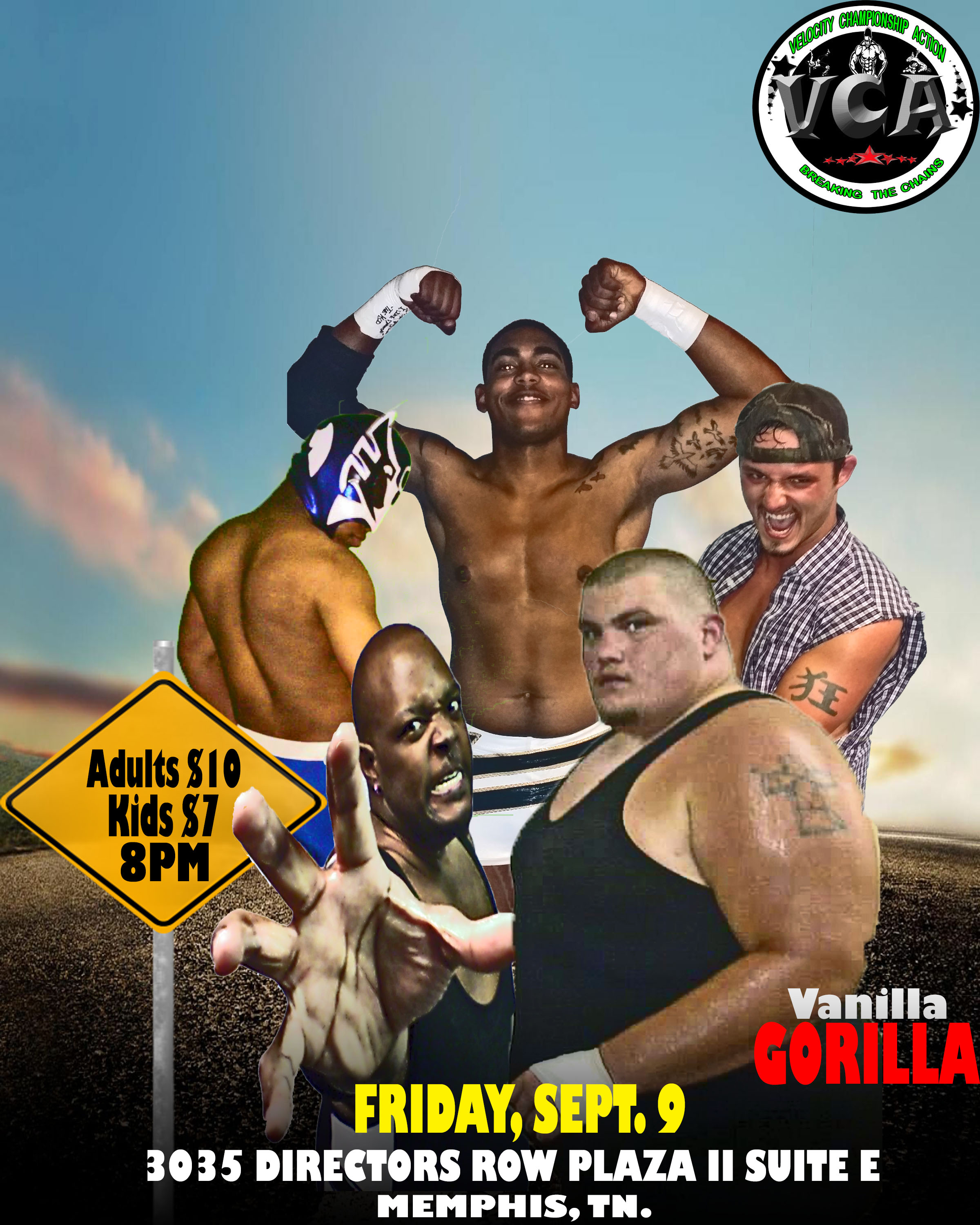 This Friday, September 9th, VCA fans are in for a treat as VCA prepares to travel down the road to Halloween Massacre!

Halloween Massacre will take place Sunday, October 2nd and headlining the event is one half of the VCA Tag Team Champions, Allen Dalton, and VCA Heavyweight Champion, Rodney Mack. If Dalton doesn’t win, Terra Rae informed Dalton that he will be fired!

Tickets for Halloween Massacre are $20 for adults at the door and $10 for kids at the door. Advanced adult tickets are $15, but there will only be 10 sold. Kid tickets will remain $10.

But, this Friday Terra Rae said she’s got a special match for Big Tiny since he wanted to attack her last week. Rae stated this Friday she’s bringing in the 6 foot 6 inch over four hundred pound Vanilla Gorilla in to take Tiny out! Rae said everyone including Tiny will see whose got the last laugh.

Also, Johnny “The Sleeper” Gilbert and Daniel Miraculous will team to try and get things back on track after losing to Dalton and Chris Evans last week. Gilbert and Daniel will take on the team of Xander Raines and Michael “The Radio” Clark.

Then, the tag team champions will compete in a non title match against the men they originally defeated for the titles, Malik and the Juniorvative champion, Brooks!

Next, after Andreas Sanchez brutally attacked Lil T last week, the two have been booked in a match against one another this Friday night!

Join the VCA cast this Friday night at 8pm. Adult tickets are $10 and kid tickets are $7. The location is 3035 Directors Row inside the Directors Plaza II Suite E Memphis, Tn.