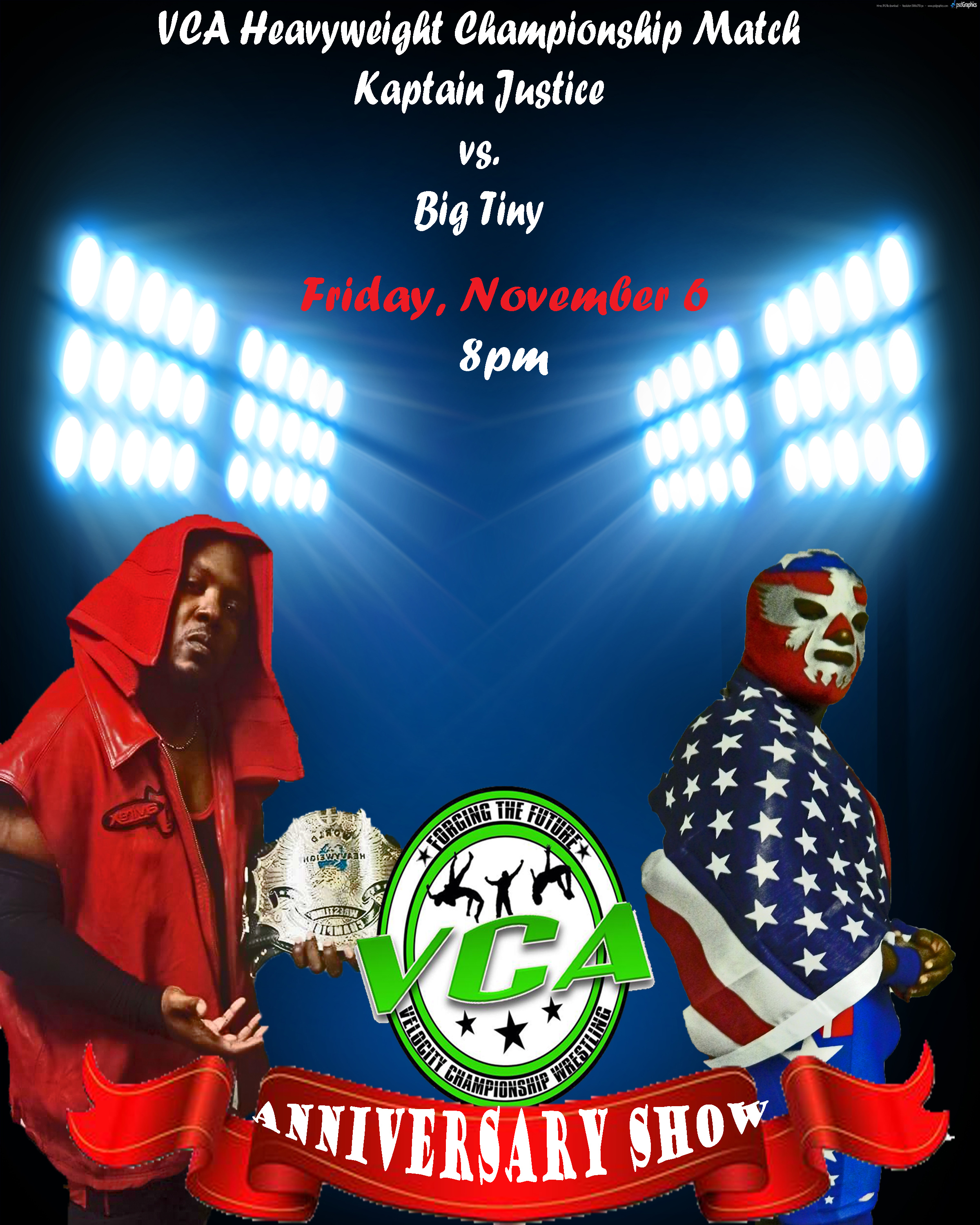 The main attraction at the anniversary show is that for the heavyweight championship between Big Tiny and Kaptain Justice. As learned, the winner of the contest will go on to take on the new number one contender Allen Dalton.

Justice had waited a long time for this rematch, but in the end Terra Rae had no choice but to answer to Justice’s request. Rae might be the boss, but Rae can’t change the rules of the rule book. Terra claimed she didn’t want to give Justice a rematch, but even Rae knew it was out of her hands. Rae said she’s totally confident that Big Tiny will retain his championship and that’s why she will not be at ringside for this bout.

Tiny informed viewers that this Friday he will beat Justice’s red, white, and blue ass. Tiny insists that the heavyweight championship will stay right where it is and that’s around his waist.

Terra said to up the stakes this Friday night she may even through a curb ball just to show everyone that Tiny is the real deal and exactly what he say he is. Rae said she hear things and she’s coherent with everything surrounding her and her company.