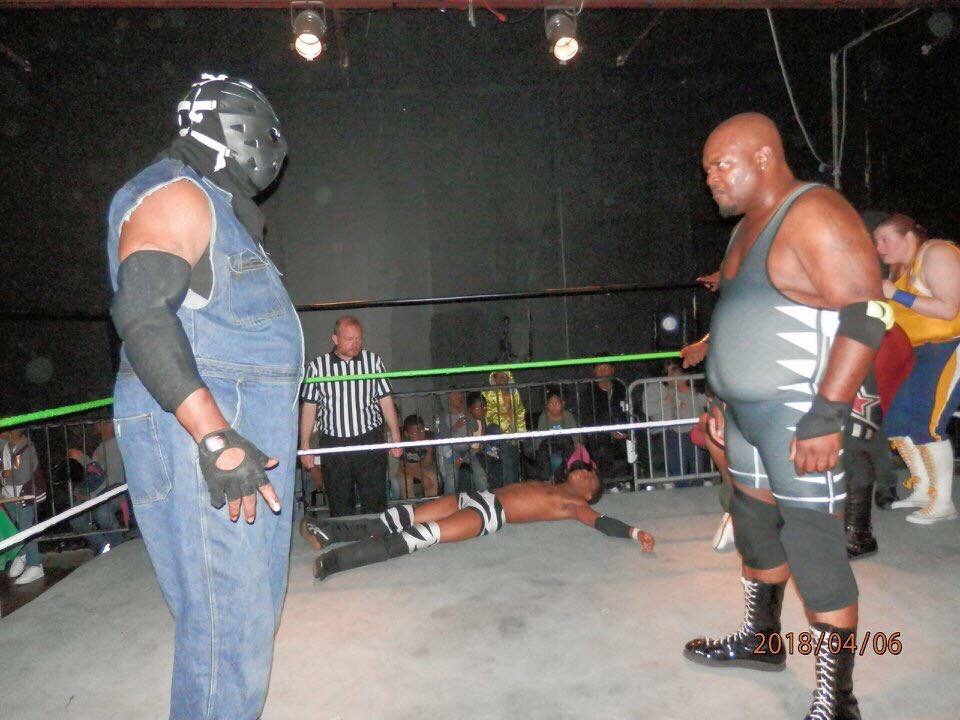 After over a month of investigation, the VCA Board has finally granted VCA co-owner, Terra Rae, permission to proceed with her stipulated contest involving Big Tiny at the Velocity Clash III Sunday, May 6th.

The investigation in question involves an incident that took place one evening after VCA’s weekly Friday night event. The incident involved Tiny and a few riders of Tiny that won’t be named due to legal reasons.

Terra Rae, who witnessed the entire incident, went to the Board and informed the Board of everything that had taken place that evening. Rae claims a person of Tiny’s statue should never behave in a manner such as the one Tiny behaved in that evening. Rae claimed Tiny’s actions not only placed Tiny in harms way, but Terra says the incident also placed half of the roster and the company in an uncompromising position.

The Board listened to Rae’s proposition, but wouldn’t act on it until an investigation took place. Now that the investigation is complete, the Board has given Terra what she requested at the Velocity Clash III. To be fair, the Board has agreed to allow Tiny an opportunity to redeem himself for what took place over a month ago.

Sunday, May 6th at the Velocity Clash III, Tiny will go one on one with Armageddon. If Tiny successfully defeats Armageddon, Tiny will be forgiven and only fined by the Board. But, if Tiny isn’t successful, Tiny will no longer be co-owner of the company as Terra will obtain full ownership. These were terms agreed upon by Terra Rae and the Board.

Join the VCA stars this Friday night at 8pm to see Tiny’s reaction to the entire deal. Tickets for adults and kids are only $10. The address is 3035 Directors Row inside the Directors Plaza II Suite E Memphis, TN.