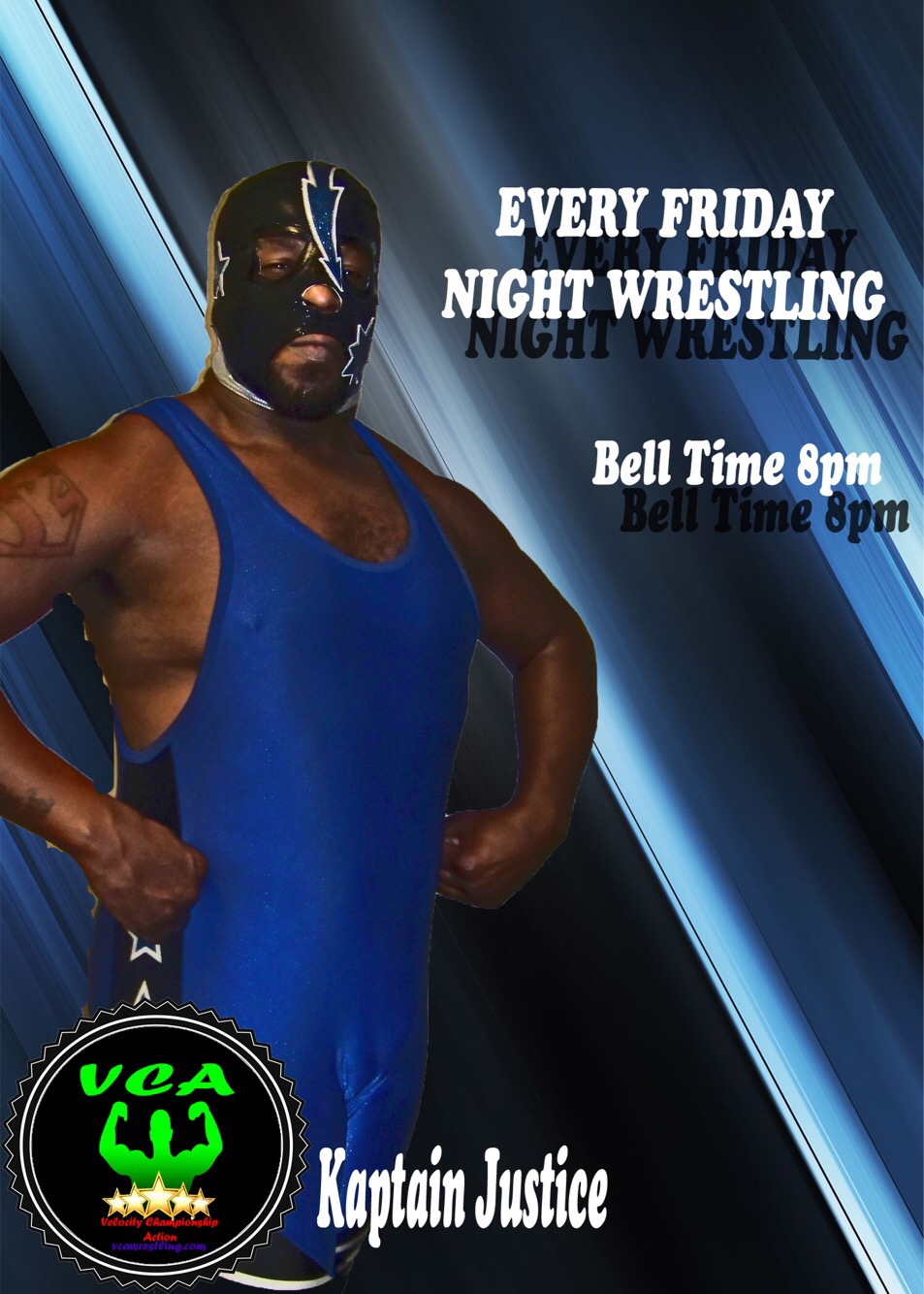 As everyone know by now, this past Friday night Johnny Ewing interrupted Kaptain Justice’s match with Malik sending the match into a disqualification.

Ewing assualted the former champion claiming that Justice only won the tag match against Daniel Miraculous and Chris Evans weeks ago because he wasn’t in the contest. Ewing told Justice that Justice may have forgotten about him, but Ewing said he sure in hell didn’t forget about Justice.

As of now, Justice has yet to respond to Ewing’s challenge, but Big Tiny confirmed that he’s given Justice interview time this Friday night so everyone will find out Justice’s answer Friday night.

Join the stars of VCA this Friday night at 8pm. Tickets for the event is only $10. The address is 3035 Directors Row inside the Directors Plaza II Suite E Memphis, TN.