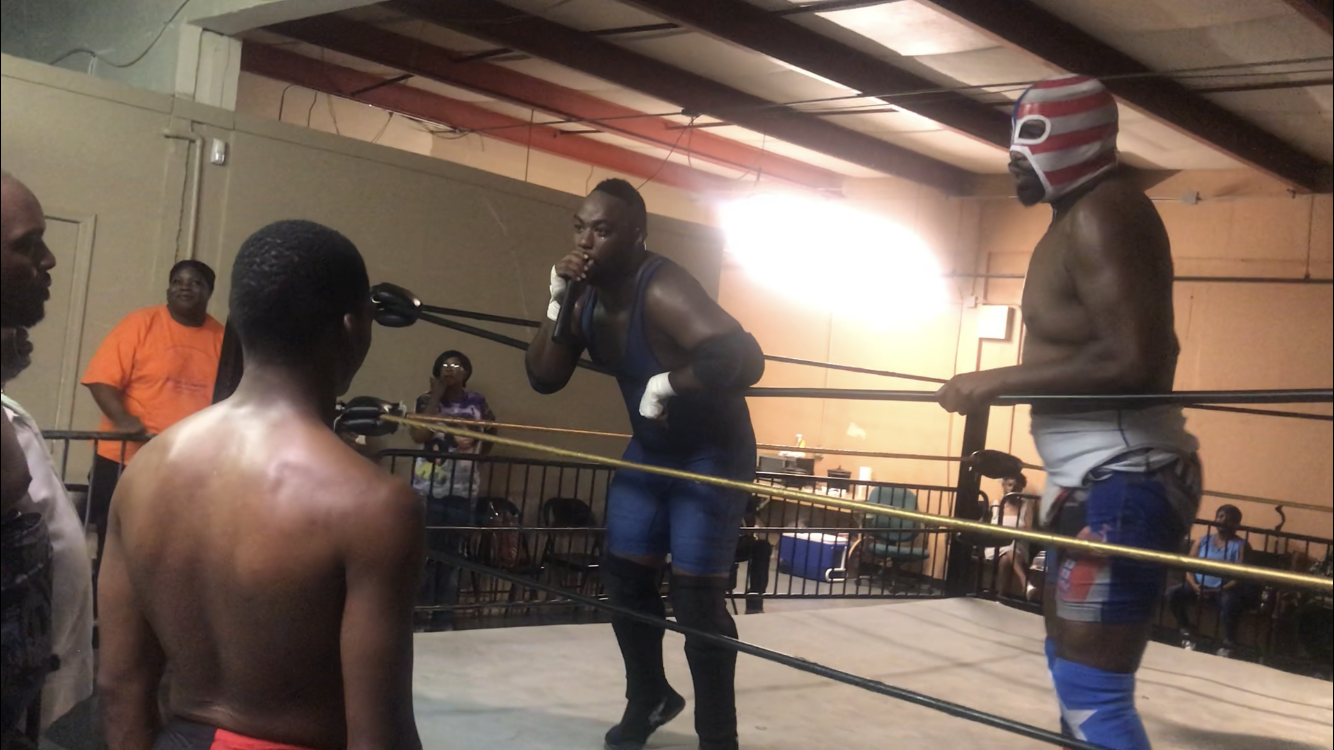 Recently, it was said that Justice wouldn’t be able to compete in the tag contest as the former junior champion, Q, superkicked Justice kicking Justice directly in the throat. The severe kick was so deadly that it caused Justice to seek medical attention later that evening ending with Justice being rushed to the emergency room. It was said that Justice regurgitated blood throughout the night.

Luckily, the kick wasn’t a serious as believed as Justice walked out with minor injuries. Justice was able to make a speedy recovery forcing Tiny and Q to abandon their plan of taking the Memphis Cowboy out in a handicap contest at Halloween Massacre. Justice and Ewing have united and stated they’re going to make sure justice is served October 5th in their tag team bout.

After they defeat Tiny and Q at Halloween Massacre, Ewing and Justice said they’re looking to challenge the VCA tag team champions, the Greatest Show on Earth, for an opportunity of becoming tag team champions. If the two can secure a win, this will be Justice and Ewing’s first tag team championship run as a team.

Halloween Massacre takes place Saturday, October 5th at 8pm. Advanced tickets for everyone is only $10. If paying at the door, adult tickets are $15 & kid tickets are $12. The address is 4275 Winchester Rd. Suite 3594 Memphis, TN. Also, join the VCA stars this Friday night at 8pm where advanced tickets will be available.