Longevity of the VCA champions…. 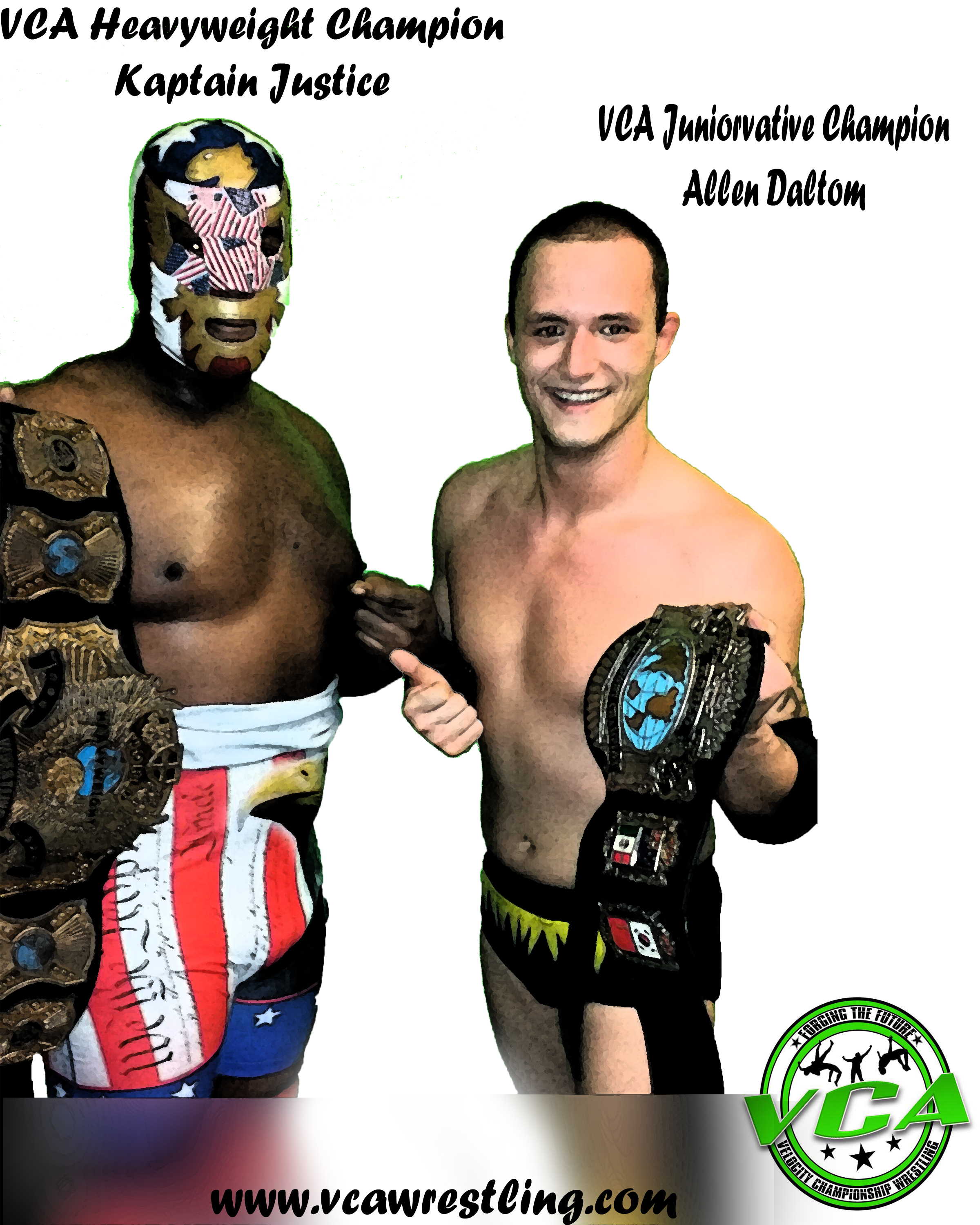 One great thing about a company is there’s always a great leader. The leader of the company leads by example and will do whatever he or she can in making sure the company stays afloat. In VCA, the VCA superstars, Allen Dalton and Kaptain Justice, have shown just that as they’ve been VCA champions for over five months. No one knows this more than the VCA junior champion Dalton.

Allen became junior champion after successfully defeating Brooks. Brooks claims the defeat was only legitimate because Dalton had outside help from newcomer Chris Evans, but Dalton says he won because he was the better man that night. Is Brooks correct on what he said or is Dalton the truthful one? Depending on who you ask, different people have different philosophies on the two theories, but what we do know is that the two will meet Friday, September 4th.

Dalton said he’d do whatever is takes in keeping his championship around his waist, but one can’t help to think the end could be near for the five month reigning champion. Dalton has an impressive resume as champion defeating top VCA stars like Syn and Malik, but his competitor, Brooks, is no stranger to superstar status.

Also holding on to his championship for five months is the VCA heavyweight champion Kaptain Justice. For five months Justice has taken on all comers defeating Xander Raines, Big Tiny, Malik, Syn, Floki, Payne, Jake, Cymba, and Brooks. The only VCA superstar Justice hasn’t defeated is Chris Evans who he has yet to meet in singles competition. Justice has the most impressive streak in the company, but is the champion running out of gas? How much longer can the champion keep up at this level?

Justice will be defending his championship against the debuting Nick Lowe Friday, September 4th. Lowe, the impressive over 275lbs giant, plans on squashing Justice and capturing the VCA heavyweight championship.  Justice initial opponent was said to be Xander Raines, but for some unknown reason Terra Rae has given Lowe the next title shot and placed Raines title shot on ice for the moment. If Justice can survive Lowe, Terra said Justice will go on to defend his championship against Xander Raines at Halloween Massacre Friday, October 9th.

The odds are definitely stacked against both champions and for the first time both championships are in jeopardy. The question is can Dalton and Justice hold their championships a little longer surpassing their five month run? This question will be answered Friday, September 4th, but first the two must continue to survive the weekly shows. Join the VCA stars this Friday at 3035 Directors Row inside the Directors Plaza II Suite E Memphis, Tn. Bell time 8pm. Adults only $10 & kids $5.