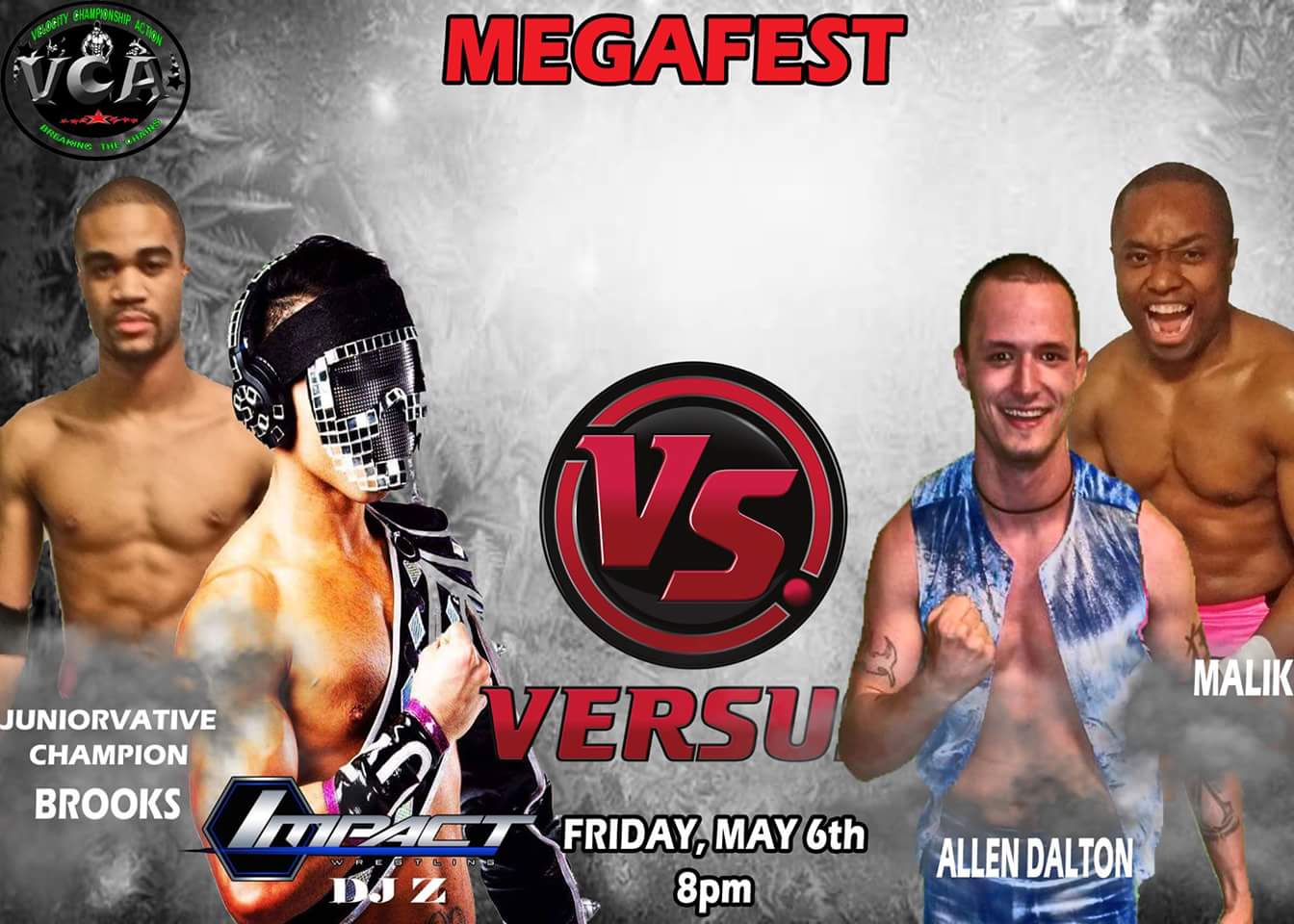 MegaFest goes down tonight at 8pm and advanced tickets are completely sold out! Tickets at the door are $25 for adults and $10 for kids. The event takes place at the VCA studio in Memphis, Tn. 3035 Directors Row inside the Directors Plaza II Suite E.

Ion stated he’s ready to team with “his G” Brooks tonight for an event people will never forget and be talking about for a very long time.

The Juniorvative champion, Brooks, said there’s no way Malik nor Allen Dalton can defeat he and Ion because Malik and Dalton can’t get along.

The question remains, Can Malik and Dalton get along tonight in an effort to defeat DJ Z and Brooks?

Also, many are still questioning who tried to run Dalton down a month ago in the VCA studio parking lot.