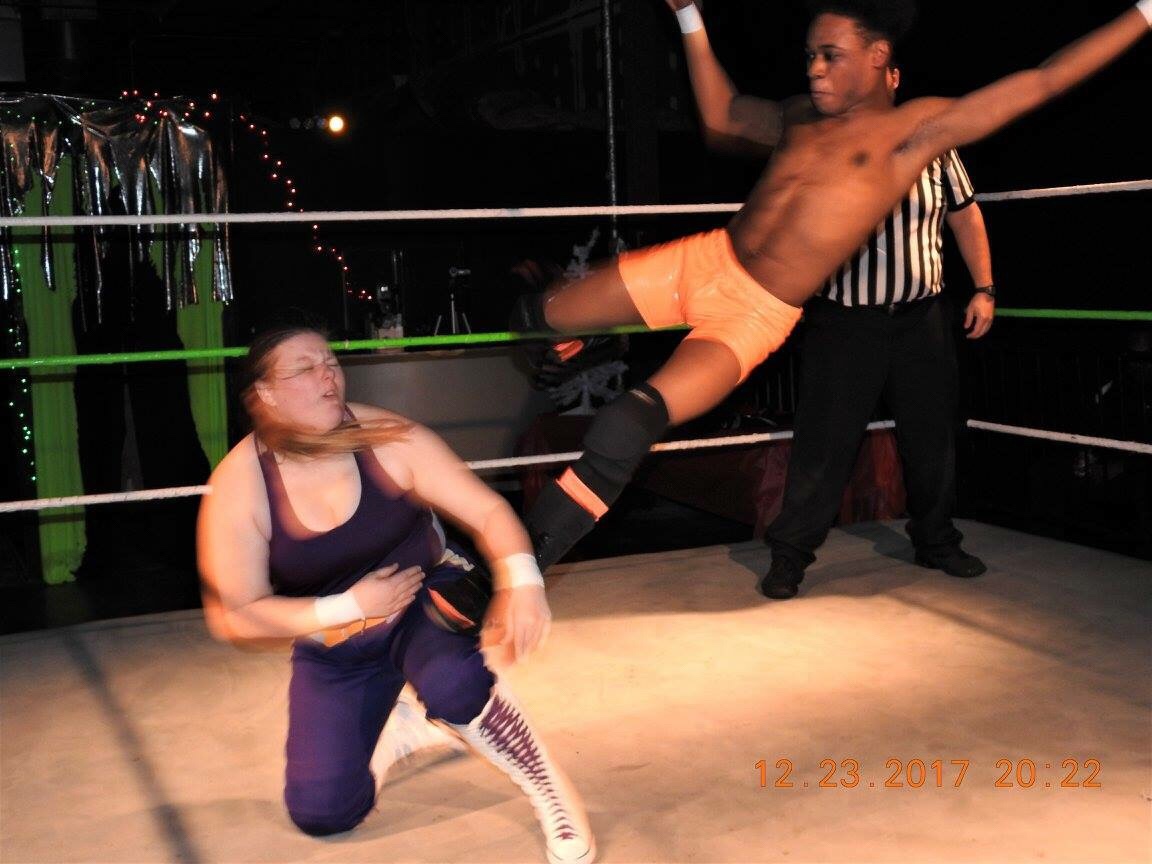 Newcomer, Michael “The Radio” Clark, has been on fire lately and has become one of the top fan favorites of the company with his innovative style and technique. There’s no wonder why the loved wrestler was nominated for the 2017 Wrestler of the Year. Although Mike didn’t win Wrestler of the Year award, Clark’s in ring ability makes Clark a winner.

Not only did Clark win two awards the night of the Charlie Awards, but Mike silenced and defeated co-owner of the company, Terra Rae, to regain his Juniorvative championship. With all this success occurring for Clark, one can’t help to wonder when Clark’s luck will run out.

Saturday, January 6th at VCA’s Velocity Clash, Clark will defend his Juniorvative championship in a triple threat match against Terra Rae and Daniel Miraculous. This means double the trouble for Clark, but don’t count out Clark just yet because we’ve seen Clark battle his way through what seemed to be impossible tasks numerous times before.

VCA’s Velocity Clash takes place Saturday, January 6th at 7:30pm. Tickets for the event is $8 for everyone! Tiny has once again lowered the price claiming that he’s making the event affordable for everyone. Friday, the night before on the 5th of January, Tiny has lowered those prices to $5 as well. Bell time for the 5th event is at the normal time, 8:00pm.