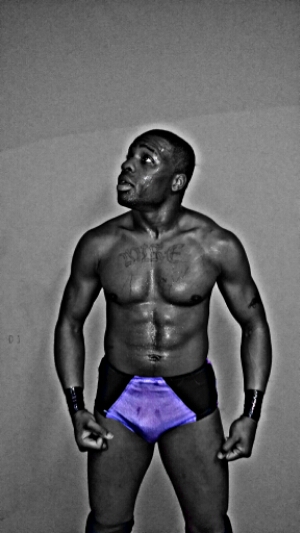 Andres Sanchez claimed that at Broken Hearts he would teach Mike Cobb a lesson or two about trying to come in his come and take something, but from what everyone witnessed something totally different occured. No one can deny Sanchez’s ability as he took it to Cobb, but the reality part is that it wasn’t enough to put Cobb away. Sanchez blasted Cobb with a serious of moves, but Cobb just wouldn’t stay down. Cobb fought back by decking Sanchez with multiple forearm shots making them sound off throughout the studio. Fans cringed and clinged to their seats watching the two fly back and forward around the ring not knowing what they’d pull off next. Sanchez, who had grown tired of Cobb, finally seen a way out and scored with his Pay Dirt finisher. Sanchez probably could’ve won the contest and headed out to the pay window, but Sanchez decided to poke fun at the fans letting them know how great he was. This mistake would turn out to be a fatal mistake as Cobb put Sanchez away with his finisher winning the contest for the evening. This just wasn’t Andres Sanchez’s night.