Fresh Prince of Memphis vs. Tank 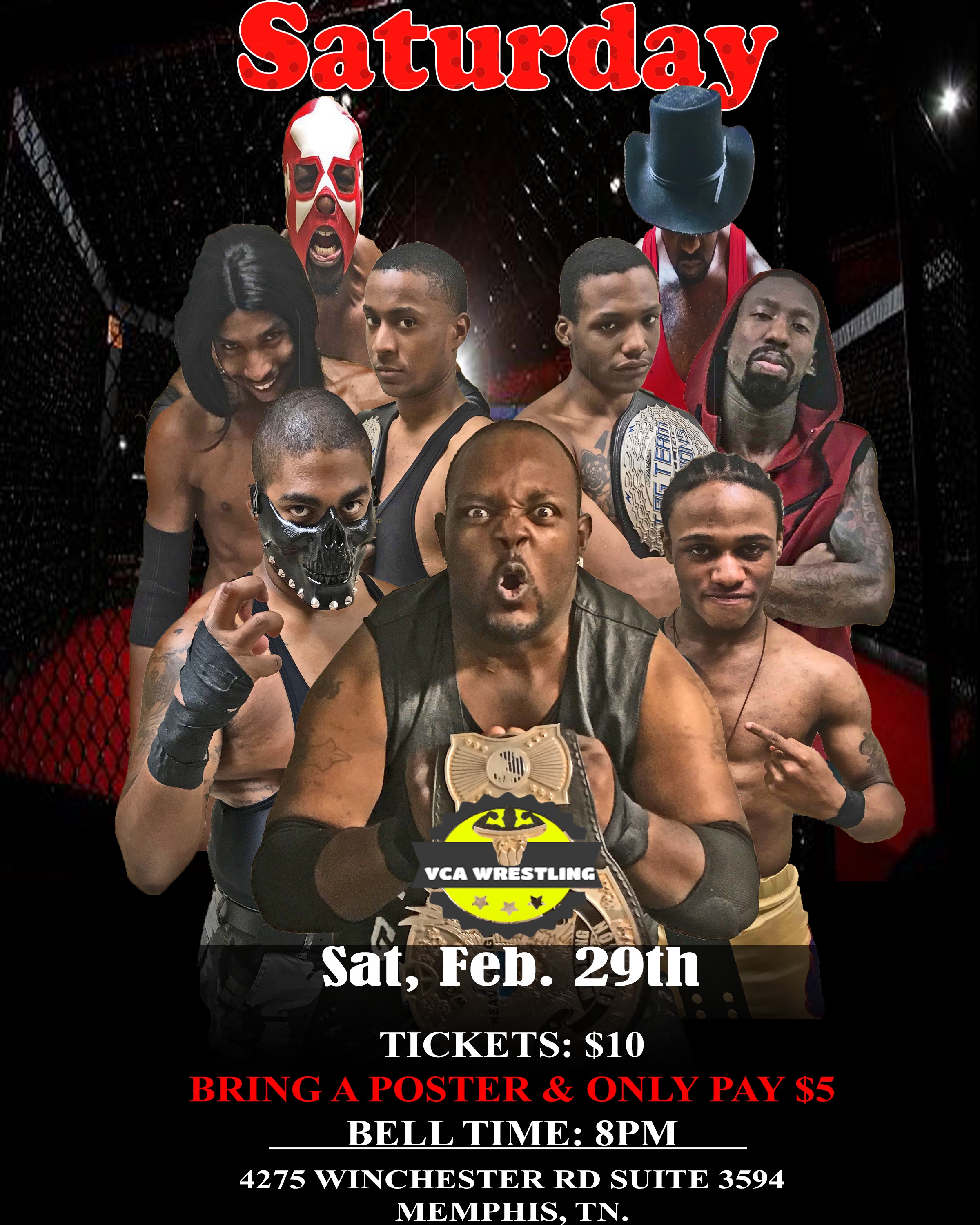 This Saturday night at VCA’s fan bring a poster night, Brothers In Arms member, Tank, will finally receive a rematch for an opportunity to regain the VCA Juniorvative championship held by the “Fresh Prince of Memphis” Michael Clark.

Mike acquired the championship weeks ago in which many felt Tank was robbed out of the championship due to outside interference. Tank had been wanting a rematch for the championship for weeks, but was unable to receive one right off due to his current dilemma with the number one contenders for the tag team championships the Cabinet.

The contest between Clark and Tank will likely be a heated one due to the two having no love lost between them, but there can only be one winner this Saturday night. Tank feels the junior championship by right is his whereas Mike feels he’s at the top of the mountain during this time.

This Saturday night at 8pm, the two will collide at 4275 Winchester Rd. Suite 3594 Memphis, TN. If a fan bring a poster that fan will enter the event for only $5. If not, fans will pay the admission of $10. Come out and witness the best professional wrestling action in the Mid-South at VCA Wrestling.