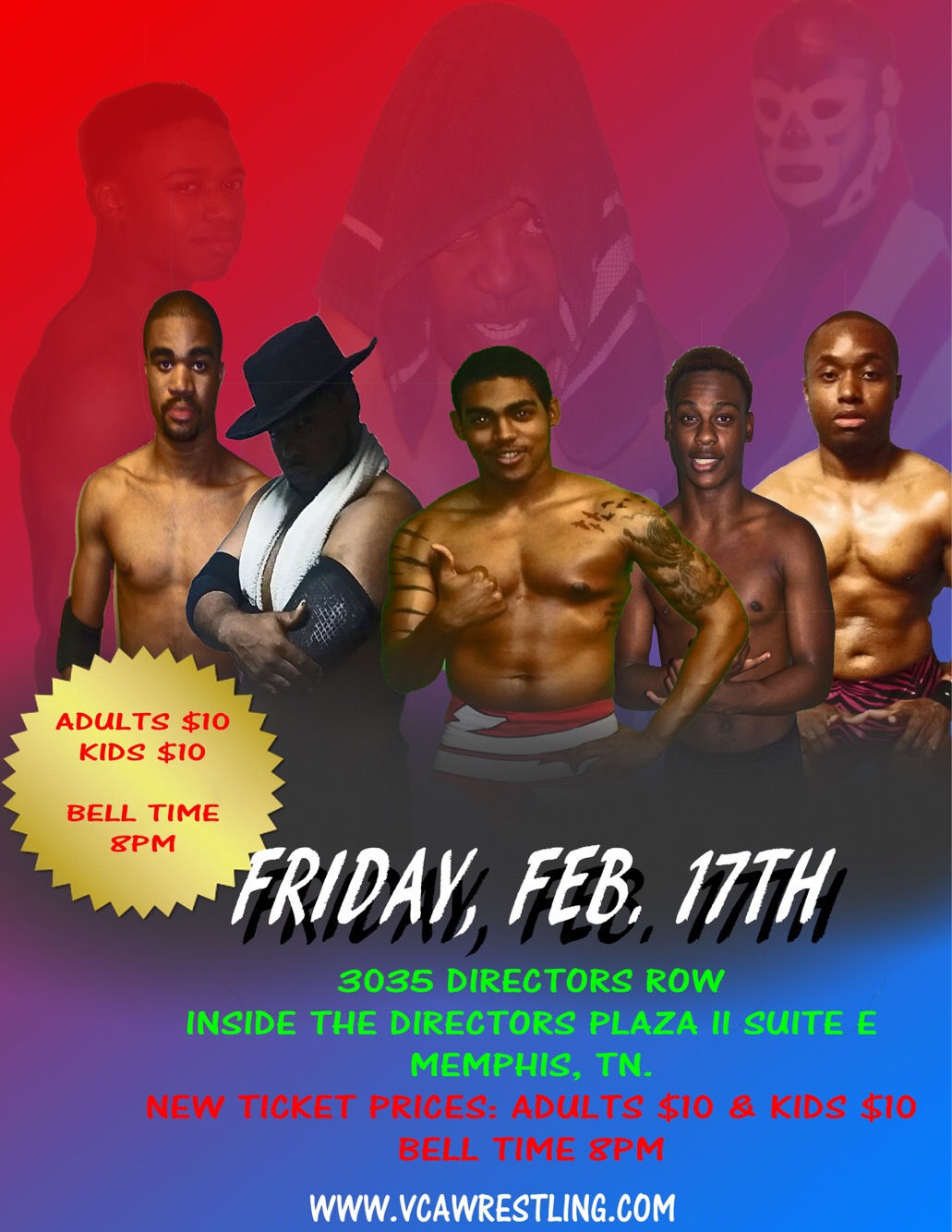 VCA would like to send a reminder to fans that beginning this Friday night all tickets are $10 including those for kids.

Friday, March 10th, VCA will host its annual MegaFest event, but this year’s MegaFest will include a 15 man over the top Battle Royal.

The Golden Ticket can be used at anytime for any championship including the heavyweight title, tag team titles, and the juniorvative title (this is only if the competitor is less than 200lbs).

Bell time for MegaFest is 8pm. If one chooses to purchase advanced adult tickets the price is $20. With that advanced $20 ticket, an adult will receive a FREE ticket for a child 17 and under. This is a great deal, but there is a catch. There will on be 10 advanced tickets sold so the advanced tickets will need to be purchased soon!

Join the stars of VCA this Friday night for their weekly Friday night event. Remember, all tickets are $10. Bell time is at 8pm. The address is 3035 Directors Row inside the Directors Plaza II Suite E Memphis, TN.