Results from this Friday night 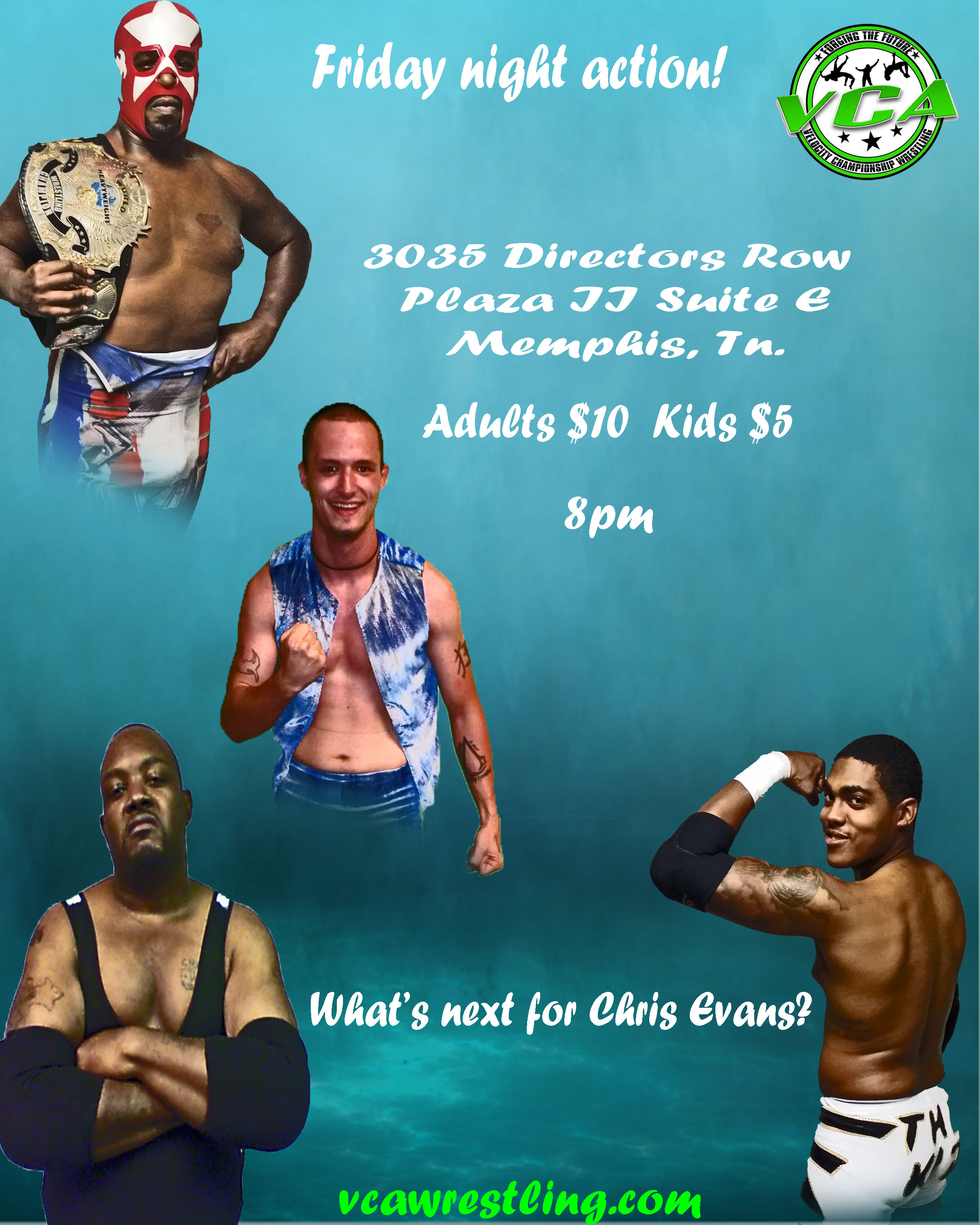 The show kicked off with Terra Rae in the ring delivering a message to the VCA fans. Rae informed everyone she was tired of talking and wanted Kaptain Justice to enter into the studio to give everyone an answer.

Justice entered, but he was in a somber mood as he had to make the decision of keeping his championship or giving the title up to employ his friend. Speaking of Evans, at the start of the show he was stationed in the concession area selling popcorn. This was Rae’s way of punishing Evans.

Justice revealed the situation wasn’t about the title or either of them, but Justice said it was about the fans and the fans wanted Evans back so Justice handed the title over. Rae claimed Justice did the right thing.

The opening match of the night featured Syn and Xander Raines. Syn came out bragging on how he was the best in the area after defeating Mike Cobb last week and said no wreslter in the VCA could touch him which pissed one BIG man off. That one big man was Xander Raines.

The Grenada Beast entered and told Syn he could say what he wanted about the other guys in the back, but it wouldn’t fly with him. Raines said if Syn felt he was the best he could compete against him one on one. Syn being the cocky person he is accepted.

The majority of the match Syn ran and tried staying free of Raines’ grasp, but that only lasted a short time. There were numerous times Xander looked to put Syn away, but Syn refused to go down without a fight. Luckily for Syn, the big man from the South tired easily and gasped for air. In the end, Syn beat the count and Raines was counted out.

Next, Terra reentered the studio and informed everyone that Evans had his job back, but Terra insisted that Evans will continue to do what he’s told because she’s the boss. Rae forced Evans to team with Tiny to take on Malik and Justice.

Evans didn’t want to partake in the match, but Evans knew he had no choice or he’d be fired again. Throughout the match, Terra and Tiny would indulge in cheating tactics and wanted Evans to do the same, but Evans refused. Rae and Tiny could be heard shouting at Evans telling him he will do as he’s told.

In the end, Terra handed Evans a shoe, but Evans handed the item back to Rae. Rae shouted at Evans, but Evans listened to his fans and declined. Evans turned around and Justice drilled Evans to the mat with a Chokeslam getting the win for the evening.

After the match and all men had retirned to the back, Terra entered the studio once more. Terra, who didnt look so well, said she received a call from the Board which said she’s unable to strip Justice of his championship without probable cause. Rae placed the title in the ring and told Justice to come get his belt. Rae’s hatred had grown so much she didn’t even want to hand the title over to Justice. As Justice came and got his title, Terra informed Justice next week he’d defend his championship against Chris Evans.

The main event was set for the VCA Juniorvative championship between Allen Dalton and Brooks. Brooks, the reigning champion, decided he’d accept Dalton’s rematch for the title.

Dalton might have gotten the jump on Brooks, but Brooks still pulled off the victory as he channeled Eddie Guerrero. Brooks was about to nail Dalton with a chain, but Dalton took the chain. Brooks instantly fell to the mat as if Dalton had hit him which Dalton didn’t. The referee disqualified Dalton and awarded Brooks the match.

As Brooks said before this match, Brooks is preparing to team with TNA Impact Wrestling’s Dj Zema Ion Friday, October 9th. Tickets for this event is $15 for adults and $10 for kids. 3035 Directors Row inside the Directors Plaza II Suite E Memphis, Tn. Bell time 8pm. Get your tickets now!