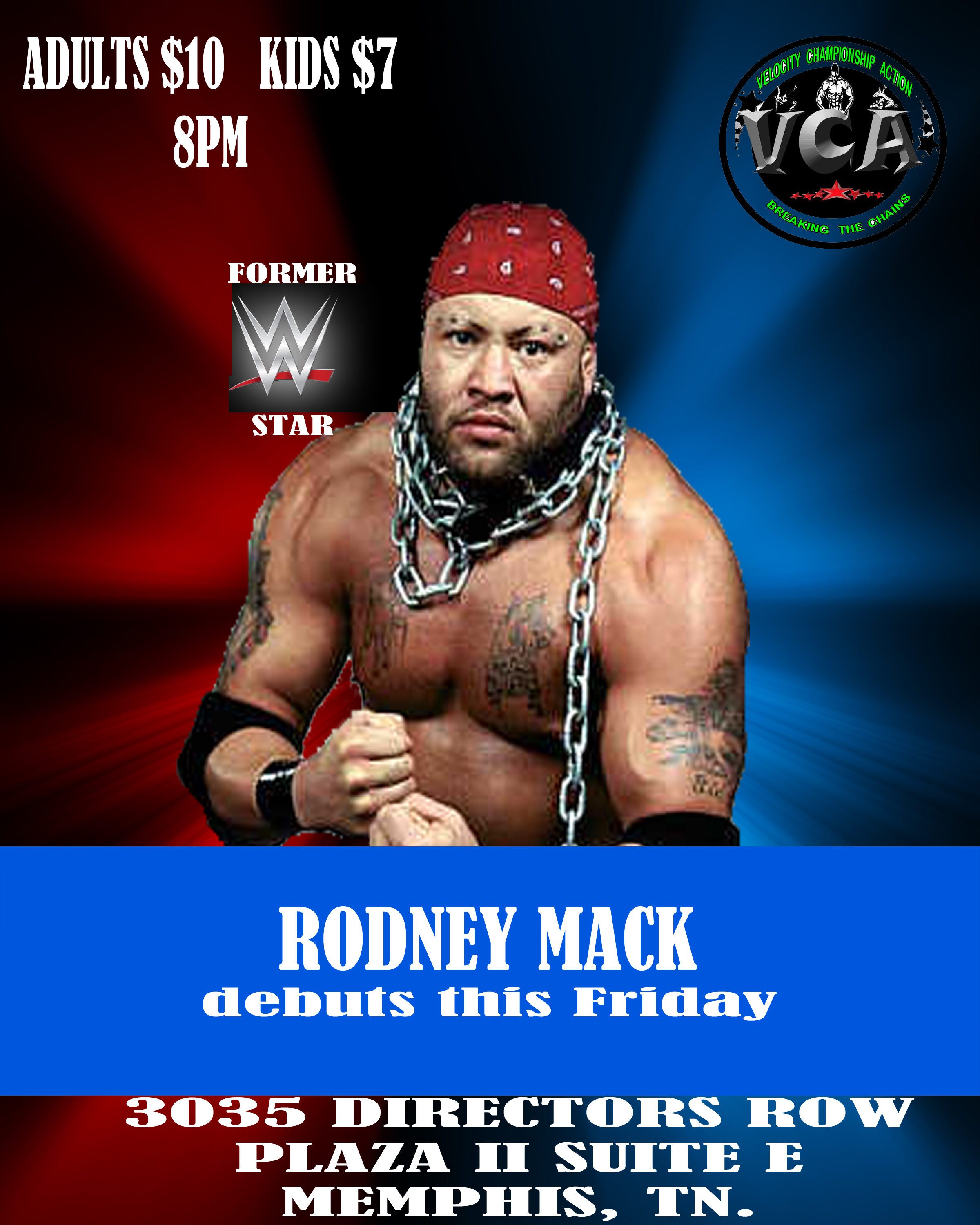 Former WWE superstar, Rodney Mack, made his Velocity Championship Action debut this past Friday and it was as vicious and brutal as many would imagine.

Allen Dalton opened the main event by addressing the fans and reminding them that directly after his win over Big Tiny at Broken Hearts, Terra Rae announced that his next competitor for the heavyweight championship would be Rodney Mack. Dalton claimed he comprehended it would be a challenge but he’s up for it as long as the VCA fans are in his corner. Hearing this in the back, Johnny “The Sleeper” Gilbert decided to enter the studio to give Dalton a piece of his mind.

Gilbert, who was accompanied by Rae, informed Dalton he was the reason Dalton was heavyweight champion. Gilbert was referencing when he mistakenly nailed Tiny at Broken Hearts.

Dalton quickly informed Gilbert that if that’s the way he felt why don’t he do something about it, but what Dalton didn’t know was that Rae was thinking the same thing. Rae informed Dalton that he’d be competing in a non-title match against Gilbert right now.

As both warriors dished out punishment throughout the contest, Dalton would have the last laugh as he drilled Gilbert to the mat with the A.D. Just as Dalton went for the cover, Mack hit the ring.

Mack clobbered Dalton sending the match into a disqualification. Referee Dwayne tried intervening but he too was hammered by a huge forearm to the face. Fans were stunned and shocked by Mack’s behavior.

As if that wasn’t enough, Andres Sanchez tried aiding Dalton, but Mack gutted Sanchez and tossed him through the air with an overhead belly-to-belly suplex.

Mack continued punishing Dalton by throwing him in the corner and putting the boots to Dalton. Not long after, Chris Evans entered the ring showing some signs of fight, but he too was quickly cut off and nailed with an unforgiving headbutt from Mack.

A persistent Mack headed back over to Dalton delivering a back shot to Dalton with a huge metal sign. Fans yelled for Dalton to make it to his feet, but Dalton was out! Another referee entered and he too was attacked.

Mack then scooped the poor referee up and pressed slam him from one side of the ring to the next. Fans at this point were in an uproar over Mack’s actions.

Dalton was then finished off by multiple huge splashes by Mack. A trail of bodies were laid everywhere throughout the studio as Mack said he ran the yard.

Mack later delivered a backstage interview where he said he had Dalton’s scent and the heavyweight championship hunt was now on.

This Friday Dalton said he has a lot to say about the ruckus Mack left this past Friday night and what he plans on doing about it. As usual, bell time is at 8pm. Adults pay $10 & kids pay $7.