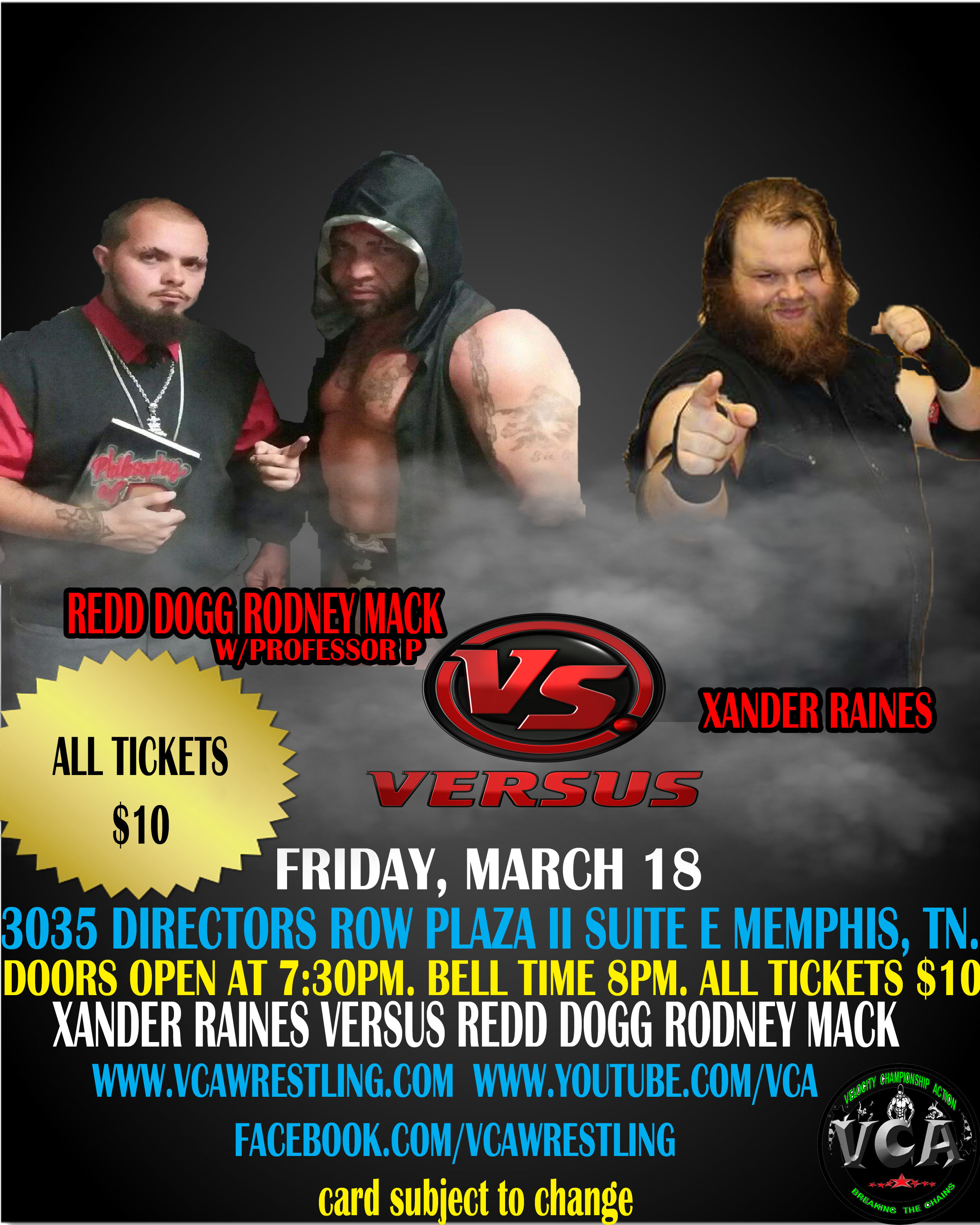 Last night wasn’t a Supershow or major event, but the VCA stars brought it like it was and fans in the mid-south will only find that type of action at Velocity Championship Action.

The big man from Grenada, Xander Raines, went toe to toe with former WWE superstar Rodney Mack. Xander said Mack wasn’t going to walk into his yard and take over and that’s exactly what Raines meant.

Raines took it to Mack bashing Mack from pillar to post unleashing his inner beast on the Mack man. Raines attacked with punches, elbows, clotheslines, and his now famous roller, but none was able to put Mack away.

Mack fought the beast back by delivering a powerslam, a headbutt, a clothesline, and was finally able to get the win when he scored with a spear from out of nowhere.

Raines has nothing to be ashamed of as he was the first to give Mack a good run for his money. After the match Raines informed everyone he was taken by surprise by the spear but he and Mack would meet again.

Towards the end of the match Malik delivered a suicide dive over the top ropes taking out both Tiny and Dalton. As Malik made it back to his feet, Brooks came out and shoved Malik to the ring post knocking Malik completely out.

Brooks stated earlier during the show that during the 2016 Battle Royal his prime objective is to not only win the Battle Royal, but it’s also to personally throw Malik over the ropes.

Getting back to the match last night, Brooks threw Malik back in the ring without anyone including the referee noticing.

Not seeing what happened, Dalton slowly crawled in the ring and covered Malik getting the win and retaining his championship for the match. Dalton celebrated after the match, but it was short lived as Terra Rae made her way into the studio.

Rae informed Dalton that his night wasn’t over because he had another match and it was against Rodney Mack for the VCA heavyweight championship. Fans were outraged!

Despite fans and Dalton’s disapproval, Dalton had no choice but to compete in the match. Dalton tried putting up a fight, but Mack cut him off and delivered a Piledriver. Fans knew the match was over, but somehow Dalton kicked out. Dalton showed his determination by not giving in and showing some signs of fight, but that would soon end.

Mack, who couldn’t believe Dalton’s tenacity, scooped Dalton up and drilled Dalton to the mat with a belly-to-belly suplex finalizing the deal. Mack is the new VCA heavyweight champion!